Everything you need to know about F1’s party mode ban

The Italian Grand Prix is the first Formula 1 weekend since teams have been told to run the same engine mode in qualifying and the race, eliminating so-called ‘party modes’.

Some teams hope it will shake up the competitive order in qualifying, while others – like the championship-leading Mercedes outfit that has the best engine in F1 this season – think it will be a compromise that allows for better performance in races.

Monza will therefore be a crucial weekend in learning about the impact of this in-season rule change, and this is the key information you need to know to understand it.

It’s the ICE side that’s been targeted here. That means the settings that change fuel flow, air pressure, ignition timing – all the things that relate to the combustion process.

From Monza, teams will now have to use one engine map from the start of qualifying to the end of the race. 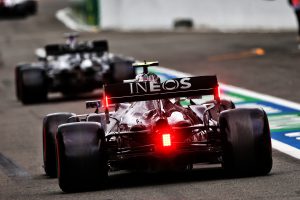 There are exceptions for specific circumstances, such as the formation lap, laps under safety car conditions, and laps that are purposely at a very slow pace – the in-lap after the end of a race, or the out-lap in qualifying, for example.

Drivers are therefore losing the punchiest engine setting for qualifying and key moments in the grand prix. For Mercedes, this is ‘Strat 2’ – which, used for the two laps in Q3, turns up the engine to the absolute maximum.

But teams also sacrifice the flexibility they have had until now to shuffle between two or three engine modes throughout qualifying to find the best blend of performance and reliability.

Why the FIA has taken this action

Until now, it has essentially relied on a multi-lap average of what its sensors are recording because the signals from those sensors get distorted by electrical noise when different engine modes are used.

We saw with the Ferrari engine saga of 2019 that the FIA lacks the resources to police these regulations as much as it would like to, because it could not determine whether that design was legal or illegal – even though it had suspicions.

Stripping away the highest-power engine modes – dubbed the “party mode” by Lewis Hamilton in pre-season 2018 – is the FIA’s chosen way to beef up this particular monitoring process.

Why drivers will still be changing engine settings

As mentioned above, the FIA’s technical directive explaining what teams can and can’t do specifically relates to the combustion engine.

It means the energy recovery side of the engine is still free to be used as required. This impacts the deployment of 120kW of power from the MGU-K and charging the MGU-K and MGU-H. 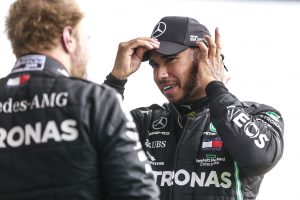 Why should the latest ‘punch’ floor Hamilton and Mercedes?
Read more

So, the ‘party mode’ is out, but the ‘overtake’ button can still be deployed and drivers will still be changing certain settings during the race to manage their electrical energy.

That is a boost as some had feared an outright ban on engine setting changes would result in dull races as saving energy to deploy in attack or defence has become a key part of modern-day race strategy.

Track position is vital so maximum deployment is important at the start of the race, but it’s also a useful tool in combat at any stage if a driver finds themselves locked in battle.

The V6 turbo-hybrids are an incredible engineering feat but they are also very sensitive, and they have a ‘shelf life’. Different engine modes can accelerate or slow down the progress towards the engine’s mileage limit.

Recently, Mercedes boss Toto Wolff claimed that using five laps of the ‘party mode’ was akin to 25 laps of running the engine in the race. That means more race time dedicated to performance without worrying if the engine’s going to let go.

Manufacturers may choose to run their engines turned up slightly higher for grands prix as a result. It will depend on what they estimate the impact of no more banzai qualifying laps to be on the engine’s duty cycle.

But the upshot could be trading ultimate laptime in qualifying for a few crucial laps of engine mileage, or a slightly uprated all-round performance level.

Will it make a difference?

The manufacturers will know what they stand to lose from this change and have an idea of what peak performance their rivals enjoy, but it’s a bit like pre-season testing – they are probably guessing what that means versus the competition.

Friday’s qualifying simulations in free practice will be the first clue, then we’ll get another in FP3 on Saturday. But until everybody turns it up to 11 in qualifying, we won’t know the impact on pure performance.

And that’s not the end of it, either. What one team trades away on a Saturday, perhaps it will gain back on a Sunday? That’s been Mercedes’ message so far: lowering the qualifying peak should let them run the engine harder in the race. 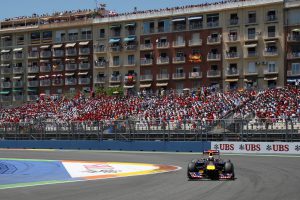 “It will be intriguing to see how it affects the absolute and relative competitive order on Saturday and Sunday,” said Wolff. “We’re excited to take on the challenge and turn it to our advantage.”

For a team like Ferrari, which is down on power and seriously exposed in qualifying, the situation is different.

“It may affect some of the teams – I will be curious to see how much and which teams,” said team boss Mattia Binotto at Spa.

“It will be interesting in that respect.”