Enzo Fittipaldi won the first of F1’s Virtual Grand Prix for Haas after a several lap long battle with Ferrari’s Arthur Leclerc at the Red Bull Ring on the F1 2020 game.

Before the feature race with the array of racing drivers, influencers and invited guests, racing drivers had their places on the starting grid determined by the results of an earlier sprint race involving the sim racers.

The 2019 F1 Esports Champion David Tonizza maintained his spot at the front of the field to win the five-lap sprint race.

A last lap overtake by Brendon Leigh, in his first race since joining Ferrari, on Red Bull’s Marcel Kiefer meant Arthur Leclerc started in third place and ahead of Alex Albon.

However, an issue at the start of the race meant Albon started the race from the back of the grid.

A chaotic start for Davidson as he broke too late into Turn 3 and spun heading into Turn 4 gave Ferrari a clear 1-2 early in the race with Armstrong out in front. 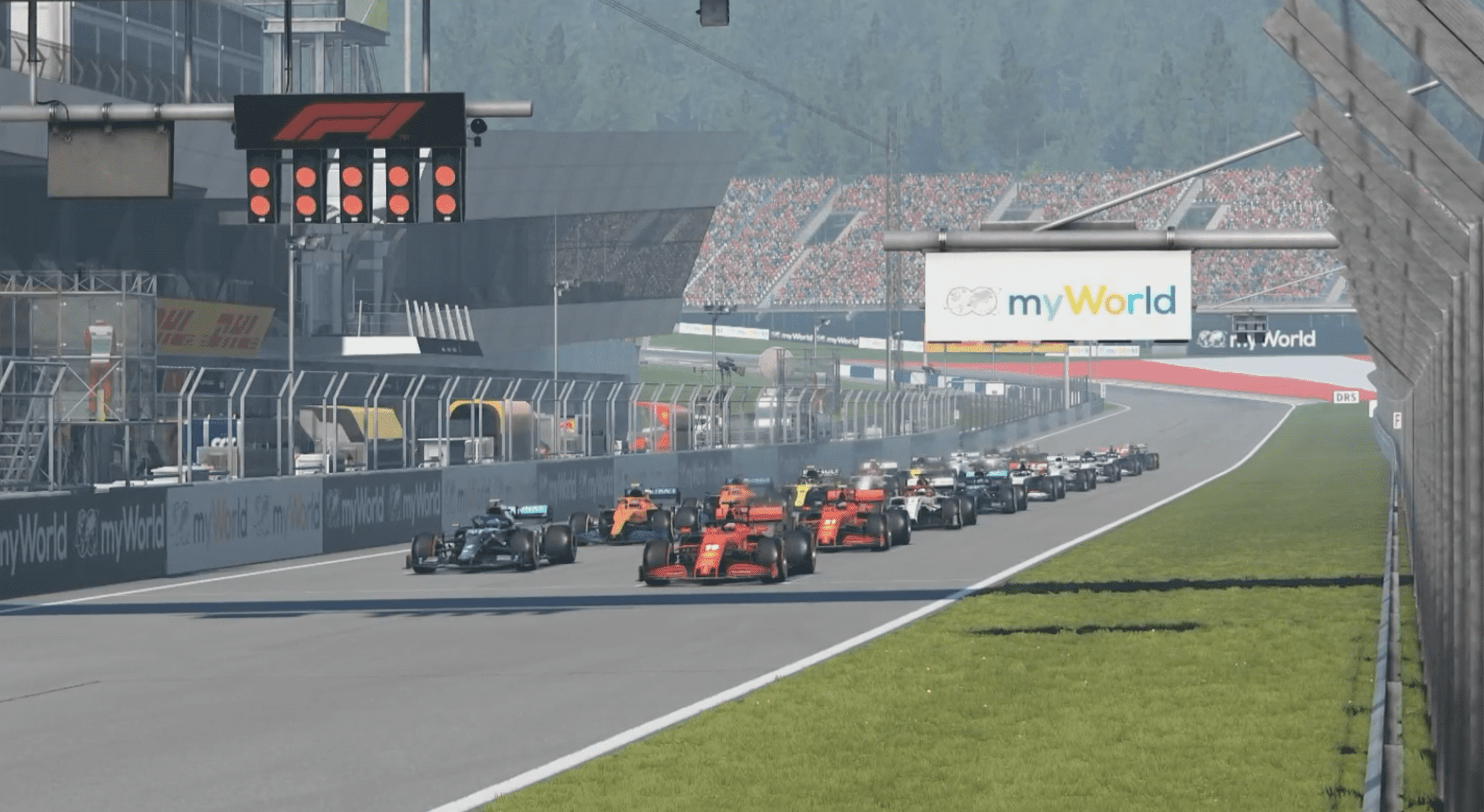 It was on the second lap that Leclerc passed his Ferrari team mate for the lead of the race with a move on the inside of Turn 4.

Arthur Leclerc held onto first place once everyone had done their mandatory stop for new tyres, however an undercut strategy by Haas’s Enzo Fittipaldi put him up to second place and within striking distance of Leclerc.

The two drivers traded places multiple times in the closing stages of the race, but the pivotal moment was when Leclerc ran wide and accrued a second three-second time penalty for track limits. 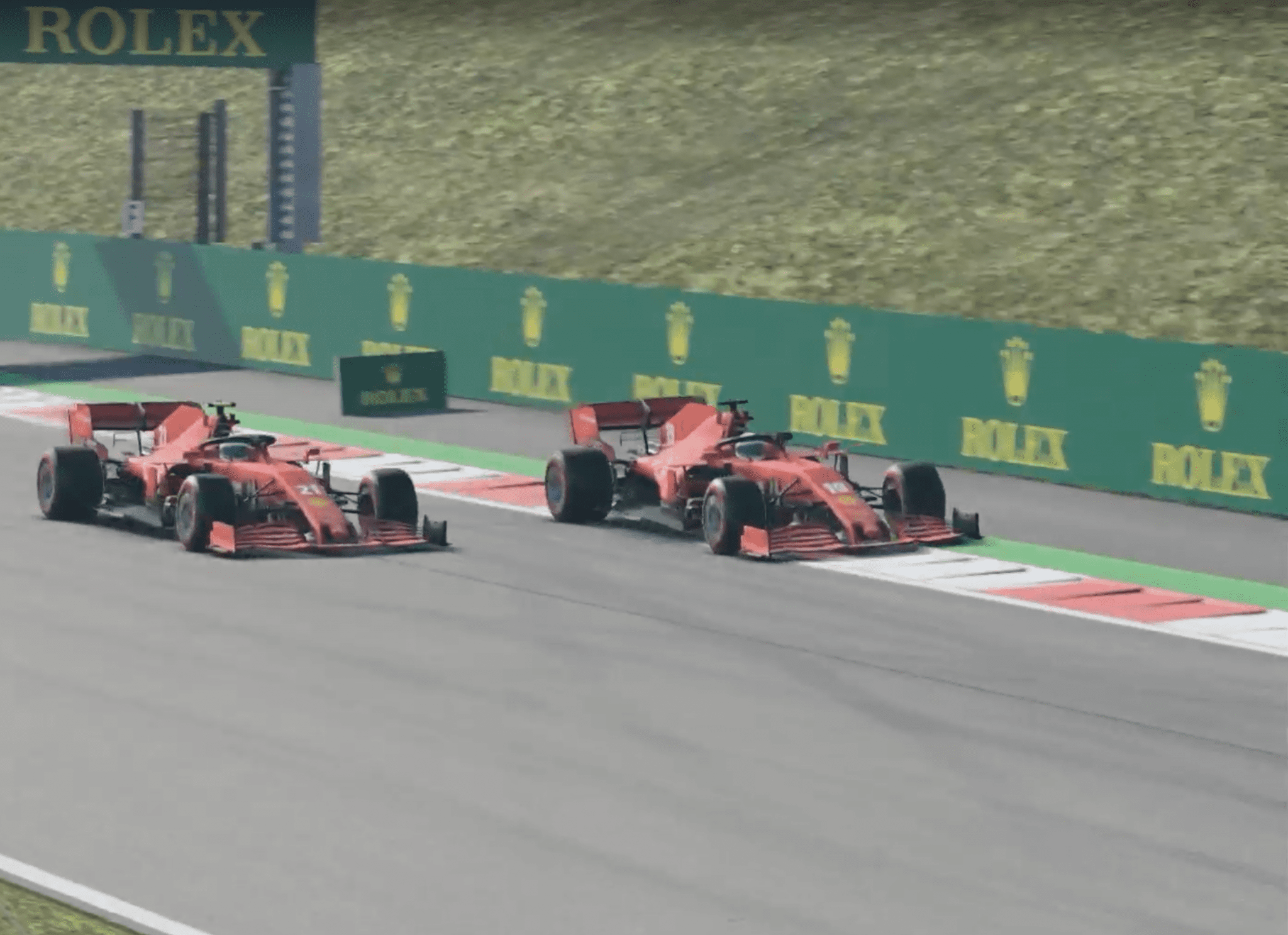 At that point Fittipaldi was on course to take victory anyway, but that didn’t stop Fittipaldi from taking first place on circuit as he dove up the inside of Leclerc under braking for Turn 3.

Enzo Fittipalidi therefore won the first of this year’s Virtual Grands Prix with Mercedes’ Stoffel Vandoorne in second place as he closed up to the top two in the final few laps and had one less time penalty than Leclerc.

Despite the additional time added to Leclerc’s race he still had his best result in a Virtual Grand Prix, beating his fourth place from the Virtual Australian Grand Prix last year. 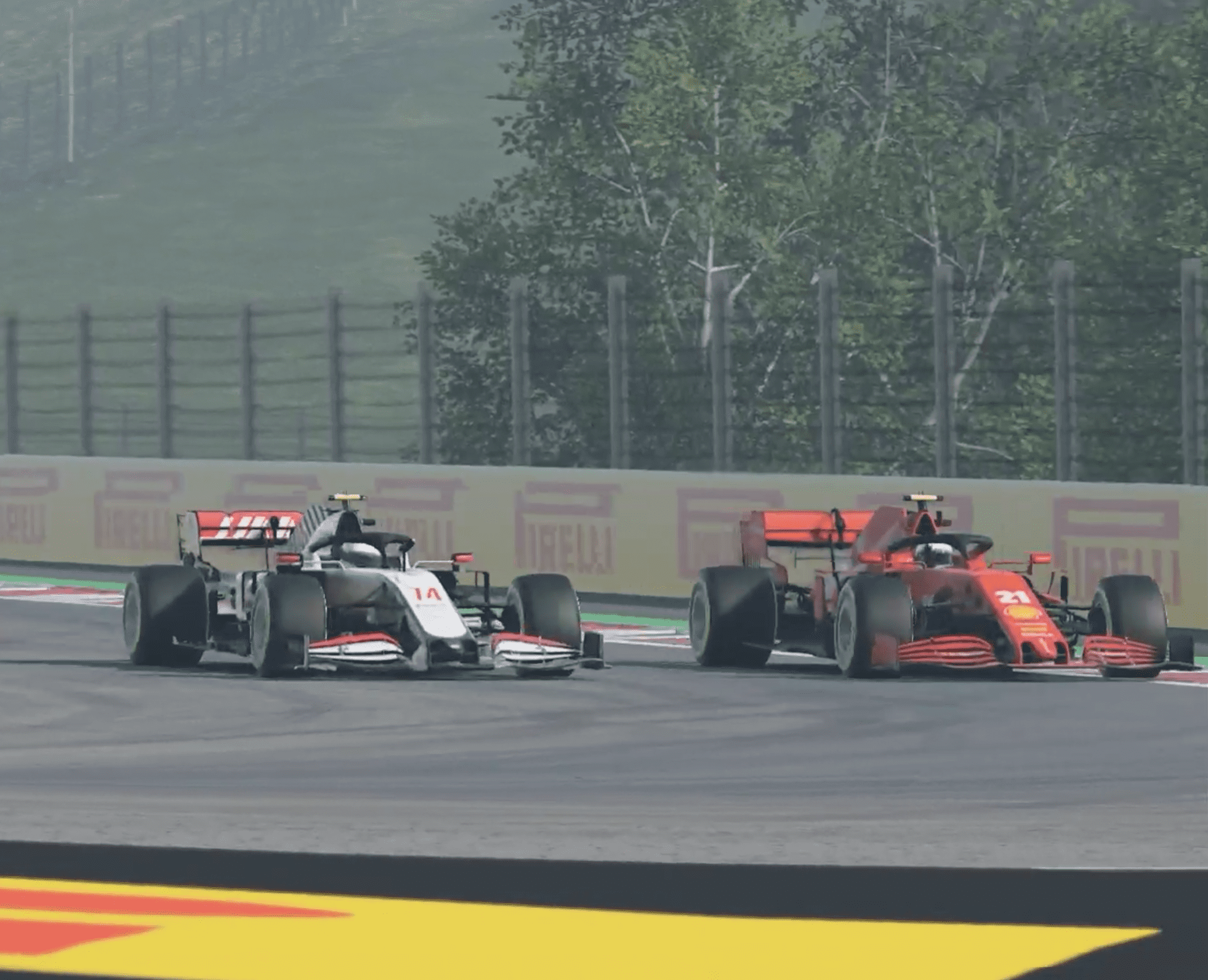 Albon recovered to cross the line in fourth place as he went for the same strategy as Vandoorne, starting the race on the medium compound tyres before changing to the softs late on.

Real Madrid and Belgian international goalkeeper Thibaut Courtois set the fastest lap of the race as he raced on behalf of Alfa Romeo.

Two more Virtual Grands Prix will take place over the next two weeks with Silverstone holding the next event as each team competes for a share of the $100,000 prize pool for their chosen charity. 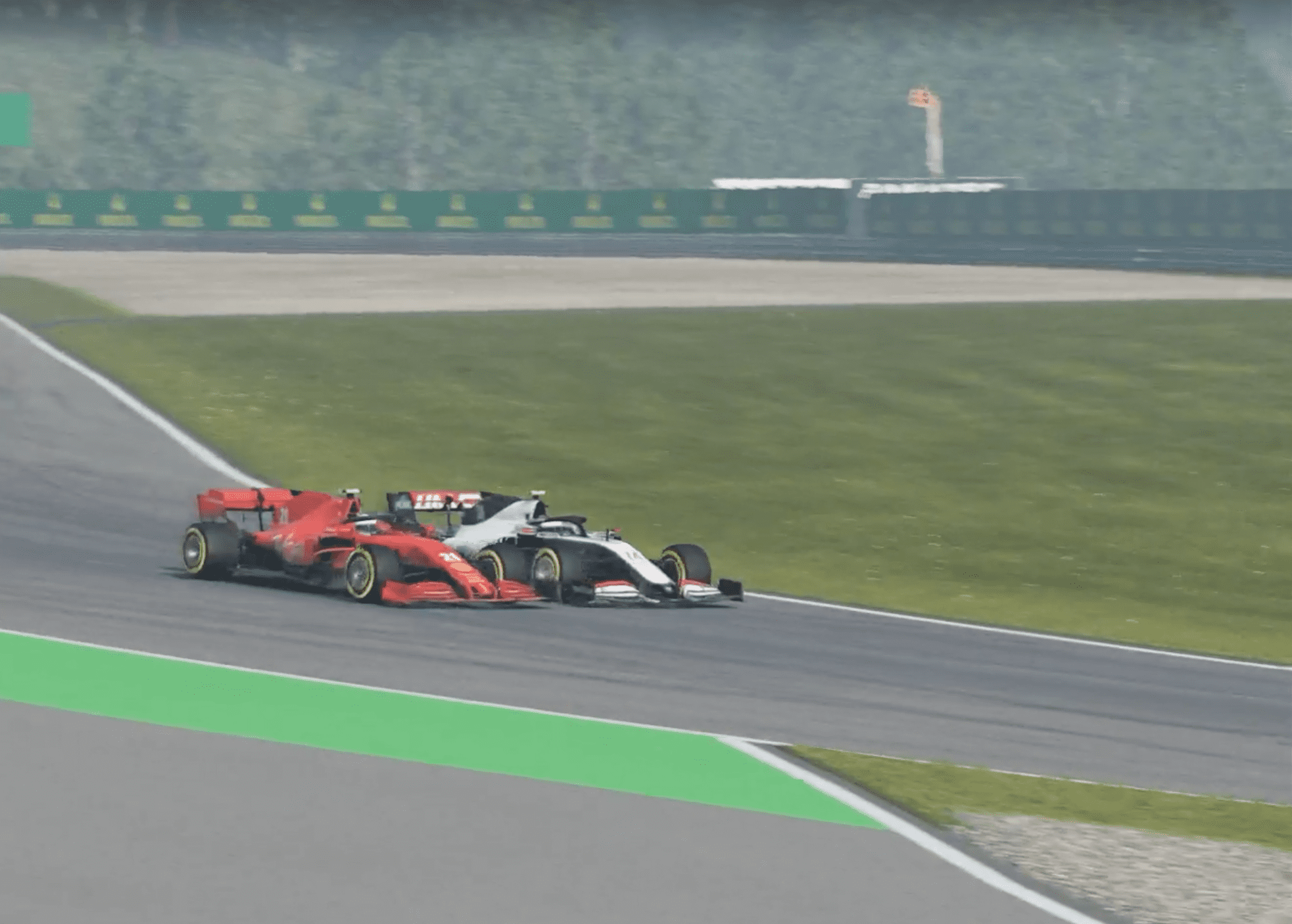