With nine races in the history books and eight to go, we’re as close to the middle of the 2020 Formula 1 season as the odd number of races permits.

After every race weekend, we rate the drivers out of 10 for their performances throughout practice, qualifying and the race. Taking the average of these numbers so far allows us to take a look at the ranking of the drivers so far.

While nine races is a small sample set, meaning the odd mistake here or there will distort the ranking, and the tight spread of average ratings means it won’t take much to the shuffle the order, this gives us a picture of the overall performance of the drivers in the season so far.

Average ratings do have limitations given they divide the season into nine equally-weighted chunks and don’t factor in other more intangible performances, but ultimately they show who has done well, who has done badly and who is in the middle so far this season.

Our graphics display the scores to one decimal point, but where drivers appear tied their order in the ranking is decided to going to further decimal places.

It’s a shame to have to say it, but Giovinazzi has not done his ability justice even in an uncompetitive Alfa Romeo this year.

In the first part of the season he had the pace advantage over Raikkonen but that has slid away and he’s become firmly the second Alfa Romeo driver.

Vettel is categorically not the second-worst driver in F1, but his struggles this season, which have been multiplied by the strained relationship with Ferrari team management, have clearly dragged him down.

There have been some bright moments, notably his Spanish Grand Prix race drive, but too many weekends when he’s been miles off Leclerc’s pace.

Magnussen’s season has gone off the rails a little in recent races after a bright start as he seems to have been reaching for something that isn’t there in the limited Haas.

But at his best, as in the race in Hungary, he’s shown everyone what he’s capable of – and it’s more than just head-down hard-charging.

While not ranked very high overall, Latifi has put together a quietly impressive rookie season where he has been consistently decent but not reached the heights of his team-mate Russell.

The foundation is there for a good second half of the season to complete a solid first F1 campaign.

While it seems cruel to have Albon ranked so low, the execution of his weekends hasn’t justified higher ratings even if the promise has been there.

He’s got a difficult task taking on Verstappen in only his second full season and the performance is in there somewhere but it’s essential he starts to unleash it far more consistently.

Things have got better for Grosjean as the season has gone on, with a few flashes of magic balancing out some of the lower moments earlier in the year.

The class and determination is still there, but so are the times when he can’t get a handle on the car.

It’s been a constant but largely unsuccessful battle to get a foothold up against Ricciardo at Renault for Ocon on his F1 comeback.

There have been signs of progress but not yet enough, although given it took Ricciardo himself time to settle in at Renault last year the second half of the season will be telling.

Qualifying has been the big weakness for Kvyat, who has only been ahead of team-mate Gasly on the two occasions the Frenchman dropped the ball in qualifying.

His race drives have been decent but overall his season has been solid rather than spectacular.

A season of two halves for Raikkonen, who only shone in occasional fits and starts early on but has shown well as the Alfa Romeo has improved.

His peaks have been very good without ever quite convincing that he’s getting the last few tenths out of the car but overall he’s shown he can still cut it in F1.

A good, solid campaign so far for Stroll but one where he initially struggled for consistency and that has lacked absolute peaks.

But the fact he’s ranked firmly in the middle of the field shows he’s proved his worth as a decent F1 driver.

Judged by qualifying alone, Bottas would be much higher. But it’s his struggle to execute strong races on Sunday that works against him.

Yes, he’s got the toughest possible team-mate but even the man himself has been frustrated by the way some of the races have gone.

While he’s missed two races and results have not been quite as good as his driving deserves, Perez has been a strong performer this season.

Stroll has more points, but the fact Perez missed two races and has generally been the quicker of the two (only being outqualified once in the six dry qualifying sessions both have contested) shows he’s still delivering at a good level even if he’s a bit below last season’s excellence.

Leclerc’s average is dragged down by his two big mistakes – collecting Vettel at the Red Bull Ring and crashing out at Monza.

Those aside he’s been consistently excellent and, with a smooth run over the second half of the season, should climb his way back up the average ranking table to a more representative position.

It’s been a fine second season for Norris, but there’s still some rough edges that have held him back a little.

He’s also not quite been as consistently excellent as Sainz, but even so he’s built on the promising start last year and his errors have not been huge ones.

Russell’s ratings this year have been the subject of consistent criticism in our reader debates, but given he’s in the car that’s usually slowest on race day his performances have been impressive.

What he has lacked is a calling card weekend where he’s aced everything beyond question, hence a lower peak than many of his rivals.

Save for a poorly-executed weekend at Mugello where until qualifying, his pace was excellent, this has been a superb season for Gasly.

His victory at Monza wasn’t even his strongest all-round weekend rating and, Mugello aside, he’s always been a points threat but for races where factors outside of his control went against him.

While the erratic Renault sometimes makes it difficult to judge the drivers, Ricciardo has largely been excellent this year with just the one major in-race mistake – the spin at Silverstone. His Spa performance is the highest individual rating of the season so far.

At his best, he’s been outstanding, and at his worst he’s still been very strong.

Even when he’s not had a good result, such as in Hungary or the Silverstone races, he’s generally driven well and lost out to circumstances outside of his control.

Usually, Verstappen has dragged the most from the tricky Red Bull and even when things have gone wrong, such as on the laps to the grid in Hungary, he’s recovered well.

At or close to Hamilton’s level, but he just doesn’t have as good a car.

The best car? Certainly. But he’s used it brilliantly, as you’d expect of an all-time great, and his comparison with Bottas shows the extent to which Hamilton makes the best car even better. 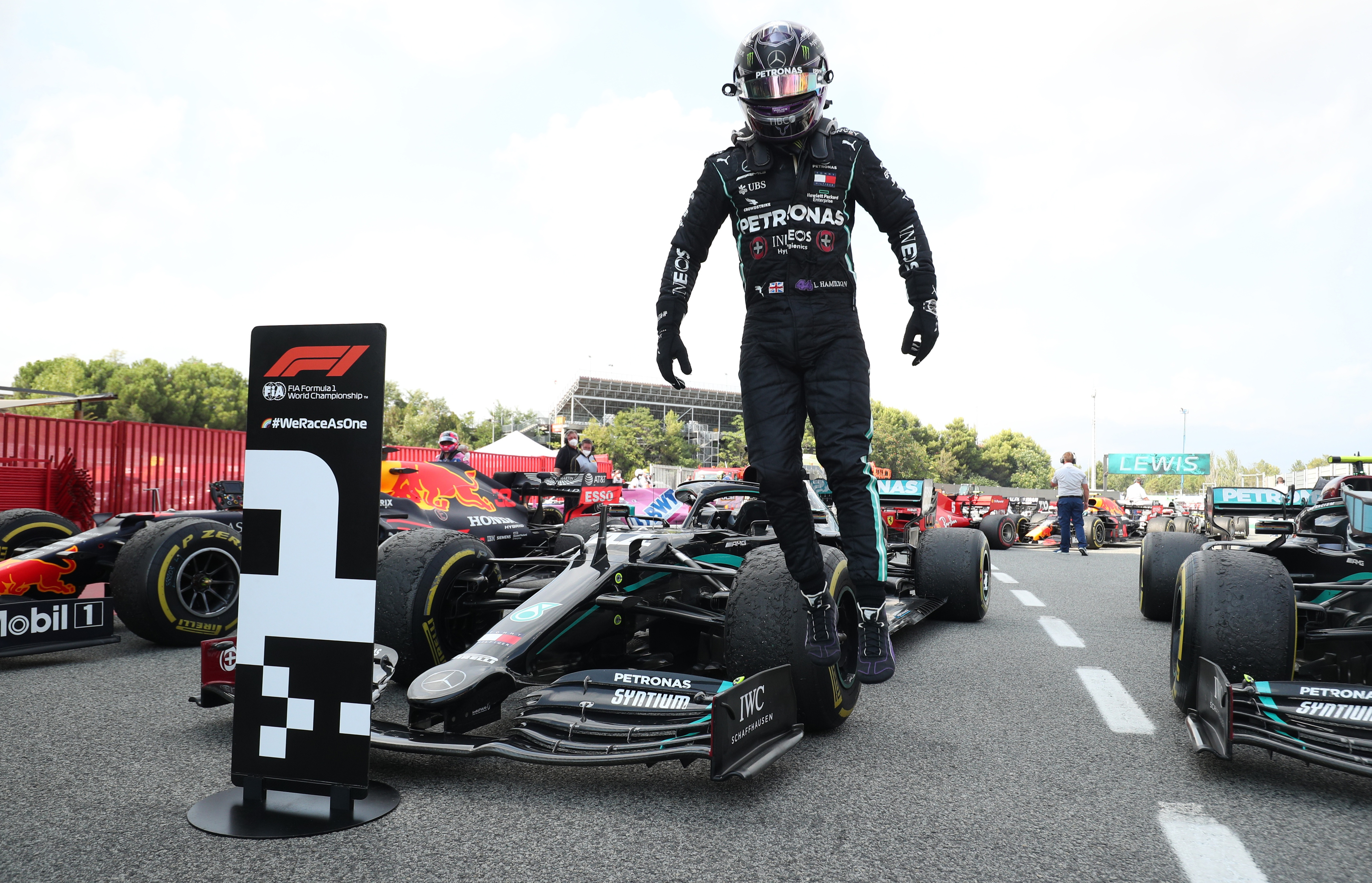 He’s unranked because two outings isn’t a big enough sample set and to place him third – where his actual average score puts him – would have been misleading.

But Hulkenberg showed exactly why he still has something to offer in F1 on his two Silverstone outings for Racing Point with minimal preparation.