Does Magnussen have a realistic shot at an IndyCar drive? - The Race
Skip to content
Formula 1, IndyCar

Following the news from Formula 1 of Kevin Magnussen’s exit from Haas, it is no wonder he was immediately linked to IndyCar.

His father, ex-Formula 1 driver Jan, raced for Penske and Patrick Racing in the 1990s in CART, and followed that up with a long stint with Corvette in the various forms that US-based sportscar racing has taken in the 21st century.

The spec-chassis and unpredictability of cautions make for entertaining races in IndyCar, and it has recently been boosted by the likes of Fernando Alonso trying the Indianapolis 500 and Marcus Ericsson making the series his permanent post-F1 destination.

Magnussen was asked in the build-up to the Portuguese Grand Prix if IndyCar was a possible landing spot for him.

“IndyCar has been something that I’ve been interested in always,” he said.

“My dad was an IndyCar driver back in the 90s and I’ve been to IndyCar races with him as a small child.

“I just always thought it was super cool and I would love to have a go in that sometime.

“But at the moment I think even outside of F1 the whole motorsport world is hit by the times that we have this year, and it doesn’t look easy to get good deals over there.

“I’m not saying no to it at all, and not saying it’s impossible but it looks slightly difficult.”

With the IndyCar silly season in full swing and Magnussen now on the market, it’s the perfect time to assess where 2021 is at in terms of drivers. 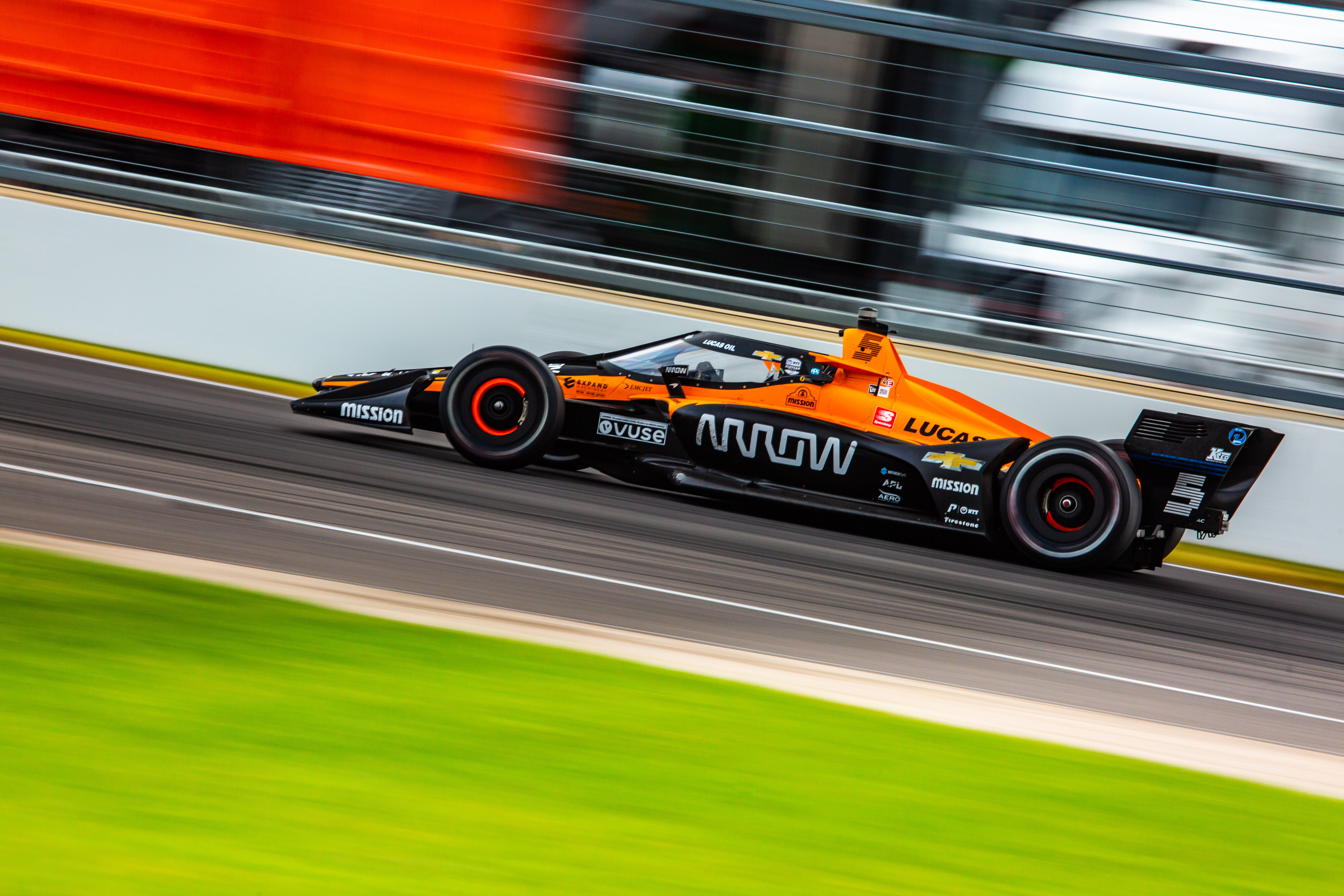 McLaren bought into the IndyCar team Schmidt Peterson Motorsports last year (pictured), so when experienced F1 drivers – especially ones previously employed by McLaren like Sergio Perez or Magnussen – face the possibility of dwindling F1 chances, it is often asked about wanting to sign them.

Zak Brown, McLaren’s CEO, confirmed interest in Perez when it was clear he was being dropped from his Racing Point seat earlier this year, and now Magnussen has been connected with the team.

“I think Kevin is a very fast driver, very aggressive which I think fits the IndyCar driving style,” said Brown when asked about Magnussen on Friday.

“We do have our driver line-up sorted. One of those drivers announced, Pato [O’Ward], one yet to be announced. So I don’t think that there is a window of opportunity for Kevin in our IndyCar team but had there been, he would definitely be considered.”

With Arrow McLaren SP off the table, if Magnussen were to move Stateside, he’d be most interested in one of the 10 full-time seats split between Andretti Autosport, Chip Ganassi Racing and Team Penske in order to guarantee a competitive car.

Magnussen added: “I’m only just 28 years old and still feel that I have more to give in F1.

“There’s not a lot of seats left and I really miss winning, I miss the feeling of winning races and that’s kind of really something that I’ve started to think about quite a lot recently, how much I missed that. We’ll see where that opportunity is and what comes my way.”

The problem is, very few IndyCar teams will be in a position to fund Magnussen at this late date. An IndyCar budget is around $5-$8million, which is money that is difficult to come by in the current climate.

Magnussen is unlikely to bring that kind of cash – especially at this short notice – and even if he wanted to try to raise it, IndyCar is a North American series. It ventures no further out than Canada, and with most of Magnussen’s budget likely coming from European-based companies, they are less likely to want to advertise purely in North America. 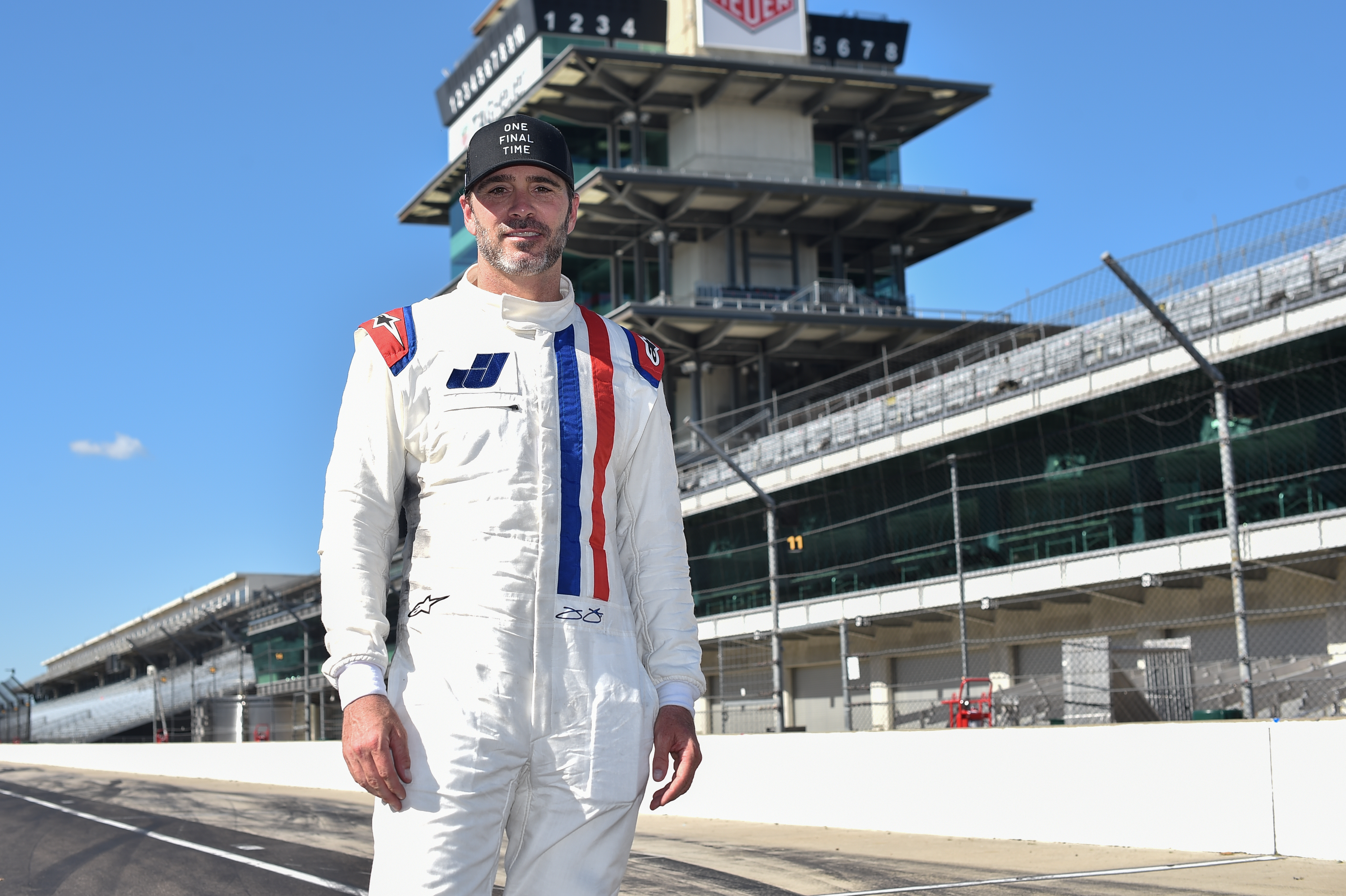 Take Jimmie Johnson as a recent example. He confirmed a deal with Ganassi for 2021 doing the street and road courses. But the seven-time NASCAR champion – despite his switch likely being the biggest story in American motorsport this and next year – has to raise budget.

Johnson anticipated it would take him six weeks, and this was a month ago. That gives you an idea of the struggle Magnussen would face funding-wise. 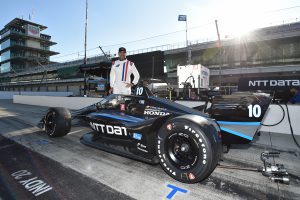 Even with the money, there’s little room for Magnussen to slot in at those top three teams at this late stage.

Penske is realistically a no-go. Roger Penske has said that his three regular drivers – all IndyCar champions – Simon Pagenaud, Will Power and Josef Newgarden will all return next season. There have been questions over Pagenaud’s happiness at the team but that appears to just be speculation at this stage. And then on Friday evening, the team confirmed that it would withdraw from the Australian Supercars championship and instead field an extra full-time drive for Scott McLaughlin.

Ganassi is in the midst of a shake-up, but one that is unlikely to leave room for Magnussen. Scott Dixon has been with the team since 2003 and won’t go elsewhere, while 2020 signing Ericsson is well funded and had a strong first year with the squad. The third car of Felix Rosenqvist is less certain, as he is headed to Arrow McLaren SP next year, the second driver Brown confirmed was yet to be announced.

That move appears to be financially driven and could explain why Rosenqvist – who was paid by Ganassi and not vice versa – has sought refuge elsewhere.

Johnson drives a part-season car, and Tony Kanaan has been linked to sharing that seat to take the oval rounds. Ganassi could well forego replacing Rosenqvist and stick at three cars.

At Andretti, team leaders Colton Herta and Alexander Rossi are already signed, while Ryan Hunter-Reay’s DHL sponsorship and Marco Andretti’s family links mean they are unlikely to be going anywhere.

That leaves the full-time #26 car vacated by Zach Veach, but the championship’s most popular driver James Hinchcliffe has a foot in the door there after replacing Veach for the last three races of the year.

Another popular driver, Conor Daly, has been linked to that #26 seat but is far more likely to remain/expand his deal with Ed Carpenter Racing. Series rookie Rinus VeeKay has impressed with that team this year, and it will likely retain Daly and VeeKay alongside Carpenter in some capacity. 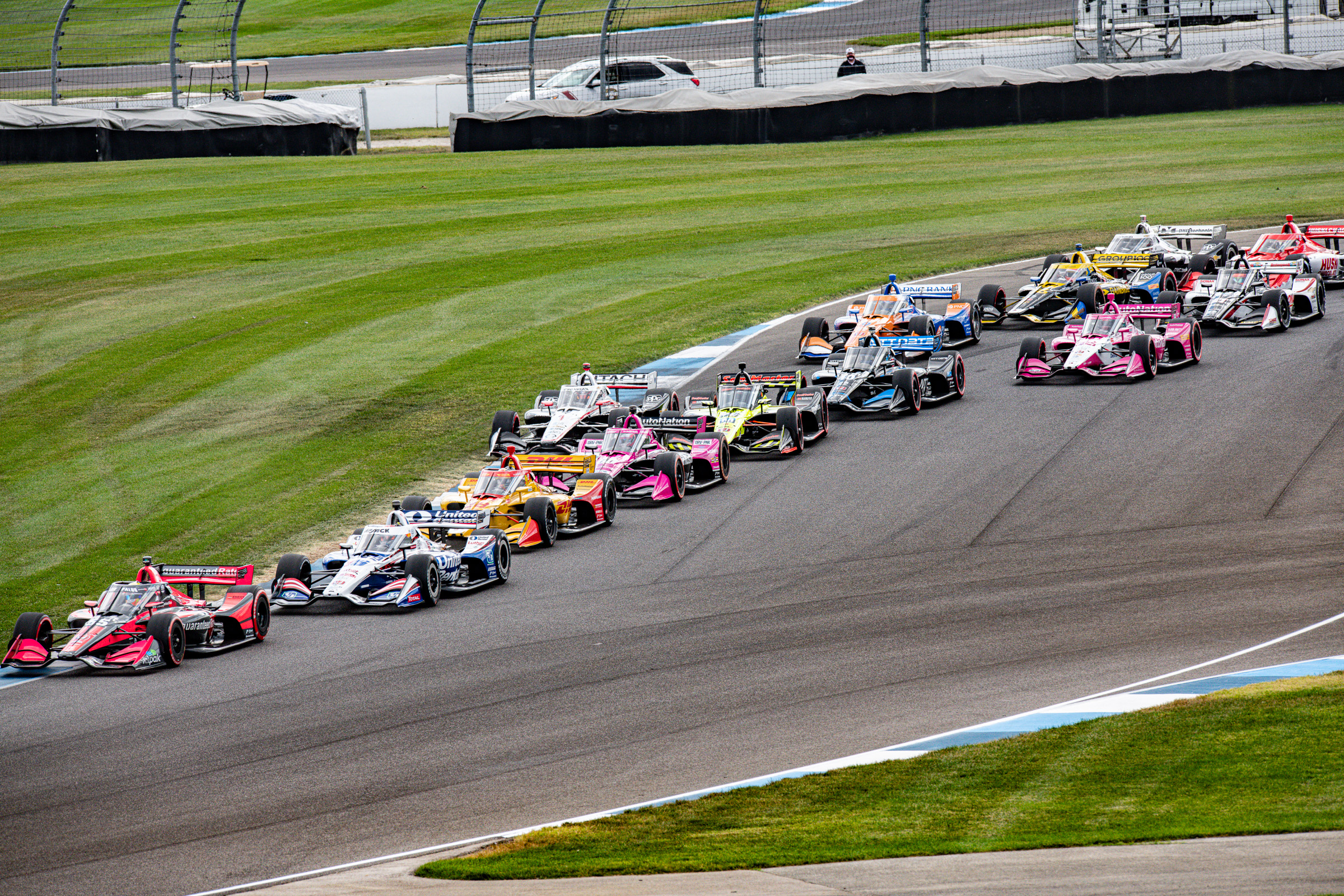 Rahal Letterman Lanigan is an intriguing option. While it netted an Indy 500 win this year and has upward momentum which has attracted Antonio Felix da Costa to test one of its cars soon, it needs the budget for a third car which Magnussen is unlikely to be able to provide.

That leaves Dale Coyne Racing and AJ Foyt Enterprises as realistic options, which have one podium this year between them out of 48 opportunities. Realistically, they’d also require a budget.

There’s a handful of minnows Magnussen could also turn to, like Carlin, which he drove for in British F3 and Formula Renault 3.5. But that would likely involve sharing a car or bringing budget, plus it would be a package unlikely to fight for wins.

Perez is much more likely to be able to make the switch thanks to his extensive Mexican backing – but for the same reason he is still in the hunt for an F1 seat and will only give up on that when it’s clear the opportunity is passed.

Unfortunately for Magnussen, most paid seats are possible only after months of schmoozing sponsors – or years of a long-term agreement. The timeframe of Magnussen’s exit from Haas has not allowed that to happen.

His lack of budget also makes him a tricky proposition for most teams, and raising budget from Europe has its complications.

A part-season ahead of a full 2022 campaign isn’t out of the equation. But there’s a lot of work to be done and there may be other championships and series that offer a better package for Magnussen at this late stage. 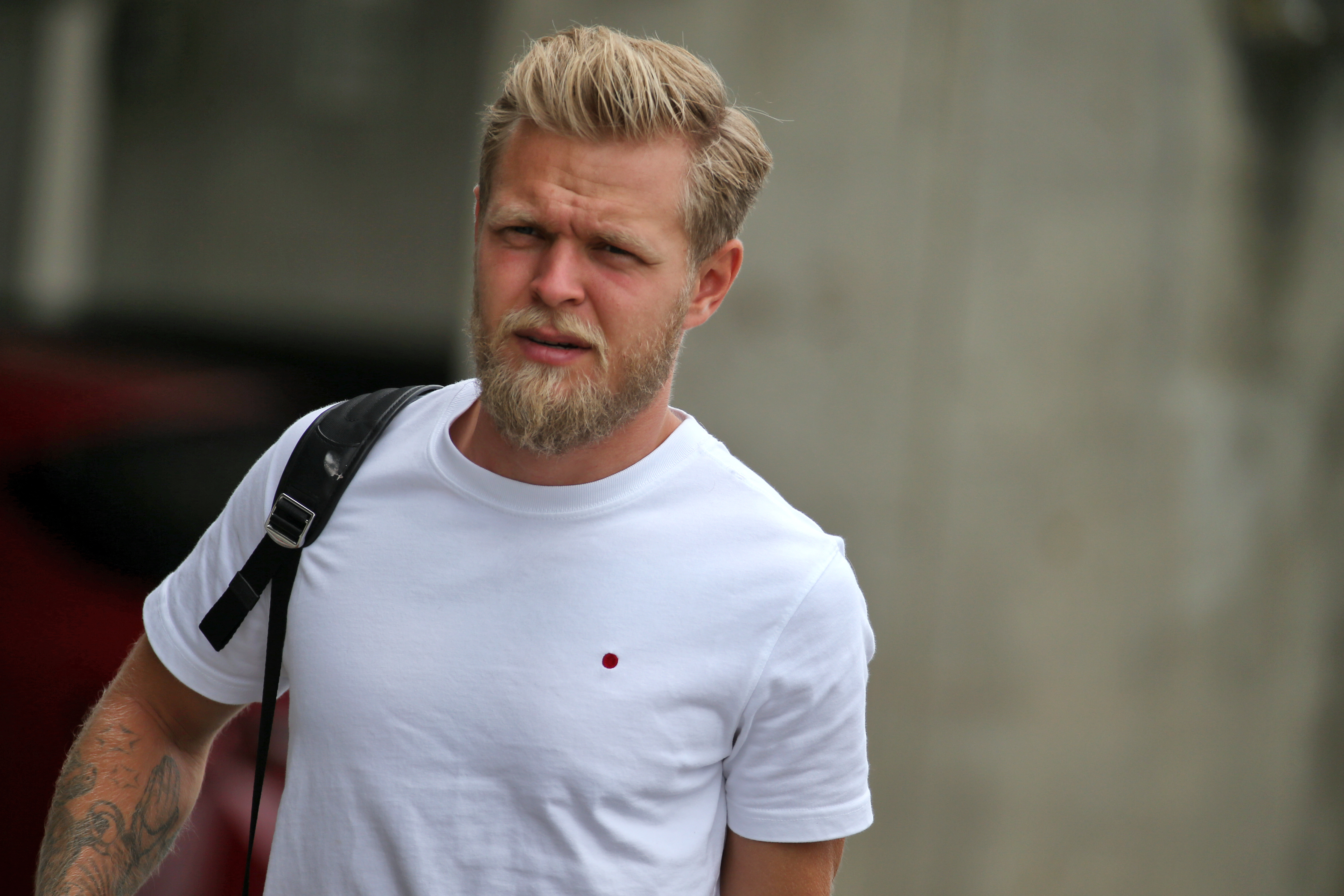