Red Bull has indicated Alex Albon has until the end of the 2020 Formula 1 season to keep his place at the team for next year, handing him an unexpected reprieve.

Albon’s immediate response was to turn a gutsy, win-challenging drive in Turkey last weekend into an all-too-familiar sense of what might have been.

Last month, Red Bull bosses indicated that a decision on its 2021 driver line-up was imminent.

Dr Helmut Marko said it would ideally be settled by last weekend’s race while Christian Horner said Albon needed to “justify” being kept on and specifically named the (at the time) upcoming Portuguese and Emilia Romagna GPs for Albon to do that.

It all suggested that Albon only had a couple of races to prove himself, and even between those races, Horner said that “within the next few weeks, we’re going to have to make a decision”.

But ahead of last weekend’s Turkish round it emerged Red Bull had kicked the can further down the road and extended its decision-making time by a few more weeks. 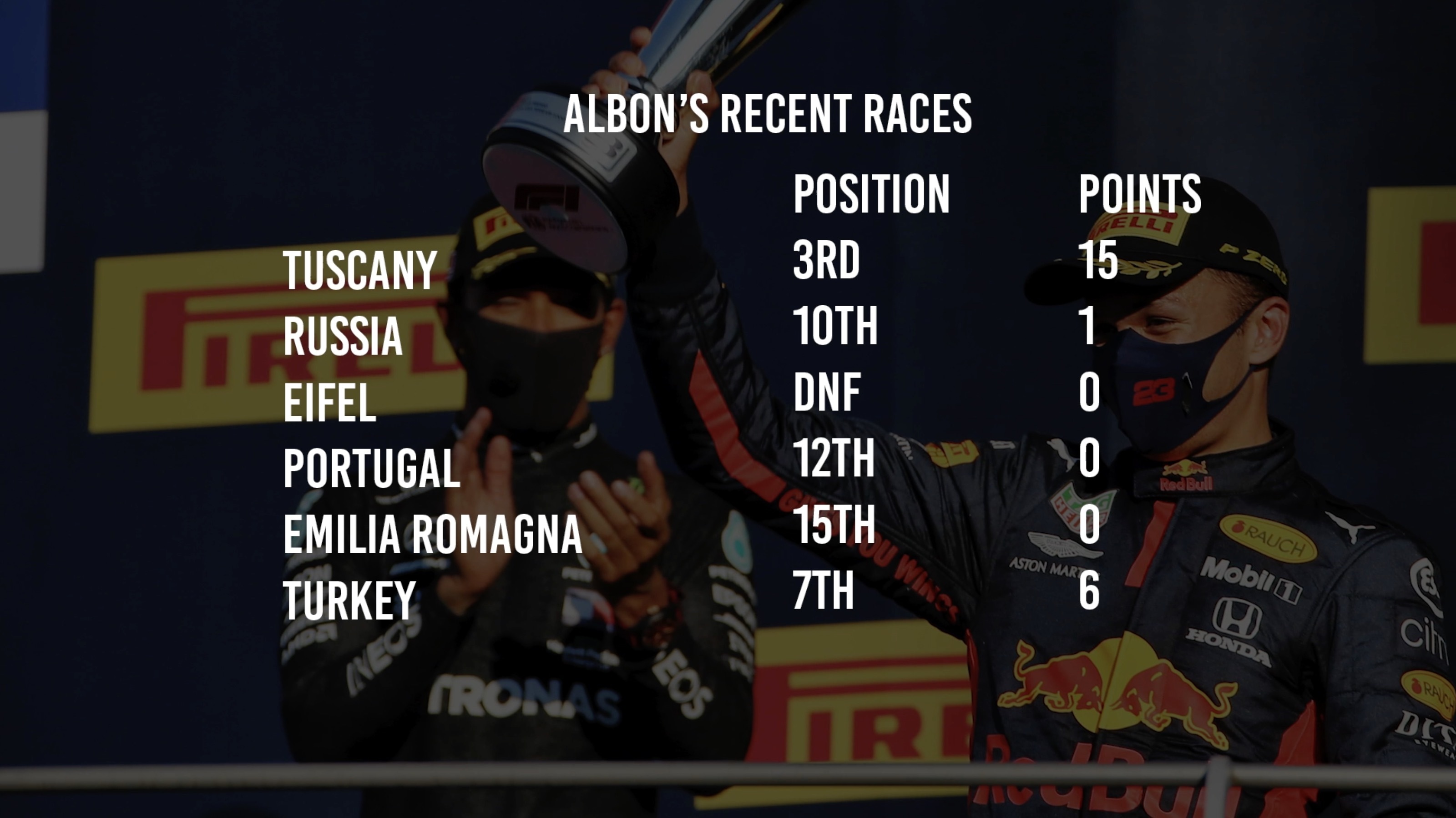 The rest of driver market is now effectively settled, with only the Red Bull-owned seats up for grabs.

Lewis Hamilton is expected to re-sign with Mercedes while Haas is tipped to sign Formula 2 pair Mick Schumacher and Nikita Mazepin as an all-rookie line-up.

With strong out-of-contract options Nico Hulkenberg and Sergio Perez having no alternatives, Red Bull has indicated Albon has more time to prove himself.

“As I’ve said all along, we want to see Alex lay claim to that seat,” said Horner.

“And I think the difference is, with the alternatives we have, all the seats are full in F1.

“So that buys us a bit of time to make the most informed decision that we can and give Alex as much time as we possibly can, as much support as we can and see what happens over the remaining three or four races.”

Pushed to confirm that meant waiting until after Abu Dhabi, Horner said Red Bull is “not putting any particular timescale on it” but indicated that was the case. 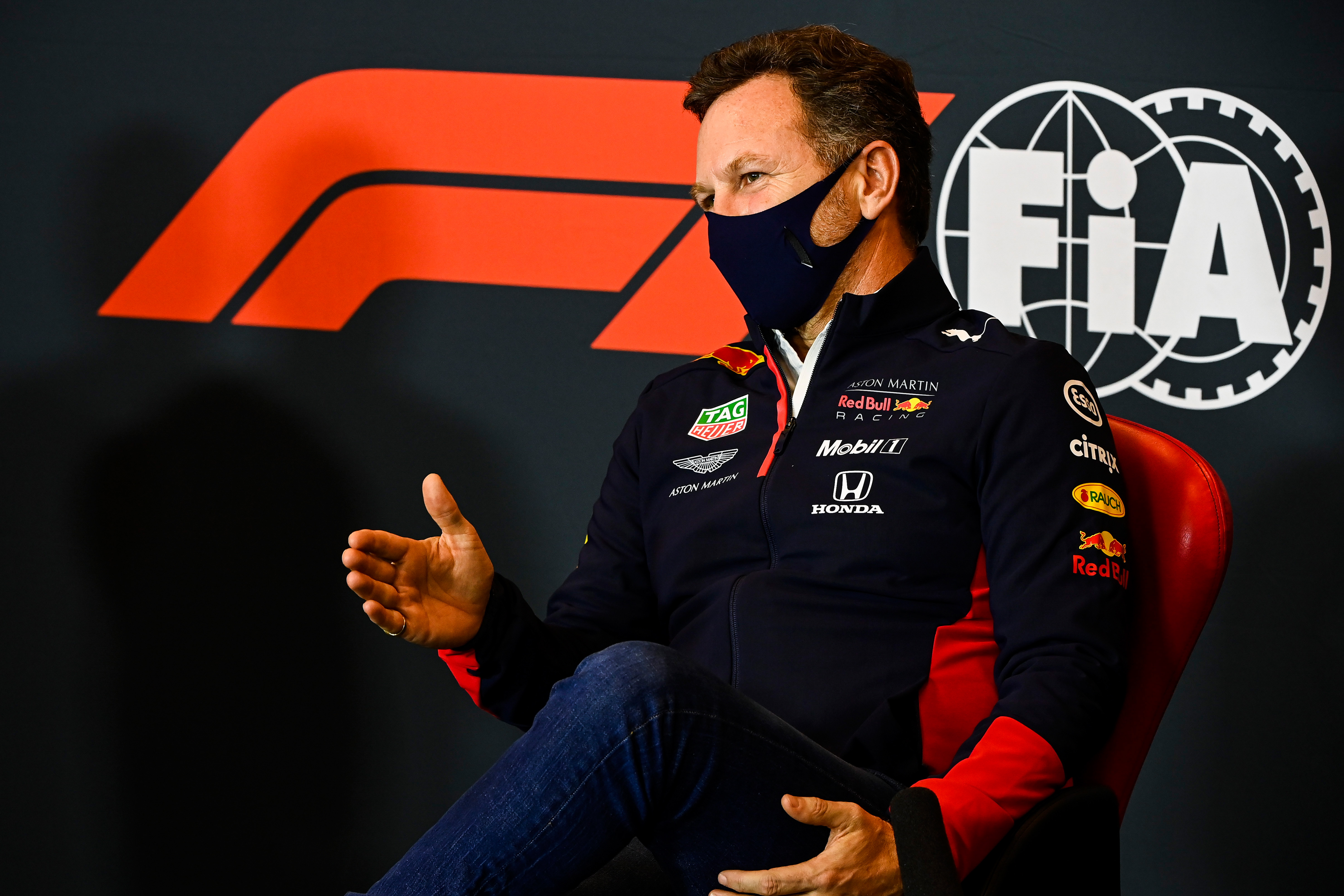 “Alex’s contract allows us to make that decision after the season, obviously we’re aware of what the other options are,” he said. 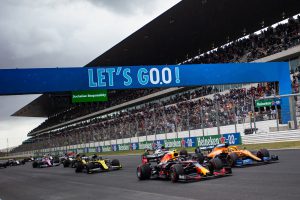 “All the other seats are committed now in F1 apart from Mercedes and I doubt Lewis will be joining us next season.”

Albon is fortunate to be handed a stay of execution because his response to being told to “justify” his place went in the wrong direction.

Though he qualified sixth for the Portuguese and Emilia Romagna races, he started behind two midfield cars on both occasions. And his races were terrible, losing ground early at Algarve and never recover then spinning out late at Imola after a grand prix spent stuck in position. Time looked like it had run out.

But then the Turkish GP appeared to transform from being the race Albon would learn he had no Red Bull future, to being the scene of a huge breakthrough at just the right time.

Albon was decent all weekend, nowhere near Verstappen’s prodigious level but at least competitive, and equalled his best qualifying performance with fourth on the grid.

He drove with good speed and poise for the first half of the race, and when Verstappen made a mistake and spun, Albon assumed the role of Red Bull’s victory contender admirably. This was looking like the performance of a worthy wingman. 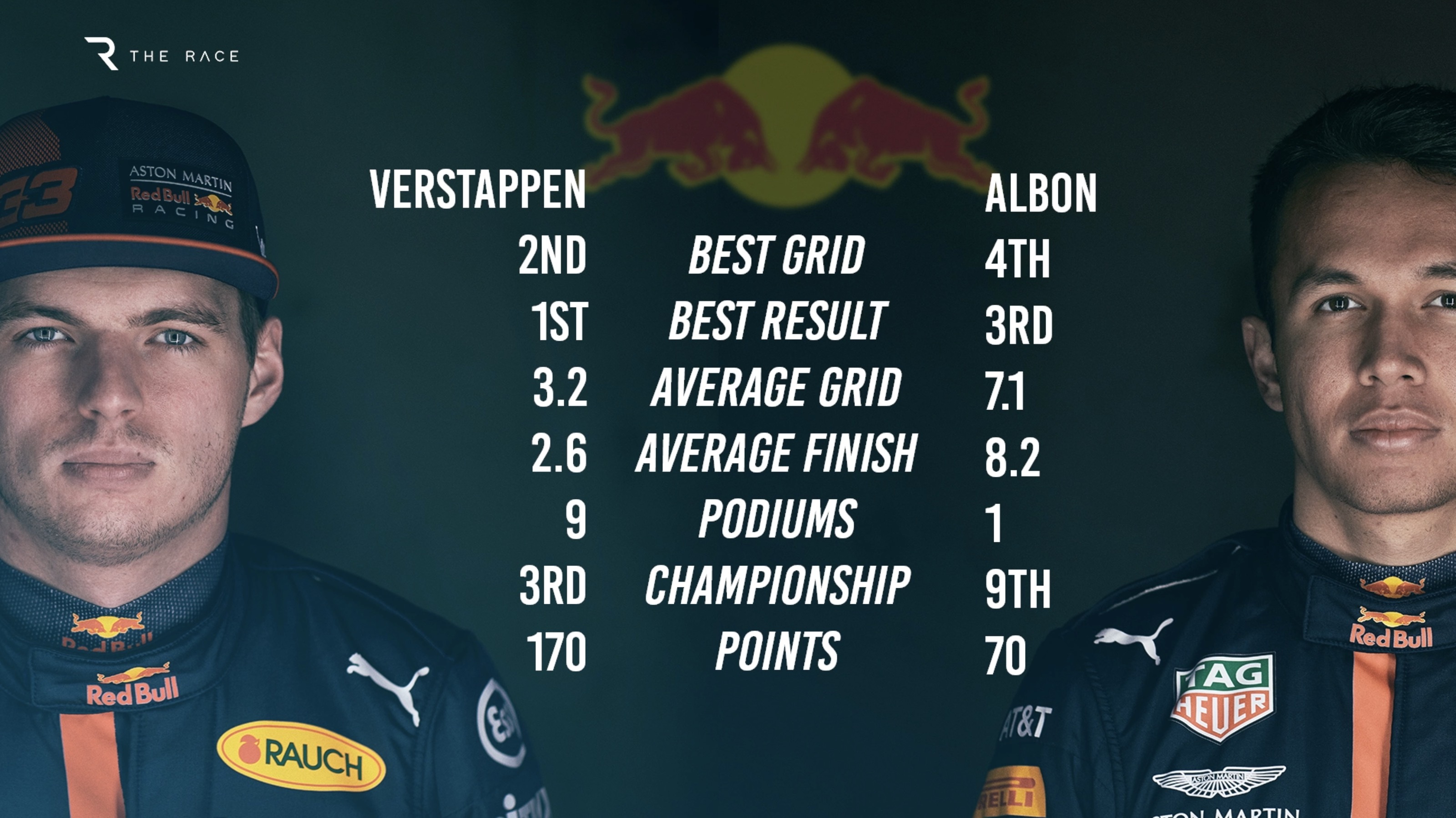 It was Brazil 2019, Austria 2020 all over again in terms of getting himself into the right place at the right time. But of course those races ended in disappointment, and so did Turkey.

The first setback was his own, a costly half spin after taking a little too much speed into a slow corner. It undid all the good work that came before it.

Unfortunately, Albon had already started to struggle against the leading Racing Points on wearing intermediates. And he admitted afterwards to being “really confused” by how his performance evaporated over the grand prix. 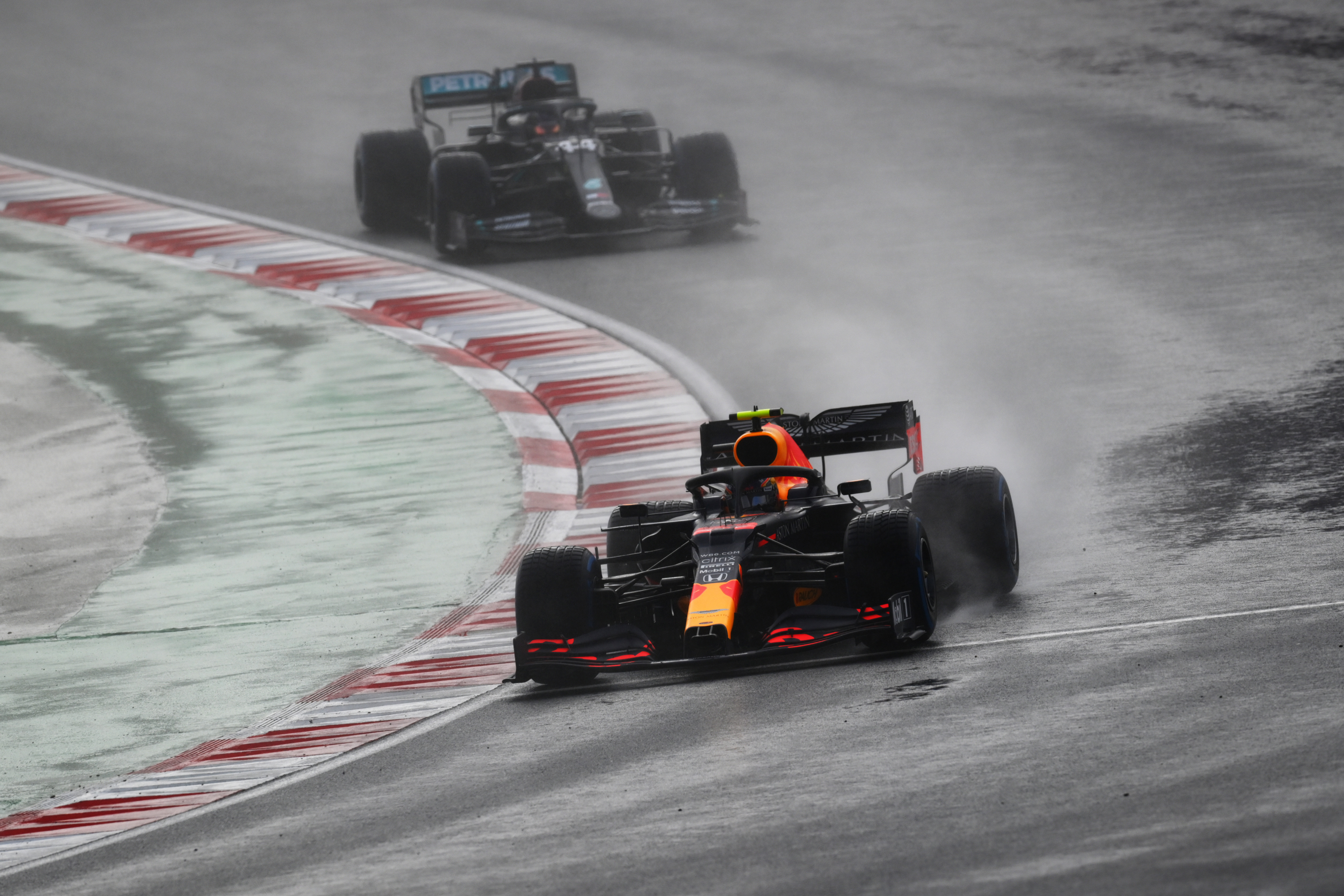 So Albon went from feeling like it was “looking line a win” to slipping back, spinning and never recovering. He just lacked the pace, complaining that it felt like “completely zero grip”.

Albon eventually finished seventh, but given Verstappen had two spins of his own, finished just 1.6 seconds ahead, and the circumstances of the race seemed to swing so comprehensively away from Red Bull, it seems a little harsh to hold Albon’s error against him.

“I’m happy with the progress,” he said. “I feel like we’ve done a few things on my side of the garage which has definitely helped.

“Obviously, to be so competitive the whole weekend on Friday and Saturday and then finish sixth and seventh is a bit of a tough one to take and even the race itself is confusing because on the intermediates especially, it was looking like a win to be honest. The pace was really strong.” 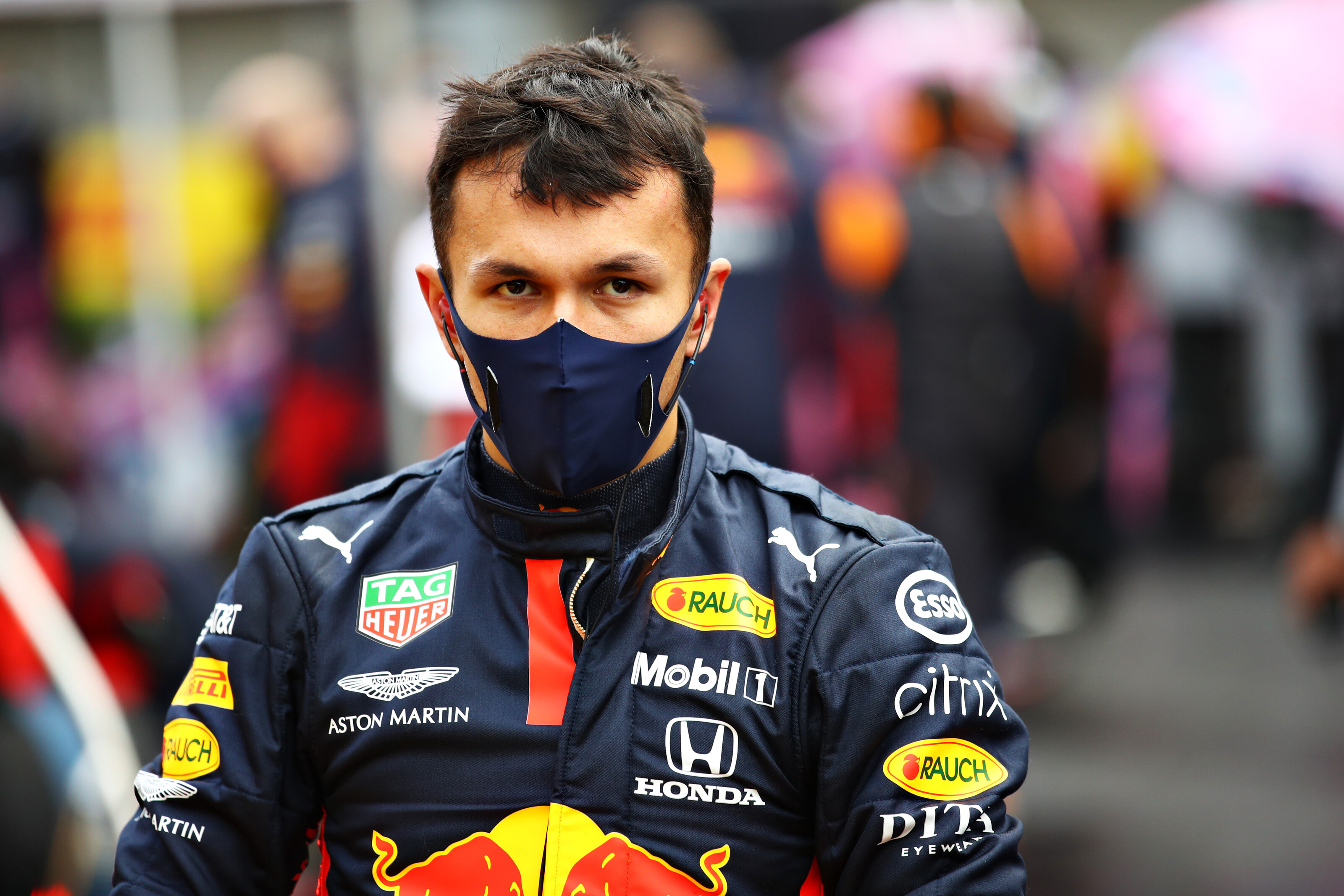 The problem is that only showing flashes of the driver Red Bull needs him to be is exactly why Albon’s still fighting for his future. And this was not the sustained, brilliant performance that would have helped his cause.

So while Albon probably didn’t hurt his chances, he didn’t exactly grasp the opportunity to improve them. And in his position, even the most understandable of mistakes are magnified, and more costly.

Having more race to state his case is a big opportunity for Albon. The first step must be to return to his 2019 Red Bull form at the bare minimum. 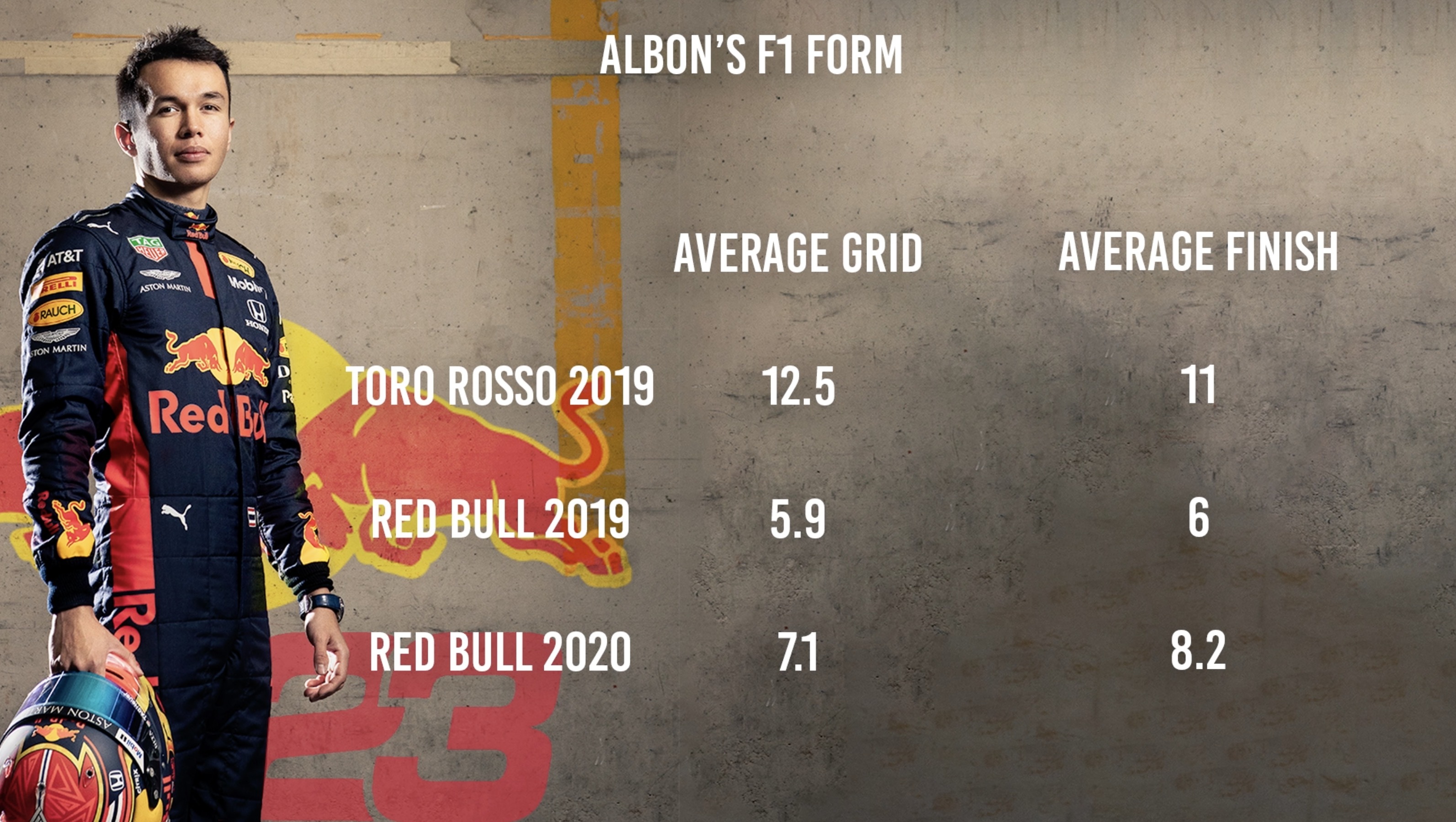 As the above table shows, despite Red Bull being a clear second-best in 2020 after being third behind Ferrari for much of 2019, Albon’s performances are worse.

Those numbers are based on events Albon did not have a grid penalty and eliminates non-finishes. And averaging seventh on the grid and eighth in the race is a poor return when Verstappen has been a thorn in Mercedes’ side all year and not finished off the podium in a race he’s made it to the end. 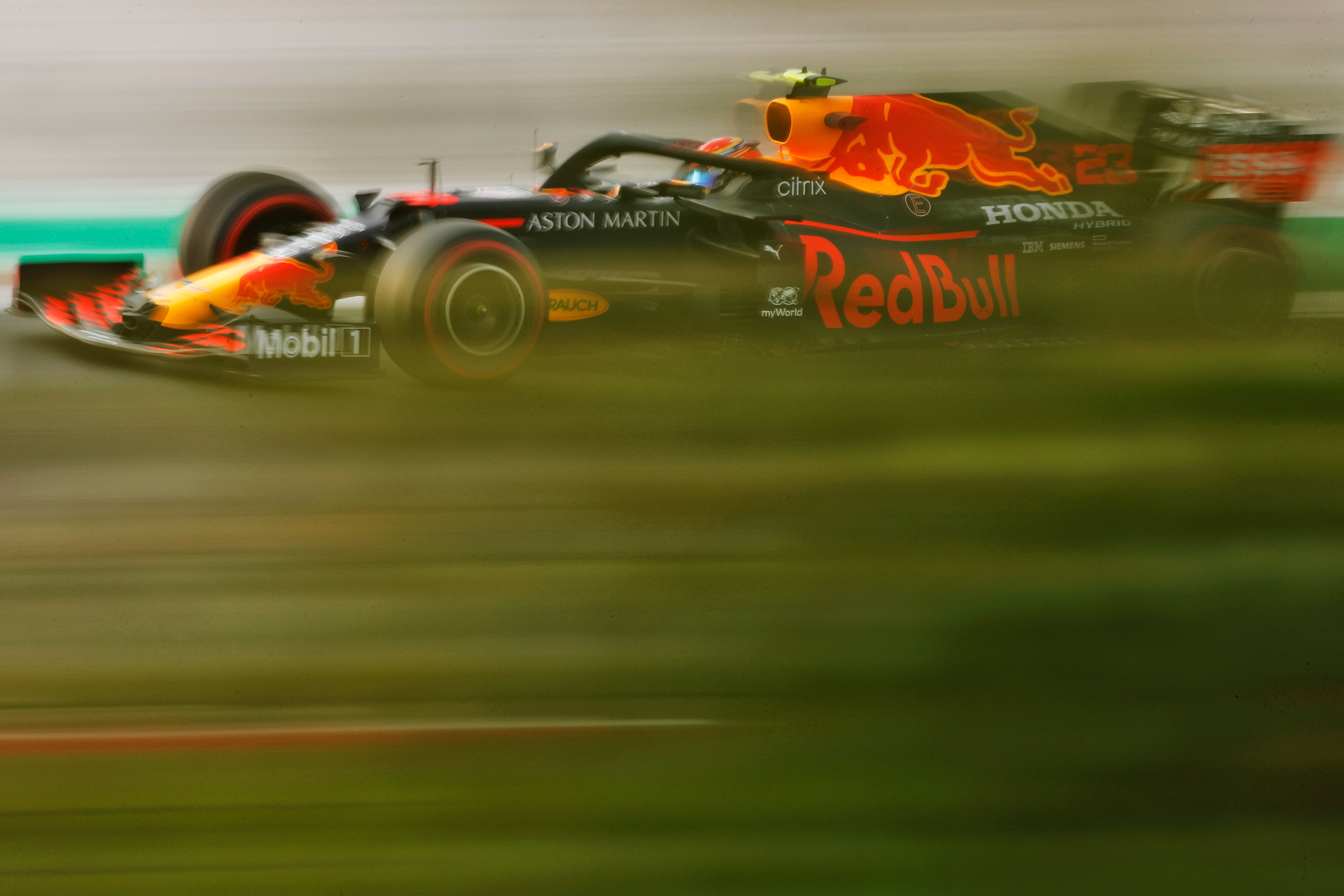 Realistically, Albon must end the year with significantly improved numbers. Ideally, that means starting and finishing fourth every time Red Bull is second-fastest, especially when it has an advantage.

The Turkish GP looked like a great chance to do that. A strong result alone would not have necessarily automatically justified a 2021 drive, just like his muted end result doesn’t condemn him. But it would have been helpful evidence that Albon can produce under pressure.

What he needs now is something he has failed to do since joining Red Bull: turning that potential into an end product.

He needs to make Red Bull’s delayed decision the turning point that the first F1 podium at Mugello was meant to be. Between that third place and Turkey, Albon averaged seventh on the grid and scored just one point across four races.

A serious, convincing final run of races is surely the only thing that can save Albon. It didn’t look like he’d be given that opportunity so now he has it, he cannot afford to pass it up.