There was a Christian Horner claim late in the title run-in propaganda war that Max Verstappen was the only thing putting Red Bull in the title fight, that the car was inferior to the Mercedes.

His technical guru Adrian Newey clearly took issue with that claim and while acknowledging Verstappen’s brilliance, insisted that actually over the season he believed the Red Bull-Honda to be the faster car.

In a cold objective analysis the Red Bull appeared to be – with exceptions – faster in the season’s first half and slower – with exceptions – in the second half. There were all sorts of reasons for that but the overarching reality is that there was much for both the Red Bull technical team and Honda to be mighty proud of in the way they had taken on and partly-defeated the colossus of hybrid era Mercedes.

It wasn’t all just about the ’21 regulation changes hurting the low-rake Mercedes concept. Big gains were made by both Red Bull and Honda too. It was the combined result of all of those things which gave us the astonishing season we had.

The Red Bull-Honda RB16B was a much more effective car than its 2020 closely-related predecessor. Honda in its final year of F1 participation had pulled forward what had been intended to be the 2022 power unit, for one final attempt at glory. 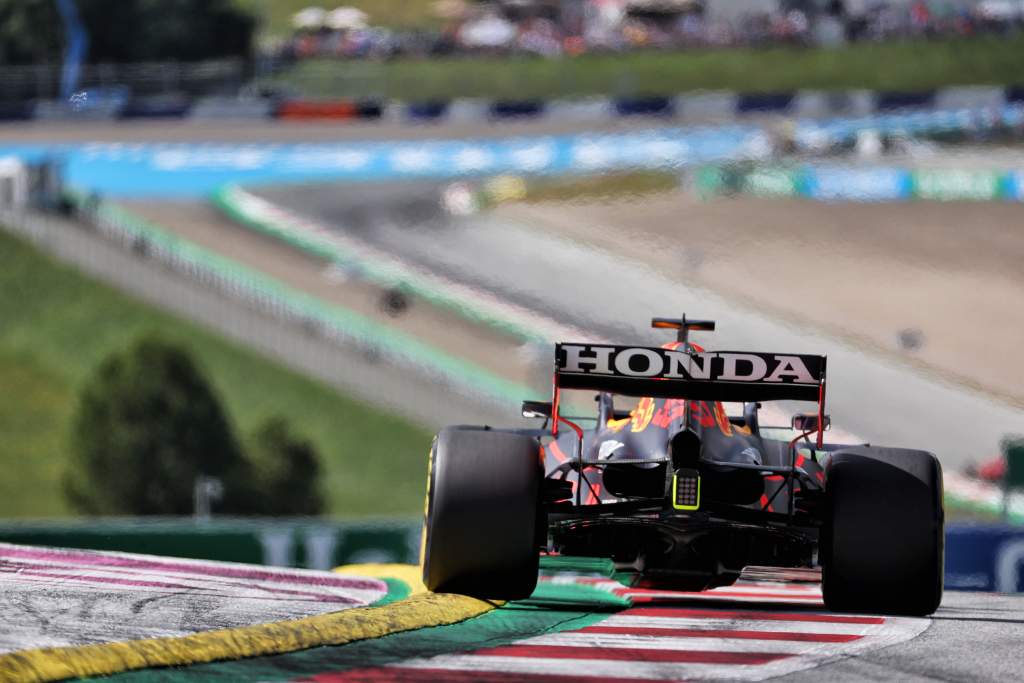 It was a big advance. The RA621 was tiny and powerful, fully competitive with the long-dominant Mercedes until late in the season. A reprioritising between the combustion and energy recovery aspects led to a cascading series of advances. The increased valve angles reduced the cylinder head height and diameter of the camshafts.

A new material for the block allowed it to be further shrunken. The energy recovery was greater and full power could be deployed for longer – even than the Mercedes initially. The reduction in size allowed tighter-fitting bodywork, the reduction in the required cooling capacity further aided the aerodynamics.

Red Bull ingenuously re-purposed the existing chassis mounting points for the rear suspension in a way which allowed it to reverse the lower wishbone so it swept back – in the fashion introduced by Mercedes in 2020 – rather than forwards, to give a very significant downforce boost by increasing the airflow volume around the diffuser. A new gearbox casing was required to do this and that is where the two permitted tokens were spent. Essentially, it brought the Red Bull up to date with what Mercedes had introduced the year before.

It was an extremely aerodynamically effective car and despite the regulation limitations at the rear end, managed to retain a very high rake angle. As such, it had a significantly higher downforce ceiling than the Mercedes.

At any tracks where that was the primary requirement – Monaco, Mexico in particular – it was devastatingly fast. At other venues where aerodynamic efficiency was more important, in the season’s first half it could often carry similar wing levels to the Mercedes and therefore comparable straightline speeds, whilst still being faster in the corners thanks to its high-rake underbody downforce advantage. 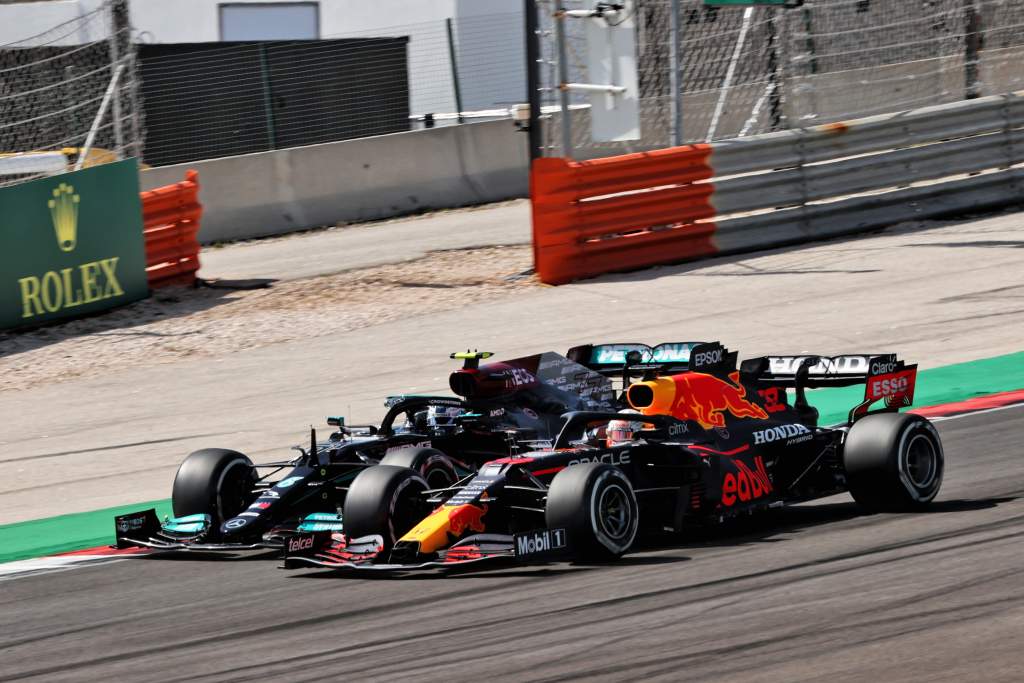 But such traits are only relevant in respect to the competition. After Mercedes’ Silverstone upgrade, the Red Bull faced a rival which could now afford to run bigger wings for competitive corner speeds yet still be faster on the straights.

Red Bull was in a rear guard action after that, though the heavily banked Turn 3 of Zandvoort gave it the crucial advantage there, where the Mercedes’ long wheelbase prevented the fastest line being taken.

At certain other races – Hungary, Turkey, Brazil – the Red Bull faced an important limitation of its own: it could get caught in a wing level no-man’s land. So much rear downforce did it produce that on its bigger wings it could run out of front wing adjustment, giving the car the sort of understeer balance Verstappen dislikes.

Going down to the lower wing family to get the desired balance often required too much downforce to be surrendered to keep it competitive with the Mercedes. This all impacted upon tyre behaviour too. Switching to the lower wing in Barcelona was a key reason for the increased rear tyre deg which lost Verstappen that race to Hamilton.

When the track layout allowed the Red Bull to be in its happy place on wing level, it was invariably better at controlling rear tyre temperatures than the Mercedes. But on front-limited tracks, the Mercedes often had the tyre advantage.

In between all these dynamics were those of Verstappen and Hamilton and those between the to teams. The high-rake Red Bull’s extreme sensitivity to wing level (its narrow window) was absolutely what was behind Mercedes’ campaign for the FIA to look at wing flexibility.

The resultant technical directives (from France) did cost the Red Bull some performance, but less than what they gained by their heavy aero development around that time. So when Mercedes was suspected of having found an alternative way of flexing the wing later in the season, Red Bull was naturally extremely hacked off and very active in campaigning the FIA behind the scenes.

Meanwhile we had a title battle for the ages. Without the big advances made by both Red Bull and Honda that just would not have happened.