‘Brutal’ Imola race shows how far off Perez really is

When Sergio Perez took a surprise front-row slot in qualifying for the Emilia Romagna Grand Prix at Imola, outpacing Red Bull team-mate Max Verstappen in the process, it looked like a major breakthrough. But after finishing 11th in the race, Perez admitted that it showed “how far” he still is away from being on top of the Red Bull.

Perez has taken a calm, methodical approach to his integration at Red Bull and explained in the build-up to the Imola weekend that he was keen not to diverge too much from Verstappen’s way of getting the most out of the car. But after making good progress on Friday and Saturday, Perez admitted his struggles the wet conditions at Imola showed he is not yet completely on top of the car.

“It’s certainly a big ask to change teams and then get to drive on your second weekend in these conditions, it is pretty brutal,” said Perez after the race.

“I am not there yet. Although I got a good lap yesterday, you saw today how far I was and how difficult and tricky things still are. So I am just learning, and it is a process that we are making good steps, and hopefully, we will learn from today again.” 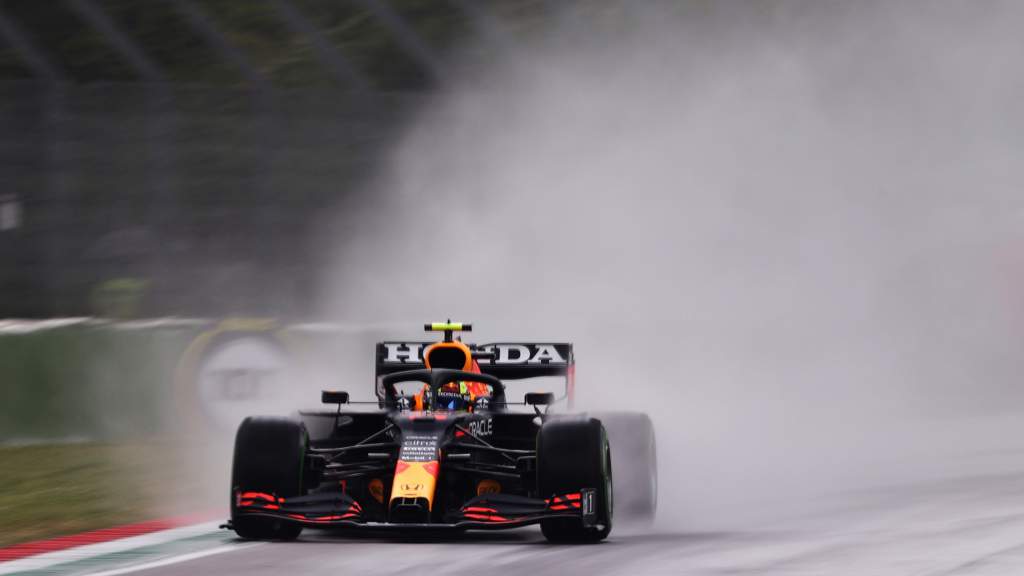 Perez’s race was defined by several key moments. On the opening lap, he slipped from second to third at the start thanks to Verstappen’s fast getaway, then was passed by Ferrari’s Charles Leclerc’s after a moment at Variante Alta later that lap.

That put him fourth, but under the safety car on lap five he lost the rear in Piratella and slid off the track. Daniel Ricciardo and Pierre Gasly moved ahead while he was off the circuit, and after Perez immediately repassed them he was hit with a 10-second penalty for passing under the safety car.

“I lost the car under the safety car,” said Perez when asked by The Race about the incident. “I went off and I just came back but obviously overtook both cars, so I think the penalty was fair.

“At the time, I thought I made a mistake but I managed to keep my position, but that’s clearly not the case.”

Perez’s 10-second penalty was not ultimately enormously costly. He served it at his first pitstop at the end of lap 28 and dropped to fifth behind Lando Norris but the subsequent red flag wiped out the time loss. 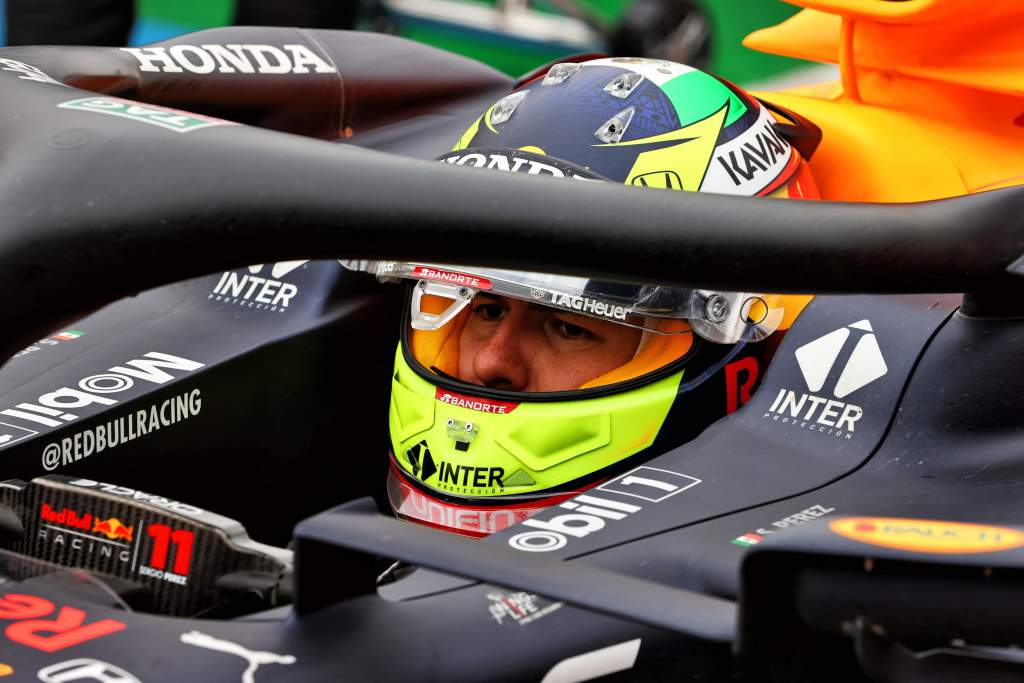 He took the restart fourth, only to spin into the gravel at the exit of the Villeneuve chicane. Perez put that down to touching the wet line in a car that was “very pointy” on the soft Pirellis he’d switched to during the red flag.

That dropped him to 14th place and he was only able to recover to 11th, with the three places gained down to problems and penalties for others.

“I don’t know this car in these conditions and I struggled quite a lot to get any temperature into the tyres in the early laps. And then it’s not knowing how much I can do with the set-up in the car [using the available tools]. 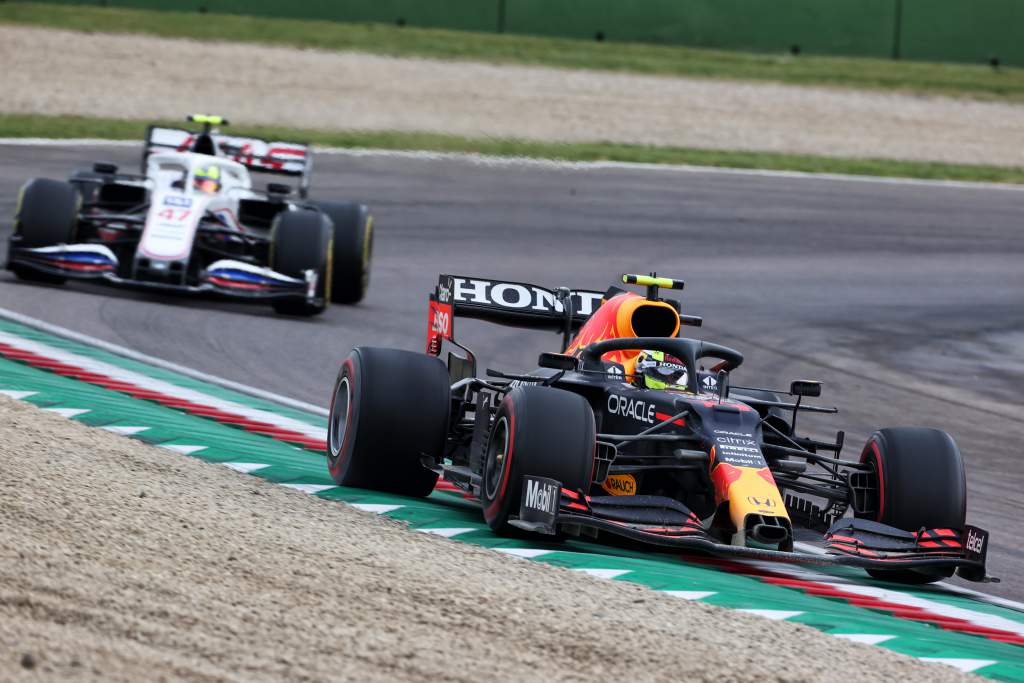 “I will learn from it and do better. I apologise to the team because today we should have been in second – one and two.”

Perez was not the only driver in new surroundings who struggled in the race. Alpine’s Fernando Alonso had multiple offs, McLaren’s Daniel Ricciardo was a solid sixth but well off team-mate Lando Norris’s pace and Carlos Sainz had several early off-track moments while he learned how to adapt to the Ferrari in wet conditions.

Perez also had the added complication of an electronics problem that led to unexpected differential settings during the first stint, which led to a change of steering wheel at his first pitstop. 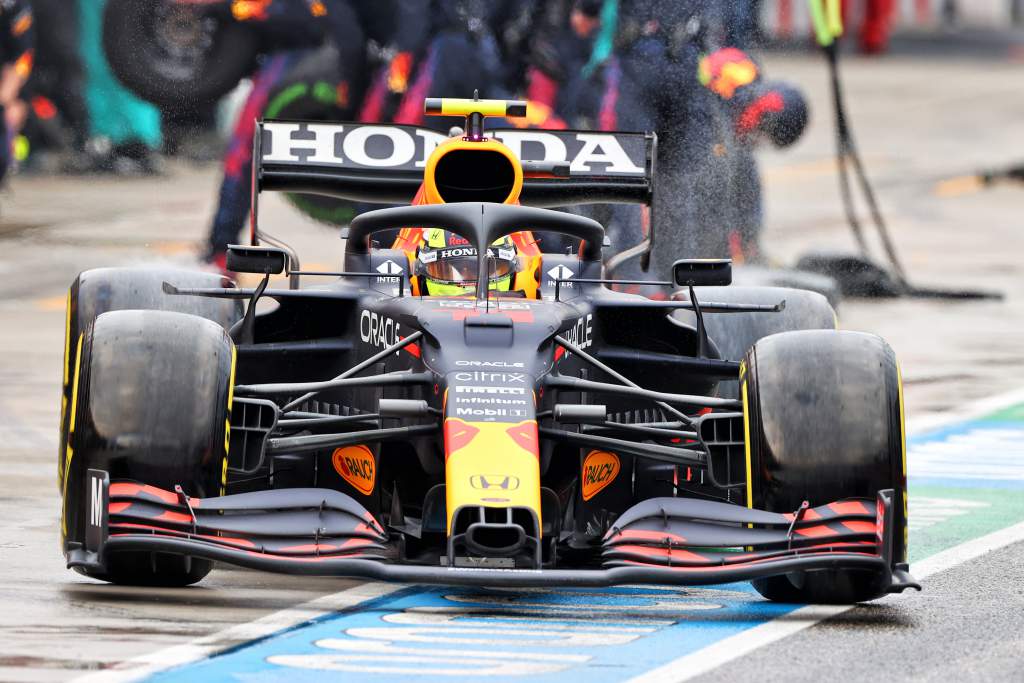 Overall, he can be encouraged by the progress he made in qualifying. While he only beat Verstappen because of his team-mate underachieving, Perez did make a significant time step in Q3, lapping three-tenths faster than he had previously, and was frustrated that a mistake at the final corner cost him pole position.

While the race didn’t go well, the signs of progress are there – and they are more obvious than the ones his predecessors in that seat made. While the weekend was ultimately a disappointment, Perez is on a trajectory that – provided he doesn’t plateau – will make him the ideal number two Red Bull needs.

And if nothing else, Imola is not the ideal place to come when not on top of the car. A circuit that rewards precision and confidence in the ability to place it consistently, especially with wet conditions added into the mix, made things far more tricky.

“It is one of the worst places you can come with a new car, to be honest, because a little mistake here in qualifying on pace can be very costly.

“Even in the race, you see that all the mistakes that I did or that other people did, so it is tricky.”