Bottas on pole as Verstappen falls foul of track limits

Verstappen had his first flying lap of the session deleted after he got out of shape at Turn 4, and in correcting the moment, his Red Bull drifted outside of track limits.

His 1m18.209s lap was deleted, and nobody went faster than that through the rest of the session.

Bottas claimed pole during the first runs of the session, narrowly outpacing Hamilton. Mercedes switched both drivers from the soft compound to the mediums for their second runs, but neither could improve.

Verstappen went back out for his final lap without a time on the board, and he could only manage a time four tenths down on Bottas.

Sergio Perez completed an all-Red Bull second row of the grid, with Carlos Sainz Jr best of the rest for Ferrari in fifth. 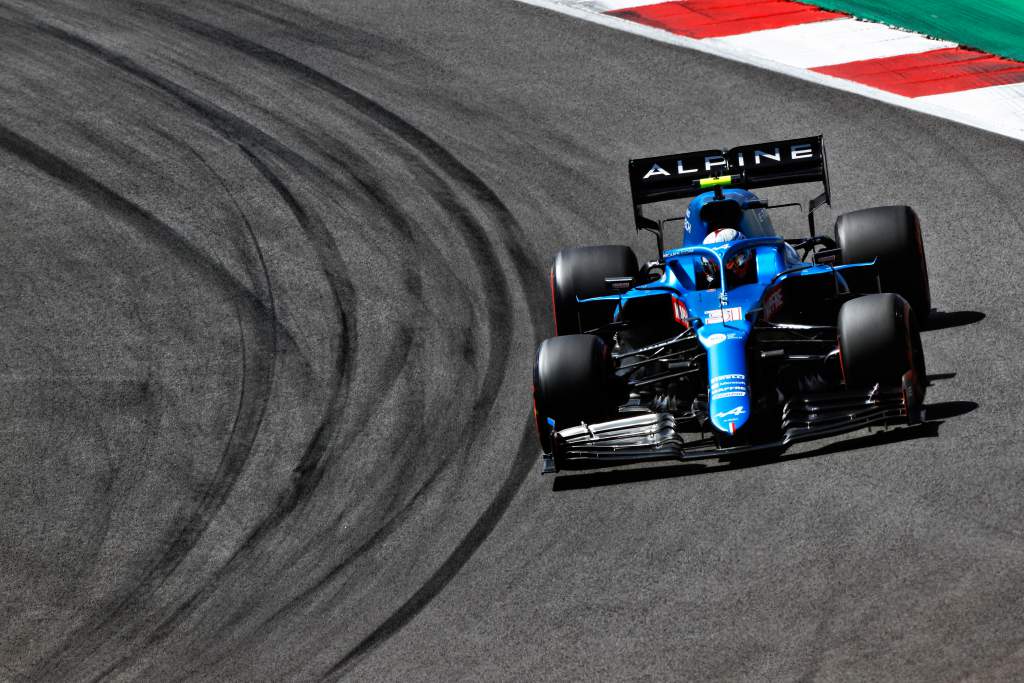 Sixth went to Esteban Ocon, who managed to continue Alpine’s strong form while team-mate Fernando Alonso failed to get out of Q2.

Lando Norris and Charles Leclerc qualified on the fourth row of the grid, ahead of Pierre Gasly. Sebastian Vettel was 10th, making his first Q3 appearance for Aston Martin.

George Russell missed out on getting Williams into Q3 by less than a tenth of a second, but his time was good enough to be fastest of the drivers eliminated in Q2 in 11th.

That put him ahead of Antonio Giovinazzi’s Alfa Romeo, and perhaps surprisingly, Alonso’s Alpine – the two-time world champion eight tenths slower than team-mate Ocon in Q2.

Behind Alonso were Yuki Tsunoda – who was nearly half a second slower than team-mate Gasly – and Kimi Raikkonen in the second Alfa Romeo.

Daniel Ricciardo was the surprise victim in Q1, being knocked out in the final moments by a late improvement from Ocon’s Alpine.

Lance Stroll was just behind him in 17th, as Russell’s traditional Saturday heroics for Williams meant two midfield runners were lost in the first segment.

The order was completed by Nicholas Latifi’s Williams and a lockout of the back row for Haas, led by Mick Schumacher.