Formula 1’s 2021 season is set to begin in Bahrain with the Australian Grand Prix likely to be postponed due to quarantine requirements making a March race unviable.

Despite the ongoing coronavirus pandemic Melbourne was announced in its traditional season opener slot in F1’s provisional 2021 calendar last year and remained in that place when the schedule was rubber-stamped by the FIA. 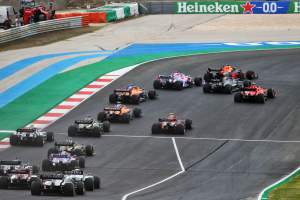 Initially, F1 was confident the grand prix would be possible due to the local government’s handling of the pandemic thus far and the plans it hoped would be sufficient for the race to be held safely.

F1 pulled off 17 races from July through to December last year with strict procedures in place and a repeat of the biosphere-based protocols that had to be implemented in the Abu Dhabi season finale was understood to be at the centre of F1’s plan for Australia.

This would have meant F1 personnel travelling to Australia and staying in accommodation separately to the public, with movements restricted between hotels and the circuit.

That concept allowed F1 to circumvent 14-day quarantine requirements in Abu Dhabi last year and it was hoped this would avoid having to spend two weeks in isolation in Australia as well.

However, the Victorian government has made a two-week quarantine mandatory for personnel around the Australian Open tennis tournament and it is believed that F1 would be subject to the same rules.

This would mean personnel travelling to Melbourne almost three weeks before the grand prix, to allow enough time for the usual activities before the race to take place after the quarantine period.

That is not feasible. In addition to the problems caused by the amount of time F1 personnel would have to spend in Australia to make the race happen, F1’s sole three-day pre-season test is currently scheduled for March 2-4.

Personnel would need to be in Australia by this point and moving testing forward by more than a week would be a big disruption.

As such, the race is likely to be postponed. A decision, first reported by Racefans, will be officially made and communicated shortly as preparations for the grand prix must begin no later than January.

However, the race is not expected to be cancelled, with the hope of rescheduling it to later in the year with a place among the end-of-year flyaways in Asia, the Americas, and the Middle-East.

“In 2020 we proved that we could return to racing safely and delivered what many thought was impossible in March,” said F1 in a statement.

“We have set out our 2021 calendar and look forward to the return of F1 in March this year.”

‘March’ is set to mean the Bahrain Grand Prix, which is scheduled for March 28. It was originally planned as the second part of a double-header after Australia.

Bahrain facilitated two grands prix at the end of 2020 amid the pandemic, including one race on the ‘Outer’ circuit.

Its date will not move if it does become the season opener as expected. However, the change could mean pre-season testing shifts to the Sakhir circuit.

Presently the pre-season plan is for Barcelona to host the three days of testing, but Bahrain was in the running initially and could become the venue after all to tie in with the opener.

It is unclear if the dates would be changed. An expansion of the three-day test seems unlikely given it was reduced for cost reasons not because of timing restrictions. Moving the test closer to the season opener might appeal but would be subject to a vote between stakeholders.