Given Formula 1’s aerodynamic rule changes this year, it’s no surprise to see Aston Martin among a number of teams to make changes to the floor going into the Bahrain Grand Prix.

Rather than following the geometry of the rules that allow the floor to taper back towards the rear wheels to create a triangular cut, the Aston Martin AMR21 now has the edge of the floor parallel to the centre line of the car. 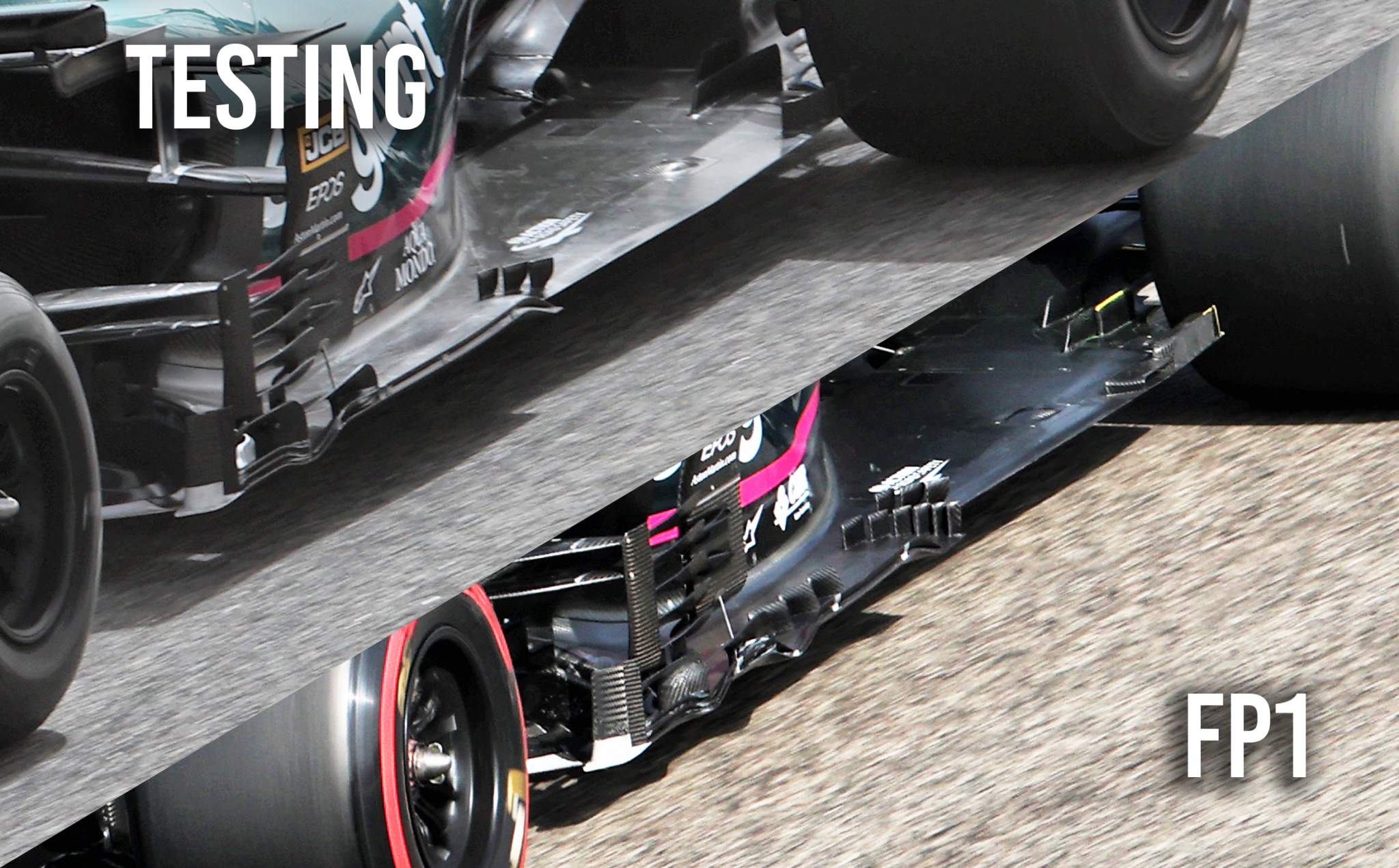 Effectively, this reduces the total area of the floor by narrowing it rather than going to the limit of what is permitted.

Normally, you would want to maximise this area, but by having the edge of the floor parallel to the centreline of the car, there is a school of thought that this allows more room for sealing devices to work more efficiently.

It’s a fine line between having the floor area and having the space to allow the vortices that influence that sealing to build up earlier. The vanes just where the cutout starts suggest to me that the influence of allowing that vortex to build earlier is ‘for now’ a better solution, so expect changes to this philosophy race by race. 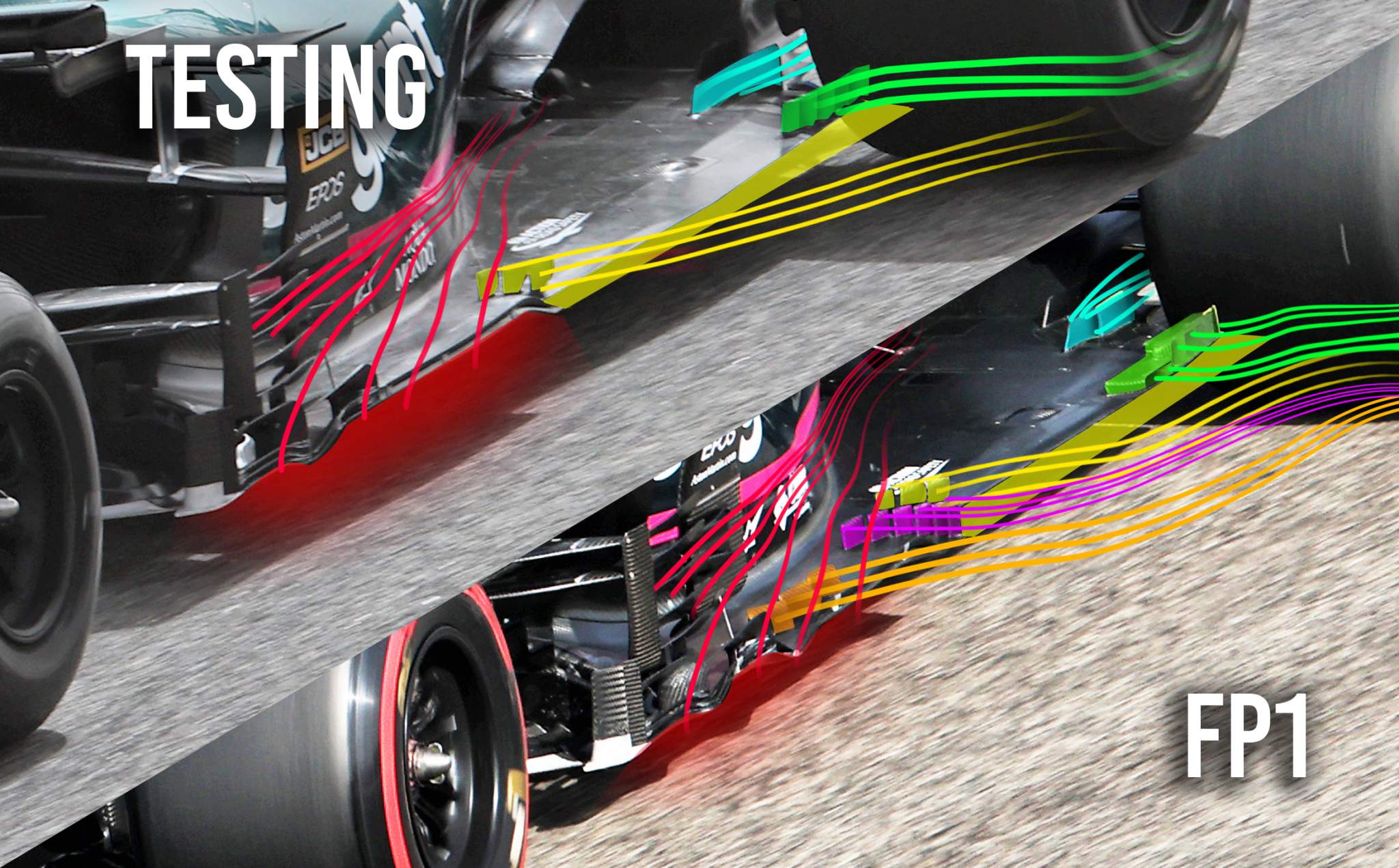 The initial three vanes with their curved vertical shape set up vortices to improve the performance of the front corner of the floor.

The next six vanes are more about turning the airflow on the floor top surface outboard into those vortices to increase their strength. 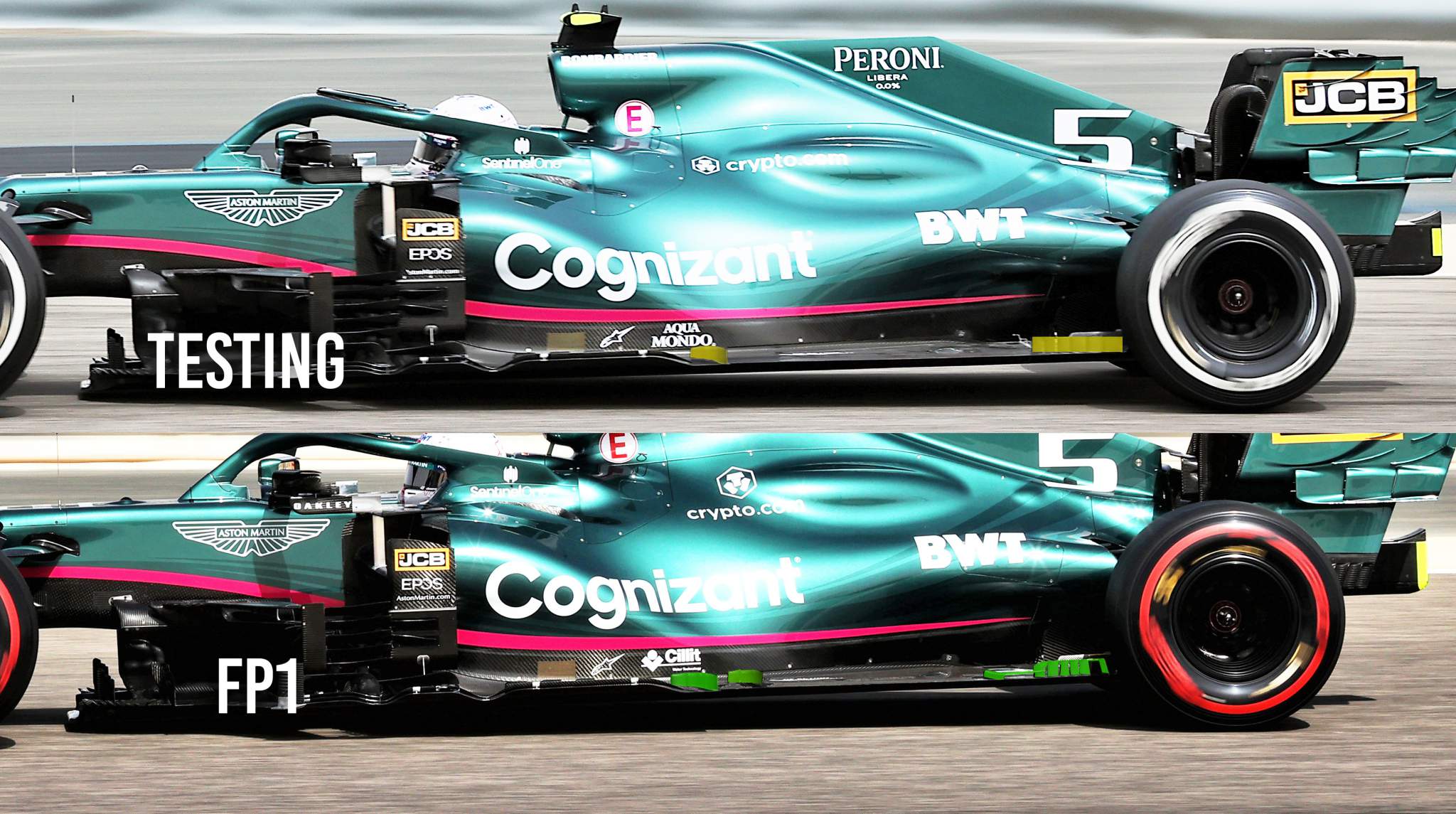 All of this is to set up an airflow that is drawn to the outside of the rear tyre. If all of that happens, it will reduce the amount of airflow pulled into the low-pressure area underneath the car.

The twin vanes inside the rear tyre does exactly the same and directs this flow into the inside tyre squirt, this also gets pulled upwards by the turning vans or small wings on the inside surface of the rear brake ducts.

Ensuring the underfloor is sealed is essential to maximising the downforce.