Aston Martin Formula 1 boss Otmar Szafnauer says the car limitation holding back Sebastian Vettel is a result of the aerodynamic rule changes the team is so upset by.

Four-time world champion Vettel finished outside the points on his debut with the team in Bahrain and then retired from the second race at Imola. 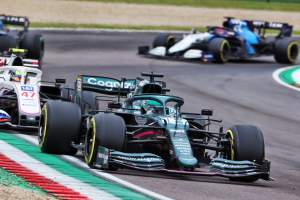 He did not make it into Q3 at either event, unlike team-mate Lance Stroll, and felt he was still getting comfortable in the car after a disrupted time during an already-reduced pre-season test.

The expectation was that switching from Ferrari, which had a poor 2020 with a weak car, would give Vettel the stronger rear end that he favours.

Instead Szafnauer believes the characteristics of the team’s AMR21 are not helping Vettel, as what was the third-fastest car at many races last year has been weakened substantially by the quartet of aerodynamic rule changes that have stripped away performance at the rear of the car.

Aston Martin is so frustrated by the impact of the rule changes it has called the rulemaking process into the question, but its only option is to try to improve the car’s current weakness – which Szafnauer said is a direct result of those changes.

“That cure is going to come from a lot of good work in the windtunnel, and just bringing new parts to the car in the next few races to get some of that load back that we lost at the rear,” said Szafnauer.

“It’s exactly where it’s coming from. 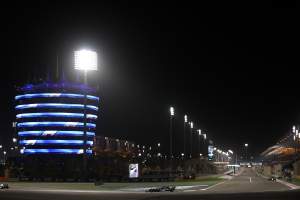 “There is a path. You’ll see some improvements coming at the next race, for example. Then, there’ll be some other upgrades as well. It won’t be the last one.”

Szafnauer said that is not only creating rear instability but in Friday practice at the Portuguese Grand Prix was also inconsistent amid changing wind, with both Vettel and Stroll complaining about not being able to “commit into the corner the same way each time”.

“Here in particular, it’s a little bit having instability going into the corner at the rear, but the biggest difficulty is the variability in it,” said Szafnauer after Vettel ended Friday practice 15th-fastest and more than half a second slower than Stroll.

“If it does the same thing, time and time again, then you can get to the limit and stay there and go a bit quicker. But when it’s variable, you don’t know what to expect. That’s the issue.

“The more you drive a car, the more you’re feeling it or with it, then the more you can predict that kind of stuff. It’s just a matter of seat time.”

Vettel felt in Portugal on Friday that it was “not easy to get everything together” with the changing wind but hoped more settled conditions on Saturday would help in qualifying.

“In these conditions, I was fighting the car a little bit more, so naturally [I was] a little less comfortable,” he said.

“But the long runs were a bit better and a bit more time in the car is always useful.

“It’s about stringing the lap together [in qualifying] and then see what we can get.”