Aston Martin is looking at whether it can tweak its Formula 1 car’s dark green livery to make it look better on television.

For this season the rebranded Silverstone team has changed from the pink BWT livery it had run a variant of since 2017 in its Force India and Racing Point days.

That colour scheme made the cars stand out but the team’s switch to Aston Martin branding this season meant trading it for a green livery – although BWT remains a sponsor of the team and there are still flashes of pink in the new dark, metallic green design.

Last weekend, ahead of the Styrian Grand Prix his company was the title sponsor for, BWT CEO Andreas Weissenbacher told Speedweek that Aston Martin chief Lawrence Stroll knew “my heart is bleeding” after the livery change.

He said that if the car was still pink then the recognition would be higher and it would benefit Aston Martin’s sponsors.

Weissenbacher called it wrong from a business point of view as while the ‘British racing green’ inspiration has an understandable historical connotation the car doesn’t stand out on television. 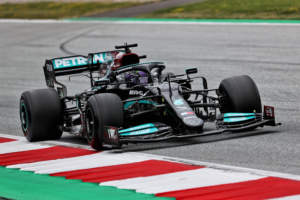 Aston Martin F1 CEO Otmar Szafnauer says the livery will remain green but admitted it was lacking differentiation on TV, which he believes doesn’t do justice to how it looks in light or in person.

“The green colour suits us, that’s for sure,” said Szafnauer. “It’s a stunning colour in the sun and when you’re looking at it in person.

“I believe we should be looking at making it pop a little bit more on television – without losing the green when you’re looking at it and it’s outside.

“I don’t know if we can do that but that’s one thing that we’re looking to do, just to make sure that it differentiates itself on TV from some of the other darker cars.”

Fully adopting the Aston Martin identity is part of a major effort from owner Stroll – who is also the automotive company’s executive chairman – to make it a top team in F1.

It has brought in several new sponsors including a significant deal with new title partner Cognizant. 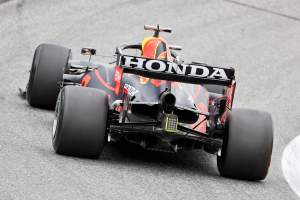 Honda’s response to ‘suspicion’ about its F1 engine
Read more

Prior to Stroll’s purchase of the Silverstone-based team in mid-2018, the BWT deal was a major financial asset for Force India – but it does not face the same burdens now.

So while keeping BWT on board was important to Aston Martin for 2021, and the partnership is likely to continue, a return to giving it full branding rights is unlikely.

“With the name like Aston Martin and Aston being green traditionally, and we’re growing the Aston Martin Cognizant Formula 1 team, I would think it will stay green,” said Szafnauer.

“Ferrari’s red, Aston will be green.”