An old disadvantage may be Aston Martin’s new F1 weapon

Bookkeeping could become as significant as exploiting the technical regulations to the limit in deciding the winners and losers in grand prix racing, such is the impact of Formula 1’s new cost cap introduced this year.

The ability of teams to judge the best bang for their buck in terms of performance and maximise what the rules allow is becoming more important than ever in shaping the competitive order given the constraints of the new financial regulations.

Speaking during a Steering Efficiency online event put on by Aston Martin strategic technology partner IFS, the team’s chief financial officer Robert Yeowart argued that in F1 “the battleground will be through spending it best” when it comes to the available budget.

The cost cap was introduced this year with a baseline figure of $145million, albeit with various exclusions and adjustments meaning that the teams spending the most will still be operating at a significantly higher level. 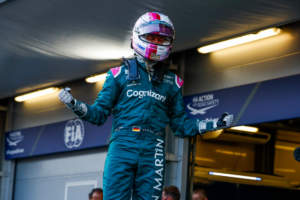 But with core F1 activities tightly controlled, the transition from spending war to a battle of financial efficiency is already well underway. It’s hoped this will benefit Aston Martin given its years of experience operating on a tight budget in its Force India guise prior to the Lawrence Stroll-led consortium buying the team in 2018.

Team principal Otmar Szafnauer recently stated the team has grown to “about 535 people now” with a target of “the region of 800, or whatever the right size is under the cost cap” as part of this process of expansion to the limit of what is possible.

“If you look at the big three teams, they’re all having to adjust and come down to a limit, whereas we’re planning our future size to be in line with the cost cap so we’re actually growing towards it,” said Yeowart.

“The cap comes down to the $135million in 2023. The teams will either have grown to it, or they’ll have shrunk down to it, and then the battleground will be through spending it the best.

“It will come into who understands what they’re spending it on, who understands the best pound-for-laptime ratio, who is getting that right, who is making sure they use their assets the best.

“That’s where we see with our inherent background, we’ve probably got a good advantage. We know how to make the ‘or’ decisions – we can have this or this, rather than this and this. That’s probably where we feel we’re well-positioned to have that inherent efficiency culture we’ve got.

“Putting the analysis and the reporting tools that allow us to really understand what we’re spending [in place], that’s going to be critical. I think that will become almost as advantageous as how you interpret the technical regulations.

The need to optimise efficiency, combined with the rigorous reporting demands of the financial regulations, is why the partnership with IFS is significant for a team like Aston Martin in tracking the costs and monitoring operational processes. 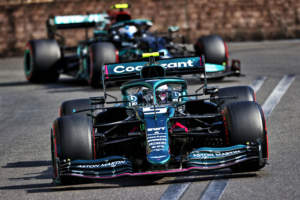 Tracking the spending is doubly important given there is a range of penalties for breaches of the financial regulations, which apply not only to the deliberate breaking of the rules but also minor breaches such as reporting errors.

Yeowart, who worked at Mercedes prior to joining Racing Point in 2018, explained how the team’s processes have had to evolve significantly to meet the demands of the cost cap.

“It’s meant a lot more robust reporting,” said Yeowart. “We need to be much more on top of what we’re spending, where we think we’re going to finish the year.

“In the past, if you overspent then you had to go to the shareholders and say sorry, but as long as you’ve done well on track, nobody really minded. Now if you overspend, you’ve got to figure out how you cope within your cost cap.

“So there’s much more analysis, we’ve got to be much clearer on the rules of what we should be allocating to the cap or what should be outside of the cap because there are some exclusions.

“We need to be very robust on the [parts] inventory, where we’re using the parts and when we first used them.

“So there’s much more. reporting, which is something I was used to at Mercedes but when I came here as Racing Point the reporting was just for the shareholders. We didn’t have such a level of detail and diligence in the reporting.” 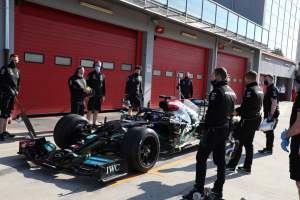 Just as with the technical regulations, the precise wording of the regulations often requires clarifications and there is a process in place whereby team CFOs can write to the FIA Cost Cap Administration for advisory feedback on how it is interpreting them.

Responses are sent not only directly to the CFO making the enquiry but also to rival teams, albeit with sensitive information redacted. The FIA has also sent out various clarifying notes, equivalent to the technical directives, as the new financial regulations are tightened up.

As the financial regulations allow both the FIA to investigate teams for potential breaches and for teams to raise complaints against rivals for suspected breaches, it seems inevitable that there will be cases in the future similar to those relating to those suspected of breaking the technical or sporting regulations.

Given the importance of pushing the limits of the financial regulations and the tendency of F1 teams to be aggressive in their interpretations, there is every chance that F1 motorsport managing director Ross Brawn’s claim that the cost cap “has teeth” when F1’s new rules were announced in 2019 will one day be tested. In an extreme case, breaking the financial regulations could theoretically lead to exclusion from the world championship.

“Aston Martin is potentially in the ideal position to take advantage of the biggest shift in the financial landscape in F1 history.”

But for now, the discussions are mainly about clarifying areas where the waters are muddied by terminology when it comes to the many exclusions within the cost cap.

Excluded costs include marketing, drivers, the three highest-paid personnel, heritage activities, finance and tax costs, bonuses up to a certain level and myriad aspects connected to health and safety and employee well-being.

“Because it’s early days, we’ve seen quite a number of clarifications come through from the teams,” said Yeowart when asked about this process by The Race.

“There have been a lot of guidance notes already issued by the FIA that sit alongside the regulations to try and get colour to what they meant in the regulations.

“For the clarifications, the best example probably is health and safety, which is excluded [from the cost cap]. Well, where does that stop? It’s really quite difficult to put boundaries on that. 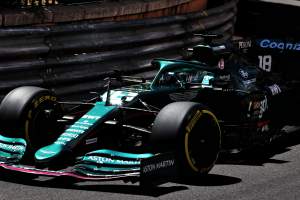 “So you need to tighten up some of what those definitions were at the beginning. We managed to get to, within the CFO group, a reasonably good point of common sense on these things.

“Wellbeing was an important topic, again within the boundaries of health and safety. Well, what constitutes wellbeing? Is your staff gym something that should be included or excluded – there was a bit of debate around that.

“So, it really just comes down to what exactly do you mean by health and safety? The more we can tighten up these definitions, the more you get a level playing field.

“It’s just like all the technical guys do with the technical regs. We’re getting into the details now of these regulations where we know what that say, but could you interpret that a different way but still within the regulations?”

Aston Martin is potentially in the ideal position to take advantage of the biggest shift in the financial landscape in F1 history.

With a new factory being built optimised to the demands of a team operating in a cost-cap era and working up to the spending limit having spent years overachieving on small budgets, the work being done behind the scenes will be integral to the team’s ambitions emerging as a world championship contender over the next five years.