An ‘F1 person’ takes charge – Our verdict on Domenicali’s role

Stefano Domenicali’s unexpected return to Formula 1 in the top job, replacing F1 CEO and chairman Chase Carey before next season, is a significant step change in the championship’s leadership.

Carey himself was part of the Liberty Media leadership ‘trident’ from the start of 2017, flanked by Ross Brawn as sporting boss and Sean Bratches on the commercial side. Brawn remains as the key tether between Liberty and the realities of F1, but Bratches has already departed this year and Domenicali’s succession of Carey will swing the balance towards ‘racing people’ once more.

Domenicali’s not the traditional sort of hard-headed, tough bruiser that might be associated with the top job in F1

That doesn’t mean a return to the pre-Liberty Bernie Ecclestone style of F1 management, though.

It’s more likely to be a shift in dynamic that builds on what Carey was meant to represent (leadership by democracy) but with stronger F1 roots. 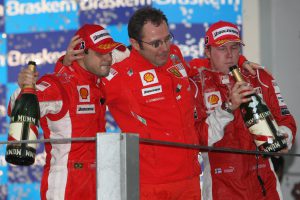 Domenicali is a supremely nice guy, intelligent, highly principled and with a proven track record of impeccable management. But he’s not the traditional sort of hard-headed, tough bruiser that might be associated with the top job in F1.

There is often plenty of blood and guts involved in the championship’s negotiations and his diplomatic charm may fall short against the sort of ruthless pursuit of competitive self-interest that prevails in this environment.

But he has political savvy of his own, perhaps best deployed in a motorsport context in his FIA Single Seater Commission presidency, and in any case he has alongside him his old boss Brawn who can be relied upon to wade through such battlefields with armour plating.

Domenicali was the obvious in-house choice to take over the team principal role at Ferrari once Brawn, the likely next-in-line, had departed at the end of 2006. And he kept the ship steady and calm enough for Kimi Raikkonen for Ferrari to take a second consecutive world constructors title in 2008.

But as someone who had grown within the organisation and been appointed by Luca di Montezemolo as a lieutenant, he was not empowered in the way that hired guns Brawn and Jean Todt had been. Nor was he the type of personality that could have assumed such a domineering role.

But he was skilled and smart enough to keep all the plates spinning in a very tricky environment. His people skills are considerable and he inspires affection as well as respect from those who work for him.

His appointment is therefore a commitment to a different style of management from Liberty Media, a step towards a ‘people person’ rather than a businessman. That’s not to say Carey (pictured above) did not get results or made life difficult for those beneath him. But he was neither a racing man nor a popular paddock man prior to his arrival.

Only those who dealt with Carey directly in the heat of negotiations, or the middle of crunch moments, can pass fair judgement on how he handled being in charge. But he was there as a non-F1 person to offer a different take and he did that, straddling the business world and the paddock.

That has its pros and cons. Sometimes he had an objective view that allowed for thinking and (attempted) decision-making free from the influence of a life in F1’s bubble. Sometimes that just meant he was too naïve or too detached from what the teams needed or wanted.

Where there was a disconnect between F1’s top dog and the teams there will now be a stronger link. This will continue the work Carey did in trying to rule F1 in greater democratic fashion to the way it was before, with the knowledge that ultimate power and control does lie with the decision-makers – so Domenicali, aided by Brawn, can pull rank if needed.

Brawn (pictured with Domenicali in 2011) will be a key ally there. It’s unclear whether F1’s leadership structure will remain the same with Domenicali’s arrival or if Brawn shifts into a slightly different role, reporting to Domenicali or perhaps a realignment so he is directly under Liberty boss Greg Maffei himself.

Certainly, Brawn seems to have grown comfortable in a position where he dives into the nitty-gritty of running F1 and is not afraid to table proposals of his own or make his position clear.

If he plays bad cop to Domenicali’s smiling, diplomatic good cop, F1 could have a very effective leadership duo. Just like with the top personnel in an F1 team, moulding the roles around the strengths of the individuals is better than putting them in organisational boxes. 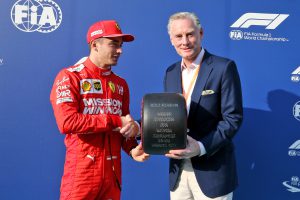 Why Bratches’ success in F1 is hard to pinpoint
Read more

Having two (ex-Ferrari) racing men running F1 day-to-day does shift the disconnect further up the chain. Domenicali is a Liberty appointment rather than a Liberty man like Carey was and that opens a gap between the very top (Maffei) and the people running F1.

But a stronger grip on day-to-day management and core issues is likely to be a net win over having to make more of an effort to report back to the likes of Maffei.

Domenicali will therefore be a different kind of leader for two reasons: his personality, which completes the transition away from the Ecclestone era, and his status as a racing man not a Liberty man, which differentiates him from Carey.

He will most certainly have a clear vision of how F1 should develop and adapt to its environment and he will endeavour to link up the Liberty and F1 parts of the role.

But he may require a bit of muscle to back him up at crucial moments.