Fernando Alonso has a seat at Alpine until he is “not fit for Formula 1” and the two-time world champion says he will be “the first one” to admit when that happens.

Alonso returned to F1 this season after taking a sabbatical at the end of 2018, signing a two-year deal to join the rebranded Renault works team.

That deal turned out to be a one-plus-one and prior to the Belgian Grand Prix, Alpine confirmed Alonso for the 2022 season in what executive director Marcin Budkowski has described as a “symbolic” renewal.

Budkowski said there was “no doubt on our side or Fernando’s side” but admitted the option existed “in case things went wrong or didn’t work, to end this relationship”. 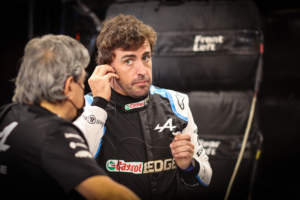 Alonso will stay with Alpine for 2022 F1 season
Read more

Alonso’s return was geared towards the major rules overhaul coming in 2022, with 2021 viewed as a year for him to get fully up to speed again in F1 and with the Alpine team – which Alonso is betting on to make a leap forward from the midfield with the new regulations.

New technical rules, a budget cap introduced this season, and a reworked set of commercial agreements are designed to make F1 more competitive and Alonso knows that one single season in F1’s new era is probably not enough for Alpine to give him a shot at the third title he wants.

Alpine CEO Laurent Rossi says Alonso can continue with the team beyond 2022 – by which time Alonso will be 41 – as long as he believes “he is in the right team” and he is also still performing at a high enough level.

“We need to give him a better car, so this yields better results,” Rossi said when asked by The Race what Alpine hopes to show Alonso for him to want to extend his comeback further.

“The results we have are not where we want to be four years from now and I’m sure not where he wants to be in a year from now. It’s just a step on the way. 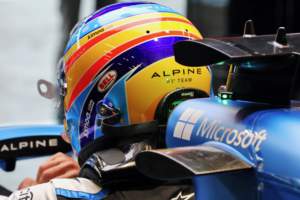 “We discuss that, him and I, quite a bit and the idea is to stay together as long as we are performing together and we’ll play it by ear.

“Before the end of next year we’ll decide what we do together but the goal is to carry on as much as we can.

“As long as Fernando is going to be operating at the level he is he should be an Alpine driver.

“If he is not fit for F1 he will leave F1 altogether and we owe him a car that will match his talent.

“That’s the deal we have together.”

Alonso returned to F1 aged 39, making him the second-oldest driver on the grid behind the retiring Kimi Raikkonen, but he has always insisted his age has no bearing on his ability.

He turned 40 in July which means is Alonso wins again in F1, he’ll be the first driver in his 40s to do so since Nigel Mansell in 1994.

Alonso says he will be the first to admit when he is no longer capable of performing at the level required but he believes that will not come in the short term and expects to be racing in 2023 – assuming he wants to continue with Alpine, which has had a slightly weaker season than last year.

Asked by The Race what he will be looking for next year from himself and the team to extend his F1 career further, Alonso said: “Hopefully next year we have a package that we can fight for competitive positions. A step better than this year, that’s the target.

“We had some expectations this year after the three podiums of Renault last year that we could fight for three or four podiums in the season. We didn’t find that.

“Ferrari improved a lot, AlphaTauri improved, McLaren stepped forward with the Mercedes engine, so we find ourselves fighting just between eighth and 12th position, let’s say, this year. 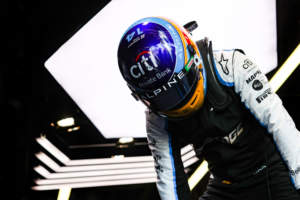 “We want to improve this next year, that will be the first target. That will encourage me, probably, to continue after that.

“And on my side, I need to keep improving. As I said many times I’m not 100% yet. Probably on days like [Belgian GP qualifying in the rain], it shows that I still need to improve in some areas.

“Next year if I see some progress for myself and I keep improving and I keep enjoying, why not to keep racing?

“If I see that I’m not up to speed or not doing a good job I will be the first one to raise my hand and say maybe a new face will be better for the team.

“But I hope not! I hope that I can raise the hand and say that I’m ready for the challenge in 2023.”

Alpine admitted early in 2021 that some problems over the winter with its aerodynamic development left it on the back foot.

It is also effectively using a three-year-old chassis, having carried over its 2019 design to 2020 – then doing the same for 2021 because of the development restrictions implemented as part of a range of F1 cost-saving measures during the COVID-19 pandemic. 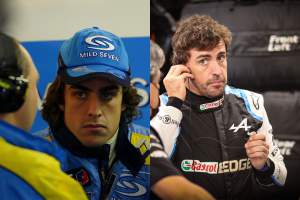 The Renault engine is also the same as the previous design ahead of a major overhaul for 2022, which Alpine hopes will combine with the new aerodynamic rules to facilitate a significant improvement.

“It is a symbolic renewal, but symbols are important,” said Budkowski of Alonso’s 2022 contract.

“When you see how Fernando’s been performing in the last few races it’s clear he’s a great asset to the team. And from his point of view he came back for the challenge of the new regulations.

“This year is a bit of a warm-up for him. It’s now clear he’s ready for the challenge.

“It’s up to us as a team to give him a better package next year.”

19 mins ago Formula E No Comments