Two-time F1 champion Alonso, who will return to grand prix racing this year after a two-year absence, was involved in a collision with a car while cycling in Switzerland last Thursday. 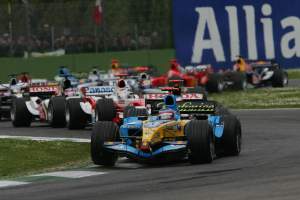 He was taken to a local hospital before being transferred to a Brno facility for surgery on an upper-jaw fracture.

Pictures of Alonso being discharged from hospital surfaced earlier today, and Renault has now officially confirmed that he’s been allowed to return home.

“After a period of 48 hours [of] observation at hospital in Switzerland, Fernando Alonso has now been discharged to continue his recovery at home,” an Alpine team statement said.

“He will now have a short period of complete rest before progressively resuming training to undertake preparation for the start of the season.

“As always, thank you for your best wishes for Fernando’s recovery.”

Alpine previously said it expects Alonso to return to sufficient fitness for the start of pre-season testing in Bahrain on March 12, two weeks before the first grand prix weekend of the 2021 campaign at the same venue.