Williams Formula 1 driver Alex Albon’s dramatic brake failure during the first part of qualifying for the Emilia Romagna Grand Prix was caused by the brake balance being too far back having originally been set for using intermediate tyres in damp conditions.

Albon initially went out on the intermediates, in common with most of the field, but returned to the pits after one lap to switch to soft slicks.

The brake bias remained unchanged from that initial lap, as the team didn’t request a change be made by Albon using the brake balance adjustment switches on the steering wheel.

No problems were anticipated, as so far during Friday’s running building sufficient rear brake temperature had been a problem. 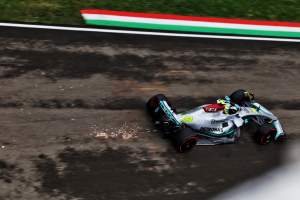 However, the extra energy resulting from the extra grip of the tyres allowed Albon to brake harder and led to the temperature rising rapidly – beyond the cooling capacity of the brakes.

The thermal runaway caused a fire during Albon’s first push lap, leading to a small explosion when the wheelrim failed as a result of the temperature.

“We were running a fairly rearward brake balance in the wet because we were struggling to get the brakes hot enough,” Williams head of vehicle performance Dave Robson told The Race.

“We should have gone forward again when we went back to the slicks and we didn’t until it was a bit late.

“The problem is that there’s so little cooling on the rear brakes because the power unit does most of it [the braking]. Once it got too hot, we could see it and we did what we could in terms of getting him to slow down, but it did start to run away.

“You are balanced on a knife edge between getting them hot enough when it is wet and not letting them run away when it’s dry. It’s just frustrating.” 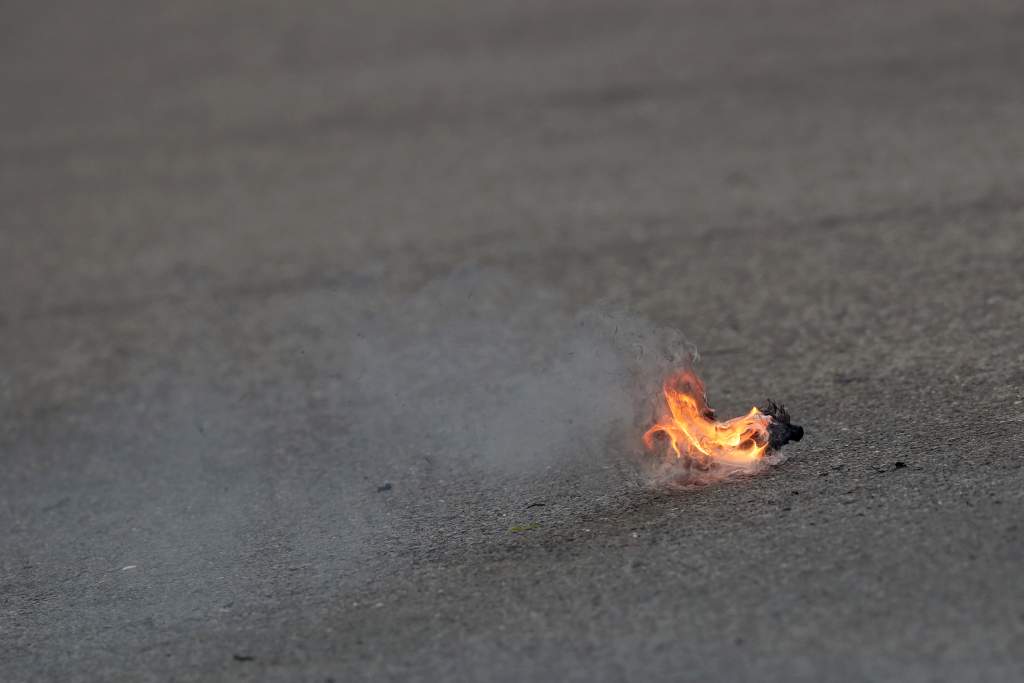 As Albon didn’t set a time, he was classified last, with team-mate Nicholas Latifi 18th.

Williams suffered a similar problem during Bahrain testing with Latifi, although that was caused by a brake by wire problem that overworked the rear brakes.

There, Latifi attempted to return to the pits but had to stop, at which point the fire took hold and caused significant damage.

But this time Albon was able to return to the pits, which also maintained a cooling airflow that prevented the fire taking hold, proving this approach to be correct.

This ensured that the damage was contained and mainly the brakes, wheelrim and upright – although the suspension has also been changed as a precaution.

“At least we proved what we tried to do in Bahrain to get the car back was the right thing to do,” said Robson. 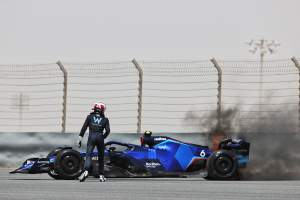 “It does look bad, but the dramatic bit is the wheelrim. There’s actually not much damage – it’s very much contained within the upright.

“So getting the car back and letting the guys deal with it straight away rather than parking up and waiting for a marshal was definitely the right thing.”

Given the only free practice session was held in wet conditions earlier in the day, Williams could only estimate the braking loads of the 2022-specification cars at Imola.

As there is a fine margin between the brakes being in the right window, or either being too cold or overheating, small differences can lead to problems. Getting this balance right is particularly difficult in the cool conditions at Imola.

“It’s one of those things where it would be too easy to say, ‘there’s a risk of getting it wrong, so we won’t try’ and then you let the brakes run too cold and give up performance,” said Robson. 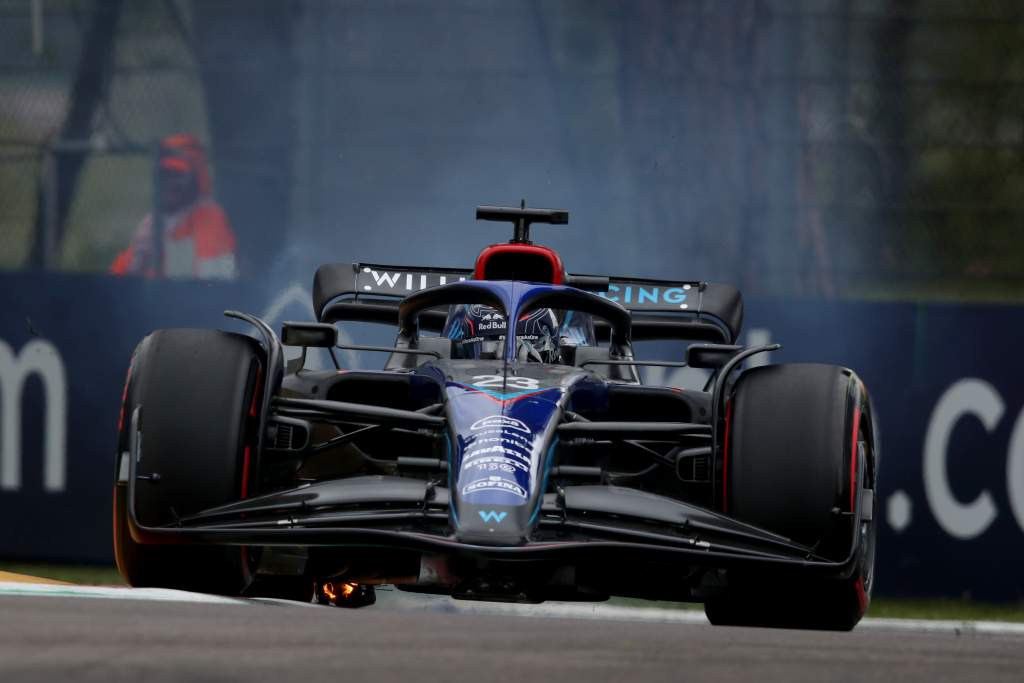 “So you try and push it and then when you push it too far, In this case, it goes visually spectacularly wrong.

“Although it was costly, it’s not as bad as it looks. But it does attract the attention so the easy thing to do would be to play it safe – but that’s not how the sport works.

“We misjudged it, made a mistake with the [brake bias] switch and it backfired.”

Williams headed into the Imola weekend following its first points finish of the season with Albon’s superb drive to 10th – assisted by an unorthodox strategy of running on his starting set of hards until the end of the penultimate lap – in Australia.