Alex Albon has not been dropped by Red Bull unfairly. It would be disingenuous to feel sorry for him purely on the basis of an outcome that cannot be fairly reasoned against.

Formula 1 is a results business and he spent most grands prix this season quite a long way from the level his team needed him to be. Red Bull had not set unreasonable targets, but Albon still didn’t do a good enough job and has therefore been replaced by Sergio Perez for 2021: setting Max Verstappen up for a fourth team-mate in four seasons.

We can assume he has been reasonably well remunerated in his unexpected, albeit short, F1 career and he still has a safe job in 2021 as Red Bull’s test and development driver – potentially even with a view to finding an F1 seat again in 2022. So Albon does not come out of this particularly badly.

Where he deserves some sympathy is in understanding how his struggles fit into a bigger picture at Red Bull, and the questions posed by his failure to be the driver the team needed.

If Albon’s a victim of anything it’s Red Bull’s messy attitude towards drivers for a few years now, and its inherent struggle to find a driver that can be paired with Verstappen. Albon’s been chewed up and spat out by the same underlying Red Bull problem that brought him into F1 in the first place. 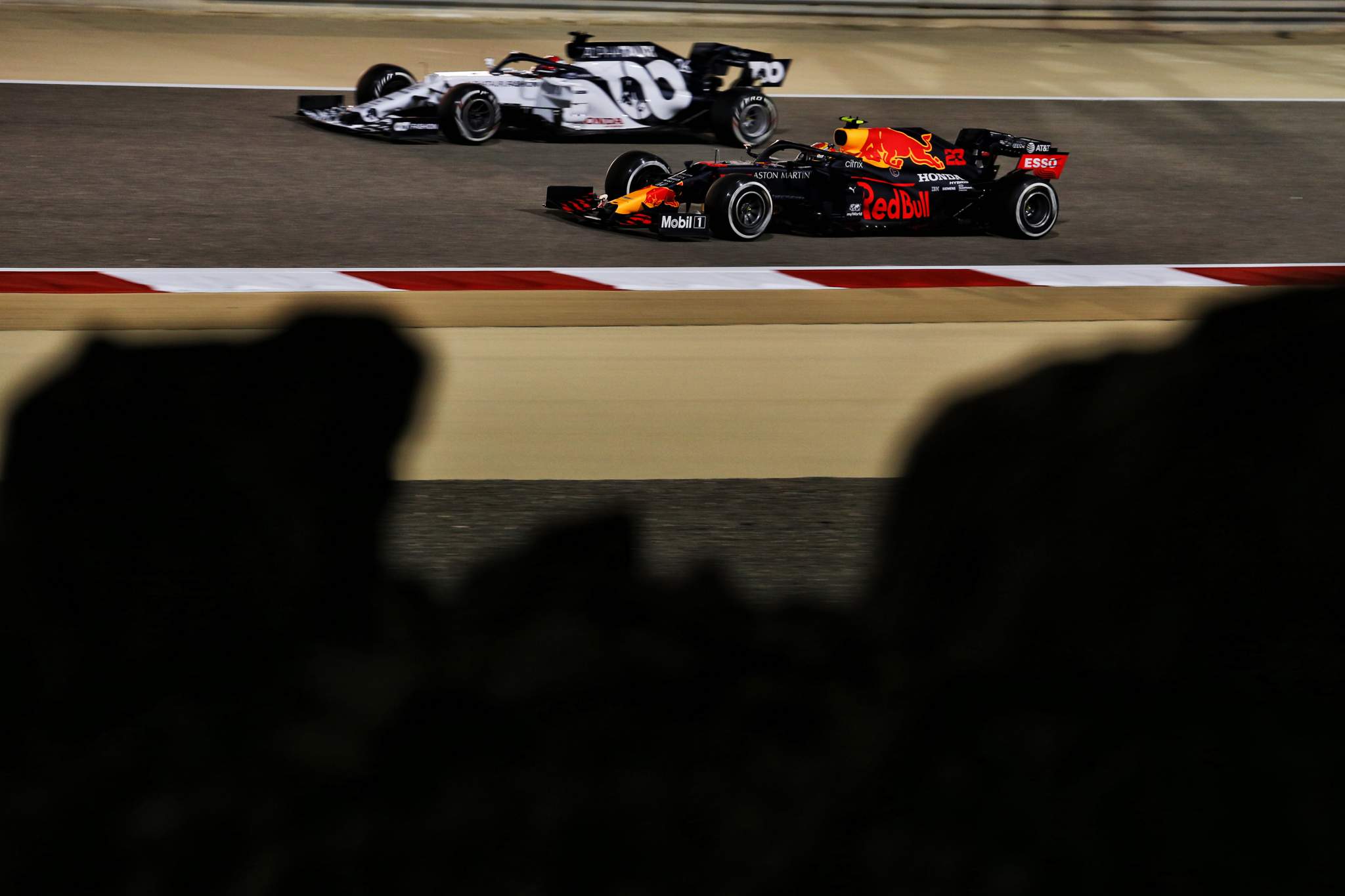 Since Daniel Ricciardo, a widely accepted member of F1’s elite group of drivers, left the team Red Bull has not come close to having a similarly competitive replacement alongside Verstappen.

It ended up picking a driver it has never really seemed to want – Pierre Gasly – and then binned him after half a season. The replacement was a driver Red Bull dropped eight years ago and only picked up when it ran out of other drivers – Albon.

Then when Red Bull had to face up to that driver not being good enough, it didn’t go back to the original Ricciardo replacement – who is now a race winner in Red Bull’s sister team. And it had no other drivers in the pool to turn to because the other driver in the second team – Daniil Kvyat – was also a Red Bull Racing reject. So it has signed an ‘outside’ driver for the first time since hiring Mark Webber in 2007 and the team’s 2021 line-up will be the first since Webber’s final season in 2013 that hasn’t comprised a pair of Red Bull junior team graduates.

It’s important to note that Albon has benefitted well out of Red Bull’s inherent driver confusion in the Verstappen era. He is also not a driver Red Bull nurtured for many years than gave up on after one bad season: Albon was dropped eight years ago and only ever made it to F1 in the first place because Red Bull had run out of proteges and needed to parachute in two previous rejects, Albon and Kvyat (having already tried Brendon Hartley), into Toro Rosso.

Changing drivers was necessary not because Albon is a lost cause but because it’s vital for Red Bull to work out if he was really the problem. After all, he ended up replicating Gasly’s struggles before him

So Albon was lucky to get his F1 chance, and even luckier to be handed one of the four most competitive seats on the grid with his call-up to Red Bull. But it would be too flippant to dismiss it as a case of ‘easy come, easy go’. The Verstappen team-mate saga, which Albon’s fate became wrapped up in, is the product of years of Red Bull confusion. And Red Bull needs to make sure Albon is the end of its recent messy cycle.

Opting for Perez is a chance to put the senior team back on an even keel and give the young driver programme a chance to regroup, with Yuki Tsunoda having a year at AlphaTauri alongside Gasly, and Juri Vips and Liam Lawson racing in Formula 2.

Provided they are up to the task, Red Bull does have a decent short/medium-term supply of AlphaTauri prospects and, by extension, Red Bull Racing candidates. That has not convincingly been the case since Verstappen’s senior team debut in 2016. It just seems to have taken Albon getting exposed for Red Bull to either recognise the problem or begin to address it.

Changing drivers was necessary not because Albon is a lost cause but because it’s vital for Red Bull to work out if he was really the problem. After all, he ended up replicating Gasly’s struggles before him. That may well be because neither driver had the right combination of experience, opportunity and mentality to cut it at that level – but Red Bull desperately needs to make sure.

Albon is very quick when he has confidence in the car and is responsible for some overtaking highlights during his Red Bull stint. He is a driver that, in certain moments, could absolutely be what Red Bull needed. His problem was he couldn’t seem to achieve it on his own. His performance peaks this year came when race circumstances shifted in his favour – his high points in the Austrian and Bahrain GPs were, after all, assisted by the safety car. 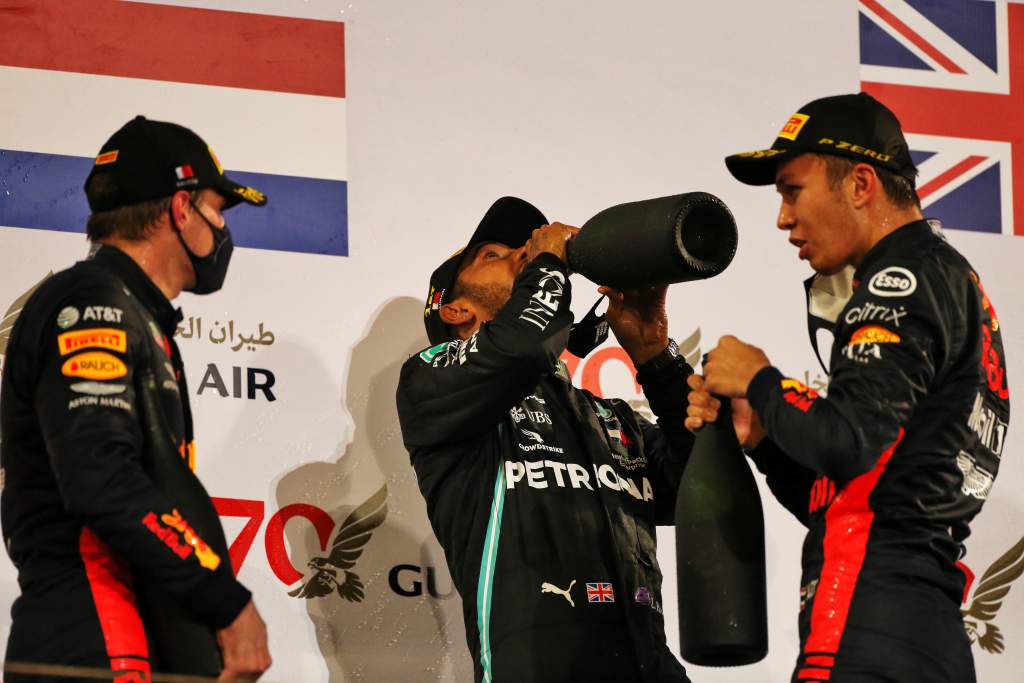 Discovering whether another driver can perform at a higher level than that or whether Red Bull is weighted too extremely towards Verstappen is therefore a fascinating test case. Perez is a proven, experienced, race-winning driver who will firmly answer that. And that’s an important and intriguing proposition because whatever the answer, it will provoke further scrutiny.

If Perez does fulfil the ‘Valtteri Bottas’ role at Red Bull, then while the different circumstances of his arrival vs Albon’s will needed to be taken into consideration, it will underline that Albon was simply not good enough in his situation. And that should also force Red Bull to confront the problems of its young driver programme, because if Albon’s that far off then Red Bull should never have let itself get to a point where it had to call on a driver like him for its second car.

But if Perez doesn’t get close to Verstappen then the questions Red Bull must answer will roll in thick and fast. Is Verstappen unmatchable to a degree that even being two or three tenths off him is impossible? If so, how flawed is Red Bull’s package that even a driver that outrageously quick can’t fight for the title? If not, how flawed is Red Bull’s package that only a driver of Verstappen’s calibre – or with his particular driving style – can get that kind of speed out of it?

Whatever happens with Perez, Red Bull has some fundamental realities to address. Kudos to the team for showing the pragmatism to stop promoting its own drivers just for the sake of it. But it must get to the bottom of why those drivers either haven’t been good enough, or never stood a chance against Verstappen.