Absurdity and brilliance in a heroic Grosjean last place

As The Race reaches the end of its first ever season, we’re celebrating by picking some of our favourite pieces of our 2020 output.

Scott Mitchell’s selection starts with an Edd Straw analysis of a very unusual drive to last in a grand prix – Romain Grosjean’s stoic battle to the finish at Mugello in a very battered car.

“It was the detection of a performance that went utterly unnoticed by everyone else, and it picked up on more than just the ‘man battles broken car’ element,” says Scott. “Edd’s piece tapped into the essence of Grosjean being quirky, endearing and a bit chaotic!” 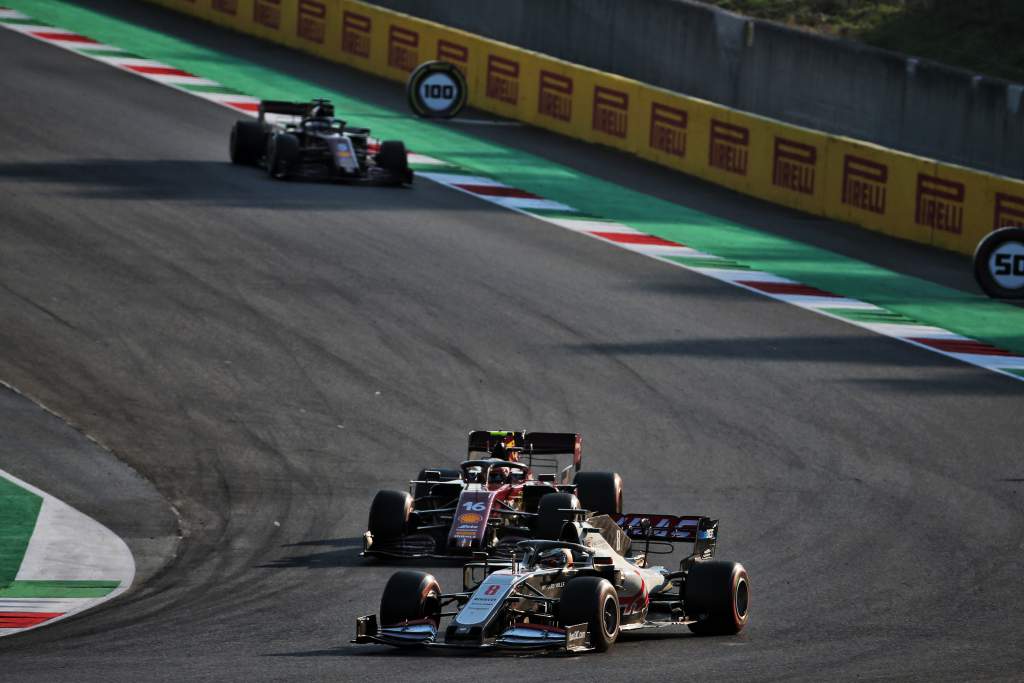 Romain Grosjean didn’t get much airtime during coverage of the Tuscan Grand Prix at Mugello, which was unsurprising given he spent 36 of the 59 laps running last and finished 12th.

Yet the Haas driver’s run to 12th was a heroic failure given what he did in difficult circumstances.

Grosjean finished almost 10 seconds behind 11th-placed George Russell, but it was remarkable he even made it beyond the second corner of the opening lap having been part of the accident that put out Max Verstappen and Pierre Gasly and also damaged Kimi Raikkonen’s Alfa Romeo.

“OK, let’s see if it actually goes straight or not” :: Romain Grosjean

In fact, Grosjean had switched off the car after hitting the tyre barriers.

Grosjean started 15th and was on the inside line through the first right-hander. He stayed to the right at the exit and although he drifted slightly to the left the accident was triggered by Pierre Gasly putting his AlphaTauri between Grosjean and Raikkonen. 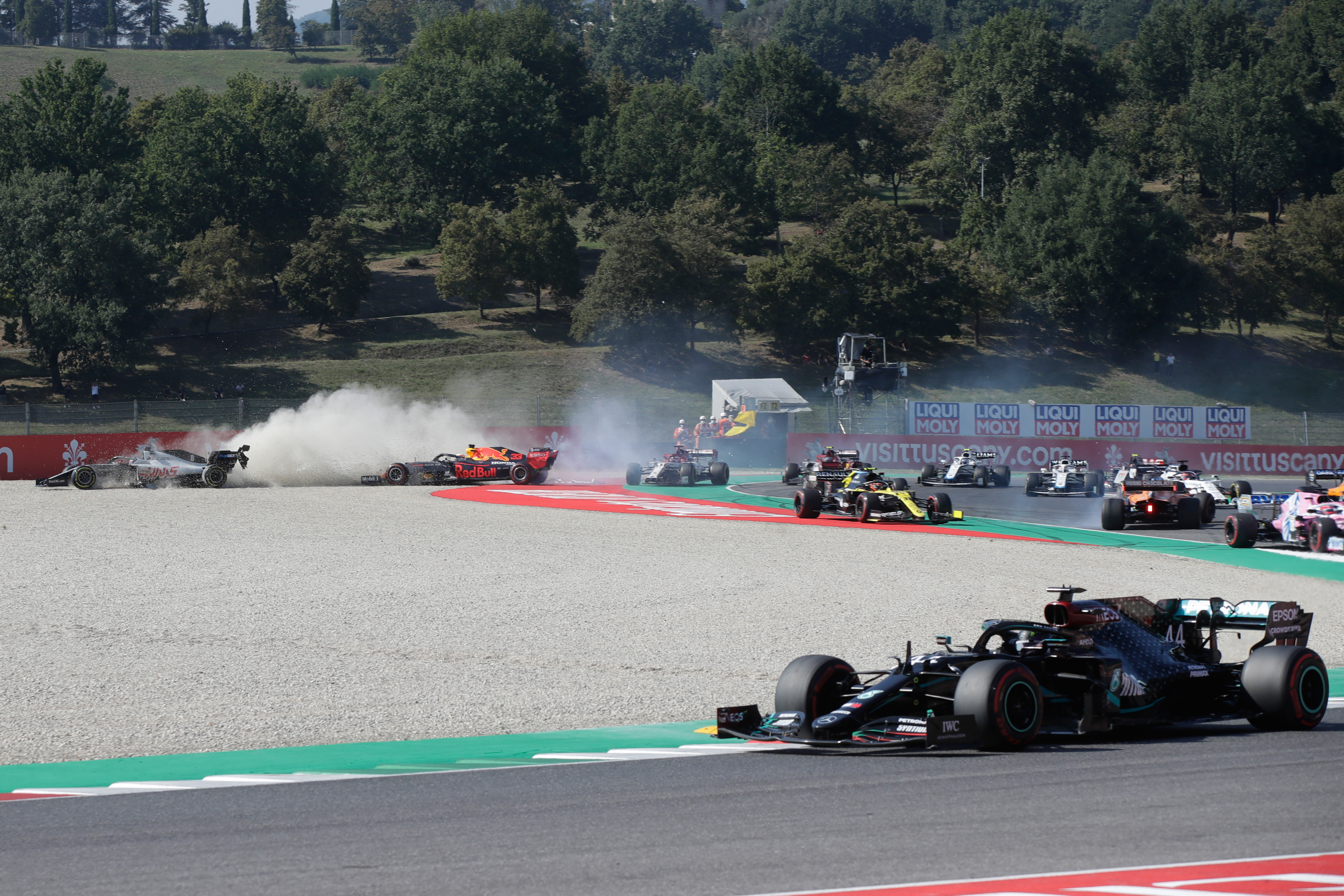 Inevitably, he was squeezed and the trio made contact. Grosjean was hit several times by Gasly, pushing him off the track and sideways through the gravel and into the wall. The left side of the car hit the tyre barrier squarely.

After complaining vehemently and questioning which driver caused the crash “from nowhere”, Grosjean restarted the car and told the team “I’m trying to come back”.

He briefly drove backwards to rejoin the track at the entry to the second corner, commenting “there’s a bit of grass here” then said “OK, let’s see if it actually goes straight or not” once on the asphalt.

When asked if he thought there was front wing damage, Grosjean was uncertain but as he rounds the Casanova/Savelli bends his surprise at the condition of the car became clear. 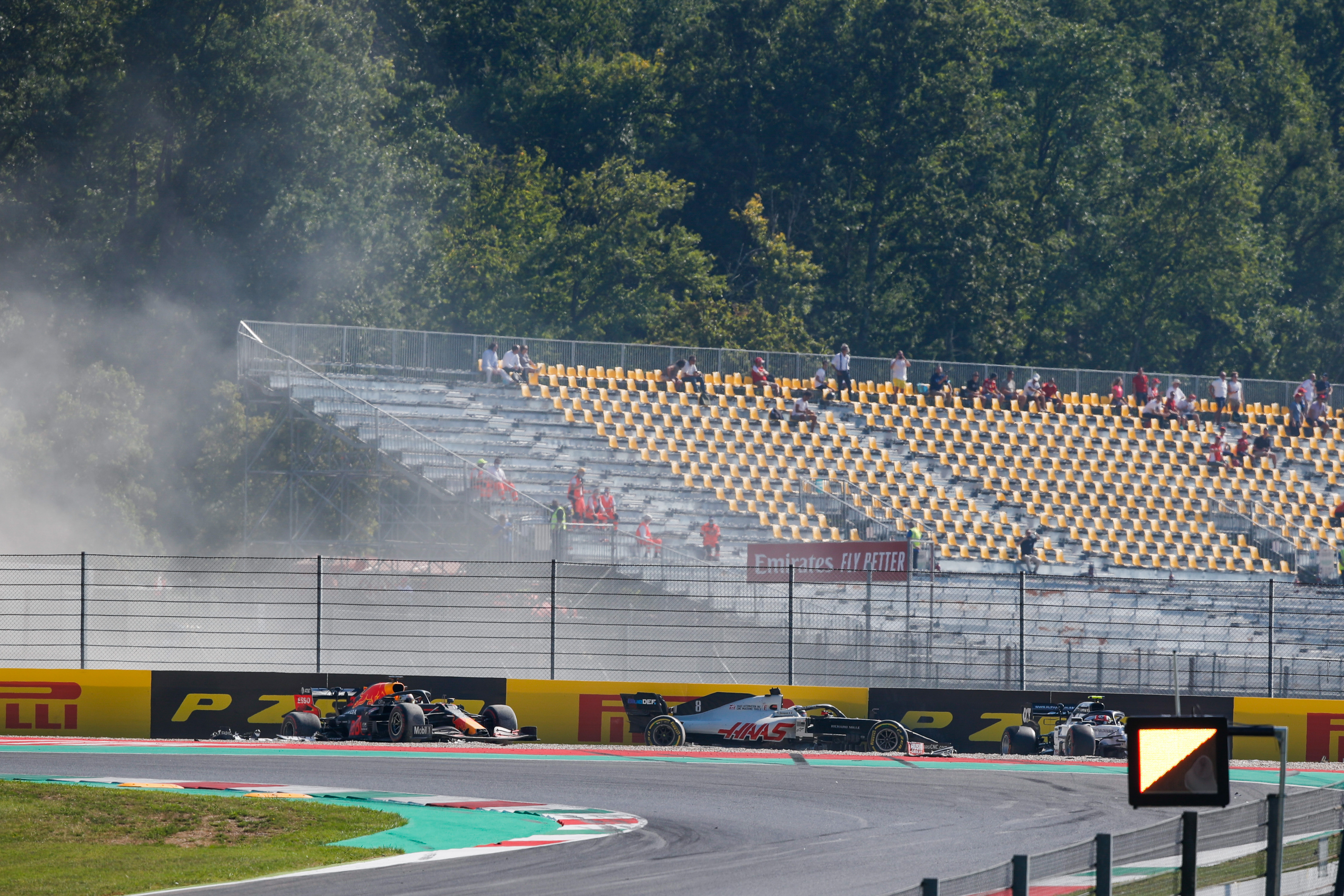 “It was a big hit but I don’t know if the front wing is damaged,” he reported. “There is absolutely a ton of gravel on my back, which is lovely.”

A few moments later he cheerfully reported “I think…don’t know, I think I may be OK” before being told the data suggested the front wing had somehow survived. Despite obvious damage to the floor, the impact with the tyre barrier wasn’t as serious as it looked.

“It’s more the suspension side I’m worried about, but it looks like it’s going straight,” said Grosjean. He was then asked if the tyres were damaged and responded that they were OK, meaning Haas left him out to take the safety car restart.

Grosjean managed to avoid getting caught up in the subsequent big crash by lifting then getting on the brakes, narrowly avoiding Carlos Sainz Jr’s McLaren, which was the car ahead of him in the queue.

With the team unable to repair his car significantly under the red flag conditions, Grosjean restarted with the aim of getting to the finish given the number of retirements meant points were still possible. 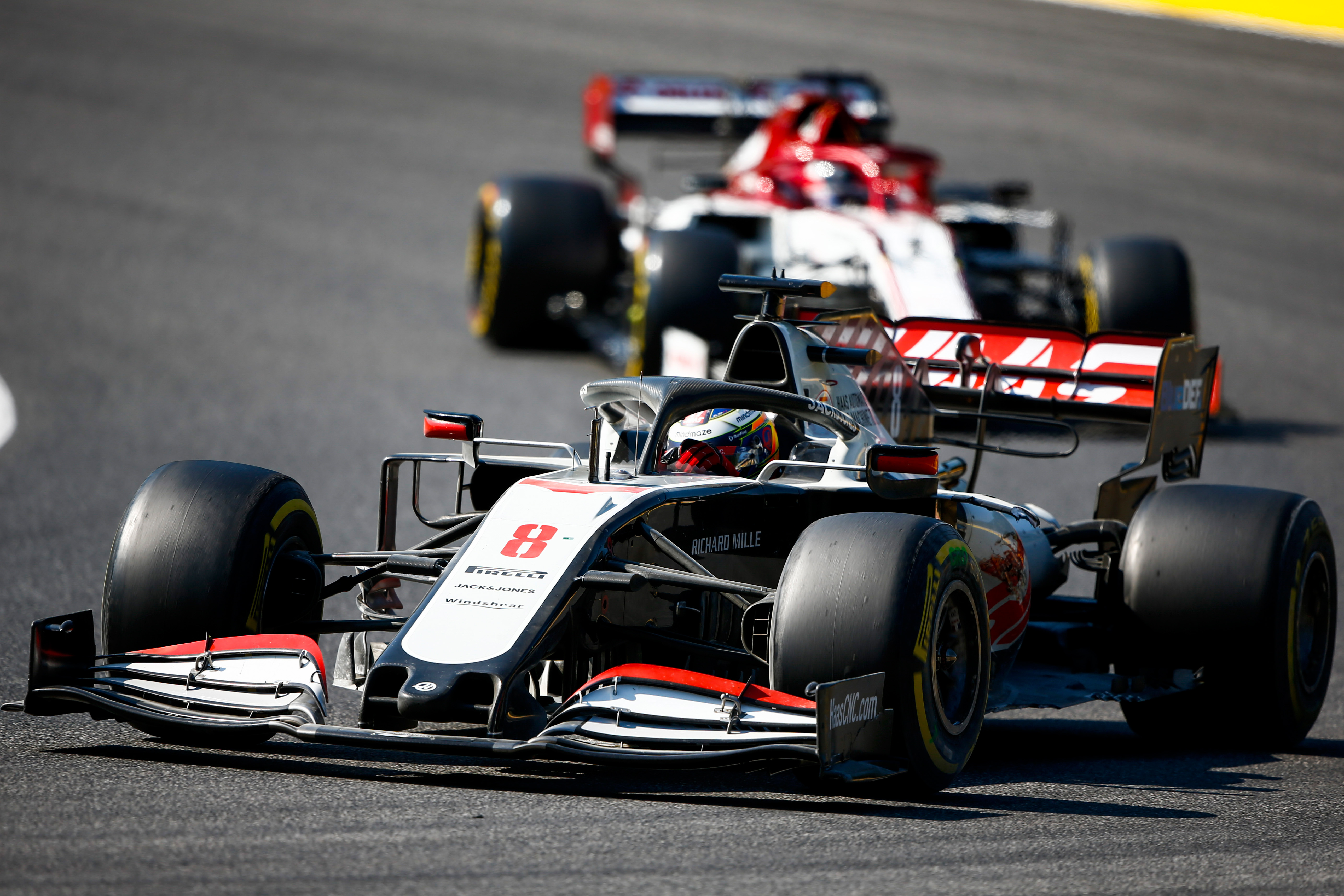 He took the final restart last but took 11th from the wheelspinning Russell on the run off the line. He then picked off Sebastian Vettel through the first corner then produced arguably the pass of the race to go around the outside of Leclerc for ninth at Materassi, which gave him the inside line for the second part of the left/right combination.

But it was impossible to stay there in a car that he was told on the slowdown lap lacked 60 points of downforce, which Grosjean suggested equated to a performance loss of around two seconds for what was already one of the slowest cars in the field. Inevitably, he soon dropped back to last.

“Things really went well and I could overtake the two Ferraris, the Williams and fight up there,” said Grosjean of the final restart.

“But we were missing about two seconds of performance on the car that we could measure so I’m happy we finished the race.

Images courtesy of F1,FIA and XPB