'A joke, unfair, a fortune to fix' - Alfa’s flexi-wing anger - The Race
Skip to content
Formula 1

‘A joke, unfair, a fortune to fix’ – Alfa’s flexi-wing anger

Alfa Romeo team principal Frederic Vasseur has branded the FIA’s decision to introduce more stringent flexible bodywork tests “a joke” because of the cost of the changes this is forcing teams to make.

The Sauber-run operation is one of the teams that rivals suspect are pushing the limits of the rules on flexible bodywork. Red Bull team principal Christian Horner, whose team has also been targeted by rivals, has named Alfa Romeo as another that will be “quite badly affected” by the changes, which will kick in after the Azerbaijan Grand Prix.

Asked about his reaction to Horner naming his team, Vasseur insisted that all teams will be impacted by the change given they all design their bodywork to meet the demands of the load tests.

“It will affect everybody,” said Vasseur. “At the end of the day, we have the regulation with the maximum deformation under load and I think we are not more clever than the others. Everybody was sticking to the limit, and the FIA decided to change the limits.

“It’s a bit surprising, but they changed the [test] load and the deformation [permitted] – and in the course of the season. It’s not the introduction of a new test or a new way to do the test, it’s just that they change the [load] value. 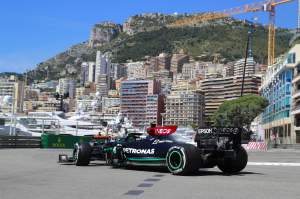 “This is the first time that we see something like this, because if you are at the limit, if you did a good job, you have to produce new wings. But in terms of cost-saving, it’s a huge, huge, huge effort.

“We have time to do it, but it will cost us a fortune.”

Vassuer refused to put a specific number on the cost, but stressed that forcing such changes is at odds with the ongoing attempt to save money in F1. Alfa Romeo is one of F1’s smaller-budget teams, which means unexpected spending on such changes is a big blow.

He pointed to the absurdity of debating the detail of every minor cost, but then implementing a change in the load tests that creates such expense for teams.

“We are all fighting to try to save money, to speak [about] reducing one person at the track.

“And then we have these kinds of things that is just a joke, a joke for me.”

Vasseur is adamant that the changes to the rear wing design will have only a small performance effect, which echoed the views of rival team bosses including Horner, Ferrari’s Mattia Binotto and Alpine’s Laurent Rossi.

He also likened this sudden rule change to the impact that would be had if the weight limit were suddenly changed.

However, the counter-point to Vasseur’s argument is that Article 3.8 of the technical regulations already includes a catch-all rule insisting bodywork must be rigid over and above the demands of the specific load tests. 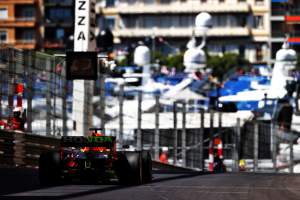 “Honestly, it will be marginal because we did the back to back a couple of times and the difference was not huge,” said Vasseur.

“And it’s not about this. My concern is why next week won’t we change the weight of the car, also? Because one team is not able to reach their limits. I don’t know.”

Vasseur admitted to being “a bit upset” about the situation given the impact on his team.

He argued that the objective of the design of the car is to produce components at the limit of the regulations, which Alfa has achieved with its rear wing.

He also said it was a “joke” that some teams have said they will not be affected by having to stiffen up their rear wing, which points the finger at rivals Mercedes and McLaren.

“I’m a bit upset with the approach to change the rule,” said Vasseur. “To change the value of the test is not fair at all because the business of the engineers in F1 and the designs is to design parts at the limit of the regulation.

“If you change the regulation in the course of the season, you will have to design new parts and the teams who are saying that they won’t be affected, it’s a joke.”