New Williams CEO Jost Capito says the support offered by Dorilton Capital has been even better than he expected, with investment surpassing £100m already.

Since Dorilton bought the team late last year and the founding Williams family stepped aside, a steady injection of significant capital has been committed.

Dorilton invested £42.5m in early September, said to be to settle loans from a company owned by Michael Latifi (father of Williams race driver Nicholas) and HSBC, with only one final HSBC loan remaining unsettled. 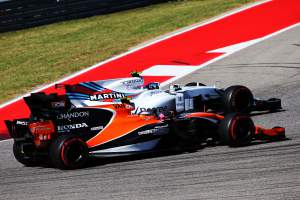 Williams will not disclose what that is for, but in addition to paying off loans and covering running costs, it has been known that a key target has been updating or replacing its technical infrastructure at Grove, with an eye on having better facilities to build a better 2022 car to all-new rules.

Ex-McLaren boss Capito, who started in his role last month, said on his first media appearance as Williams CEO that Dorilton has indicated the team will continue to get what it needs.

“Don’t expect from us that we tell you exactly where we invest and where we put the investment in,” he said when asked by The Race to outline what Williams was seeking to improve.

“But I can confirm that Dorilton has invested already a lot since they started, and they are continuing to do this.

“If we come up with potential performance improvements, measures that we can do, we get the full support from Dorilton.

“This is absolutely fantastic. And this is even much better than I expected when I accepted the role.

“It’s very much the areas we will recognise and we will point out where we have a lot of potential to improve.”

Williams’s new era under Dorilton has brought with it a significant amount of optimism. Capito has been reunited with his fellow ex-McLaren man Simon Roberts, who joined Williams in the first half of last year and became team principal when Frank and Claire Williams departed.

Dorilton will “restructure a bit” the senior management, according to Capito, with no dedicated technical director at present but a group of department heads.

The appointment of Roberts as full-time team principal, having initially taken on the role in an ‘acting’ capacity following the family’s exit, has been described by Capito as an important step that Williams can now build the team around.

Williams’s reveal of the FW43B on Friday was centred on a striking new livery but the relatively low amount of sponsor decals was notable. Capito says this will be addressed soon with “some announcements” in the pipeline.

“Over the coming months, you will see how we will develop and invest in the Williams brand for the long term,” he added.

“It is an approach that has the full backing of Dorilton, and takes preference over chasing the last drop of sponsor money.”

Williams’s behind-the-scenes work, which includes appointing 2009 world champion and the team’s former driver Jenson Button in a senior advisory role, is largely focused on getting the team ready to take full advantage of the new rules being introduced next year.

It has finished last in the constructors’ championship for the past three seasons, and in 2020 endured its first point-less season in 42 years as Williams Grand Prix Engineering.

However, last season was a significant step in car performance from 2019, and Williams expects to progress further on-track in 2021 – hence a plan to upgrade its car and chase gains this year, while also having a dedicated team developing the FW44 for 2022.

Lead driver George Russell, who is a Mercedes protege and has been linked with a move to the team in 2022 after moving across for one race in 2020 to replace the unwell Lewis Hamilton, believes ’22 will bring an end to Williams’s recent poor run of results.

He said Dorilton’s investment and the arrival of key figures like Capito gave the team a “very bright future”.

Meanwhile, Capito has boldly claimed Williams can emulate McLaren’s upturn in form, following his former team’s rise to third in the constructors’ championship in 2020 after several years going through its own struggles.

“What we think we have at Williams is huge potential in people,” said Capito.

“We have very experienced people from the past and we also have great young experts onboard. So, the mixture is actually great.

“We need to get some more on board, some more leadership, and through the investment Dorilton has done and is still doing we can catch up in areas where we might have fallen back a little bit in the recent years.

“We caught up already during last year, but you know it can’t be seen that much in this year’s car because it’s very much the same as it was last year.

“We will still strengthen our workforce. And we invest a lot in technology to make the car faster and that’s why we believe we will make a major step towards performance in ‘22.”