Kylotonn, the developer of the licensed World Rally Championship games, has announced that WRC 9 will be released for the PlayStation 4, Xbox One and PC on September 3, 2020.

A Nintendo Switch version will be released at a later date.

The game is also being developed for the PlayStation 5 and Xbox Series X, with exact details and a release date for those versions to be revealed in the coming months.

The game promises an improved career mode with enhanced gameplay mechanics, new opportunities to upgrade your team, a wider variety of events and a stronger link to what the real-world WRC teams are doing throughout the year.

Fifteen iconic rally cars from history will also be included, although the exact roster is yet to be announced. 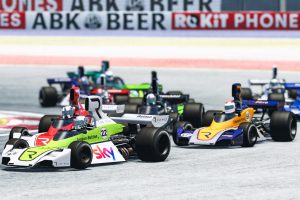 Further enhancements have been made to the vehicle physics, with particular attention dedicated to suspension, braking and mass transfer.

Improvements to the sounds of the cars have also been made, with the aim of making the gameplay experience more immersive.

Kylotonn, the company that has developed the licensed WRC games since the fifth title in the series, has also extended its licensing agreement with the World Rally Championship until the end of 2022, meaning WRC 10 and WRC 11 are also penciled in for a future release.