Wins for Toman and Terzic in IndyPRO races at Portland

Jiri Toman and Alen Terzic shared the wins in the second round of the Formula SimRacing IndyPRO championship at the Portland International Raceway, with tyre choices helping them win their respective events.

The top four qualifiers all started the 15-lap race on the harder tyres, while Toman in fifth was the highest-placed driver opting for softs.

That strategy call got him ahead of Philip Kraus and Stefanko in the opening lap, although Terzic proved to be a much harder driver to pass.

It wasn’t for another five laps before Toman overtook Terzic at the inside of Turn 7, but at that point he was five seconds behind race leader Simoncic.

Despite the time gap Toman was able to easily slipstream past Simoncic down the start/finish straight on lap 12 for the race lead and eventual win. 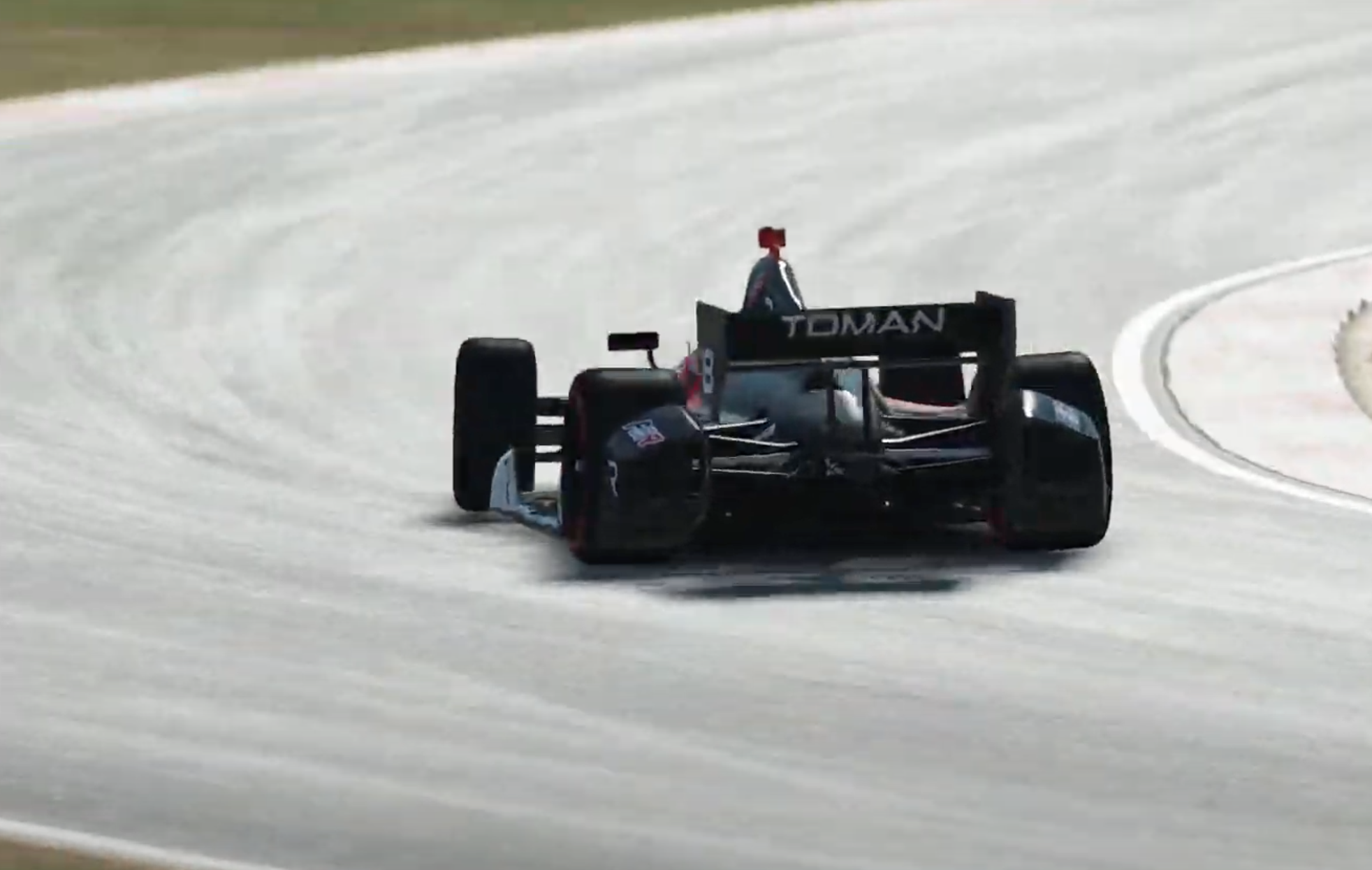 Simoncic held on to second, with his Burst Simplexity team-mate Michi Hoyer completing the podium.

Hoyer benefitted from a mistake by Dennis Jordan as he had been running in third and dropped two positions by understeering onto the grass at Turn 4, allowing both Hoyer and Jordan’s Evolution Motorsport team-mate Alex Siebel to get ahead of him.

Williams Esports driver Stefanko crossed the line in sixth and the second-highest hard-tyre runner behind Simoncic.

For the second Williams Esports driver Petar Brljak, it was a disappointing race after he’d won the sprint race in the previous round.

Two separate incidents meant that, despite starting in eighth, he ended the sprint race in 23rd of the 24 starters.

The top-10 finishers from the sprint race had their positions reversed for the start of the feature race, putting Craig Baxter on pole.

But Baxter quickly fell down the order, with Kraus and Terzic quickly moving up to first and second respectively in the opening laps.

Just before the top three drivers entered the pits for their second set of soft tyres, Terzic made a successful bid for first by braking later and taking the inside line for the Turn 10-11 chicane.

Stefanko then jumped Kraus for net second in the pits as Kraus was boxed in by other drivers around him, causing Kraus to crash into the rear of Mateo Caruso when leaving his pit box. The crash gave Kraus steering damage and took Caruso out of the race.

As the top three drivers ran the hard tyres in the sprint race, they were only obliged to run one set of the hards for the feature race whereas many other drivers had to use both of their mandatory hard sets in the feature race, which proved to be an inferior strategy.

Simoncic finished the race in third as he ran the harder compound tyre twice, but overtook a wounded Kraus when the HM Engineering driver pitted for the hards.

Despite his poor performance in the sprint race, Petar Brljak climbed his way up to fifth in the feature race as he had the benefit of only needing to run the harder-compound tyres once in the feature race. He crossed the line just behind Kraus but beat Dennis Jordan in sixth, who had opted to enter the pits three times compared to the conventional two-stop strategy in a bid to run the hard tyres for as few laps as possible.

The championship reaches its halfway mark in two weeks’ time as the IndyPRO and IndyAM series head to the Sebring International Raceway. 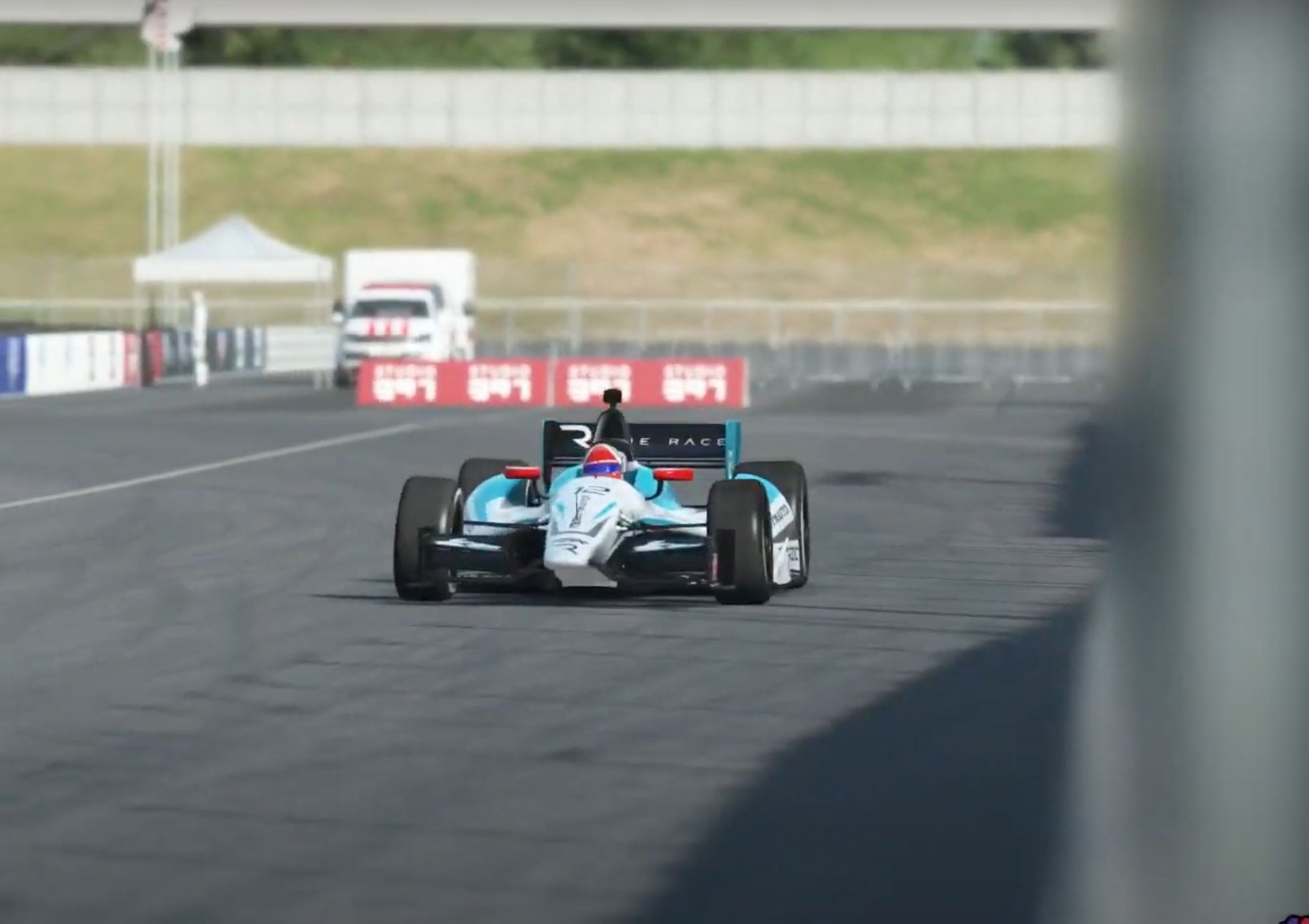