The joint programme’s #01 car, driven by real-world racers Louis Deletraz (whose father Jean-Denis has two class wins in the real-life Le Mans 24 Hours) and Raffaele Marciello as well as simracers Nikodem Wisniewski and Kuba Brzezinski, took the honours, beating the pole-sitting ByKolles – Burst Esport entry by 17.7 seconds in the rFactor 2-based event.

In the final half an hour, Rebellion Williams Esports was running first and second, but the #13 car was passed by Jernej Simoncic piloting the ByKolles car with 20 minutes of the race left to run.

That left Wisniewski in the leading Williams Esports car with a 23-second advantage over Simoncic, and he was actively fuel saving to avoid having to enter the pits again.

The gap was too big for Simoncic to close down, but still ensured ByKolles – Burst Esport #4 Oreca 07 machine finished in second and split the two Rebellion Williams Esports cars on the podium.

ByKolles’ start to the race was compromised by a jump start for Tom Dillmann, who got up to speed too early and had to serve a drive-through penalty.

Then just under seven hours into the race, Jesper Pedersen was struck with a rig failure which meant he turned the ByKolles entry hard right into the barrier at Corvette corner.

That dropped the crew – which also included WTCR ace Esteban Guerrieri alongside Dillmann, Simoncic and Pedersen – from second to 11th, only for it to return to the position in time for the chequered flag.

Mercedes Formula E racer Stoffel Vandoorne, who had led the race during Pedersen’s steering failure, looked to have put the Veloce Esports #16 car firmly into race winning contention in the early hours.

However, once night fell, the car crashed into the back of a GTE entry and dropped down to 13th – which is where it finished, three laps down.

A number of high-profile drivers had their running hampered by technical issues.

Almost immediately, two-time F1 champion and real-life Le Mans winner Fernando Alonso was the victim of mix-up as he was left in a position where he couldn’t refuel.

He was given a drive-through penalty early on after sideswiping the Porsche Esports Team #94 GTE entry piloted by Simona de Silvestro at Tertre Rouge.

The penalty was applied just as he was entering the pits, meaning the game wouldn’t let him refuel, but he didn’t have enough fuel left to complete another tour of the circuit.

Therefore the FA/RB Allinsport team retired, but re-entered the race after the first of two red flag periods and on the same lap count as the bottom of the LMP class, six laps down on the leaders.

The team then made it to the end of the race, finishing in 17th and eight laps down on the race winner.

No words needed. We were ready for Le Mans but unfortunately the software wasn’t 🤦@Racer_D , @atzekerkhof @gregerhuttu , @LandoNorris and @Max33Verstappen gave it their all, but you can’t prepare for this

Thanks @fiawec_official for organizing a fantastic event and broadcast pic.twitter.com/I6sSCcpzjT

Midway through the event, Red Bull F1 driver Max Verstappen was leading the race for Team Redline when he was rear ended by another car after suffering a screen freeze and sustained severe damage.

He carried on but then spun and hit the wall at the Porsche Curves, before deciding to retire.

A second red-flag period, likewise necessitated by server issues, with just four and a half hours of the race left to go allowed the Team Redline entry to come back although Verstappen and Norris never got behind the wheel again.

The car finished 25th after simracer Atze Kerkhof jumped on to take the team to the chequered flag.

In the GTE category, Porsche Esports Team #93, with pro drivers Nick Tandy and Ayhancan Guven along with simracers Tommy Ostgaard and reigning Porsche Esports Supercup champion Joshua Rogers, finished first in its class and a lap ahead of Aston Martin Racing in second.

Romain Grosjean’s R8G Esports outfit was third in class despite a couple of notable incidents in traffic.

Porsche, which at one point had their cars running in first, second and third in class, was hampered by a driver change problem in the #91 car.

Then, in the final two hours, its #92 car lost third place after a disconnection, meaning the two cars finished down in 11th and 12th in the GTE category.

Ferrari F1 driver Charles Leclerc was mixing it at the sharp end of the GTE class initially, but his night-time stint didn’t start well as he spun and dropped from second to fourth in class for the #52 Ferrari, which also had Alfa Romeo F1 driver Antonio Giovinazzi among its drivers.

Leclerc then encountered lag and server issues, which bound the team to the pitlane for a long time and dropped it to second-to-last.

I don't know if I should laugh or cry…
Finally managed to get back into the race, out of the pits and the car rolled on it's own pic.twitter.com/lKUfaffmj4

The crew had a trouble-free second half of the race and moved back up the order to complete the 24 hours in 18th in class and 15 laps down on the GTE winners. 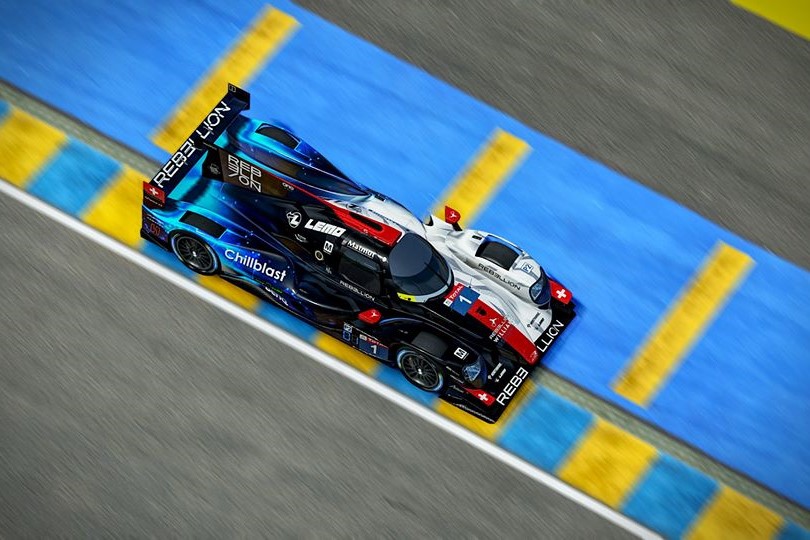