Williams Esports’ drivers Sami-Matti Trogen and Agustin Canapino won the fourth round of the BMW SIM 120 Cup held on iRacing, earning themselves $1200 each.

Canapino drove the car for the second half of the race and, with three minutes of the two hour event remaining, he overtook the Williams Esports Fanatec car down the Kemmel straight at Spa-Francorchamps for the race win.

Trogen and Canapino, who drove the Cup of Nations branded car, are the latest two drivers to earn their place in the BMW SIM Live event to be held later in the year.

Lasse Bak for Williams Esports Fanatec took the lead of the race early on having benefited from the first lap spins and collisions to move up to second before slipstreaming past Williams Esports Chillblast driver Arthur Lehouck.

Before the race started the polesitter Scott Andrews of G-Drive Racing Exima and third placed Ricardo Rico of Zennith Esports both spun while rounding the Bs Stop chicane at the end of the formation lap.

But a slow start by Team Redline Blue’s Alexander Thiebe from second on the grid meant he lost first place as quickly as he gained it.

Before the pit phase Williams Esports briefly held a 1-2-3-4, although a spin for Williams Esports Razer brought other teams into contention – namely the two VRS Coanda Simsport cars driven by Jeremy Bouteloup and Joni Takanen respectively in the first half of the race.

Takanen ran out of fuel at Blanchimont and his drop in speed caught out Bouteloup who was closely following him, meaning Bouteloup rear-ended Takanen and sent him spinning.

Mack Bakkum took over from Bouteloup in the number two car and over the course of his stint he caught up to Moreno Sirica for Williams Esports Chillblast and passed him at the Kemmel straight for third – the final position that offers up prize money.

Sirica dropped to fifth place after being overtaken by Maarten van Loozenoord for G-Drive Racing Exima in the final 10 minutes, with Loozenoord making up for his team-mate’s spin on the formation lap.

The next round in the BMW SIM 120 Cup will be held on September 20 at Road Atlanta.

Before then the BMW SIM M2 CS Racing Cup, the German manufacturer’s official championship held on rFactor 2, will have its next race on July 22. 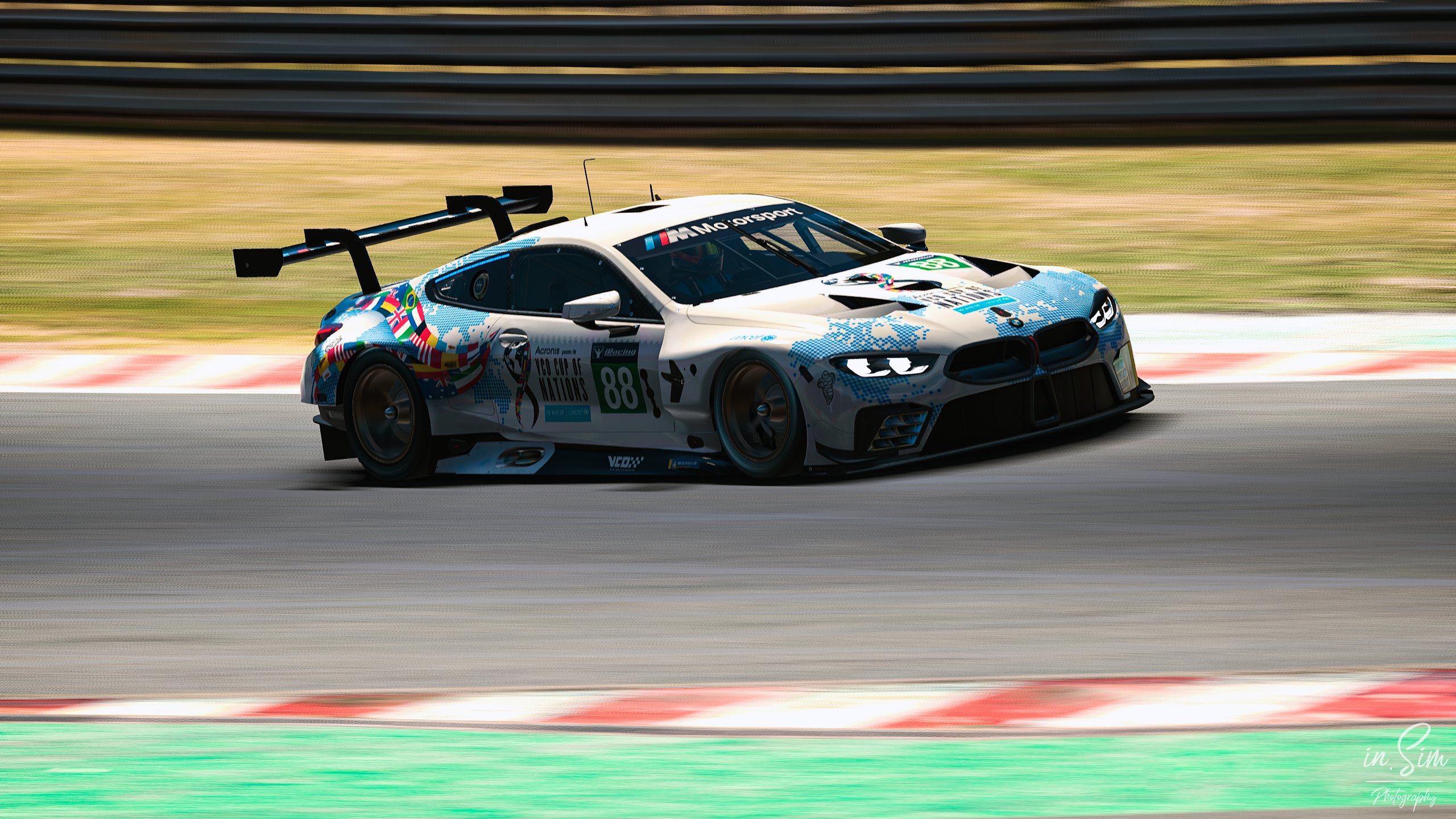