As the Deluxe Schumacher Edition of the new F1 2020 game is released today, we’ve taken a deeper look at some of the new features – including some of the less talked about additions.

The most hotly anticipated game mode in F1 2020 was the all new ‘My Team’, which gives players the chance to create and run their own Formula 1 team alongside the 10 real life squads.

The resource point system from the previous games remains as that currency is used to purchase car upgrades and adapt them when rule changes come about. 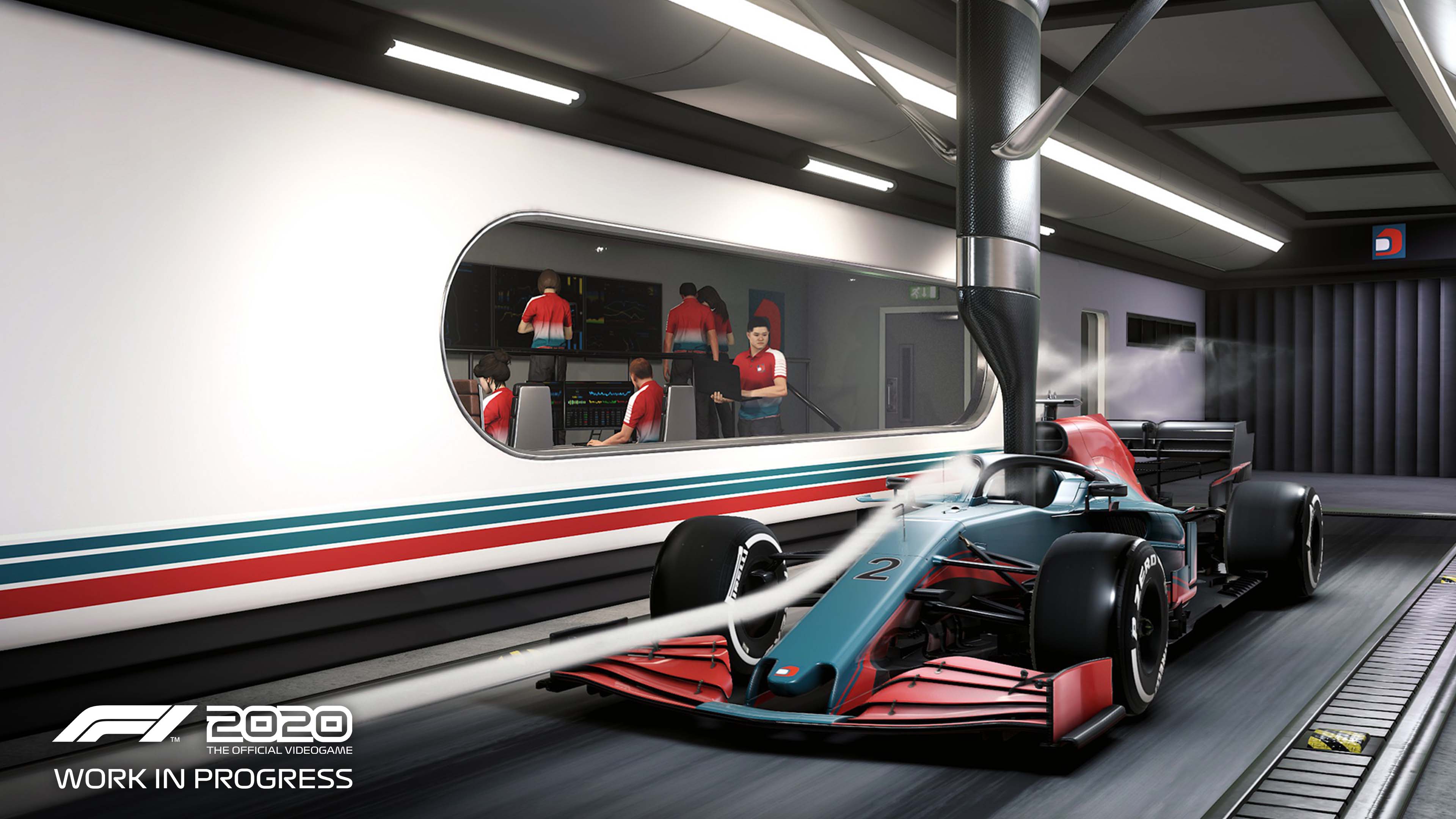 You also have to manage your cash in order to upgrade your facilities, which can help improve your team-mate’s stats, prevent car upgrades from failing and help you to earn more resource points per in-game week.

You’ll need to invest into improving your facilities if you want to attract one of F1’s biggest names to your team, since having the money to pay their salary isn’t enough if your team isn’t up to scratch. 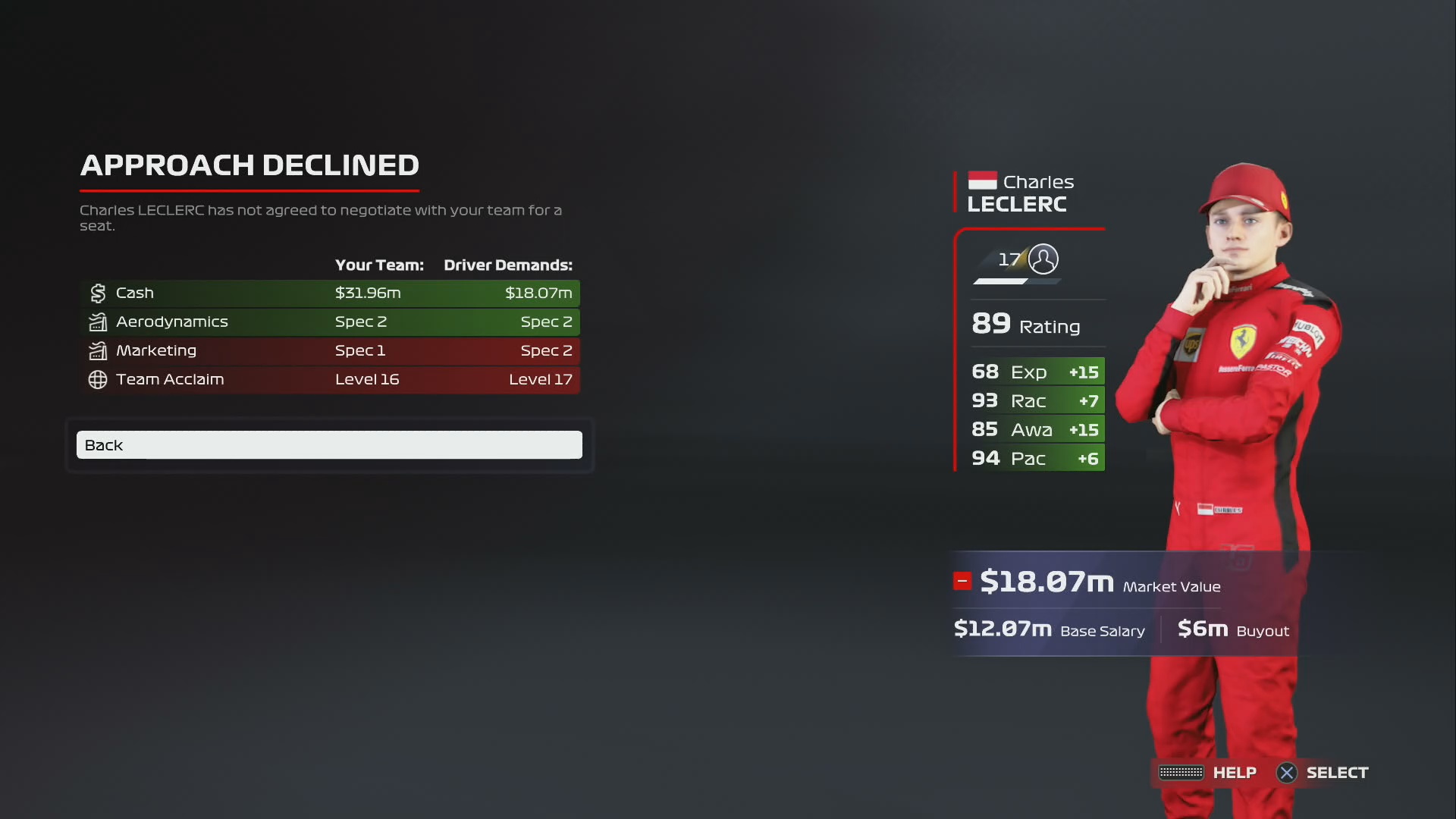 Most drivers will only join your team if your facilities are at a certain level, and some require you to have achieved a certain position in the constructors’ championship the previous season or have one of the fastest cars at that specific moment.

F1 2019 featured the reintroduction of driver changes to a licensed Formula 1 game for the first time since the nearly two decade old F1 Manager PC game.

This year’s game has stepped it up a notch, with drivers now able to retire throughout the course of a career and have Formula 2 drivers step up to take their place. 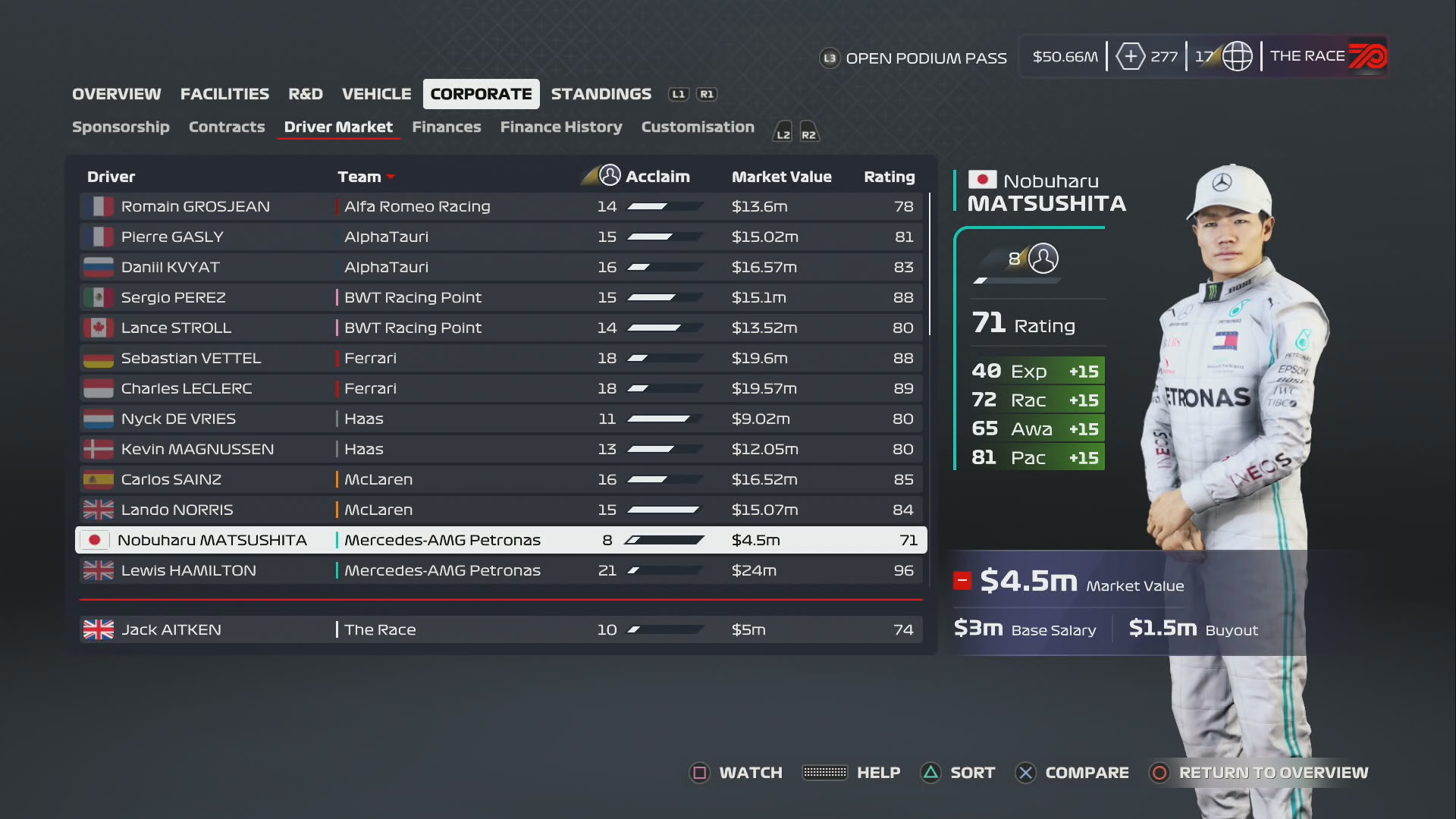 The addition of driver ratings mean you can make an informed decision about who to sign, but the same goes for the other teams who, for the most part, will make signings that are far less bizarre than was seen in F1 2019’s career mode.

It also means that someone who starts the career as one of the lowest rated drivers can, over time, become one of the championship’s greats.

For example; George Russell starts with the third lowest overall rating of any F1 driver, but by the end of a sixth season of play he was the seventh highest rated driver with a better overall rating than Sebastian Vettel, whose overall had dropped by two.

That far into the 10 season long career mode, Hamilton’s ratings started to decline from their high of 96, with Max Verstappen the new best driver in the field. 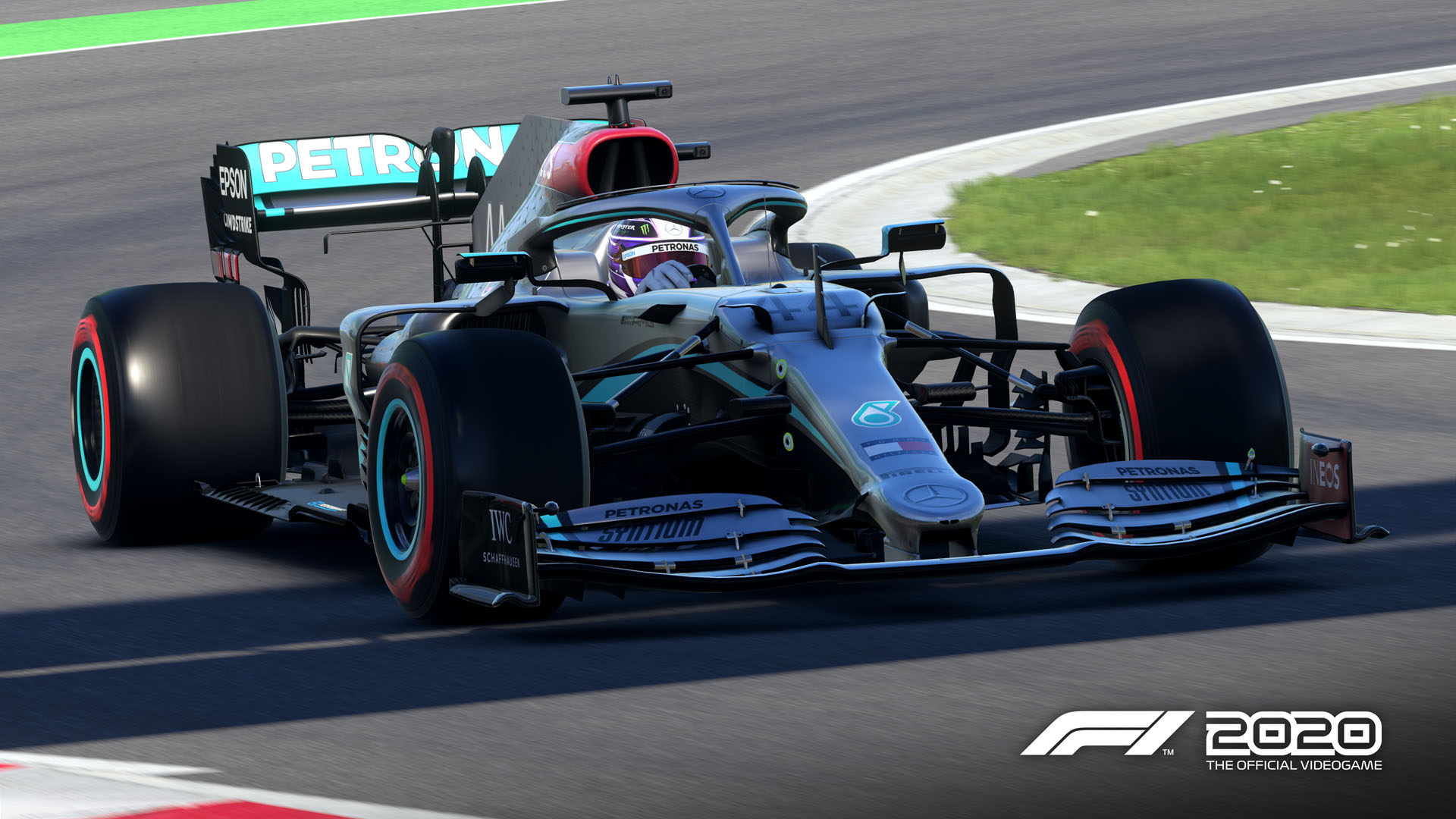 At the start Ferrari has both the most powerful and durable engine, but that also makes it the most expensive engine to acquire with your limited starting budget. 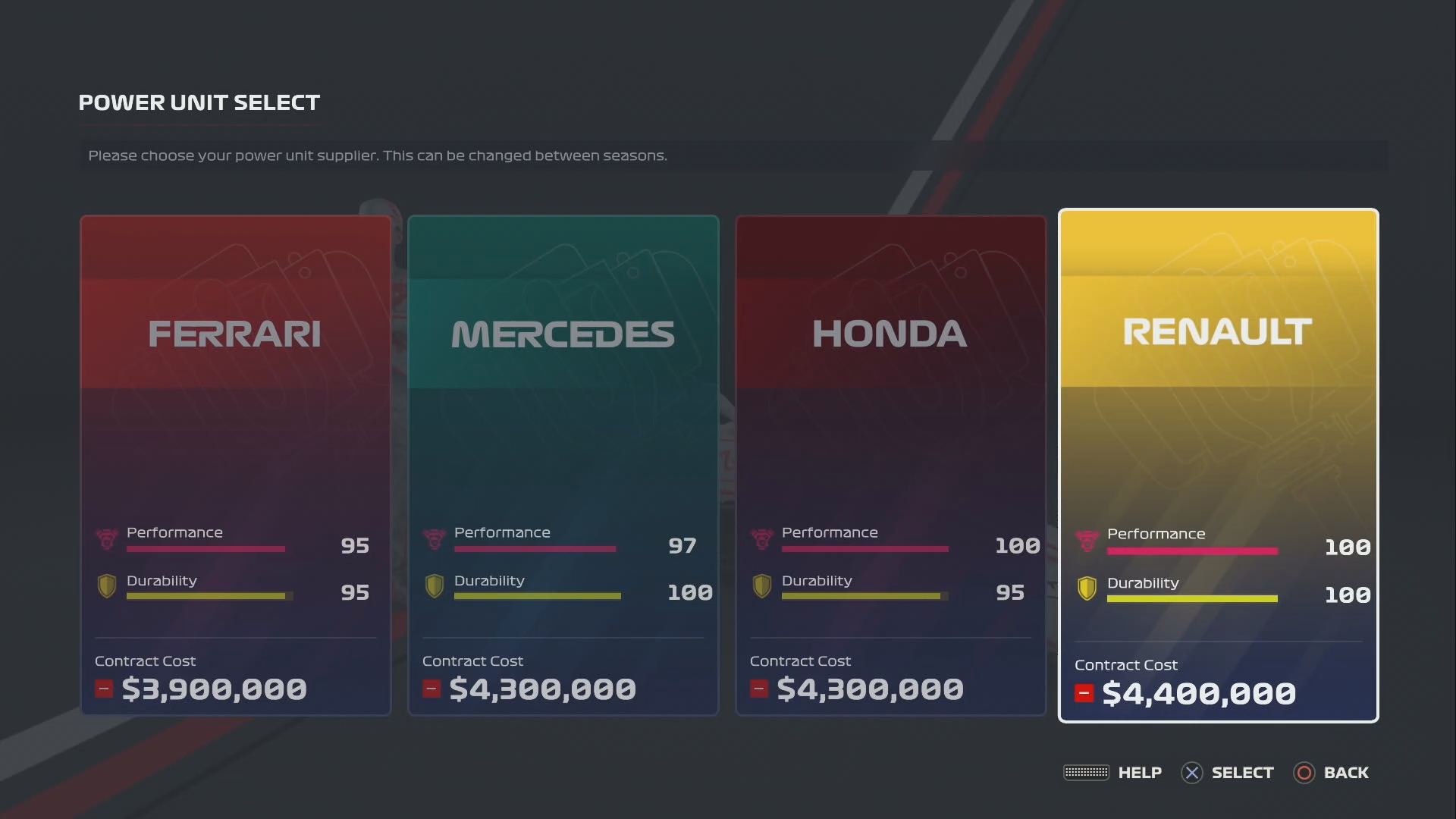 If you don’t want to get bogged down in the business side of the sport then you can spend your time designing instead.

Creating your own team means you get to design your car’s livery, a team badge and pick the colours that are splashed about in your headquarters.

It’s not just your team that you can customise, the amount of personalisation you can do to your driver has increased too. 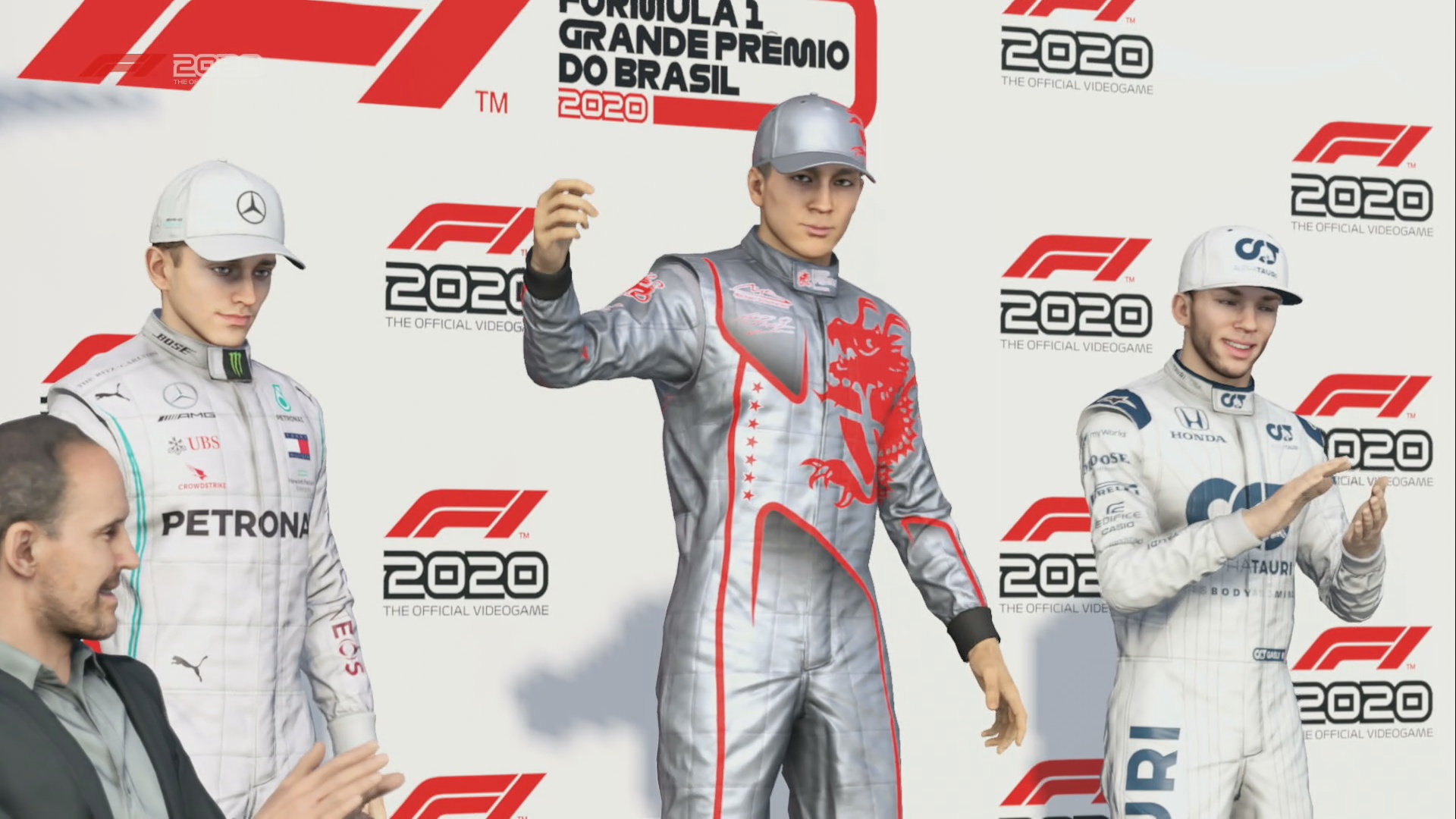 On top of helmets, race suits and gloves; you can now choose a pose for your driver to take in the race graphics such as during the rundown of the starting grid.

If you’re able to make it to the podium you’ll see your own chosen podium celebration play out. 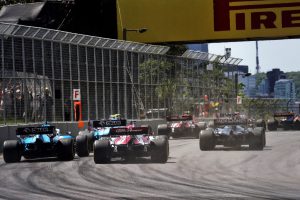 Outside of the My Team mode there are plenty of additions and changes to the rest of the game.

In perhaps the most interesting of those given how the real world F1 season has been affected by the global lockdown, you can choose your driver or my team career to be the full 22 races per season, or reduce it down to 16 or 10 races per year.

If you choose to run a reduced calendar then you can select which tracks you want to race at and at the start of each season you can change the length of the upcoming season or change which of the circuits you visit.

In short; if you want to run a 10 race calendar that starts with the Austrian Grand Prix, you can. 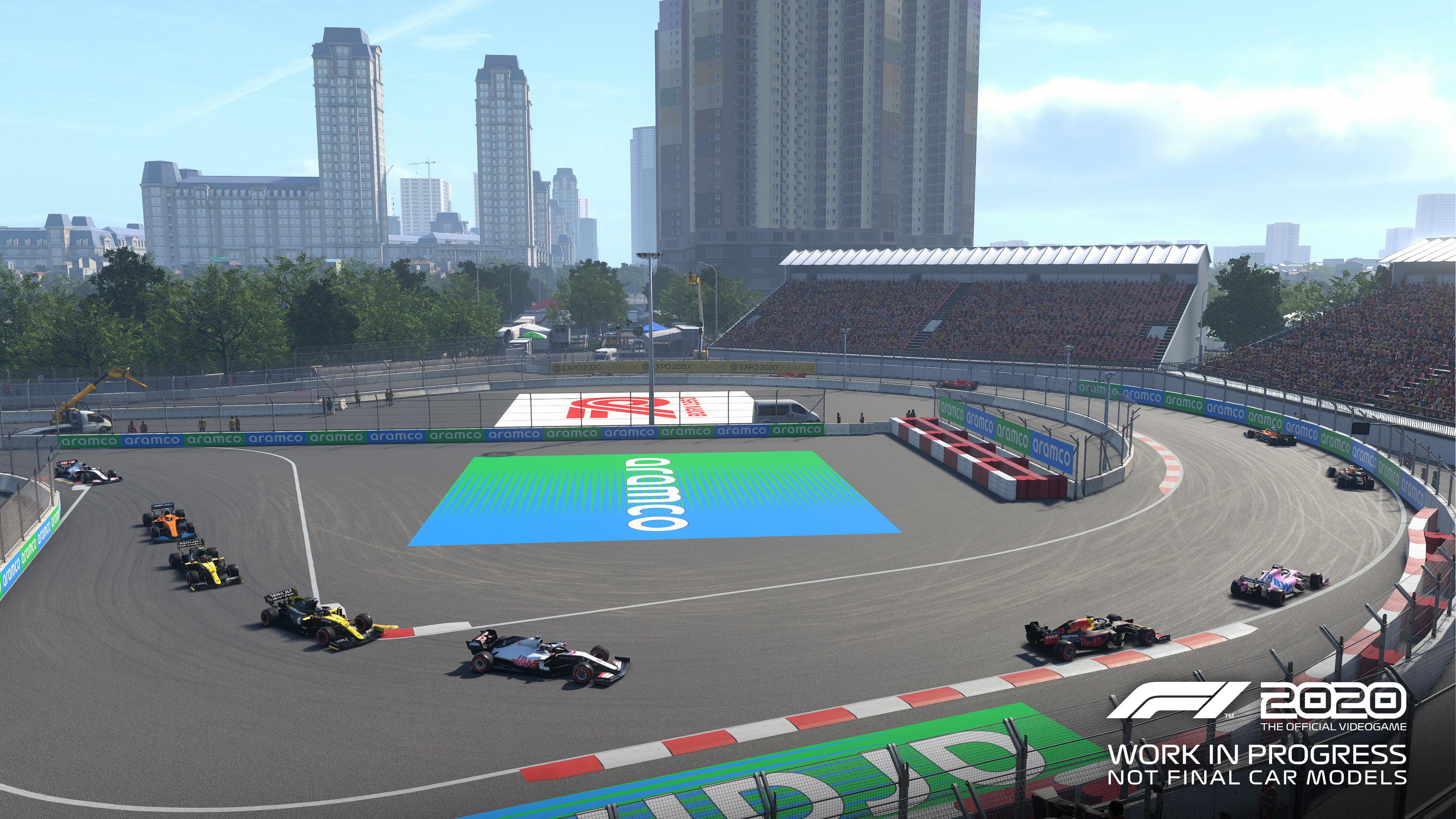 The energy recovery system, which the previous games received flack for from some F1 drivers, has been overhauled for F1 2020.

In a practice session it functions similarly to before, with players able to freely choose between four modes: none, medium, hotlap and overtake.

In a race though you are limited to the medium and overtake modes, and able to switch between the two modes with a single button press.

The overtake ERS setting is much more powerful than it was in previous games, meaning it’s easy to overtake when using it and easy to be passed by a driver behind if you don’t use it to defend your position.

Also you’ll want to make sure you only use it when on a straight, since it’s much easier to spin the car on the exit of a corner with the overtake ERS mode engaged.

Codemasters has also leaned even more heavily into the FOM TV broadcast style, with the addition of a speed trap graphic in practice and the AWS pit window graphics during a race. 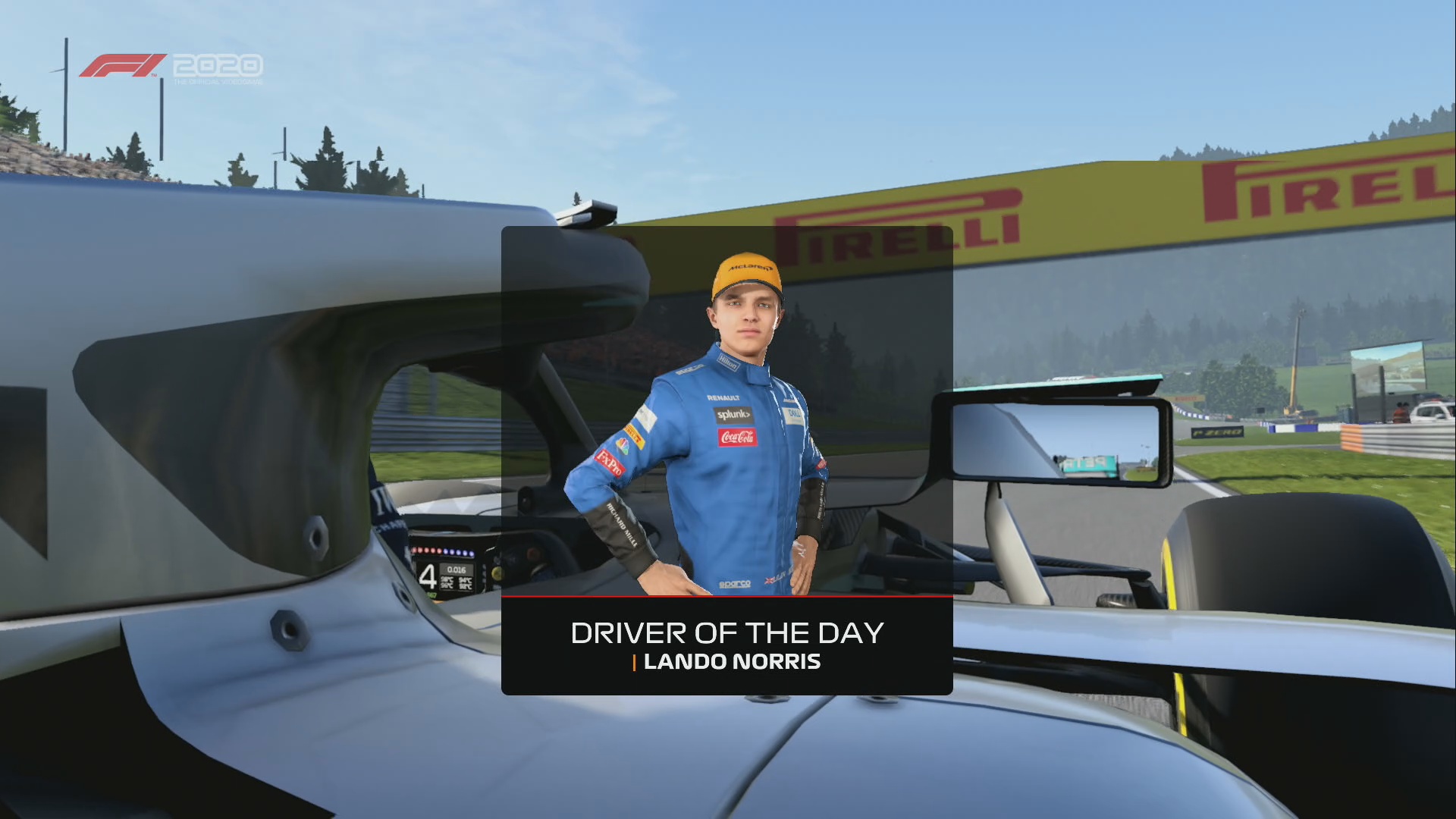 The driver of the day also gets represented with an on screen graphic at the end of the race.

It’s not just graphics though, since Will Buxton also interviews you at certain points in the game, including at the very start of your time in the My Team mode.

How you answer his questions will affect how your team starts out in terms of departmental morale and the level of the facilities your team begins with.

The Deluxe Schumacher Edition of F1 2020 is released today, with the Seventy Edition launching on Friday. 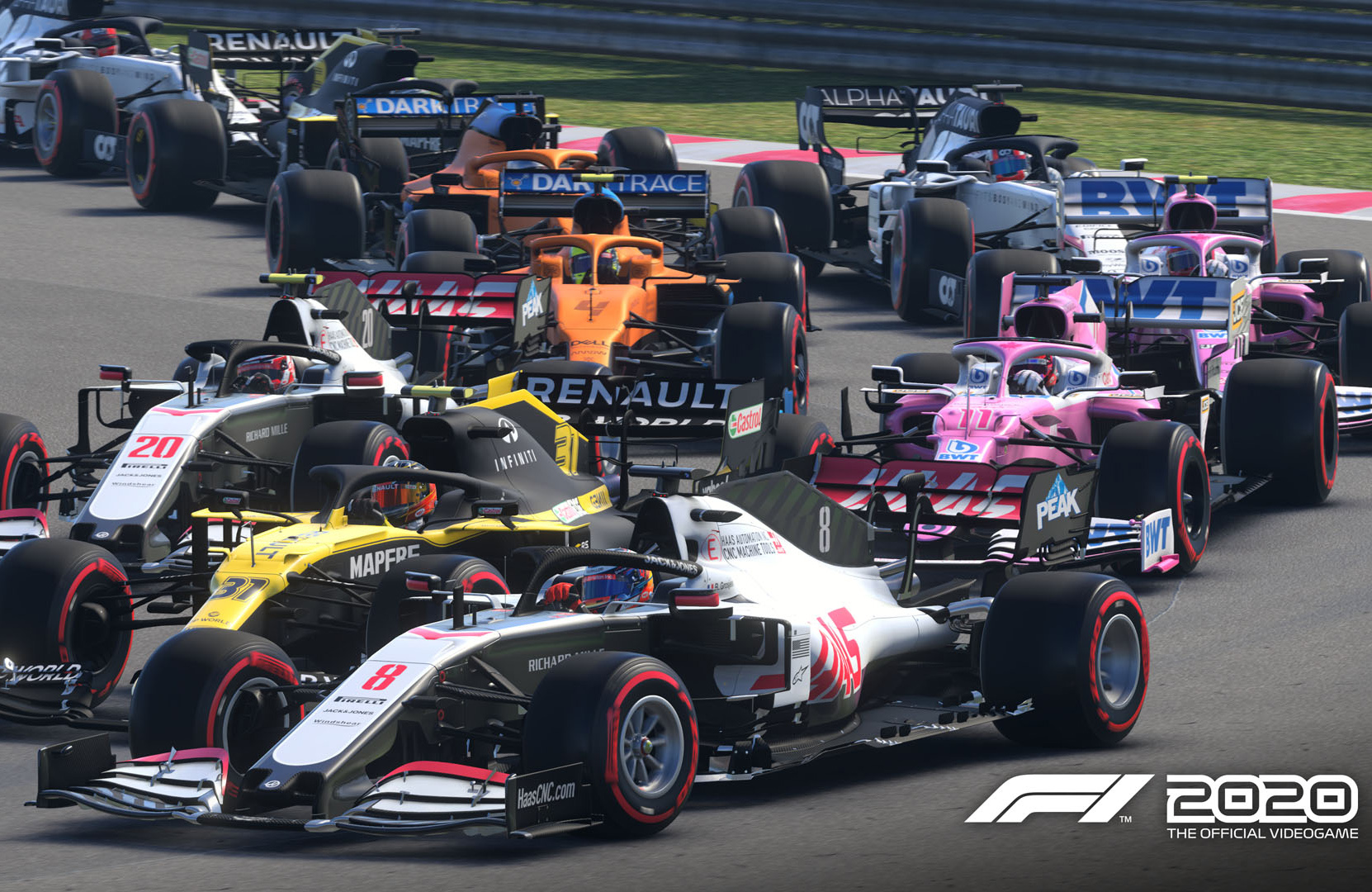