What an F1 Ultimate Team game mode could look like - The Race
Skip to content
Esports, Formula 1

The majority of the reactions from the racing game community to EA’s acquisition of Codemasters were negative, with many fearing Codemasters’ games could become more microtransaction heavy.

That fear isn’t without substance given EA’s recent statement in an earnings call that it hopes to build live services into Codemasters’ franchises, including the Formula 1 games. 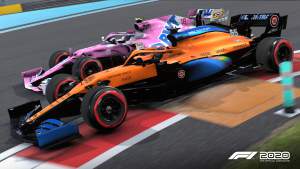 In essence, players open the virtual equivalent of trading card packs and create the best team they can with what they get from their packs before playing against other players online with their own ultimate team.

You can earn coins to buy more packs, but equally, you can spend real money if you want to open more packs sooner. 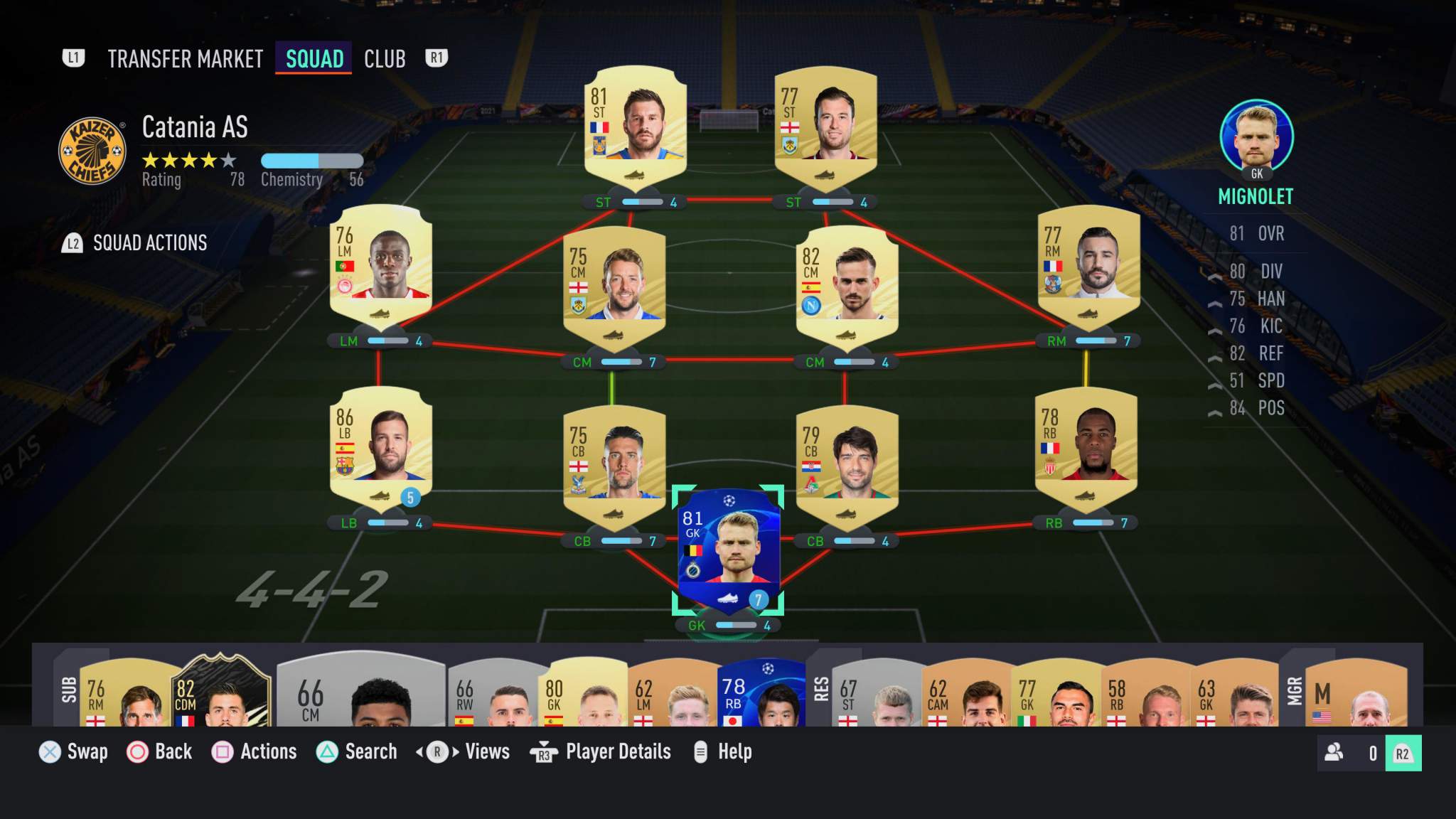 So with the FIFA, Madden NFL and NHL games all made by EA and all featuring an ultimate team mode, it’s quite likely that something similar will be implemented into the F1 games in the future.

That being said, the latest UFC game doesn’t feature an ultimate team mode unlike its predecessors as it was decided the concept didn’t gel with the one on one sport. So it’s possible that an Ultimate Team mode could only be a short-lived feature in the F1 games. 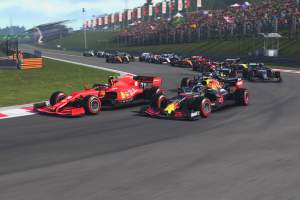 Another strong counter-argument to the implementation of an Ultimate Team mode is that it would fundamentally change the online aspect of the F1 games, as one of the main reasons those are enjoyable is because everyone has an equally quick car.

There would almost certainly be an outcry were the existing online mode to be removed. But a customisable and competitive ultimate team style game mode, that existed alongside the current online offerings, could be a welcome addition to the F1 games if done well enough.

Looking at what EA has done with ultimate team in the past, as well as how the free-to-play F1 mobile apps have monetised themselves, can give us an idea of what an F1 Ultimate Team mode could look like. 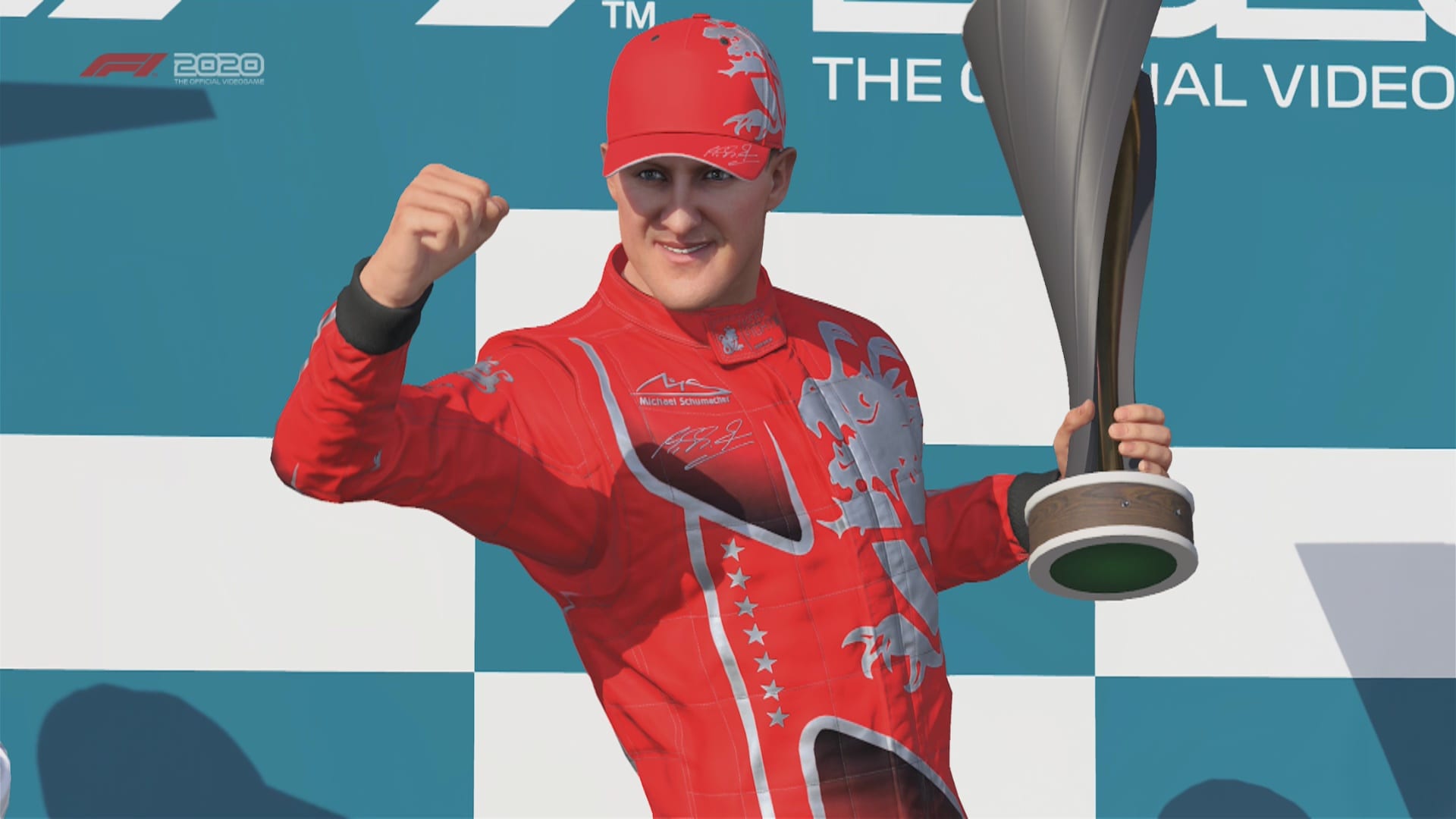 In FIFA Ultimate Team legendary footballers are able to be drafted into your team alongside the wealth of currently active footballers.

Referred to as ‘icons’, legendary players who feature in FIFA 21’s Ultimate Team include David Beckham and Thierry Henry. 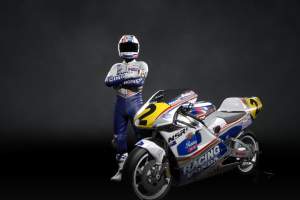 Recently the Formula 1 games have included classic drivers, with Michael Schumacher a prominent part of F1 2020 and both Alain Prost and Ayrton Senna featuring in F1 2019.

The difference is that the F1 games have included those drivers solely as appearance options for your own driver in career mode or online – choosing to look like one of them doesn’t improve your speed.

Visible driver ratings were a new addition to F1 2020 so it wouldn’t be impossible to turn the drivers into Ultimate Team styled cards that affect the speed of your car in an online race. 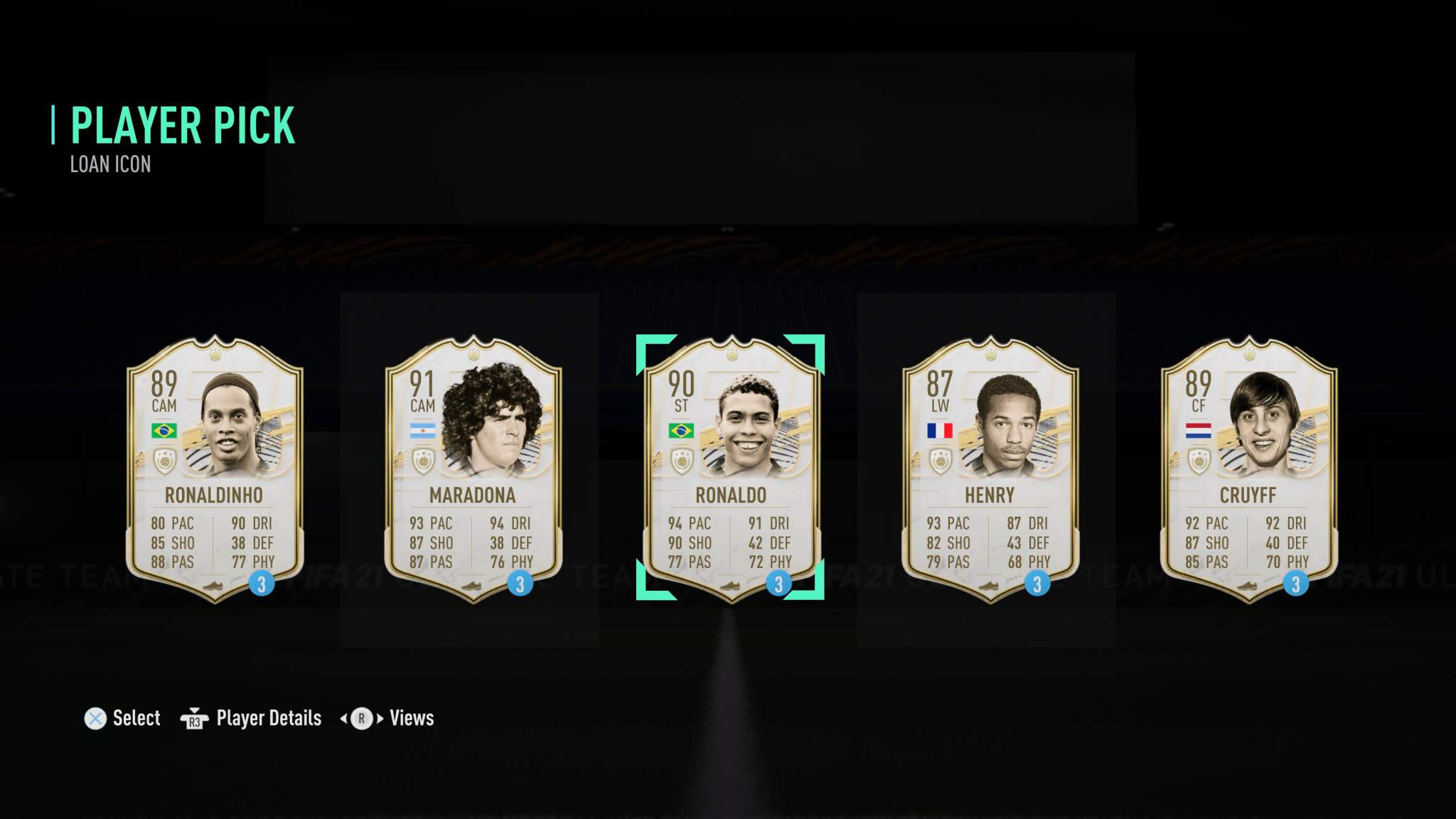 Alternatively your own speed may be unaffected by your driver selection, but you could be incentivised to get a faster team-mate to perform better as a team.

F1 Manager, the free-to-play mobile app, decides which team wins a race based on the average finishing position of both cars for each team, so having a fast team-mate would be essential if a similar system for determining the winner was implemented.

F1 Manager has also split the 20 drivers up by rarity and given them all ratings in six different attributes and with players able to level them up over time.

So for example certain drivers could improve the tyre wear of your car while others may improve wet weather pace.

That concept, extended across to iconic drivers from the past, could provide enough content and would certainly produce a big enough fanfare to give an F1 Ultimate Team game mode a chance. 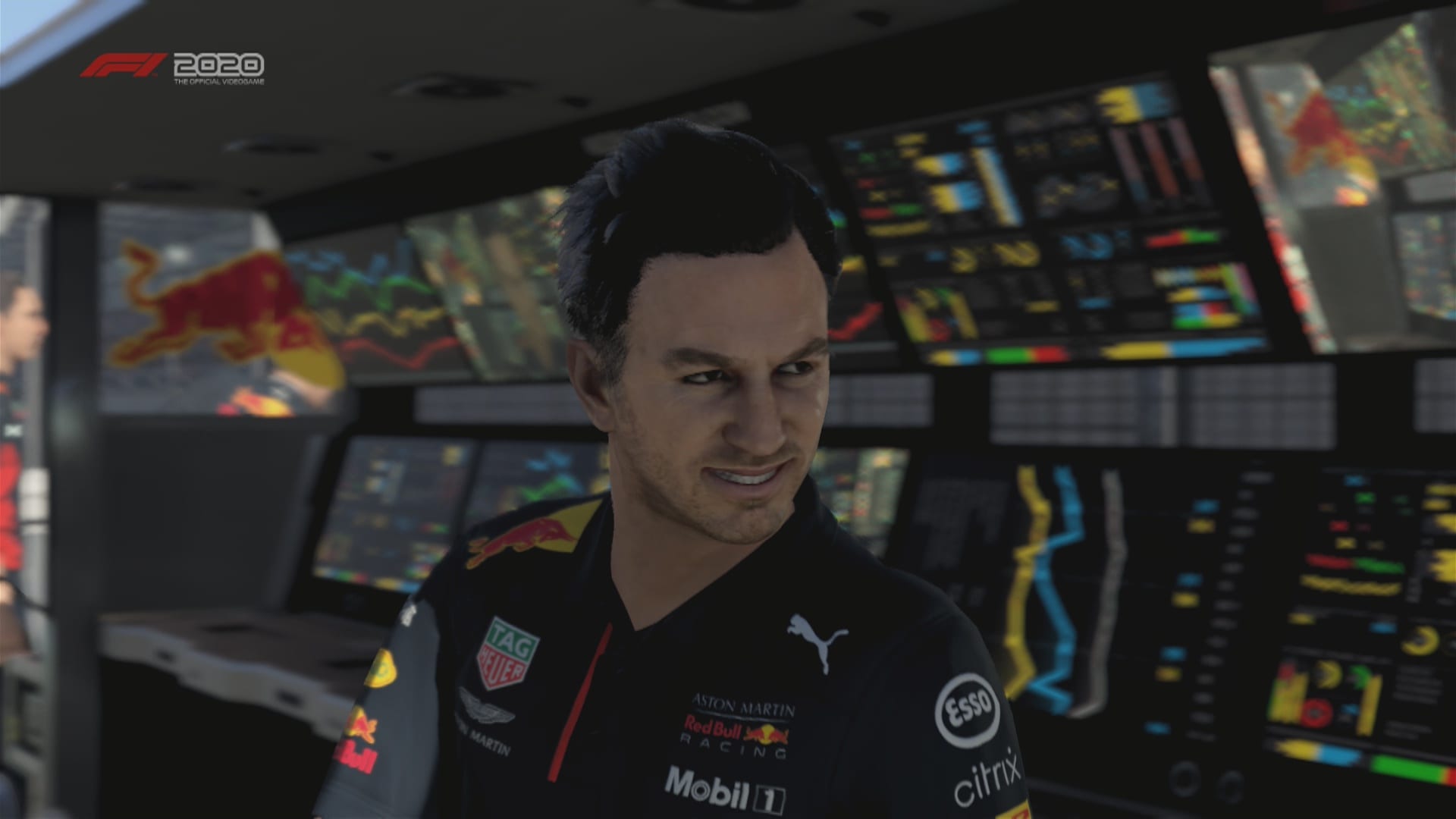 Of course an F1 team isn’t complete without the many people that don’t drive the cars, such as the team principal, designers, race engineers, pit crew and so on.

F1 2020 already has every team principal modelled and visible in a cutscene when a driver from their team wins a race.

Other prominent figures are also already in the game, such as Adrian Newey – who can be seen on the podium when a Red Bull driver wins a race. 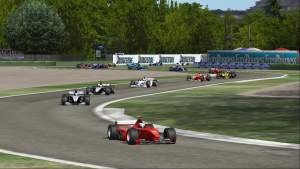 Many old but licensed F1 management games included those key figures and a part of a FIFA ultimate team is picking a manager along with your 11 starting players.

So having a better designer could give your car more downforce and a better pit crew would be able to do faster tyre changes and damage repairs.

Given how instrumental many of those people have been to the successes of Formula 1 teams previously, it would be impossible to have an Ultimate Team mode without at least some of the other key roles being represented. 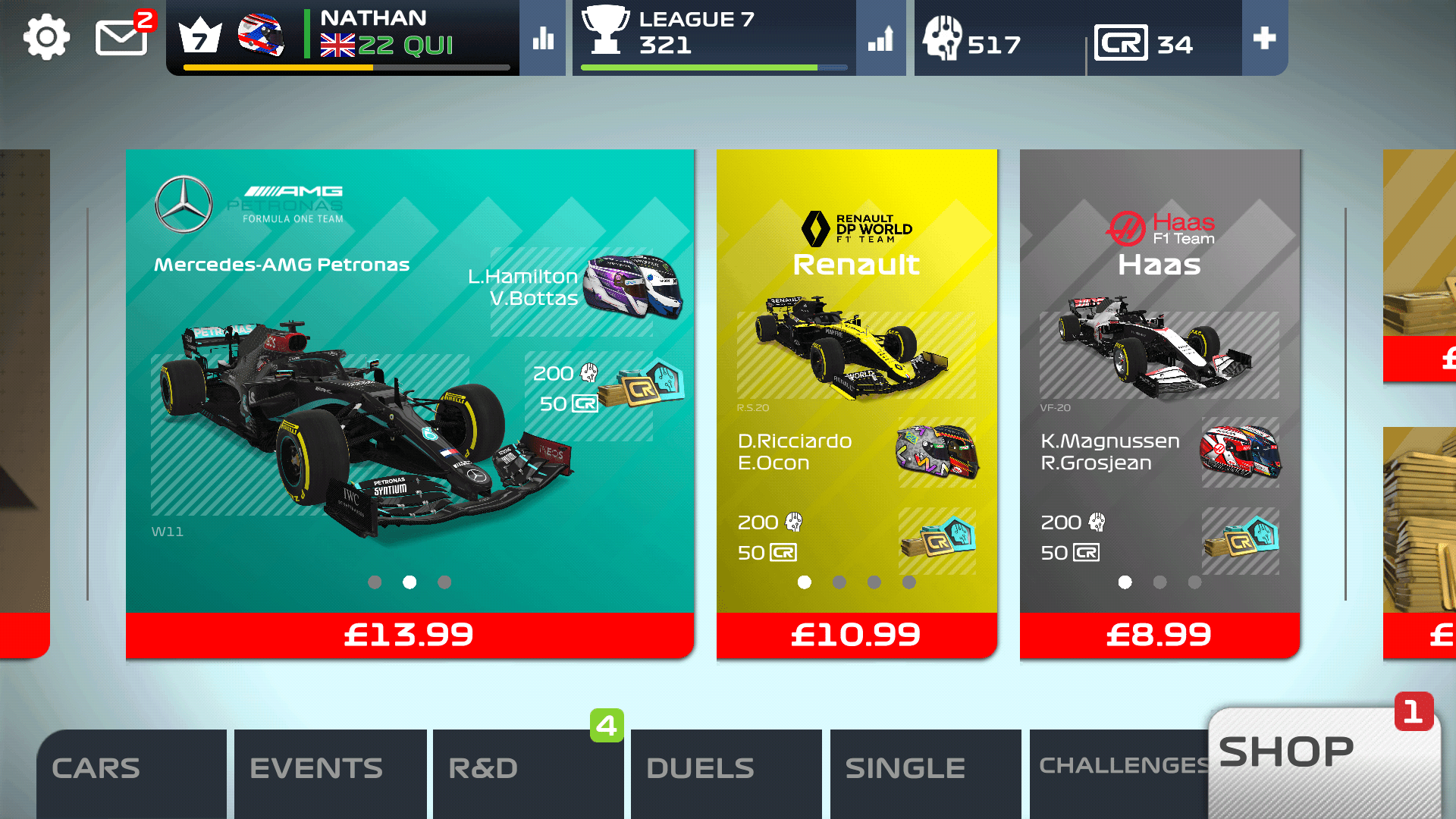 In order to give an F1 Ultimate Team mode proper depth you would need more components of a team to upgrade, with car upgrades being the logical next focus.

F1 Mobile Racing, the free-to-play mobile app that is published by Codemasters, has a car development and upgrade system that isn’t dissimilar to the team building aspect of Ultimate Team. 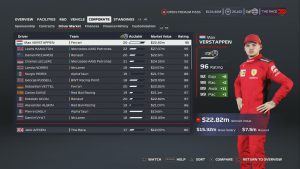 You open crates that contain items of differing ratings and as you go up through the leagues you can fit more and better parts to your car.

The F1 Manager app also handles car upgrades in a similar way and in both games each part can affect your car in different ways such as power, downforce or braking.

Codemasters already has a car upgrade system in place in its career mode, so implementing one into online play shouldn’t be a stretch.

The option to change engine manufacturers, like you can do in the My Team career mode, would also add a layer of depth to the car upgrading side of it. 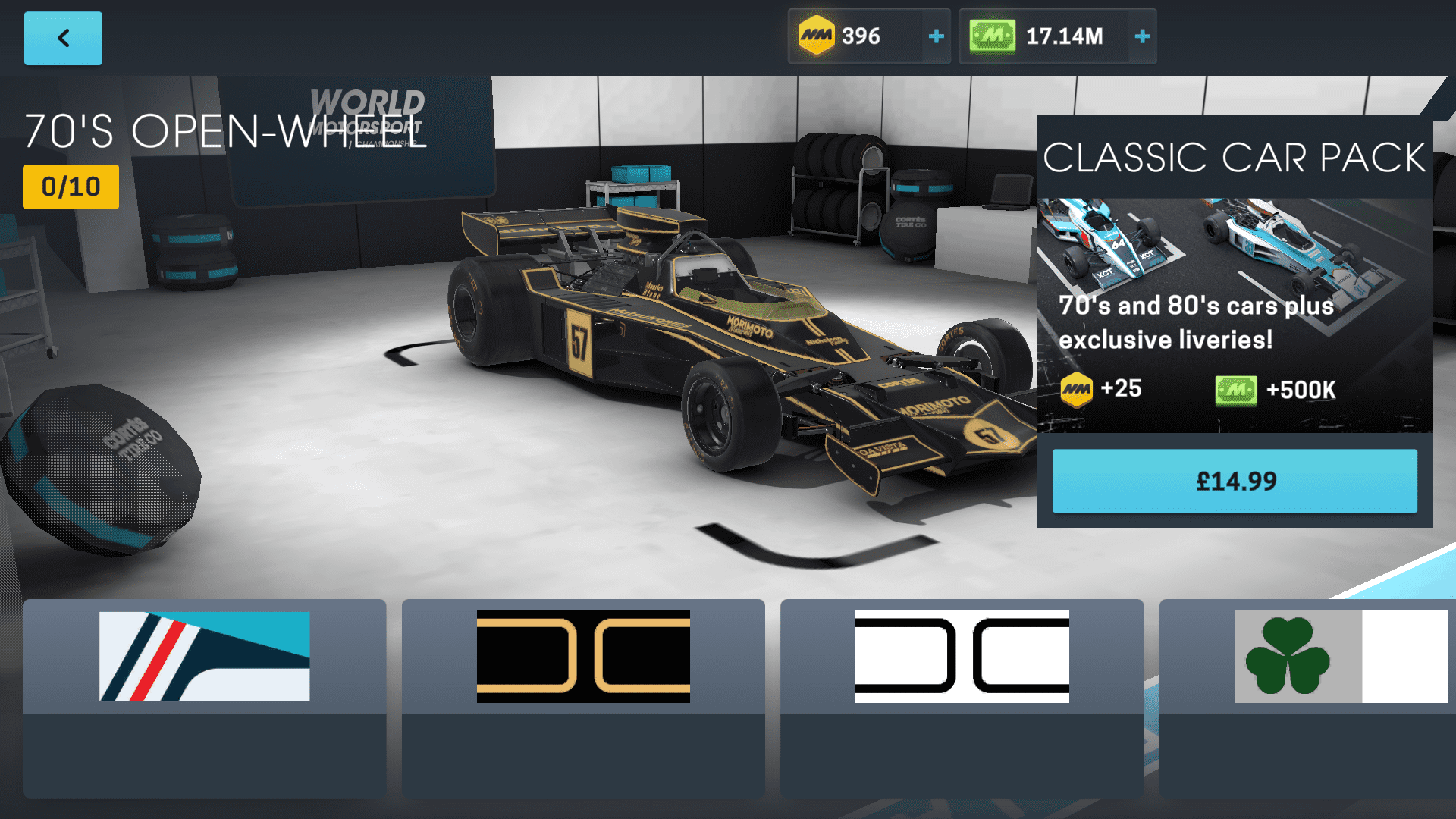 With the introduction of the My Team offline game mode, players have been able to customise their own car with a range of liveries available to be earned or purchased with in-game money.

In FIFA Ultimate Team you not only select the best players you can to play for your team, but also you can buy club badges, kits and stadiums to personalise the branding of your team.

Transferring that idea over to F1 you could have new helmet, race suit, gloves as well as car livery designs.

F1 2020 already features a ‘Podium Pass’ which is a purchasable option that allows players to earn more customisation options and F1 2019 had individual items that players could buy with real money. 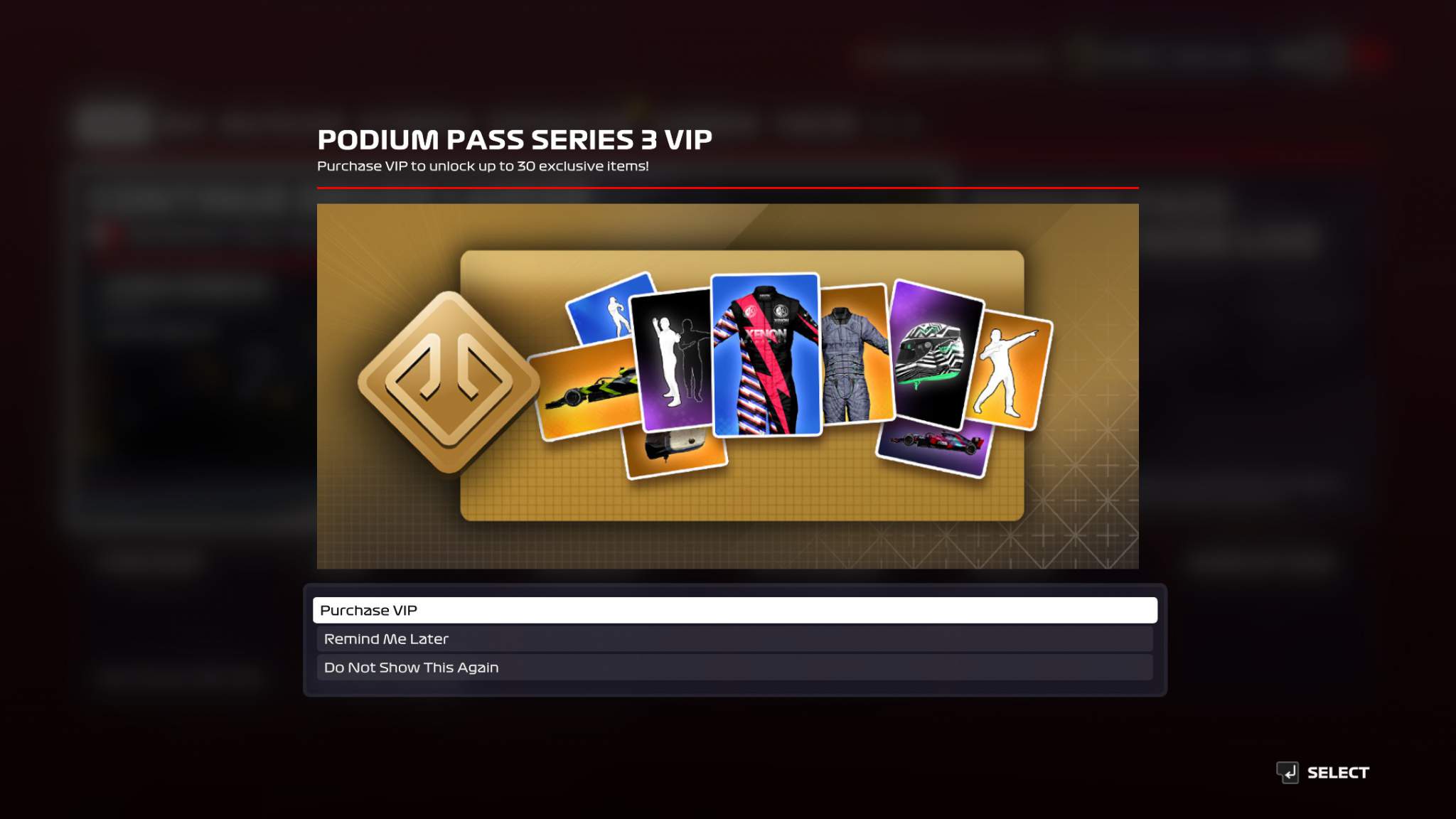 Of course if all or most personalisation items went behind a paywall that would be a downgrade from what we currently have, and a situation where you would have to pay £13.99 to use the Mercedes livery, which is what it costs to use in F1 Mobile Racing, would not go down well with the community.

But on the flip side the increased budget from EA and potential profitability of an Ultimate Team mode means we could see a hugely bolstered range of customisation options which could be used in both online and offline game modes.

For example Motorsport Manager Online has a generic-looking 1970s and ‘80s F1 car but you can pay to get extra liveries for it, including one that is a clear reference to the John Player Lotus designs of old.

With the most recent F1 games all allowing you to create and customise your own F1 car, some retro-inspired designs would add extra incentive for people who want to perfect the look of their online team. 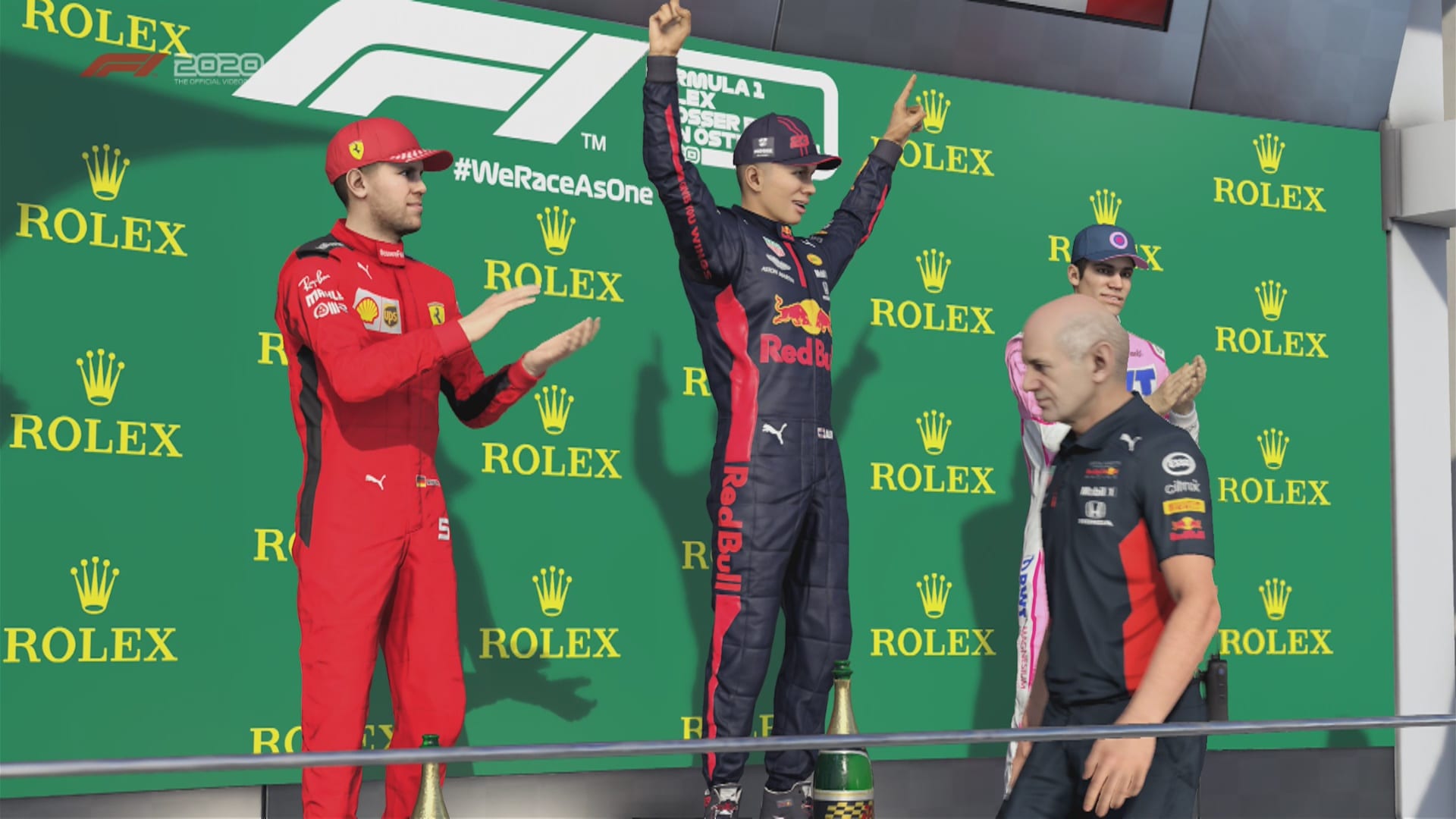