Sage Karam and Mack Bakkum took their first VCO ProSIM series win in the penultimate round, while Red Bull Formula 1 driver Max Verstappen took pole and a win in the first event of the night before crashing out of the remaining races.

Real-world racer Sage Karam and his sim racing team-mate Mack Bakkum took their first race win having never finished above fourth before, with many of the championship frontrunners involved in crashes.

A big points haul for the pair, especially compared to their rivals who were involved in crashes, means Karam and Bakkum are in a strong position to claim the $5000 championship winners prize. 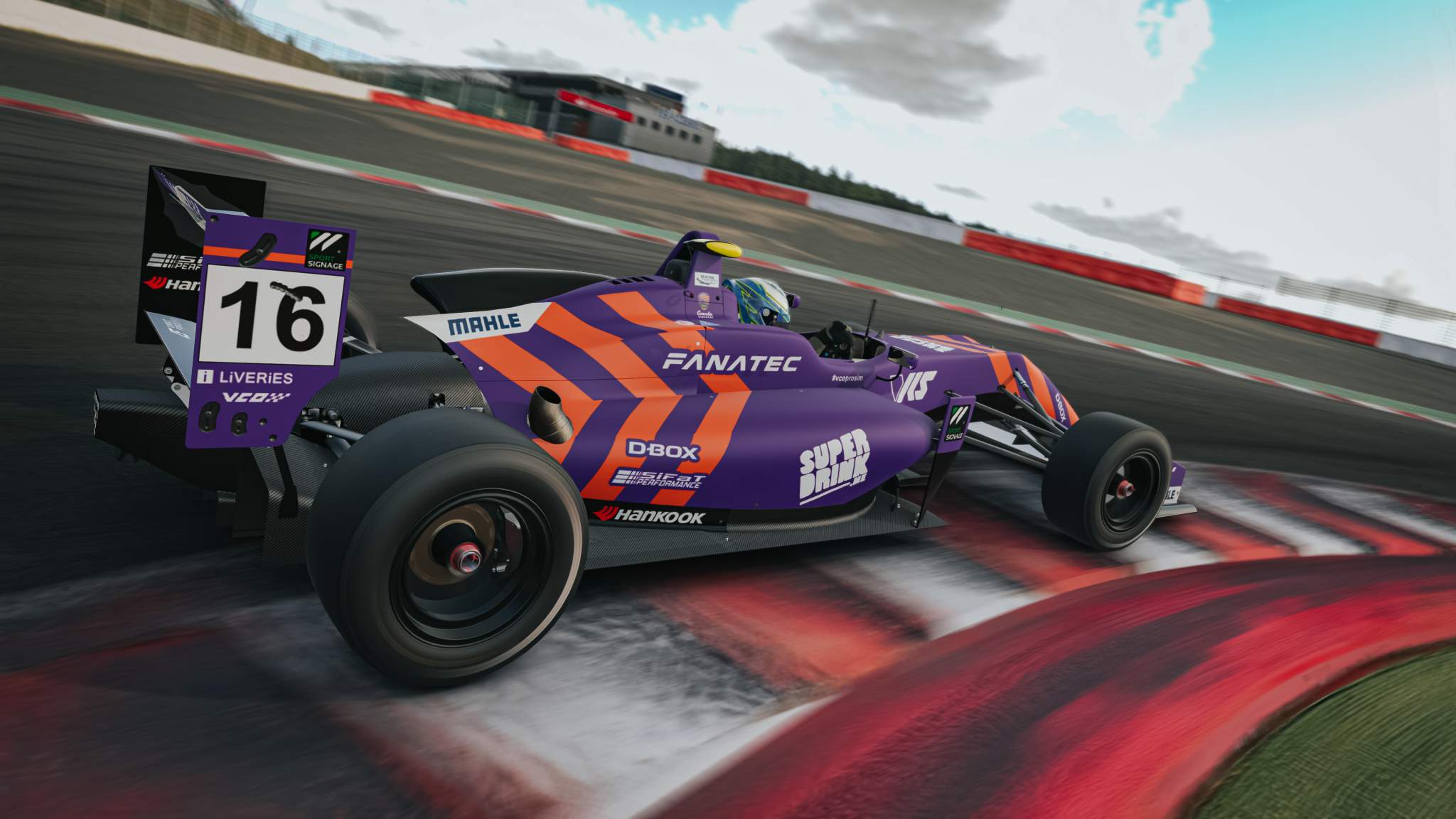 There was a distinct improvement from the pair as they took a surprise pole position at Spa-Francorchamps, 0.059s ahead of Verstappen in second on the Dutchman’s return to the championship.

In the very first round, Verstappen took pole position and won the race alongside sim racer Maximilian Benecke, but the F1 driver didn’t take part in any of the following five rounds.

Crucially the championship leaders of Ayhancan Guven and his sim racing team-mate Josh Rogers had their car start the race from fifth, one position behind their closest rivals of Laurin Heinrich and Graham Carroll.

On the run to Les Combes on the opening lap, Verstappen went to the outside and broke later to clear Karam and take the lead of the race.

Nicolas Varrone passed Karam for second place later in the lap and so was in the slipstream of Verstappen down the Kemmel straight on the second lap. 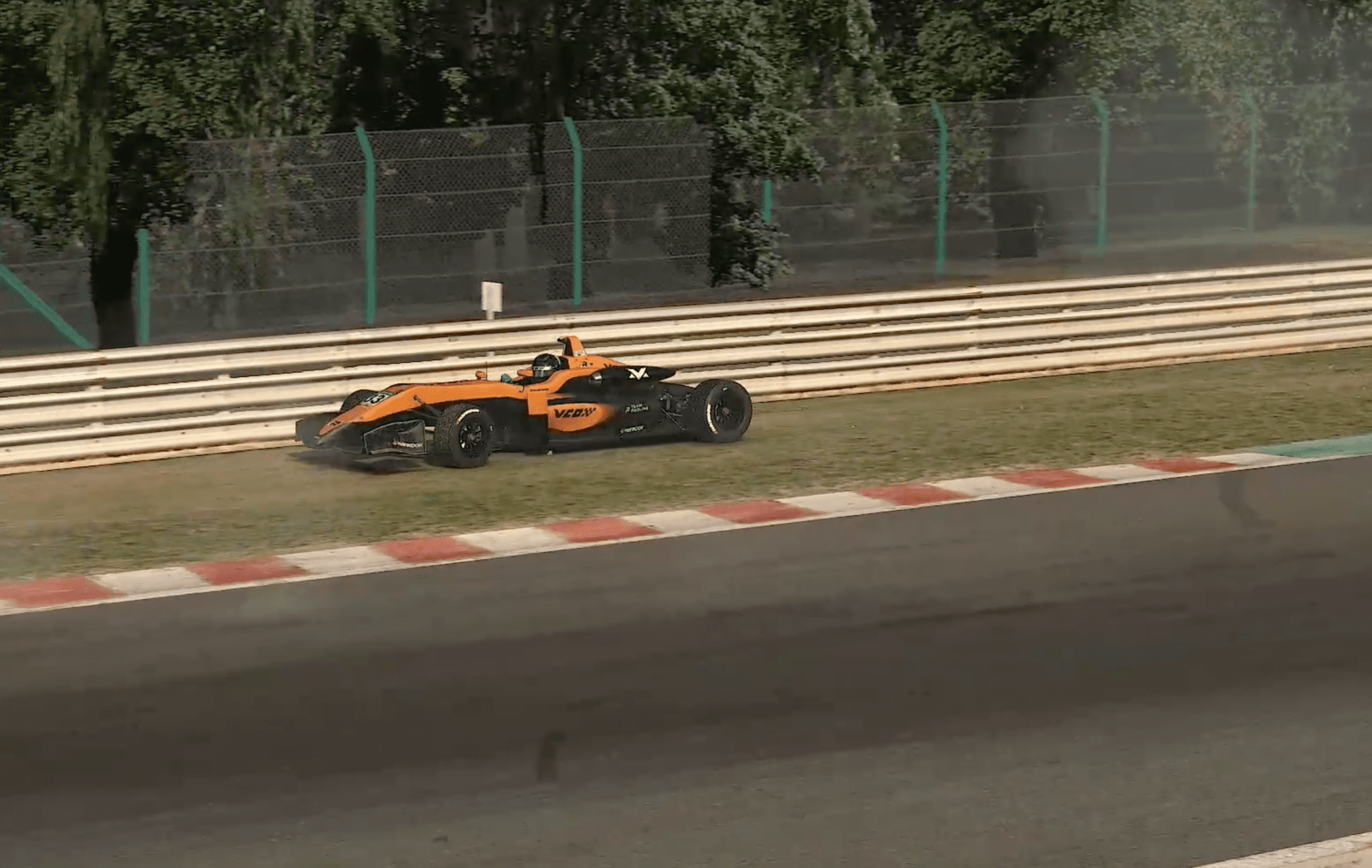 As they entered Les Combes Varrone pulled alongside and had the outside which became the inside line for the second part of the chicane, but a netcode issue meant the game deemed there to be contact between them both with Verstappen coming off worse.

His Formula 3 car was launched into the outside barrier and on rejoining the track the Formula 1 driver came out in front of Marius Zug which caused Verstappen to lose his rear wing and retire from the race.

With Verstappen out of the race and Varrone entering the pits at the end of the lap, Karam took back the lead of the race which Bakkum was able to hold onto after the driver change to claim the race win.

Bruno Spengler and Martin Kronke were second across the line with Lorenzo Colombo and Freek Schothorst third.

Many of the championship frontrunners were involved in a first lap crash which was started as Ayhancan Guven, at the time the pro driver championship leader, was rear-ended at the end of the Kemmel straight.

That caused a chain reaction of crashes, one victim of which was his nearest title rival Laurin Heinrich who retired from the event along with his sim racer team-mate Graham Carroll who was also a strong contender in the esports driver championship.

Guven and team mate Josh Rogers recovered their car to 16th to score some points and keep their title hopes whilst the pair of Philipp Eng and reigning Porsche Esports Supercup champion Sebastian Job scored only a few points with a 25th place result.

It was contrasting fortunes for Benecke as whilst he never took part in the championship race, he was crowned the fun race champion earlier in the day as he took his second fun race victory.

With the sim racers and real-world drivers contesting in alternate fun races, it was only the sim racers who took part in this round and one of them was near-certain to win the championship.

Both groups of drivers had taken part in three fun races, yet in the points standings the sim racers of Benecke, Job and Rogers were all significantly ahead of the top pro racer which was Laurin Heinrich.

A good result for any of them would guarantee them the fun race title and it was Job who took pole position with the points leader Benecke starting the race from second. 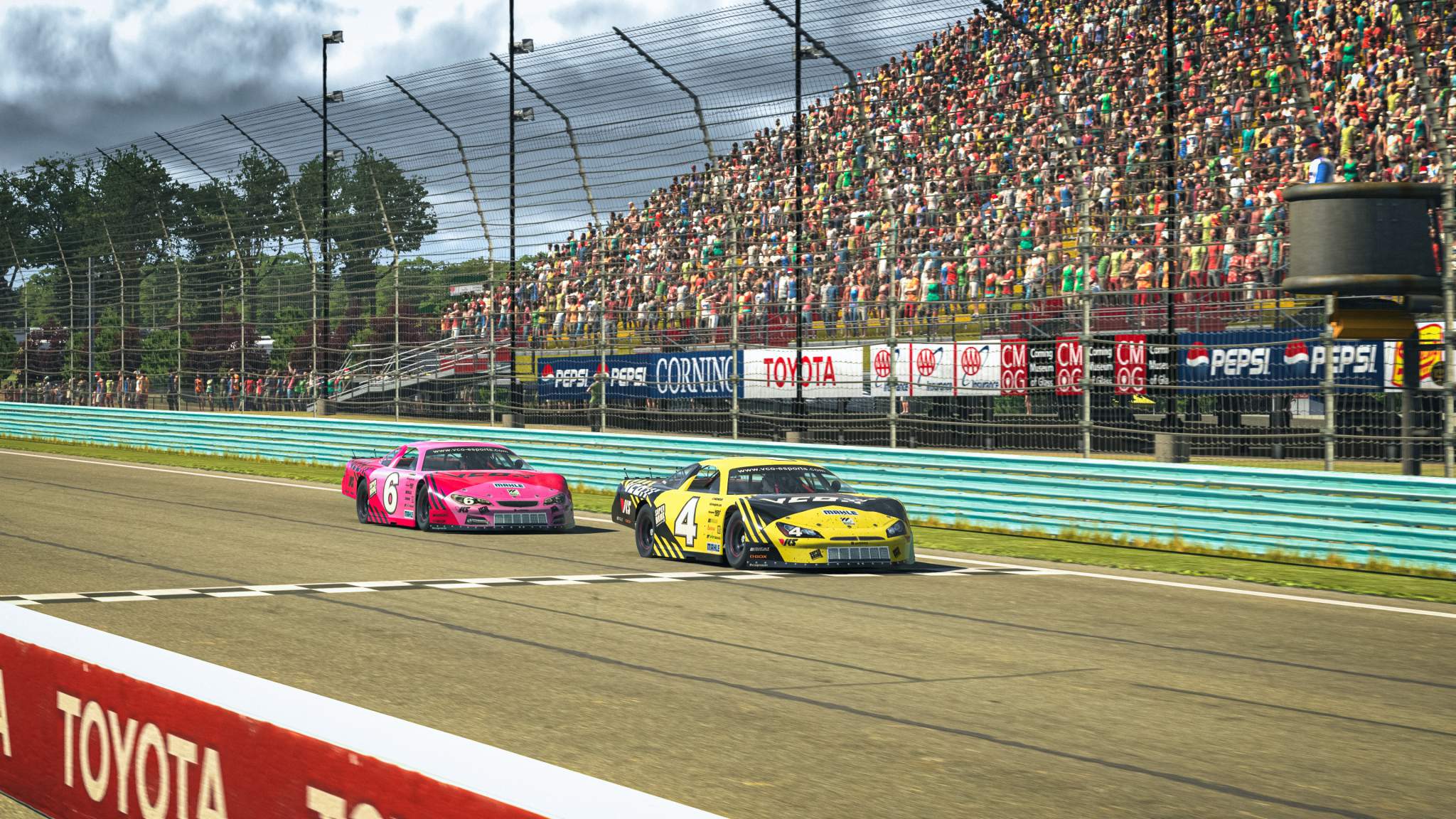 Coanda Simsport’s Rogers started from fifth on the grid and whilst he moved up to third on the opening lap, he steadily dropped back from the top two as he hadn’t mastered the combination of Super Late Model stock cars at Watkins Glen.

Job led until the final lap when Benecke passed his rival under braking for the Inner Loop chicane and took first place.

The full 35 points for the German means he is the fun race champion as he has outscored every other sim racer and none of the real-world drivers can catch him up in the final round’s fun race.