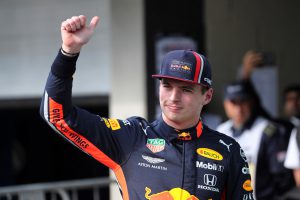 Lando Norris, who had been a fierce rival of Verstappen’s in the earlier Team Redline races, was only able to qualify in ninth.

Verstappen led from start to finish and wasn’t challenged for the top spot during the 12 lap long first race.

His comfortable run was helped in part by van der Linde getting a lot of wheelspin off the start and then getting hit by the faster moving drivers behind. 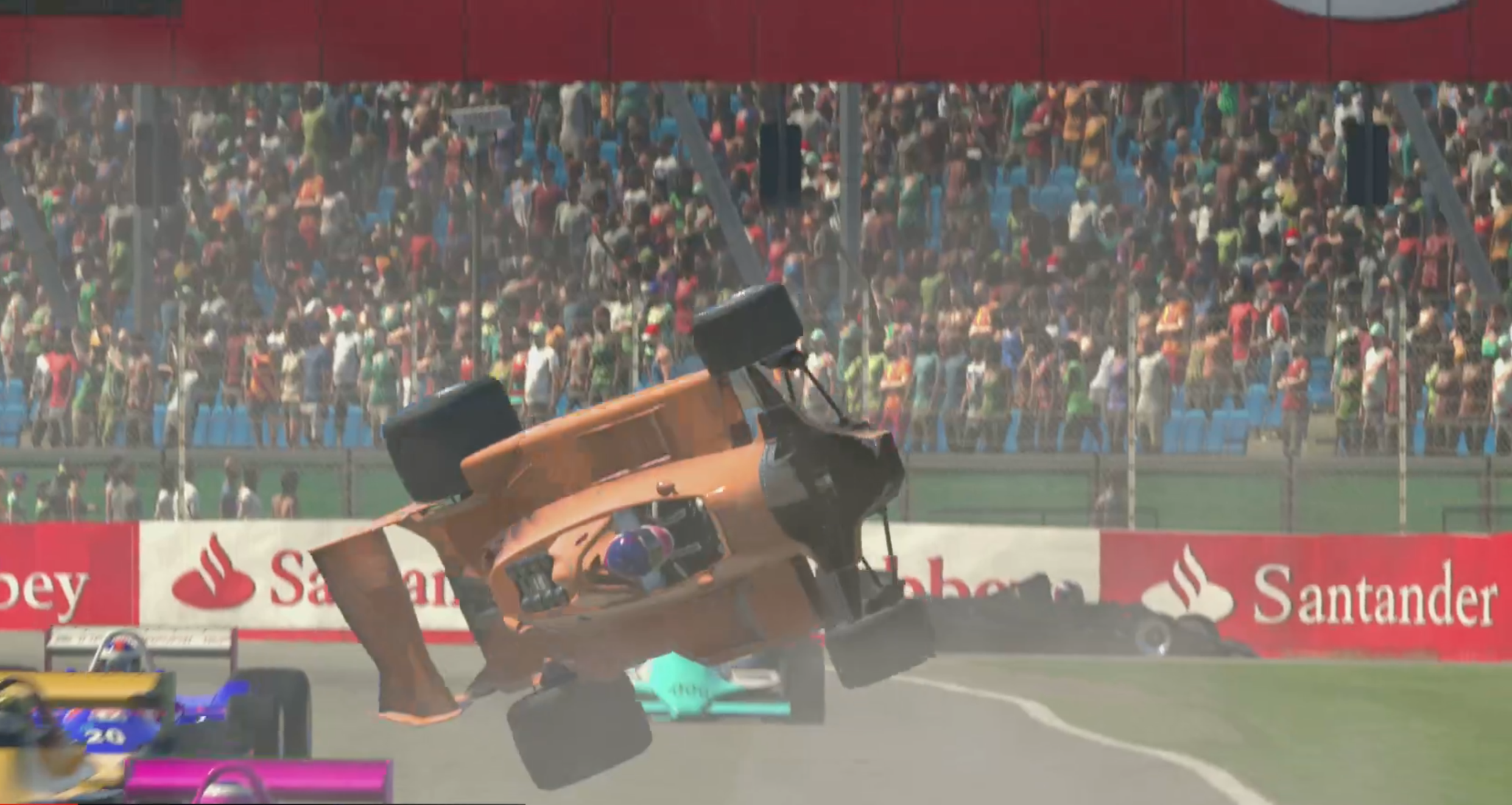 Behind Verstappen was Dani Juncadella until 2020 Formula 2 rookie Felipe Drugovich made a lunge into Abbey. Contact pushed Juncadella onto the grass and sent him down from second to fourth.

Juncadella was able to recover one of those positions as he overtook Sheldon van der Linde to move back into the podium places.

Despite the grid being made up of 35 professional racing drivers, plenty struggled to control the Lotus 79.

Drivers who made mistakes in the first race included Callum Ilott, who spun violently at the Maggotts and Becketts section.

Nicolas Hamilton also couldn’t keep his car pointing the right way as he lost control on the kerb before the Bridge corner, went into the barrier side on and rolled.

Rubens Barrichello was able to utilise his extensive real world experience to avoid spinning, but he was unlucky enough to be rear ended when going around Luffield and finished in 28th – just one position in front of Hamilton.

The finishing results dictated the starting grid for the second 12 lap long race, bad news for Norris – who got caught up in the early chaos so finished the opener in 35th.

Verstappen was able to hold to first place at the start of the second 12 lap race, helped by the fact that Drugovich in second got a slow getaway and lost the place to Juncadella.

Juncadella stayed with Verstappen and tried to overtake him on the third lap.

The two ran side by side into Abbey and on the exit of the turn Verstappen forced Juncadella off onto the grass.

As Juncadella trying to rejoin the track, he tangled wheels with Verstappen – which sent the Red Bull driver into the air with his car coming to a stop sideways on circuit.

He got collected by other drivers, which gave Verstappen’s car even more damage and was why he finished in 18th having started on pole position.

Juncadella dropped to fourth place after the collision, giving Drugovich the race lead and eventual win.

Behind Drugovich the battle for second raged on with Juncadella taking it back after passing Antonio Felix da Costa and then Agustin Canapino.

Da Costa also overtook the Argentine touring car driver and set his sights on taking second place away from Juncadella.

The Formula E championship leader started his move by getting alongside Juncadella into Stowe and then keeping it two wide until the braking zone for Abbey.

Both drivers went for the apex but it was Juncadella who had the inside line and so tagged da Costa and spun him around.

The drama didn’t end there as Juncadella couldn’t hold the position for the few seconds that he needed to and Canapino overtook him in the final complex of corners to finish in second place.

Da Costa crossed the line in fourth and still ahead of Job van Uitert in fifth and Alex Ellis in sixth even despite the last lap spin.

The second and final legends themed Team Redline round will take place on Friday, with the car and track combination kept a secret until just before the event starts. 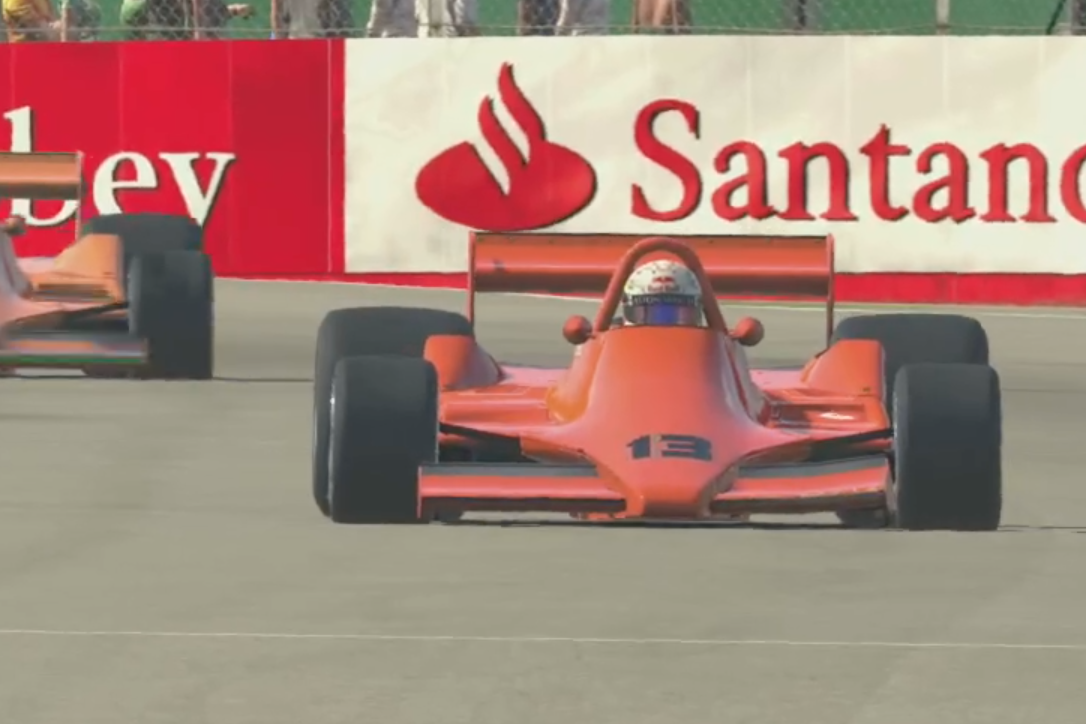