It led at multiple stages but the race seemed to belong to Team Redline’s #33 entry, consisting of Formula 1 racer Verstappen alongside sim racers Max Wenig and Jonas Wallmeier.

Verstappen held an 18-second advantage with just over 90 minutes remaining, but he lost control of his BMW Z4 GTE through a tricky-left hander and slid into the barriers.

The damage was sufficient enough to drop Verstappen’s team to fourth by the chequered flag.

Rogers brought home another victory for Coanda, one lap ahead of American outfit Evolution Simsport and ineX Racing.

Williams Esports enjoyed spells at the front of the field, but a crash for Alex Arana ended its victory chances.

Redline was victorious in the Porsche Cup class after misfortune for its main rival in the class Red Bull Esports. 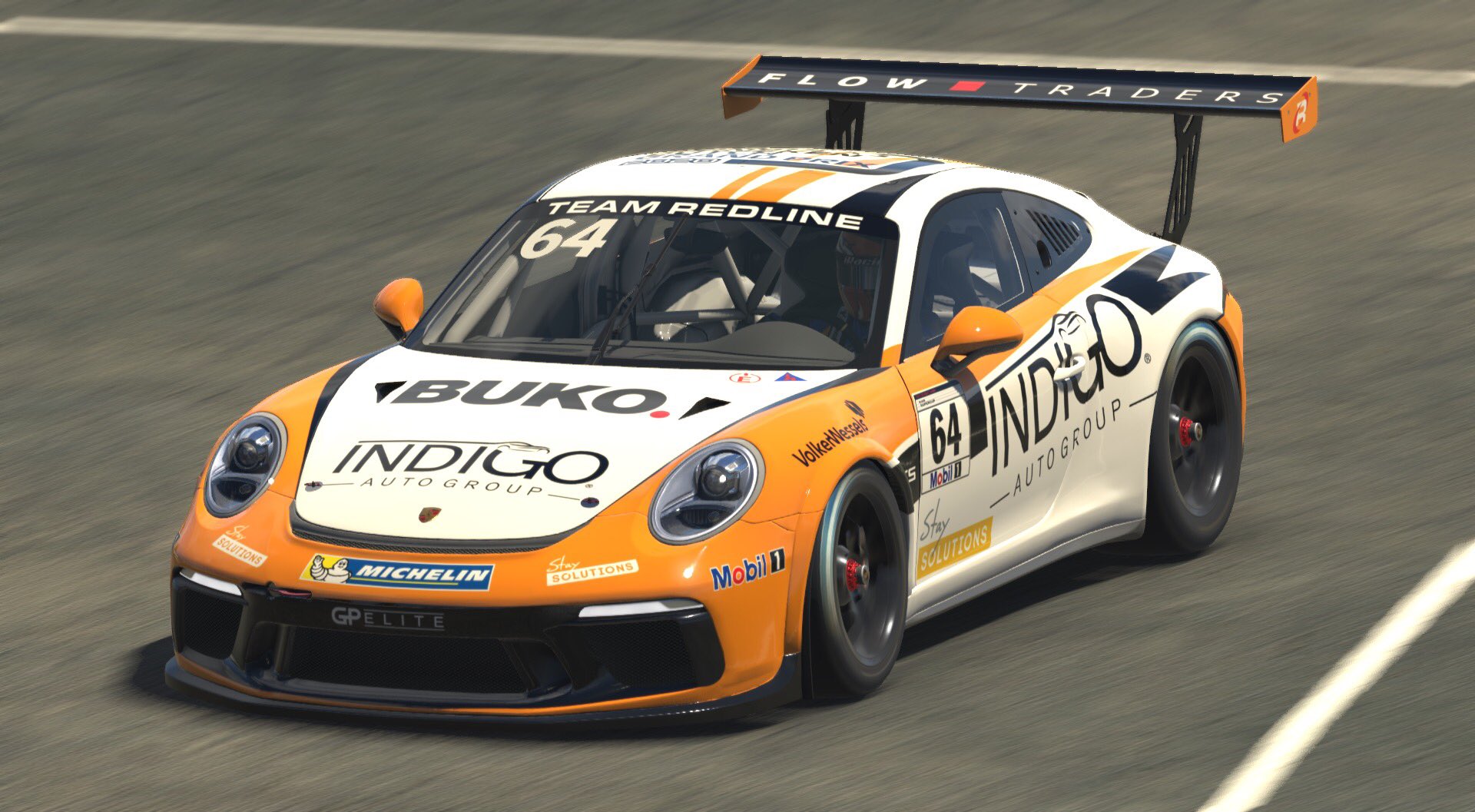 Red Bull and the #64 Redline had dominated the class until the former was caught up in an unfortunate incident in one of the tightest parts of the track.

The #6 Redline entry was turned around after misjudged overtaking attempt into a tight-left hander, and Red Bull, along with four other cars, had nowhere else to go other than into the stricken car.

The next iRacing special event will be the 12 hours of Sebring next month.