June was the first month since the simracing boom began where many of the pros who had flocked to esports had their online endeavours interrupted by real-world racing resuming or preparing to.

Many of the stand-in series run by motorsport championships also came to a close in June, including Formula 1’s Virtual GPs, the Formula E Race At Home Challenge and the Supercars All Stars Eseries.

But there’s been no shortage of pro drivers who raced virtually in June and plenty who continued to show off their speed in sims.

Not content with completing the 24 Hours of Le Mans once in June, he did it twice in the same month and on two different games.

In the Virtual 24 Hours of Le Mans he finished third in the GTE class with the R8G Esports Team and set the 11th best lap time in the GTE category, with only two pro drivers going quicker in GTE.

A week later he took part in iRacing’s 24 Hours of Le Mans event and finished sixth in the GTE class with Triple A Esports White. 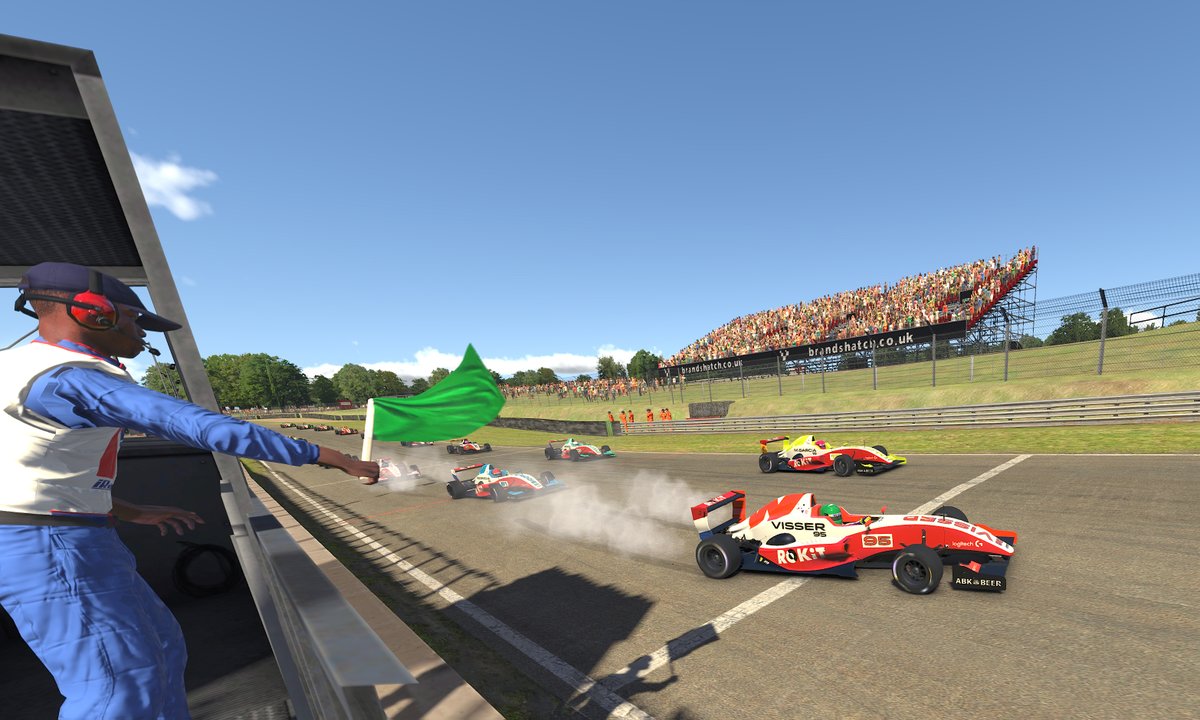 With three rounds run in June, Visser heads the championship with a 27 point lead over Irina Sidorkova. She’s won five of the nine races.

Outside of W Series she achieved a best result of sixth in the ROKiT Triple Crown season of The Race All-Star Series – where she’s been representing BMW – and ended the championship eighth in the Pro Cup standings. 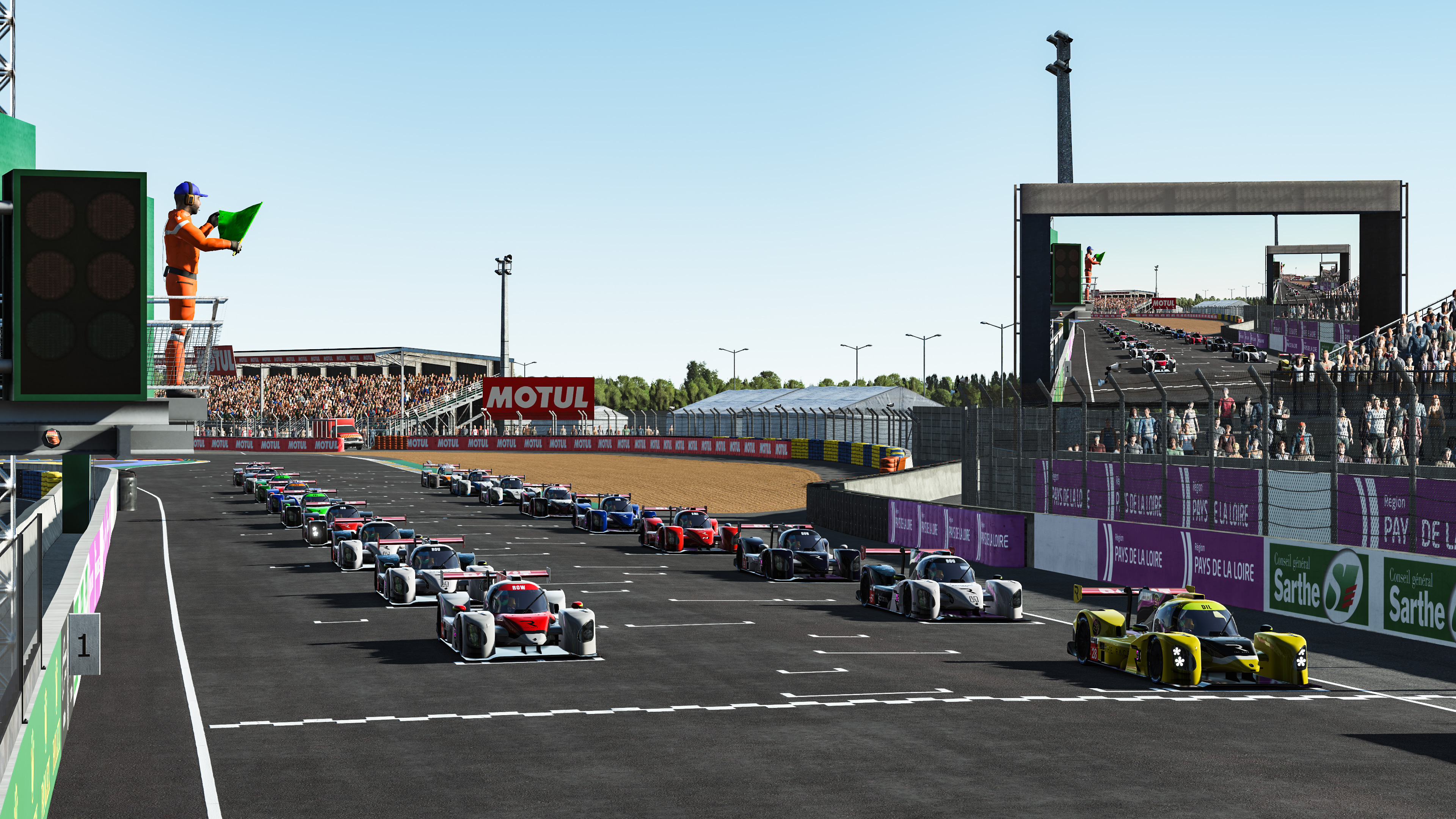 He may not have won any event over the course of June but, given the calibre of the competition he’s been up against, he’s done well to be one of the frontrunners in both the Virtual 24 Hours of Le Mans and the ROKiT Triple Crown season of the All-Star Series.

Third place in the reverse grid Indianapolis race in the All-Star Series was followed by the runner-up spot in the first race at Le Mans. Those results helped him to finish third in the Pro Cup championship.

It was another near miss in the Virtual 24 Hours of Le Mans as he, along with the rest of the ByKolles – Burst Esport team – was a mere 17 seconds behind the overall winners in the day long race. 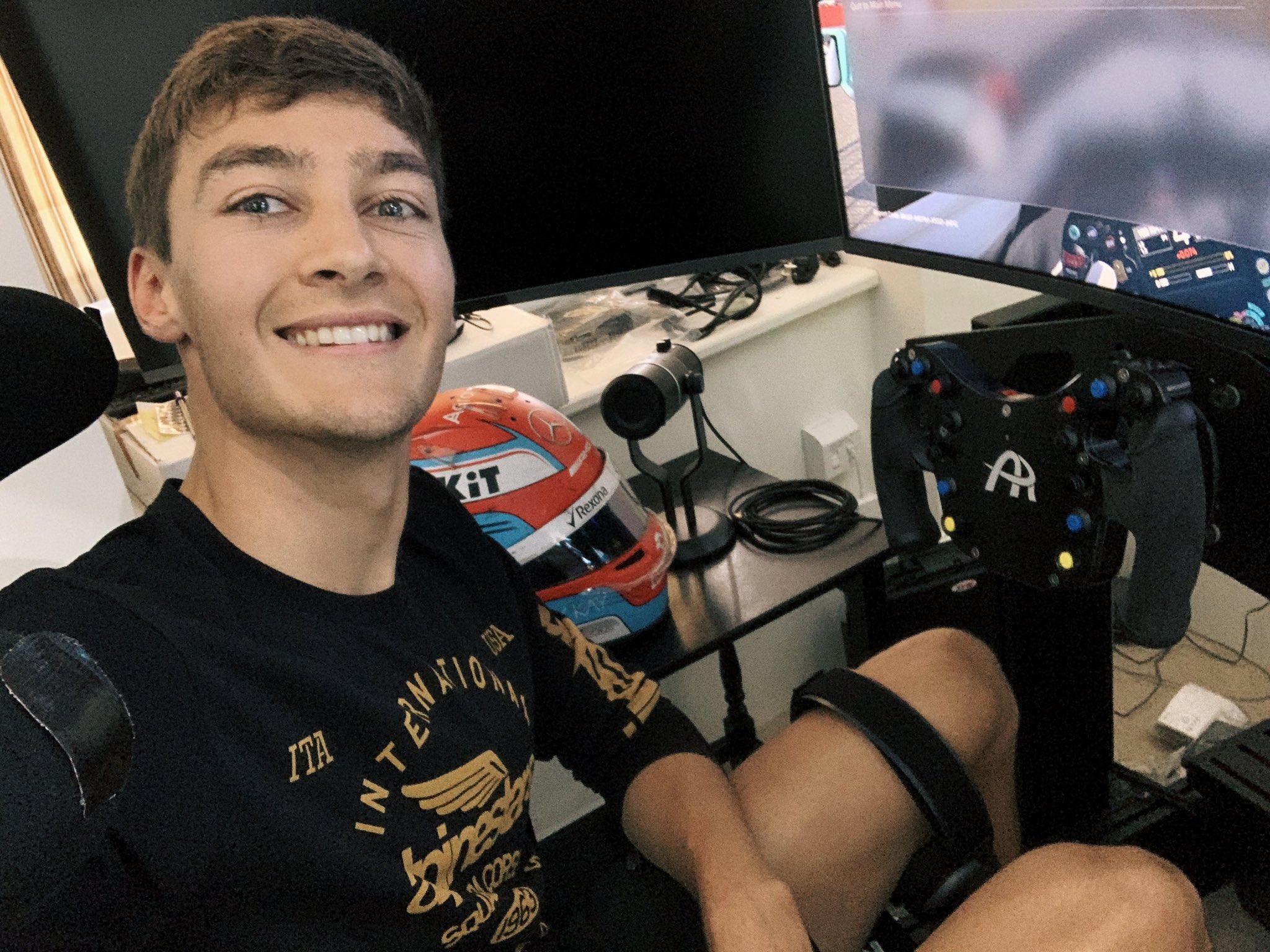 Russell was crowned unofficial Virtual GP champion in June, capping off the series with wins in the final two races.

The first was the Virtual Azerbaijan Grand Prix where he took pole position, led every lap and won by 6.8 seconds over runner-up Alex Albon.

It was a similar story in the Virtual Canadian Grand Prix as he took pole position with a time 0.452s faster than Albon in second.

At the end of the race he was six seconds ahead on the road but nine seconds worth of time penalties for Albon meant Russell’s winning margin was 15.3s.

Russell didn’t even take any liberties with track limits as he received no time penalties, whereas everyone else in the top 14 did. 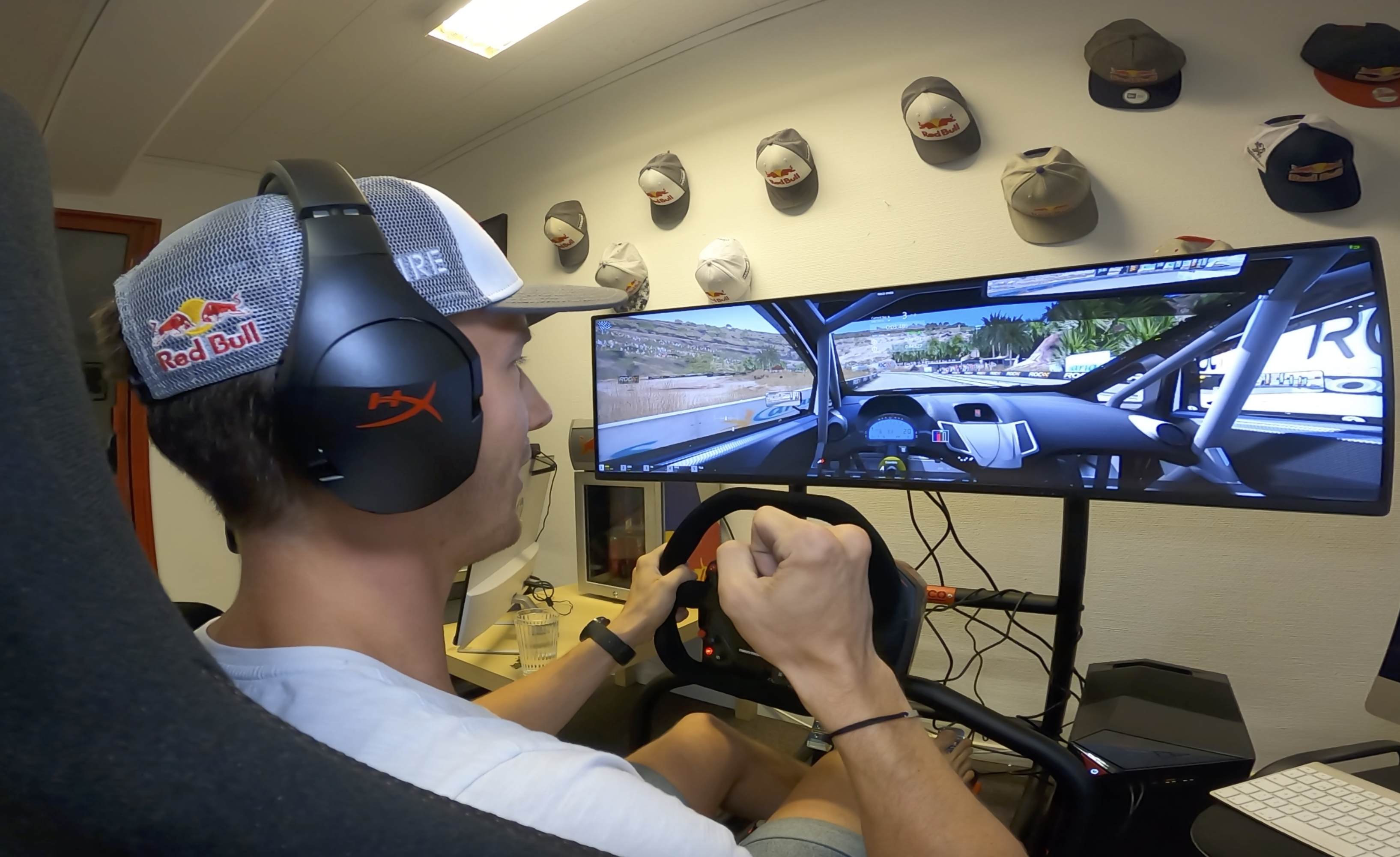 The reigning World Rallycross champion is also on track to win the championship in the World RX Esports Series as he currently leads the series by nine points. A third place finish final of the Norwegian round and second in Sweden helped to put him on top.

To top it off he also won the individual portion of the Virtual Race Of Champions and he took Team Sweden to the final of the Nations Cup. There he bested Romain Grosjean but lost to simracer turned real-world GT newcomer James Baldwin for Team All Stars. 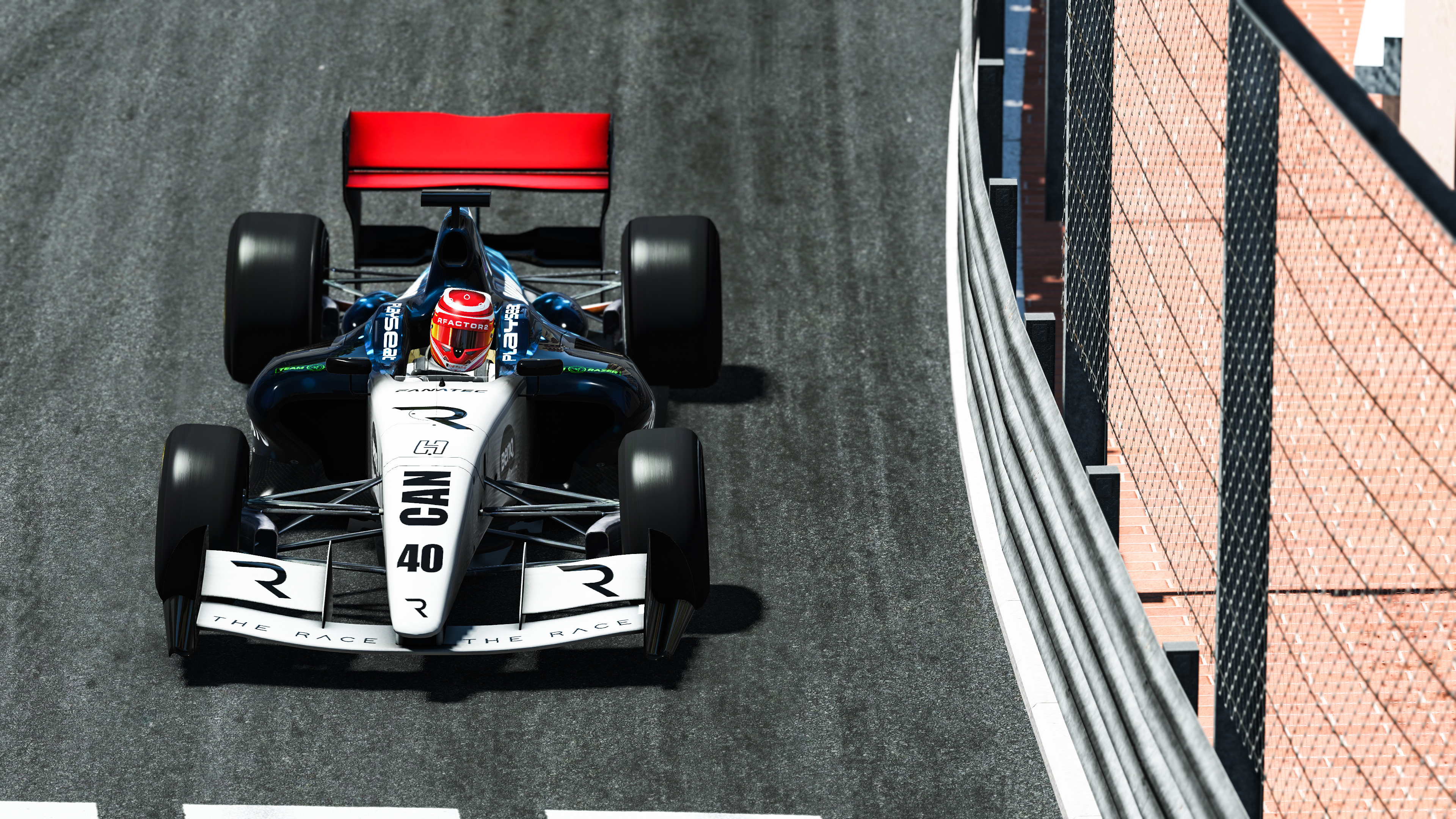 June’s been a busy month for Canapino as he raced in two 24 Hours of Le Mans events, the Triple Crown season of the All-Star series and took part in GPVWC’s top flight championship.

He lost the All-Star Series’ Pro Cup championship by a single point in the double points finale at Le Mans, where he lost to Oliver Rowland by a mere 1.3 seconds.

Canapino was a podium finisher in both the Virtual 24 Hours of Le Mans on rFactor 2 and the iRacing 24 Hours of Le Mans. In the former his fastest lap was only beaten by two other non-simracers, which helped his team finish third overall, and on iRacing he finished third in the GTE category.

Even when racing exclusively against simracers in the GPVWC Superleague, he was able to keep up as he finished seventh in the French Grand Prix and finished ahead of then championship leader Adam Maguire. 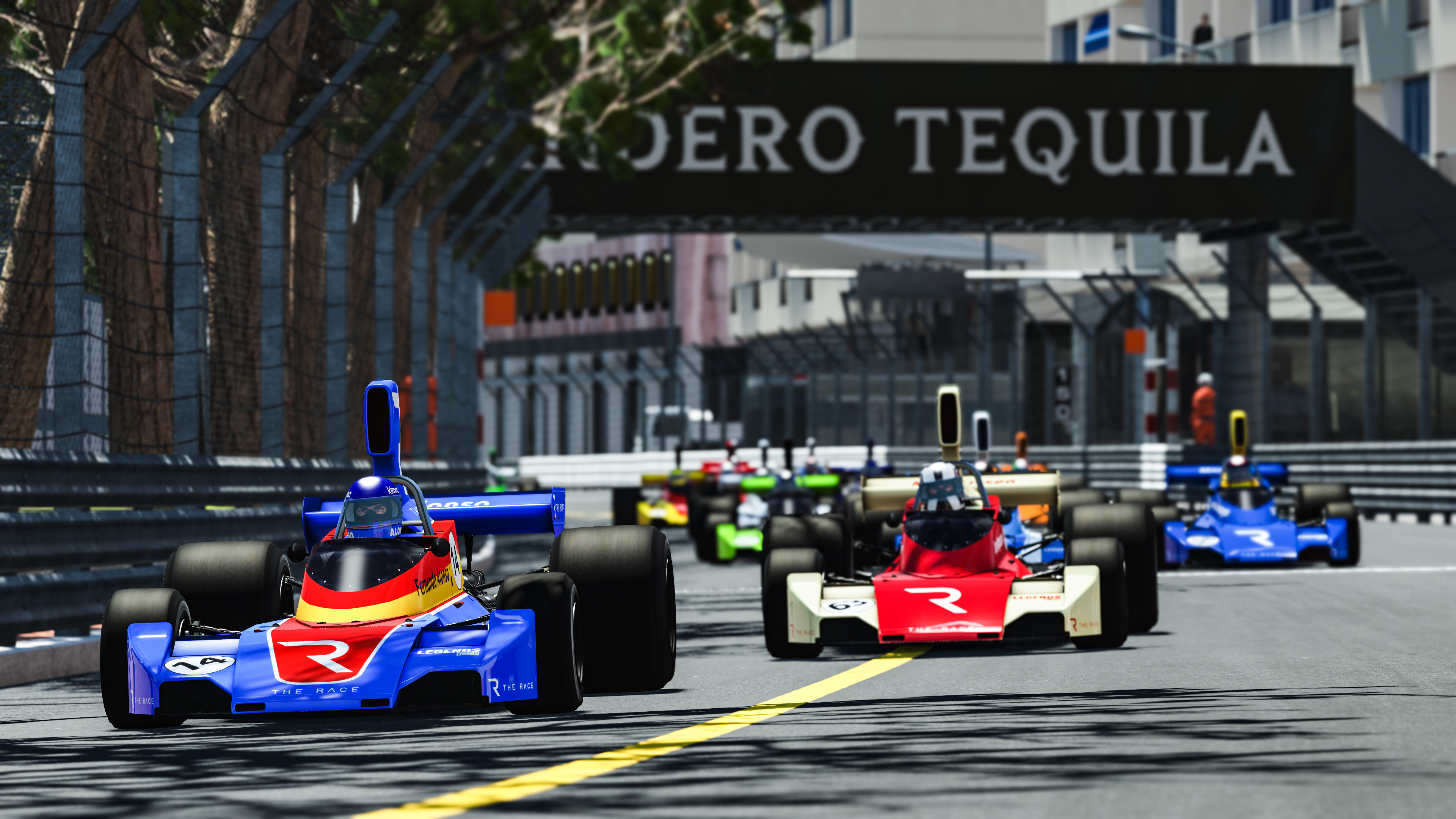 Alonso narrowly missed out on taking the Triple Crown title in the All-Star Series, despite a comfortable win by 10 seconds over Juan Pablo Montoya in the Monaco opener and a victory from the back of the grid in the three-lap Le Mans race.

His reverse-grid outing at Monaco was arguably greater still, with a 13th place on the grid converted into third at the finish, equating to an average of one overtake per lap – which is nothing to scoff at when it comes to the narrow and twisty streets of the Principality.

Silverware eluded him when racing for the FA/RB Allinsports team in the Virtual 24 Hours of Le Mans as a glitch that prevented the car from being refuelled cost the team any hopes of a decent result. However, on an individual level, Alonso proved he was one of the fastest out there as he set the ninth-fastest laptime during the race, and only one other real-world driver had better pace over one lap.

Now back competing in the real-world 2020 Supercars championship, van Gisbergen sealed the Supercars All Stars Eseries title earlier this month, adding three wins to this total of 14.

Though he’s no doubt happy to be back racing in real life, Supercars’ return has inhibited van Gisbergen’s chances of bagging an additional esports title in a category that represents a stark departure from his usual playing field.

Van Gisbergen had finished second in the second round of the World RX Esports Series and led the championship by six points over World Rallycross champion Timmy Hansen, but had to sit out the latest round. Despite this, he remains an impressive fourth in the standings, ahead of real-world rallycross specialists like Henrik Krogstad and Martin Enlund. 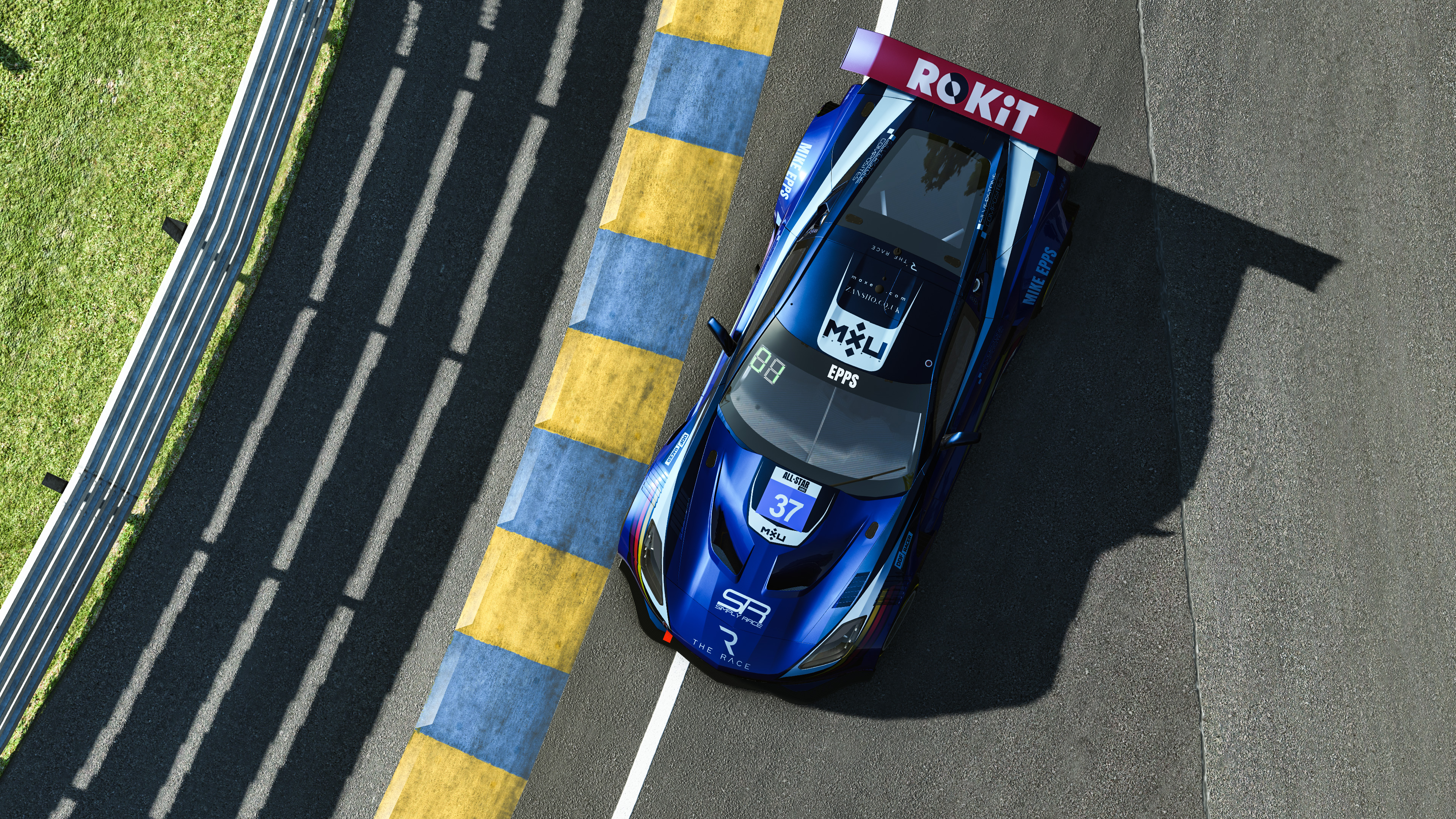 What separates Mike Epps from many of the other real world pros on this list is the amount of racing he did against simracers.

In the Triple Crown season of the All-Star Series Epps was able to finish second at Indianapolis and just behind Jernej Simoncic.

Then at Le Mans he went one better and won the 45 minute long finale race, grabbing the maximum 100 points that meant he – the only real world driver in the Sim Masters championship – ended the season sixth in the standings.

While the team he raced for in the Virtual 24 Hours of Le Mans, Multimatic Zansho, finished only 23rd, his fastest lap was the seventh best overall. That best lap time was two tenths quicker than Alonso’s and three tenths better than Canapino’s. 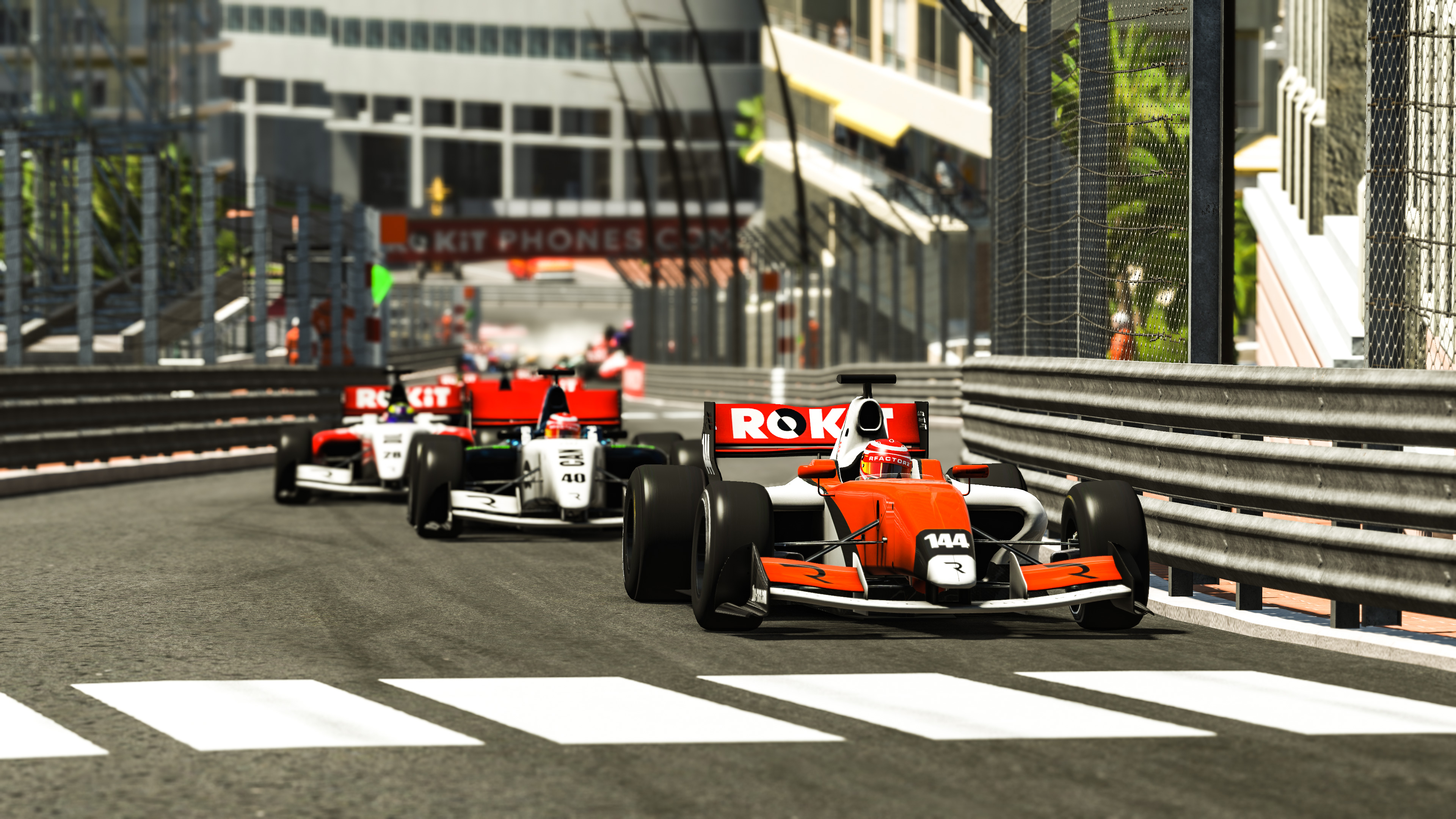 June has certainly been a success laden month for Rowland as he won a championship as well as four races across two series.

He won his debut race in the All-Star Series, beating the likes of Canapino and Dillmann. That win is made even more impressive by the fact that just minutes before it started he was competing in the Formula E Race At Home Challenge, bagging himself a second place finish in that championship in the same day.

Since then it only got better for the Brit as he won the final race in Formula E’s championship and then capped off the month with victories at both Le Mans rounds of the Triple Crown All-Star Series as well as the Pro Cup championship win.