The pro racer determined to take on the Esports elite

The highest-finishing professional driver in The Race’s second All-Stars Esports Battle, Dani Juncadella admits he was at a loss over the rFactor 2 pros’ reference times when he began to practice for the event.

“When I started training for the second round I remember in the beginning I was six or seven tenths off the top guys, and I really couldn’t believe it,” Juncadella tells The Race.

“I was driving very good laps and I was like ‘how can I be so far off, how can these guys be this quick?’.”

In the end, Juncadella would beat fellow European Formula 3 champion Felix Rosenqvist to finish fourth in the event – although an all-Esports pro top three remained out of reach.

“I definitely want to give the top guys a run for their money,” Juncadella says.

“Whenever I’m competing, I want to be first, I want to try to beat the top guys. That’s just in my nature.

“It makes you keep trying, keep learning new things, finding lap time in places where you would never realise you can find lap time and I think it teaches you a lot about racing as well.

“I think you learn a lot as a driver trying to find your way around problems.” 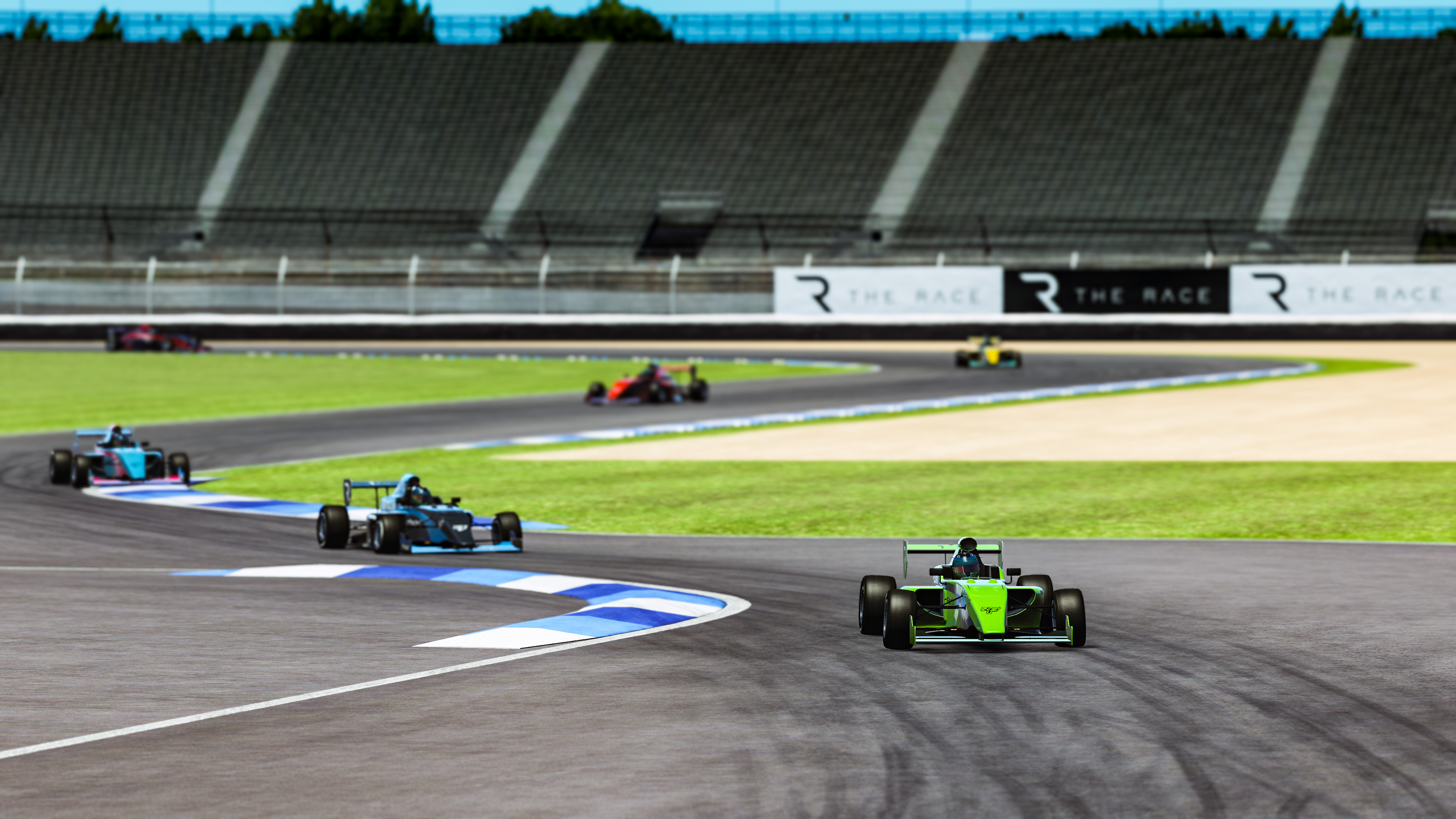 The hard-fought battle between Juncadella and Rosenqvist on track masked the fact that, behind the scenes, they were encouraging each other to do better both in the run-up to the event and during it.

“I did spend a lot of time with Felix together training as we’re really good friends and actually in the qualifying heat we were chatting in the same Discord channel when he was leading and I was second,” says Juncadella.

“Even during qualifying all the time we were chatting, apart from the final race [when] we didn’t call each other so we were on our own.

“We actually have the same stuff because when I bought everything in October-November, he saw it and he said: ‘Send me exactly the things you’ve got there as I want to get the same.’ 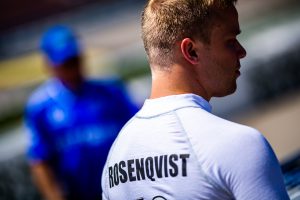 “We were practicing together and even after the qualifying heat, when we qualified for the final – I think there was like 45 minutes between that and the final – I was chilling at home and he was calling me like ‘no let’s go practice’. And I’m thinking ‘come on, man, we’ve just been practicing for like 300 laps, do you even want to do more laps?’

“That’s how sim racing works, you have to keep doing the laps and keep practicing because these guys who win the races, they just put in the work on the fine details.”

That doesn’t mean he is a newcomer to sim racing, though. In fact, his interest in that dates back to 2007 and the game Race 07. Back then, he had a basic wheel-and-pedals set-up twinned with a table and a normal desk chair.

He also helped with the development of RaceRoom thanks to his experience in DTM – a series he has by now spent five seasons in and one where he would’ve likely remained in 2020 had R-Motorsport not withdrawn its Aston Martin entries. 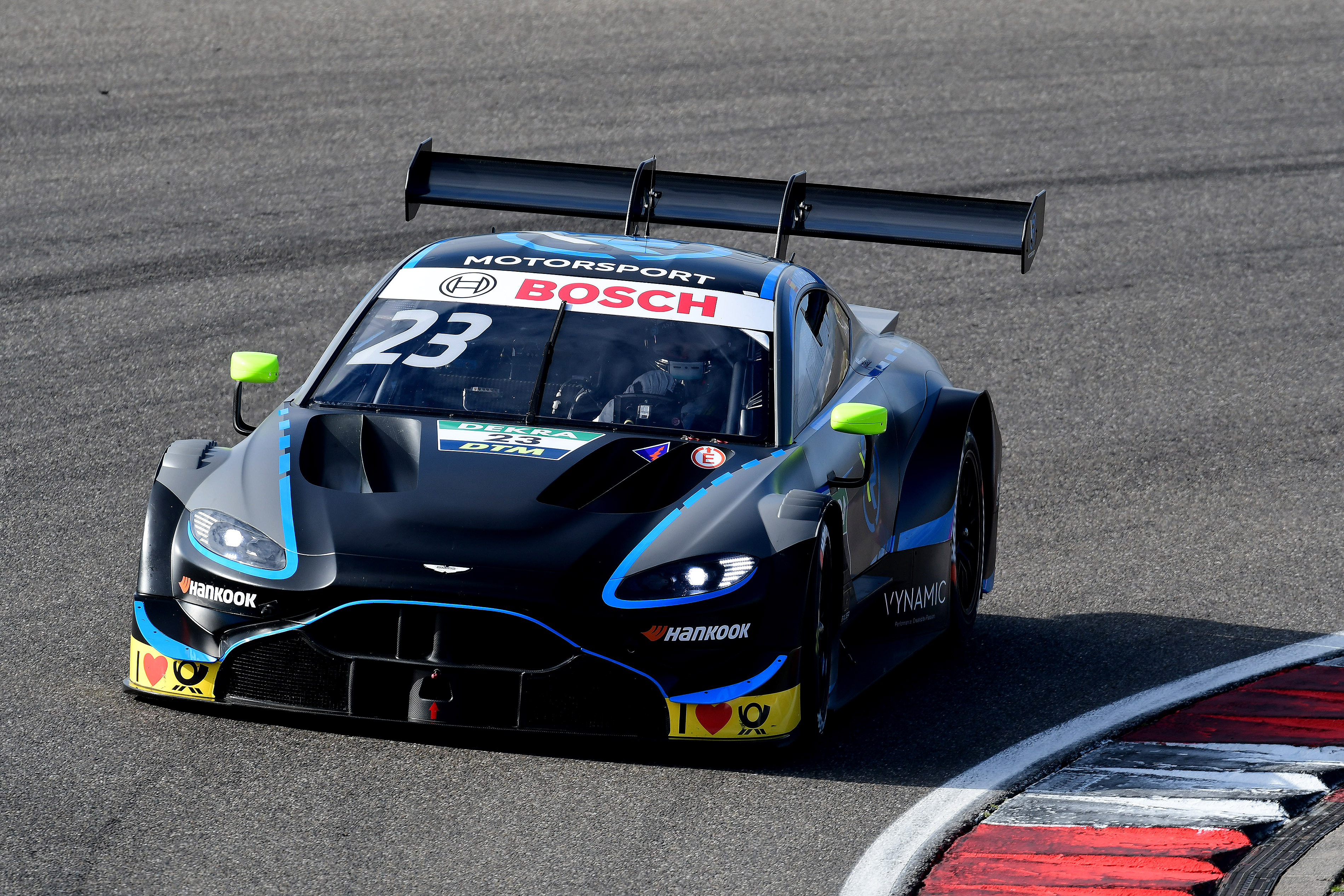 RaceRoom was released in 2013 and it was shortly after then that Juncadella significantly reduced his time spent sim racing. But nowadays he has a fully blown sim rig worth around ‎€15,000, having got back into it when he broke his collarbone in early 2018.

“The way to get up and running and getting fit again for me was sim racing so I decided to give it a go again,” says Juncadella.

“I got my old sim set-up, the one that cost me €3000, and I started playing a lot of Assetto Corsa. I played for about the whole year – a lot – just to prepare for DTM races mostly.

“Towards the end of 2019 I decided to join iRacing because I was being told by a lot of fellow racing drivers that, for competition purposes and so on, iRacing is the best game for graphics and physics.”

Nowadays he is part of the Triple A Esports team, which also includes many of the top rFactor 2 drivers, 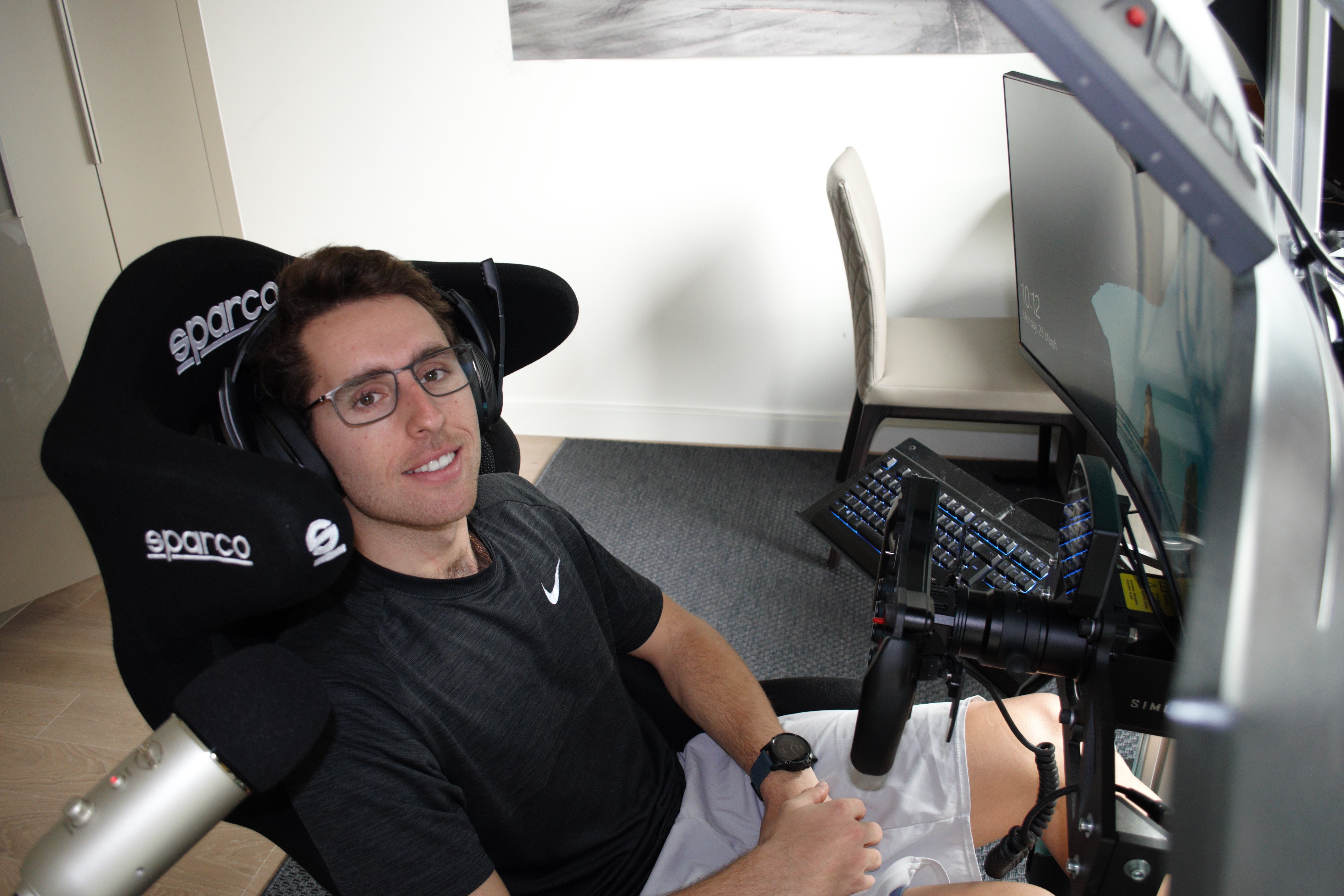 Juncadella offers the sim drivers help and advice from his vast experience of real world racing but, when it came to being quick on rFactor 2, it was he who sought advice from the experts in virtual racing.

“What got me so quick up to speed is also their help because they were helping me with the settings because it’s different to iRacing,” says Juncadella.

“So Erhan Jajovski, Risto Kappet and Hany Alsabti, all three are very focused on rFactor 2, and they helped me a lot.

“Being a part of an Esports team is always helpful. Even if you think that you probably know better than the Esports gamers about racing, it’s a complete different world so you can always use their help.”

Having finished 13th in the first All-Stars Esports Battle and fourth in the second event, Juncadella is aiming to go even higher in the future.

“Whenever there’s another race, I’m sure I’m going to take part in it and I’m going to practice even more to get to the top guys.”