One of the great advantages of esports over traditional motorsports is the levelling of the playing field for people who want to get involved.

Cost has long been an issue in real world racing, with only the very talented or those with financial backing making it to top level motorsport.

By comparison simracing is much simpler and cheaper to get involved with, but that’s not the only way it is more accessible than real world motorsport.

For people who have disabilities getting involved in motorsport can be extremely difficult for a large number of reasons, such as the safety regulations over how quickly drivers must get out of cockpits in a crash.

“If you’ve got disabilities that aren’t compatible with car racing in a physical car, those conditions don’t exclude you from digital racing” :: Nathalie McGloin

But since anyone with a games console or gaming PC can give simracing a go and such regulations are not a factor, there are far fewer barriers to entry to just getting started.

With this in mind Nathalie McGloin, the president of the FIA Disability and Accessibility Commission, has been on the lookout for disabled simracers to share their stories and have themselves mentioned on the commission’s Instagram account.

Similar calls for disabled real world racers as well as those who work in different motorsport related roles have been done before by the FIA Disability and Accessibility Commission, with simracers the latest to be invited to tell their stories.

“It’s a push for all motorsports but definitely for esports at the moment,” McGloin tells The Race.

“Esports is easier for disabled people to get into because you don’t have the added issue of being able to get out of the car in a certain amount of time.

“If you’ve got disabilities that aren’t compatible with car racing or rally driving in a physical car, those conditions don’t exclude you from digital racing. 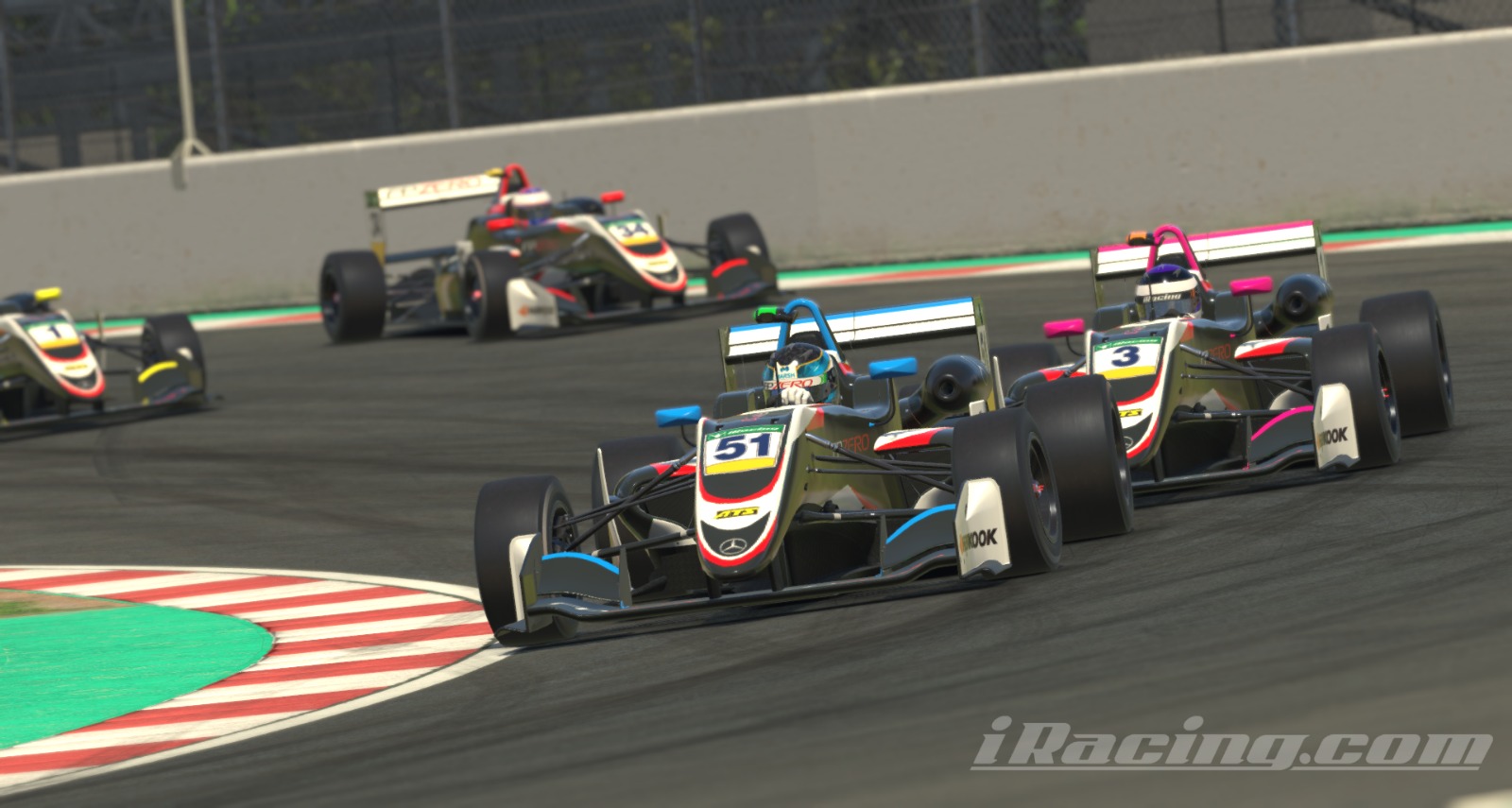 “There’s those who are competing at the moment but people probably just aren’t aware that they are disabled because it doesn’t really matter.

“So we’re just trying to encourage people who are already competing to give visibility to their disability in the hope that they will inspire other disabled people into simracing and show that it is accessible.”

More importantly people have responded to the call, with more disabled simracers getting in touch than any other group of motorsport workers did for the previous requests.

Are you a disabled sim racer? If yes, I want to hear from you! Send me a DM on the @fia Disability and Accessibility Instagram account to have your profile featured 🏁

“The most recent post I put out is the call for disabled simracers to get in touch with me and I’ll put their profile on the FIA Disability and Accessibility Commission Instagram account,” McGloin says.

“To be honest, that’s the biggest response I’ve had in terms of people getting in touch and telling me that they are disabled and they are competing or participating in some form of simracing.

“So the response I’ve had is really strong and I’m hoping to push it out more on the different FIA channels and get more visibility of people coming through into the sport so that we can promote it more and it will be a self-fulfilling prophecy where the more it’s seen the more it will inspire other people to do it.

“Last year the first Motorsport Games went ahead with the FIA, which included a number of different motorsport disciplines including slalom, racing with different cars but also digital racing.

“We’ve tried to replicate the controls that I’ve got in a race car with the sim because I know that they work and they’re a good set-up for me” :: Nathalie McGloin

“We wanted to put a disabled driver into the digital motorsport section but that didn’t go ahead because it was short notice.

“So next year we want to put in at least one disabled simracer into the Motorsport Games.”

The drive to get a disabled simracer into the FIA Games, and the belief that they would be able to compete with able-bodied racers, has undoubtedly been helped by some particularly notable examples.

Since his horrific British Formula 4 crash in 2017, Billy Monger has used sims to help get himself prepared for racing as a double amputee.

Spa prep has fully got me simming in my living room, Mum and Dad aren’t too happy about it though 😅😂 #TimeToGetGrinding #BillyWhizz pic.twitter.com/jksiD6Fbd3

It wasn’t just about re-learning how to drive the car, since he used his sim as specific practice for his year in BRDC British F3 in 2018.

During the boom in esports events earlier in the year when real world motorsport events had to be postponed, Monger took part in some of the virtual championships that sprung up. 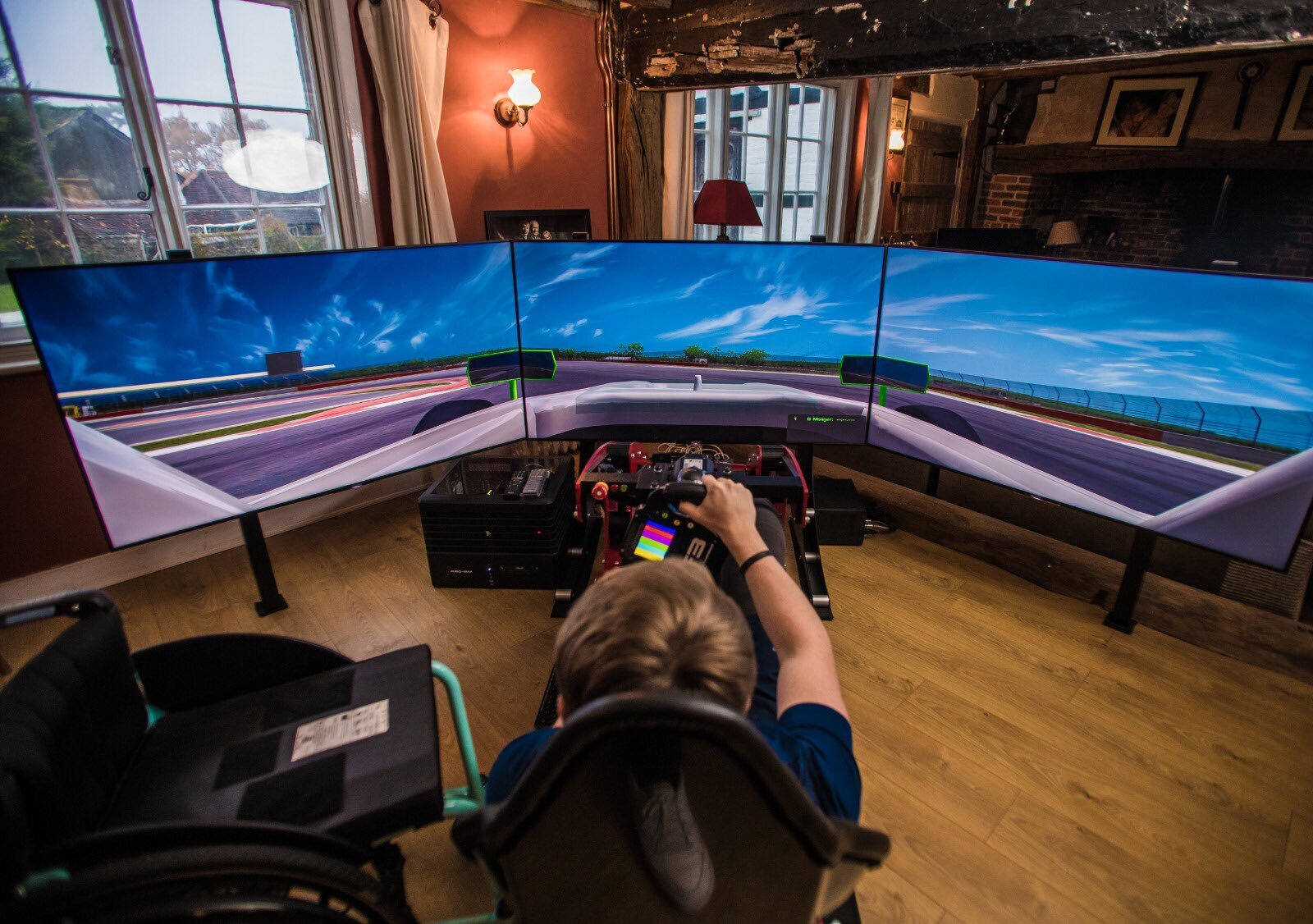 Those included the Kokoro Invitational Series and the BRDC Esports Championship, achieving a best result of fifth in the latter.

That was in a race at Spa-Francorchamps, and by achieving a top five result he bested 32 other drivers including Oliver Rowland and Callum Ilott.

Another driver who also actively, and very publicly, raced on sims earlier in the year was Robert Wickens.

It drew a lot of attention when he took part in the IndyCar iRacing Challenge, that being the closest he’s come to a competitive IndyCar race since his crash in 2018.

Today was a lot of fun! Happy with being in the top 10, can’t wait for next weekend. Here’s a little clip of how I get into my sim. Thanks again @SimCraft ! #INDYCARChallenge #iracing @ArrowMcLarenSP #indycar @IndyCar pic.twitter.com/jCjNJ1jMJR

There his best result was fifth place in a field packed with other professional IndyCar drivers.

Outside of that he also took part in the Virtual 24 Hours of Le Mans with the MAHLE RACING TEAM earlier this year and is currently racing in the VCO ProSIM Series. 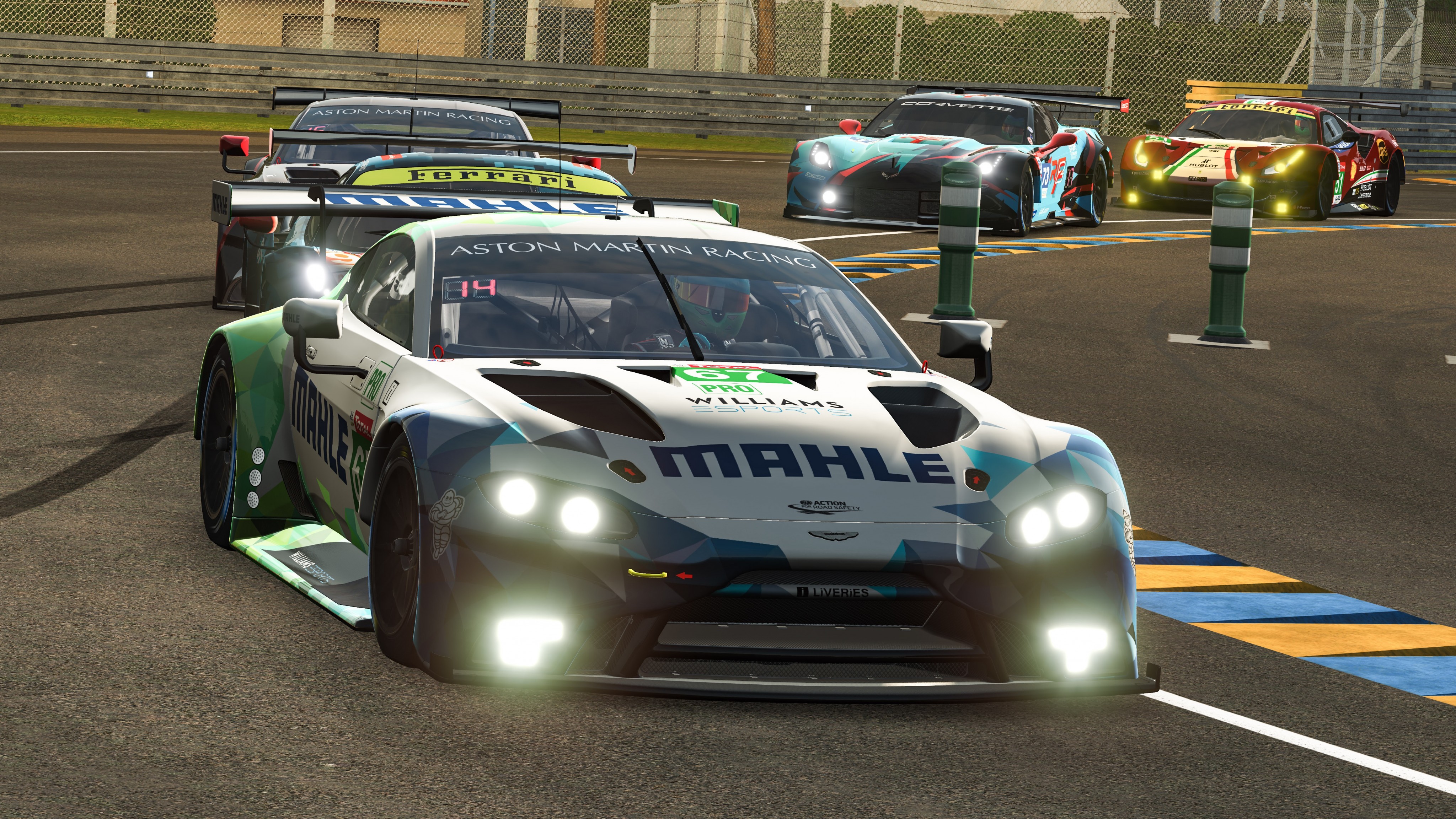 The speed both Monger and Wickens have shown in the sim, how they’ve used it to help stay sharp and the successes they’ve had from it show that being disabled isn’t a hindrance when it comes to online racing.

A potential problem with conventional sim rigs is that they may not be suitable for people with certain disabilities.

When McGloin got her sim rig earlier in the year it had to be modified in a similar way to her racing cars.

As a tetraplegic she has radial hand controls, meaning she has to push down on the handle to accelerate and then push forward to brake.

That isn’t something her sim rig had initially so she had to get her race mechanic to adapt it. 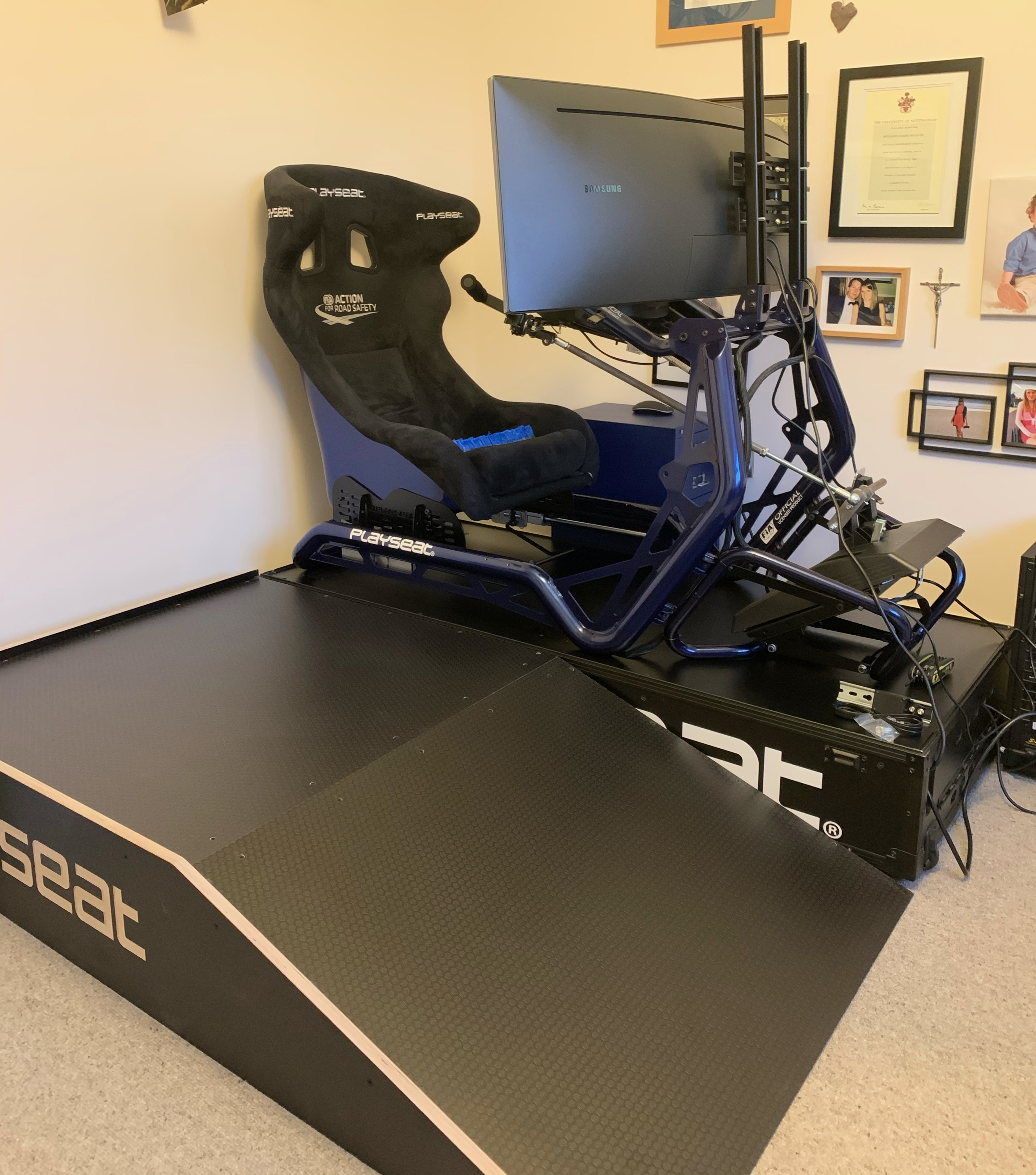 “When lockdown happened I got my Playseat sim which my mechanic had adapted to suit my disability and we’ve tried to replicate the controls that I’ve got in a race car with the sim because I know that they work and they’re a good set-up for me,” McGloin says.

“Obviously all disabilities aren’t the same, so some people have disabilities that affect one side of their body so they require a left foot throttle.

“That’s a really simple fix where you can just reprogramme the sim to operate with the throttle on the left.

“So there’s a lot of adaptability with the electronics and people have built different adaptations around their needs, so one size fits all doesn’t always work.”

With the ever growing interest in simracing, McGloin is looking to try to make esports racing more accessible for people of all disabilities. 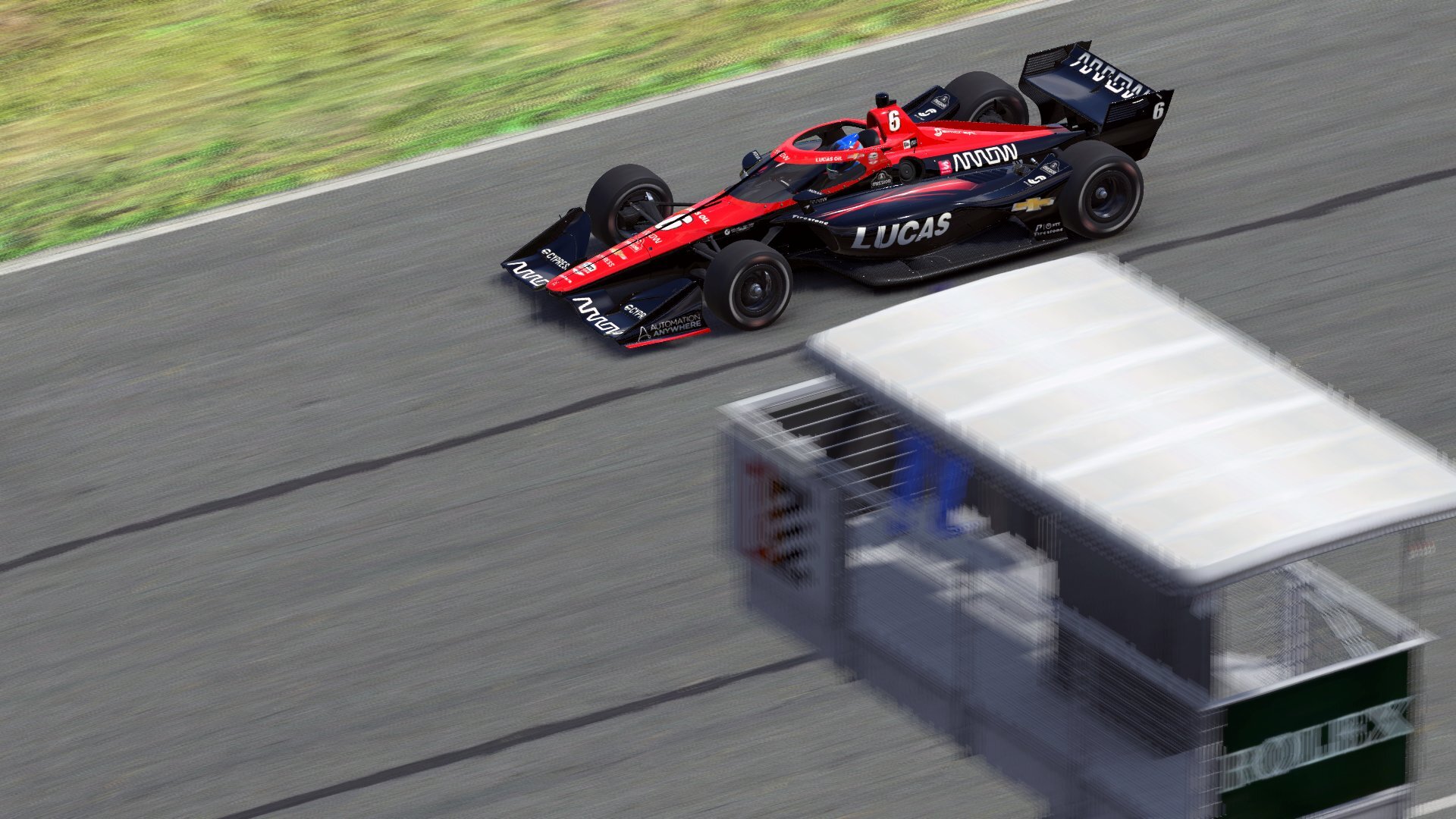 Since not everyone will be able to get hold of or modify existing simracing equipment to suit their needs, it can be tricky for many to properly get involved in the hobby.

In the hope of eventually producing an off-the-shelf sim rig that can be more accessible for disabled people who can’t use conventional equipment, McGloin has teamed up with Playseat to try to produce a solution.

The project is still in its early stages so there aren’t any specific details as to how it would work, but both parties are keen to work together and help as many disabled people get into simracing as possible. 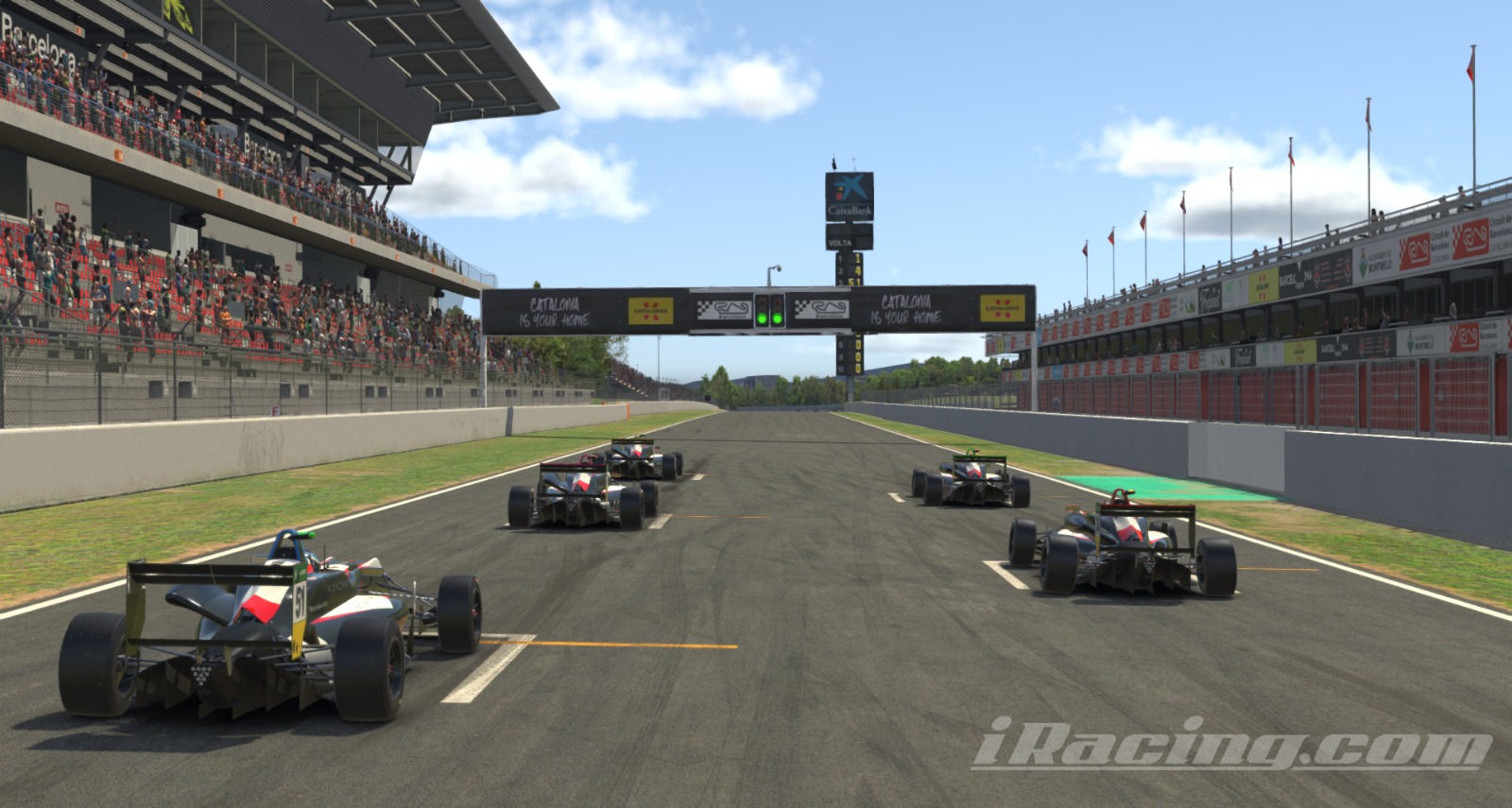 “Since the beginning of Playseat back in 1996, our president and founder Fernando Smit has always had the vision to make the simulators suitable for everyone,” Playseat’s chief operating officer Tako Dijkman tells The Race.

“Big or small, tall or tiny, it should always fit and be accessible, this is already our core DNA where we want to help everybody be able to race.

“No matter if you have never been in the opportunity to race or if you have a disability making it even harder to get into a racing environment.

“Everybody should at least be able to taste the true thrill of racing.” 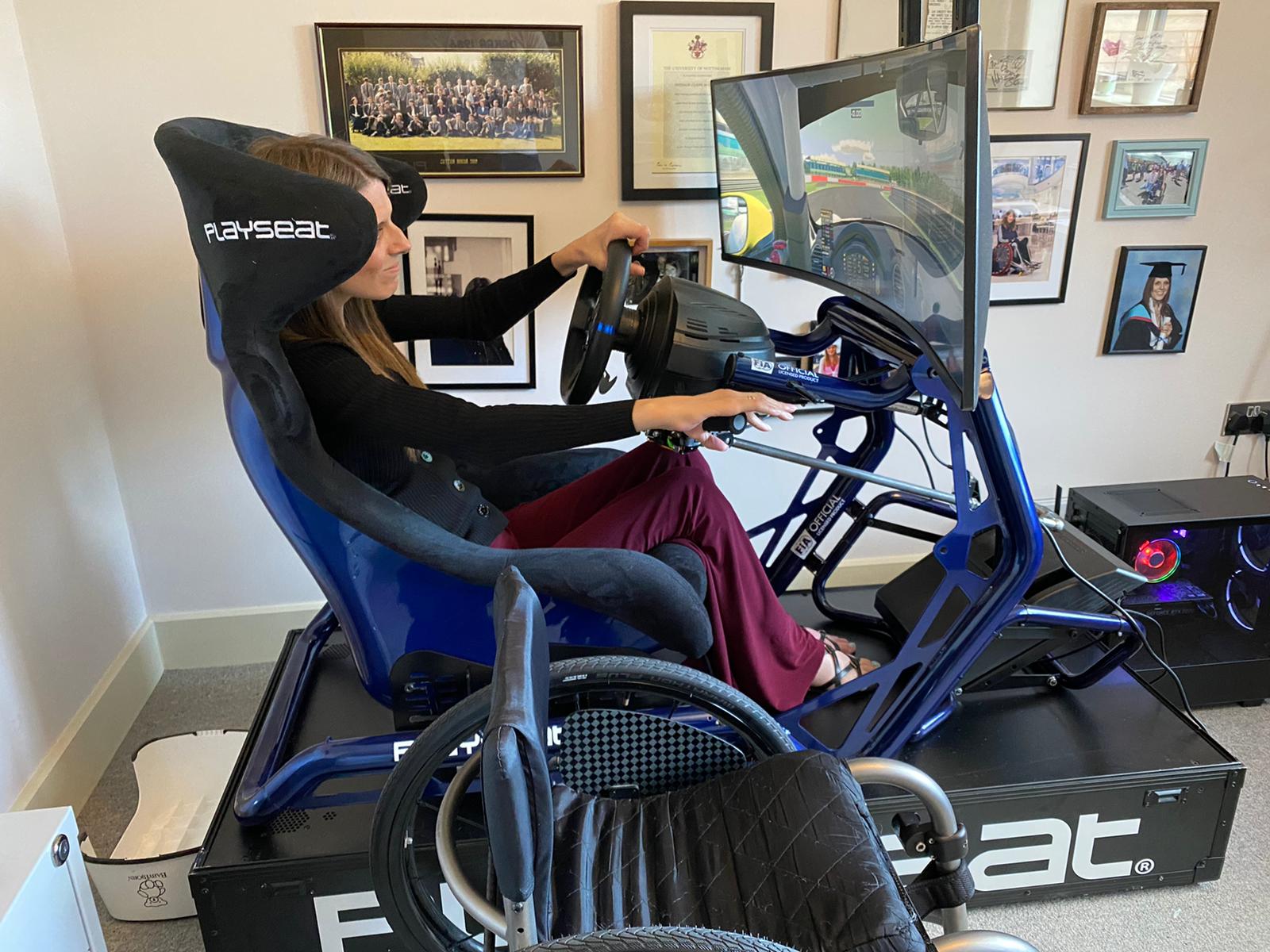