Michal Smidl won the third round of the BMW M2 CS Racing Cup at the Nurburgring Nordschleife, as a huge crash involving Jernej Simoncic marred the start of the race.

Having won a race previously and already earned his spot in the BMW SIM Live event, Smidl’s Sim Live entry ticket was given to runner up Nikodem Wisniewski instead.

Smidl still got to keep the €1000 race winning prize.

Smidl and Wisniewski quickly established a two and a half second gap over third placed Brzezinski and so early signs suggested one of the front two was going to win.

Wisniewski took pole position and led the majority of the first lap, but just like in the previous round, slipstream was enough for drivers to make an overtake stick down the long back straight. 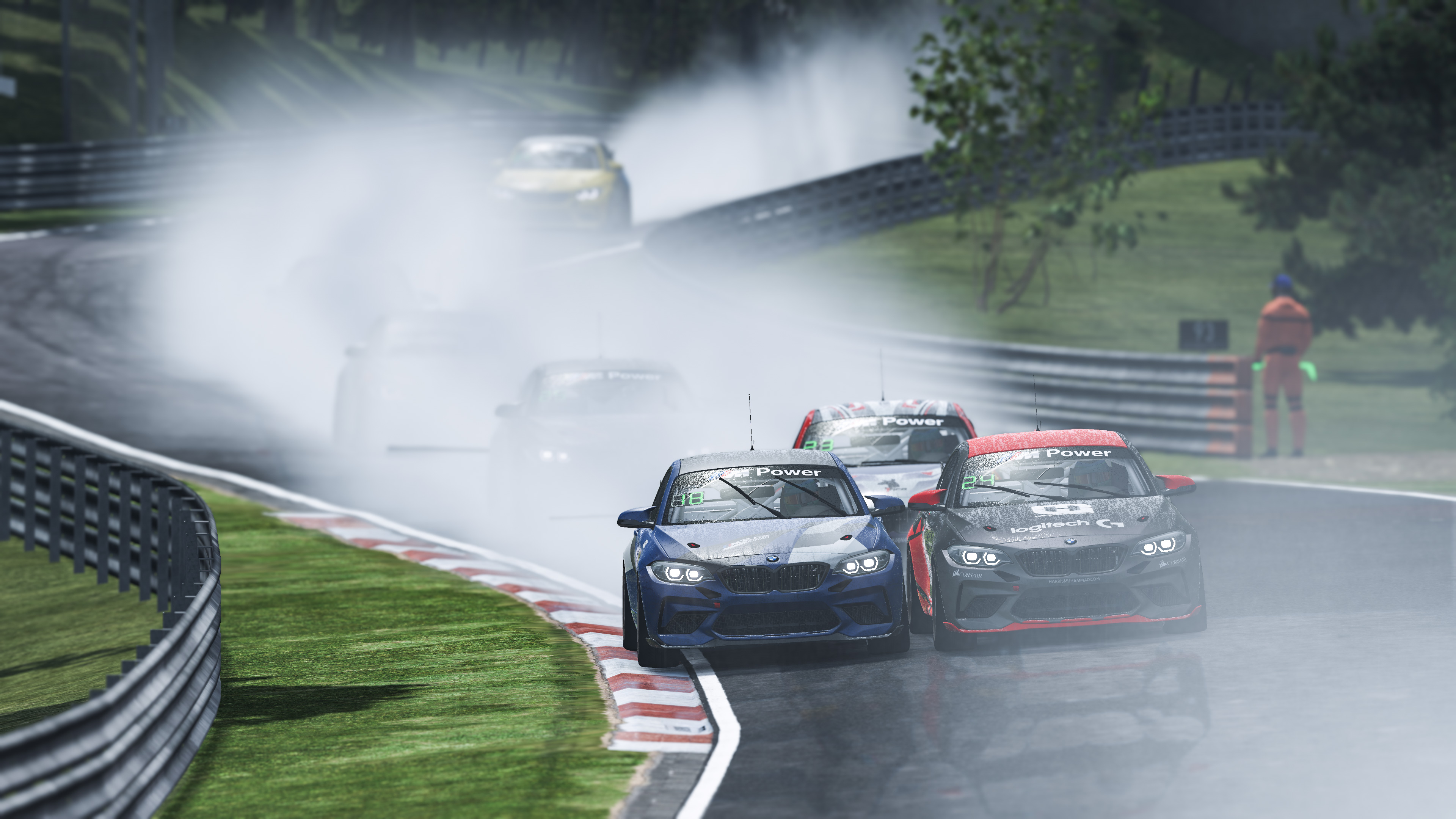 That overspeed from running in the dirty air was enough to give Smidl the race lead and extend it out to over four seconds by the chequered flag, with Brzezinski unable to challenge and left in third.

Just behind them, and also on the first lap, there was a massive crash on the downhill blast just after the long Dottinger Hohe straight.

The Race All-Star Esports Battle winner Simoncic and Williams Esports driver Moritz Lohner, in the fight for fifth, made contact with one another which sent Lohner into the barrier and he rebounded back onto the narrow tarmac.

That started a chain reaction of multiple crashes that resulted in a number of drivers having to retire, including some of the bigger names taking part. Simoncic was given a drive through penalty for causing that string of collisions.

The wet tarmac combined with the narrow track made overtaking tricky and cost some other drivers dearly.

Risto Kappet was able to escape the lap one crash but was tagged by Pierluca Amato as he made a lunge. That sent Kappet spinning and led to him facing the wrong way on the track, and he decided to retire from the race there and then.

Some didn’t even need another driver to get involved for them to retire, as Triple A Esports driver Hany Alsabti was running in sixth but on the uphill run towards the final hard braking zone on the track, he got his car onto the wet grass and from there lost all traction.

He was then powerless to stop his car from sliding and it eventually made contact with the tyre barrier, gave the car suspension damage and meant Alsabti chose to retire.

He wasn’t alone as another experienced rFactor 2 racer, Vojta Polesny, lost his car on the exit of the carousel and caught up Peyo Peev running behind him.

Of the 30 drivers that started the race, only 18 finished with most getting caught up in the first lap pile up.

The next round in BMW’s rFactor 2 based championship will take place on April 8 around the 24 Hour layout of the Nurburgring. From that round, a fourth driver will earn a place in the BMW SIM Live event due to take place late this year.