Michal Smidl won his fourth race in the 10th and final round of BMW’s M2 CS Racing Cup, taking his total earnings from the series up to €6000.

Around the full Nordschleife version of the Nurburgring in the dark, Smidl was one of only two drivers to set a sub-10 minute qualifying time.

From second to fifth positions were filled entirely by Romain Grosjean’s R8G Esports drivers, who had all already guaranteed their places in BMW’s SIM Live event.

Hany Alsabti started off strong but was unable to pull away from his team-mate Yuri Kasdorp.

The two traded the final podium position multiple times and even made contact when Kasdorp went for a move at the Turn 1 and 2 chicane.

At the northern end of the track, around the Mutkurve corner, Alsabti dropped behind Kasdorp for good and lost a further position there a lap later as Risto Kappet also found his way past.

At the start of the final lap though, the wet track caught out Kappet as he spun at the exit of Turn 2, returning fourth place to Alsabti. 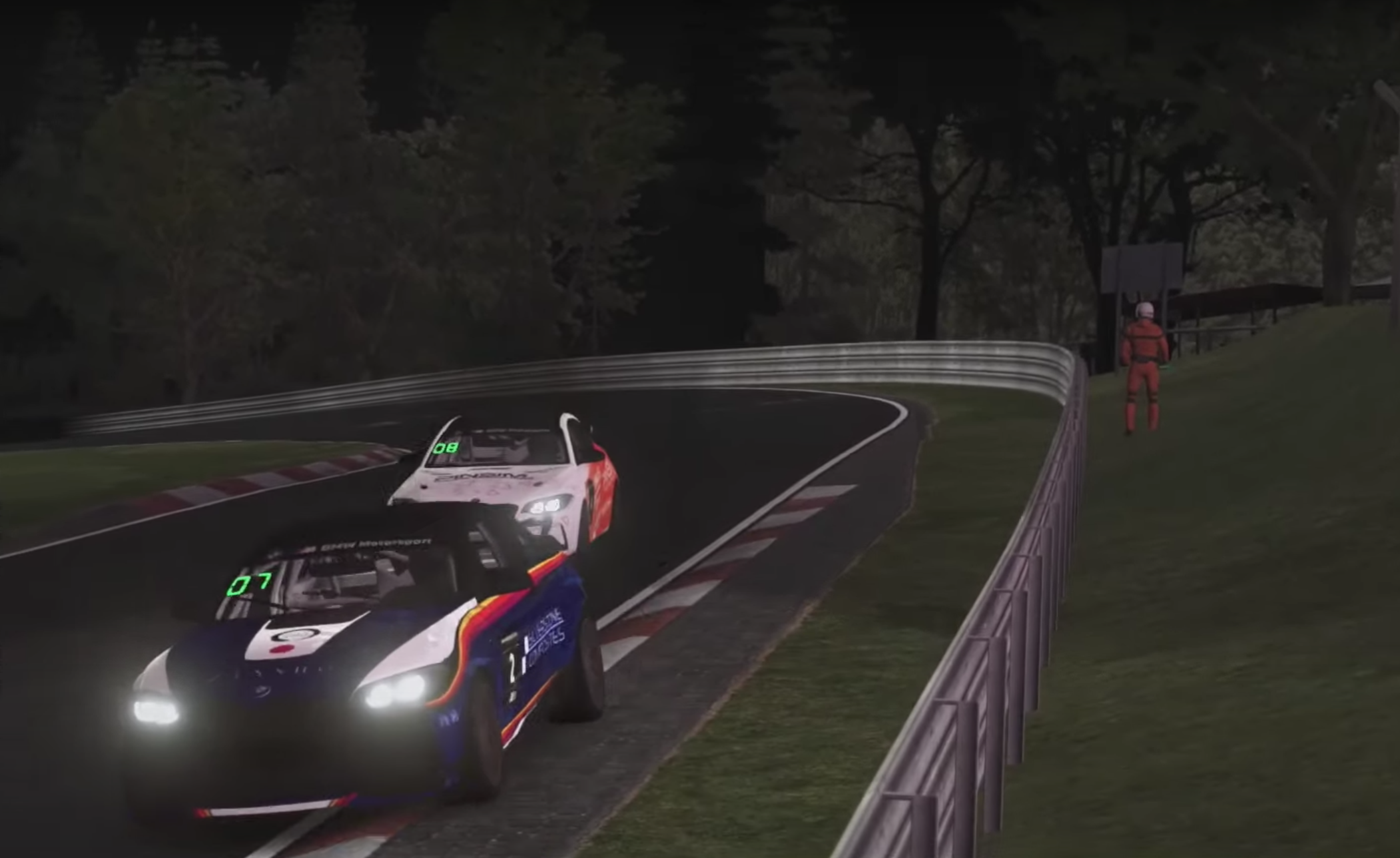 Behind the R8G Esports drivers the battle for the all important final place in the BMW SIM Live final was taking place.

Henri Sinik started off the race in sixth place as the highest-placed driver not to have already earned a ticket to the event.

A short while into the race Joonas Raivio (with Sinik above), who also hadn’t qualified for the final, had caught him.

They swapped places twice, the latter occasion when both made separate mistakes a few seconds after one another to let the driver behind them though.

Sinik made the first error but Raivio lost the rear of the car on the kerb into the fast left hander at the Klostertal section of track, putting Sinik back in front. 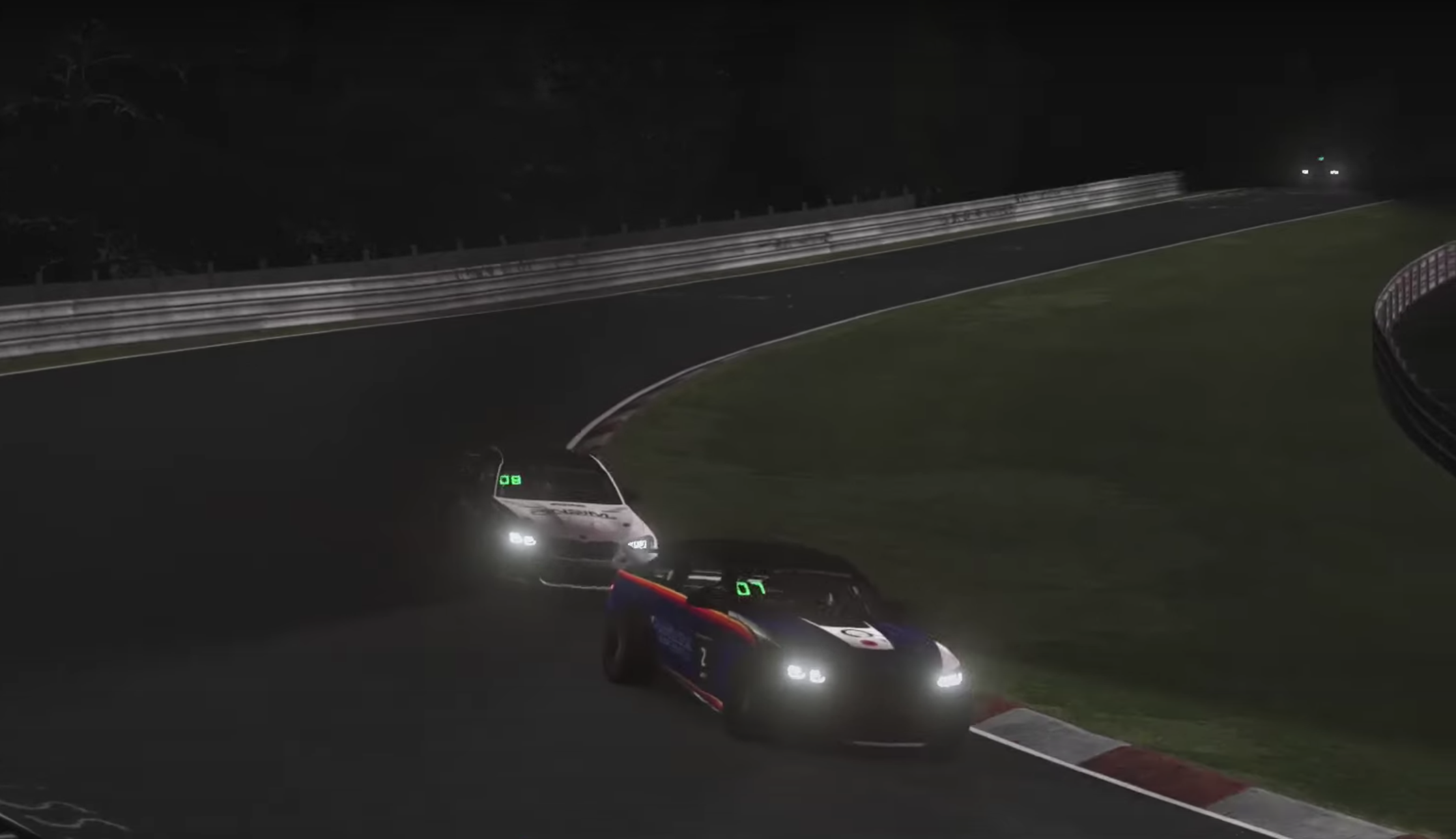 A few corners later though, towards the uphill left turn after the Karussell, Sinik ran wide and onto the grass, sliding into the barrier and he fell several seconds behind Raivio.

Only two more sim racers will bag their place in the coveted final, earning their way through the final round of their iRacing competition, the BMW SIM 120 Cup.

The final round of that six round championship will take place on November 8. 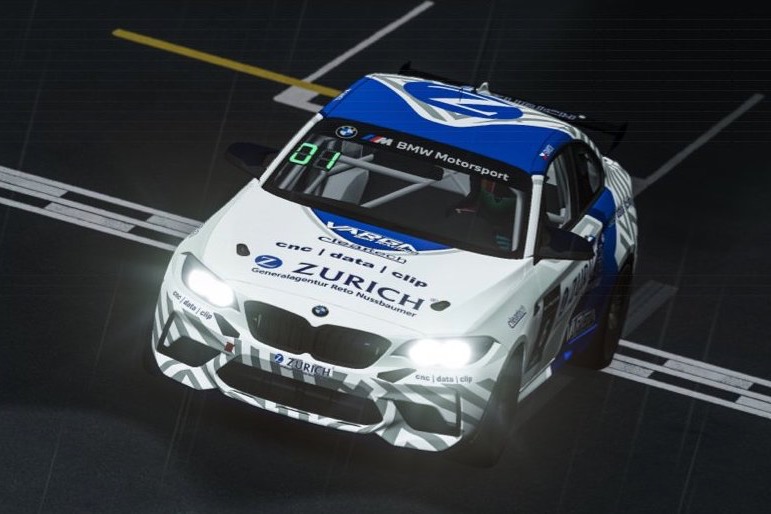