Michal Smidl took his third race win in the BMW M2 CS Racing Cup held on rFactor 2 with a win around a damp Nurburgring GP circuit in round seven of the 10 event series.

Having finished in the top two positions at every race in the championship to date bar one, he’s earned €4500 from the competition.

Smidl was beaten to pole position by Nikodem Wisniewski, but a poor start for the Williams Esports driver allowed Smidl to pull alongside him on the run to the first corner.

With Wisniewski on the outside line for the first corner, he was unable to defend his position from Smidl.

Wisniewski was also put under pressure by Zbigniew Siara who qualified in third but was able to catch up and run side by side with the Polish driver throughout the first few corners.

Over the first half of the race Siara repeatedly tried to overtake Wisniewski but some aggressive defending kept the order of the top three the same.

Smidl benefitted from the battling behind him to pull out a lead of over two seconds.

Late in the race Wisniewski edged away from the drivers behind and closed the gap to the race leader to just over a second before the end of the race, but ran out of time to challenge for the win.

Smidl therefore earned another €1000 for winning with Wisniewski claiming €500 for second place and Siara €250 for third.

Kuba Brzezinksi finished in the all important fourth place though, which was enough to earn him a place at the BMW SIM Live event to be held in Munich at the end of the year.

Brzezinski had previously finished on the podium and had narrowly missed out on winning a ticket in the earlier races.

His nearest challenger to the ticket proved to be R8G Esport’s Yuri Kasdorp.

Kasdorp started the race in eighth place which was four behind Brzezinski. 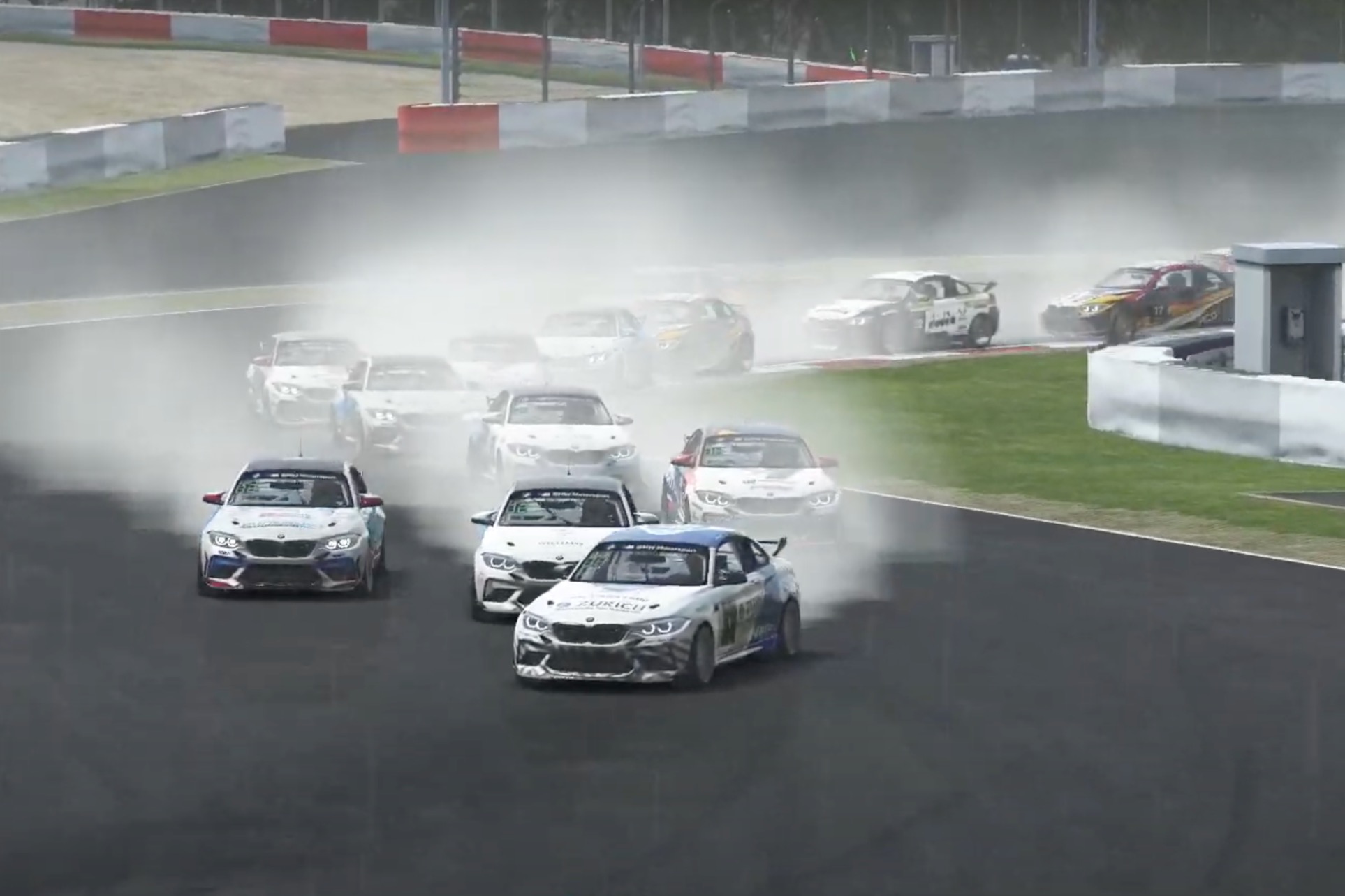 However a spin for previous race winner Erhan Jajovski while on the back of Wisniewski and Siara, dropped the Macdeonian driver from fourth to eighth.

Jajovski later pitted and retired, which left only Peyo Peev in between Brzezinski and Kasdorp.

Peev and Kasdorp traded passes on one another which prevented them from catching up to Brzezinski.

In the final minutes of the race Peev cut across the front of Kasdorp to defend his position, but spun himself around and dropped to 11th.

That handed Kasdorp fifth place, but he didn’t win any prize money or a place in the live final.

Jernej Simoncic, the current Formula SimRacing championship leader, was one of the highest runners to not have guaranteed his place in the live final. 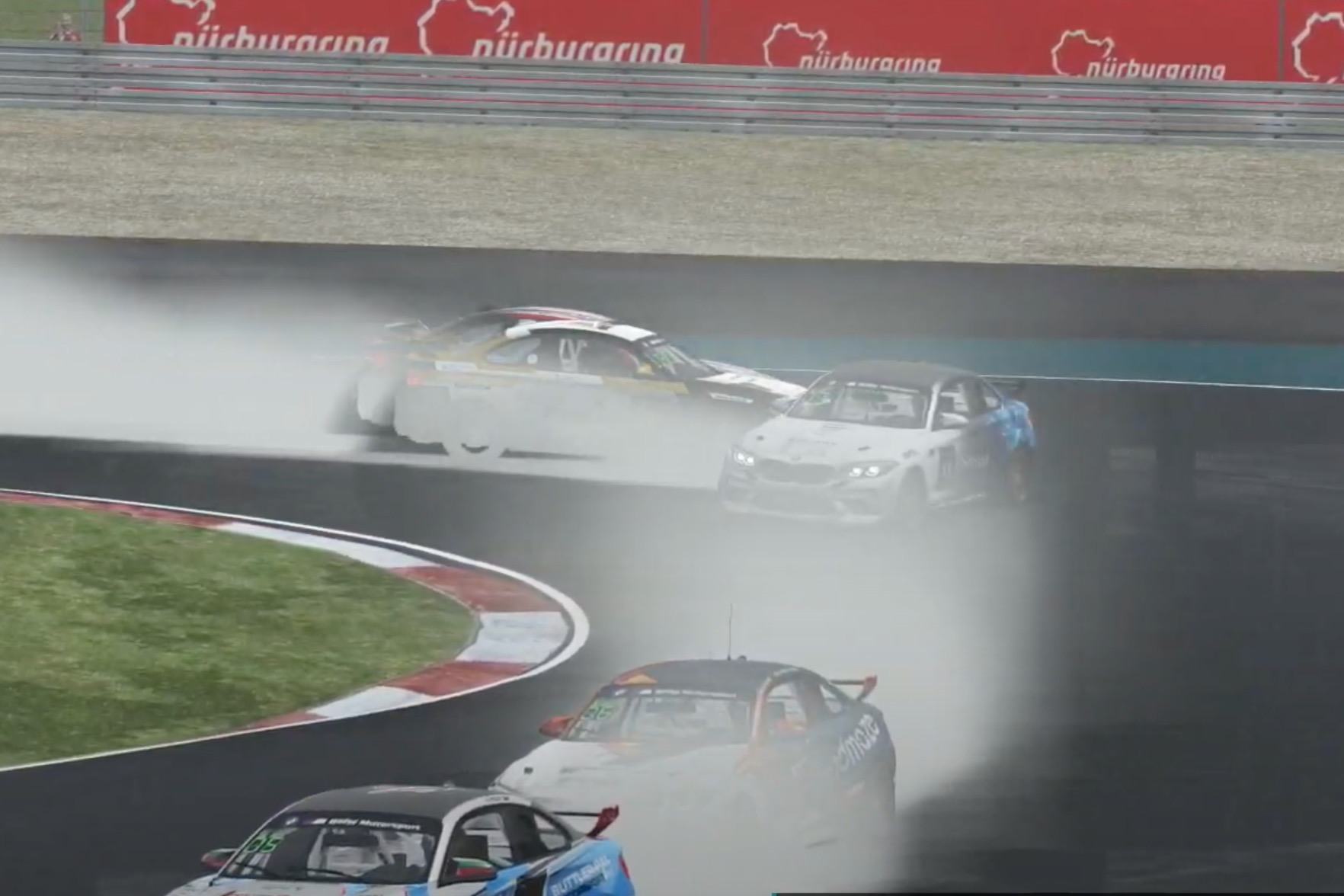 However his charge up the order came to an end when he outbreaked himself when attempting to overtake Borja Millan into the first corner, resulting in him skidding into the rear of Jack Keithley’s car.

Simoncic didn’t finish the race with the others recovering to cross the line in eighth and ninth places, with none of them currently going to Munich later in the year.

Three rounds remain in BMW’s rFactor two championship, with one round taking place in each of the next three months.

The accompanying iRacing series has two races left to run before the full line up of sim racers heading to Munich is decided. 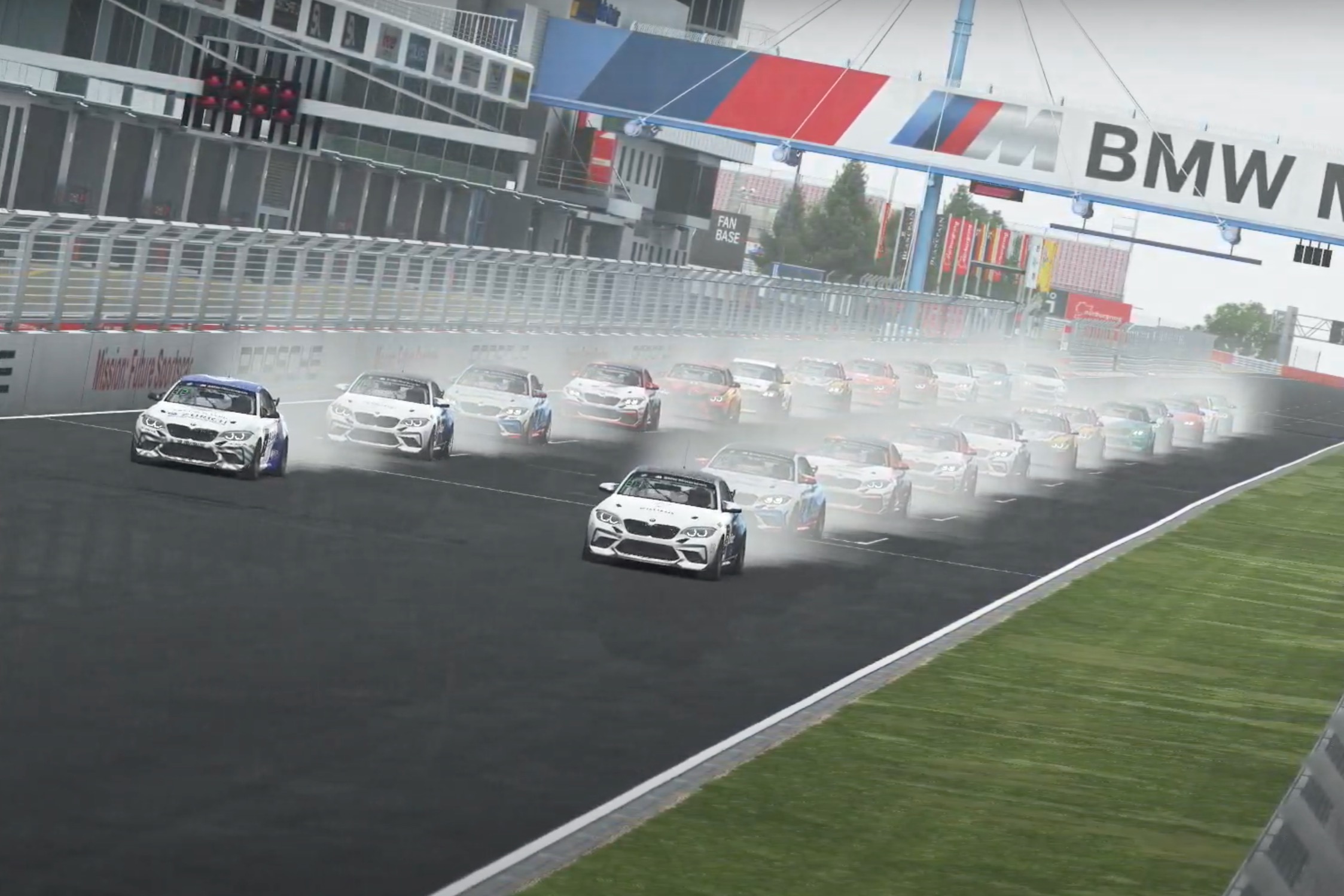