Jernej Simoncic maintained his streak of podium finishes in the The Race IndyPRO Championship by FSR, having now achieved six in a row after winning the sprint race and finishing second in the feature race at the Virginia International Raceway.

The near perfect race day in round four means Simoncic has significantly stretched his championship points lead as his rivals all had far-from-perfect outings.

Simoncic’s closest championship competitor was fellow countryman Alen Terzic, although Terzic had a back-of-the-grid penalty for cutting a corner in qualifying in the previous round.

Williams Esports’ Martin Stefanko started the sprint race on pole position but opted for the harder primary tyres along with Marcell Csincsik in second.

They were in the minority as most of the other frontrunners picked the softer tyres, including Simoncic who qualified in third.

The Burst Esport driver reacted to the start better than Csincsik, before passing Stefanko for the race lead a lap later, going around the outside of Turn 1 and inside of Turns 2 and 3.

Stefanko fell to fourth place as those with the softer rubber were able to easily overtake him, and a subsequent disconnection meant he didn’t complete the sprint race and scored no points.

The internet trouble cost Stefanko dearly as he was fourth in the drivers’ championship before the races at VIR and only 15 points away from the top.

Csincsik was the highest hard-tyre finisher but he fell to eighth place, with Jiri Toman and Dennis Jordan rounding out the podium places behind Simoncic.

Terzic worked his way up to 12th and was on course to score six points, but then he outbraked himself into Oak Tree corner and went on into the tyre barrier, which gave him significant suspension damage.

As such, Terzic was the lowest placed finisher in 20th and bagged no points. 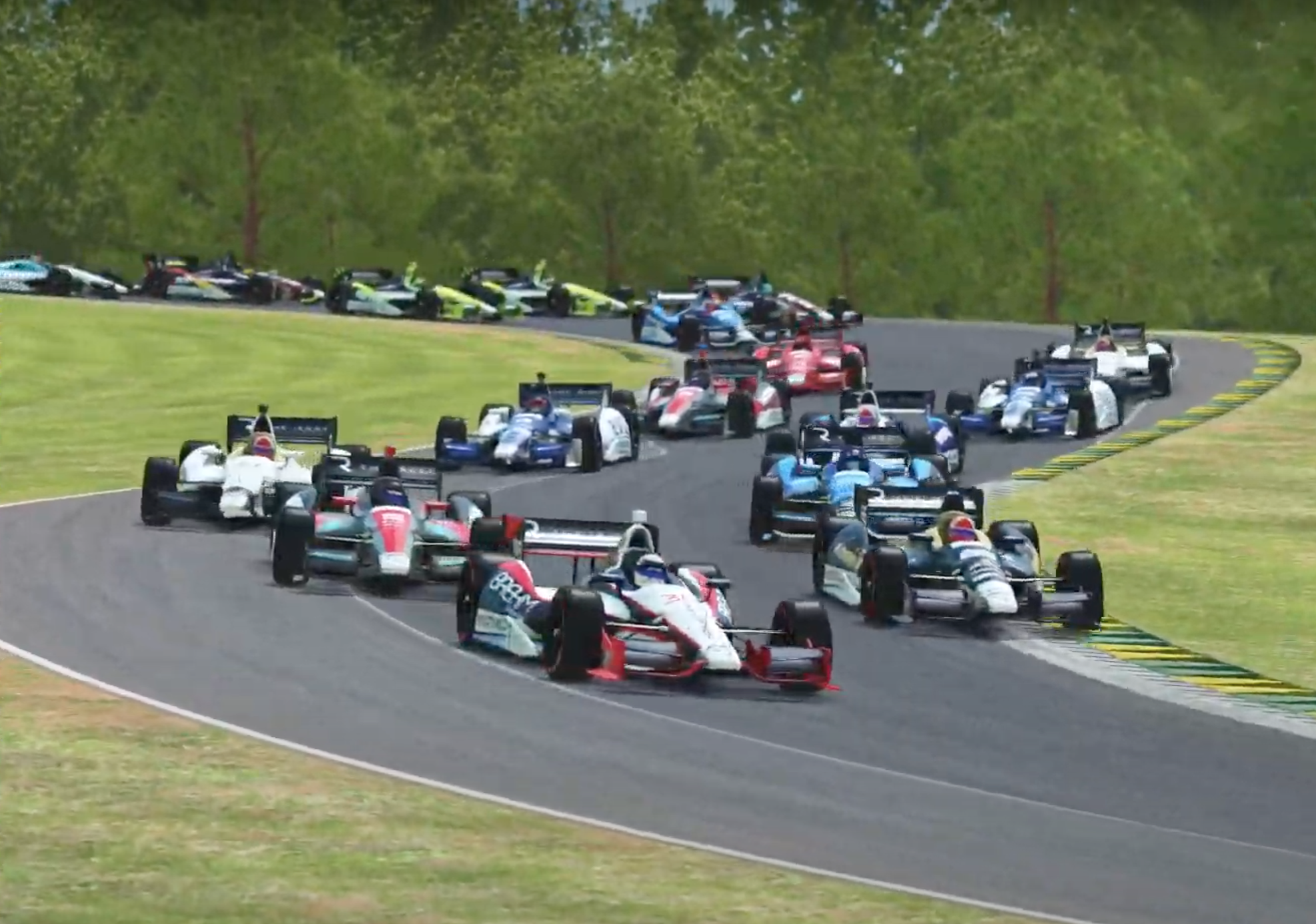 For the feature race, the top-10 finishers from the sprint race were reversed to make the starting grid for the longer race.

That put Csincsik into third place on the grid and he started on his second set of mandatory harder compound tyres.

Burst Simplexity Esport drivers Simoncic and Michi Hoyer pitted three times, starting and ending the race on very short hard-tyre stints and running the softer tyres for much longer stints in the middle.

An extra pitstop meant both drivers ran in free air more than they otherwise would’ve done, with Simoncic holding the temporary lead of the race for significant stretches.

A short final stop saw him drop from first to second place, beating championship rival Stefanko by a second.

Csincsik ahead became the sixth different race winner in the IndyPRO series.

While Stefanko limited the amount of points Simoncic outscored him by, even despite starting the feature race in 21st, many of the other championship frontrunners fared poorly.

Hoyer didn’t see the chequered flag as he spun on entry to Oak Tree corner and went into the tyre barrier rear first, losing his rear wing and a wheel. 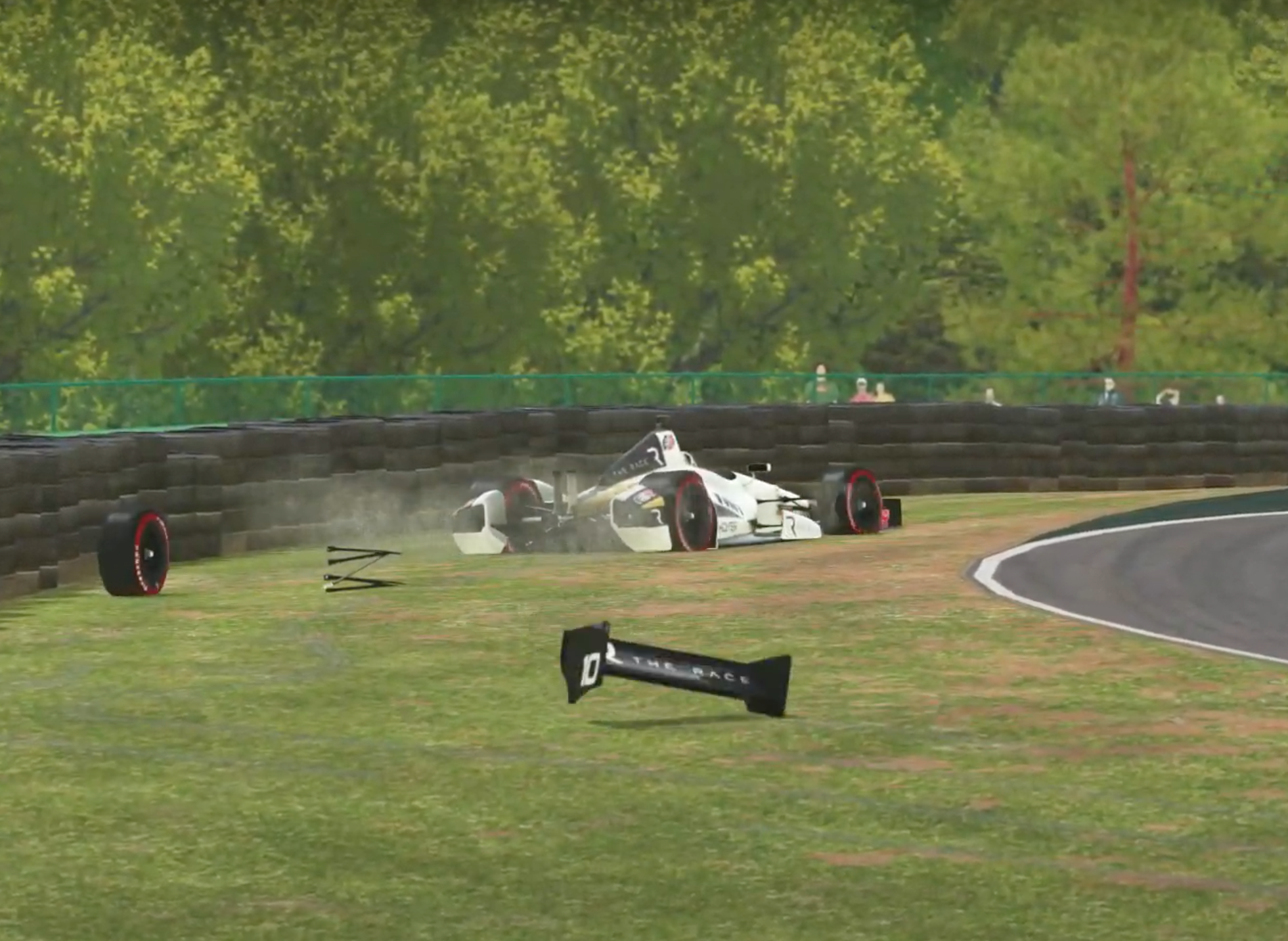 The spin caught out Terzic and Alex Siebel, who entered the fourth round of the season second and third in the championship respectively, and took off their front wings.

In the drivers’ championship Siebel is now second in the standings but 30 points behind Simoncic.

The final two rounds of the campaign will be held on ovals. Apple Valley Speedway hosts the two races on November 1, before the double-points Indy300 rounds out the season a week later. 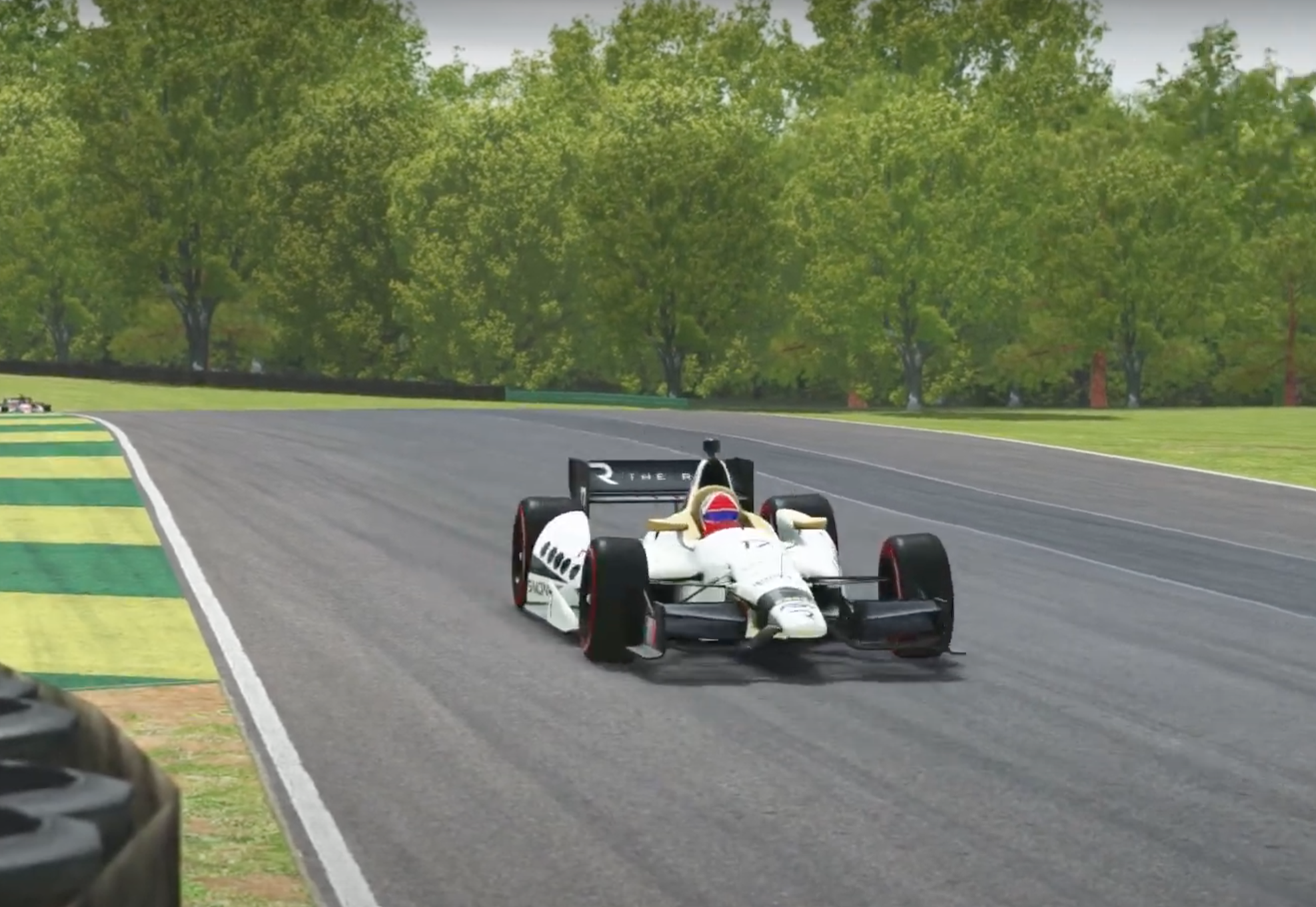