May 23 2020
By Nathan Quinn
No Comments
Share this article

Rudy van Buren and Kuba Brzezinski took the Sim Masters race wins around the Indianapolis road course in The Race All-Star Series powered by ROKiT Phones, but Bono Huis will lead the standings into the season finale.

Van Buren led the opening race from lights to flag as he took pole position ahead of Jernej Simoncic in second and Huis in third.

On the start of the second lap though, Huis passed Simoncic for second place on the inside of Turn 1 to complete an eventual Dutch 1-2.

F1 Esports regular Lucas Blakeley was a surprise frontrunner having started fourth on the grid, albeit lost the position off the line to Wisniewski.

Blakely was later overtaken by Alex Siebel and Kamil Pawlowski to drop to a low of seventh, but on the run to the finish line on the final lap he got back in front of Pawlowski for sixth.

The qualifying session before the first race saw a number of drivers slow down on the end of their qualifying lap in a bid to start at the front of the field for the reversed-grid race.

Michael Romanidis mastered the strategy as he started from pole position for the second race, with Brzezinski in second place. Brzezinski then swiftly moved into first as he got the better launch off the line. 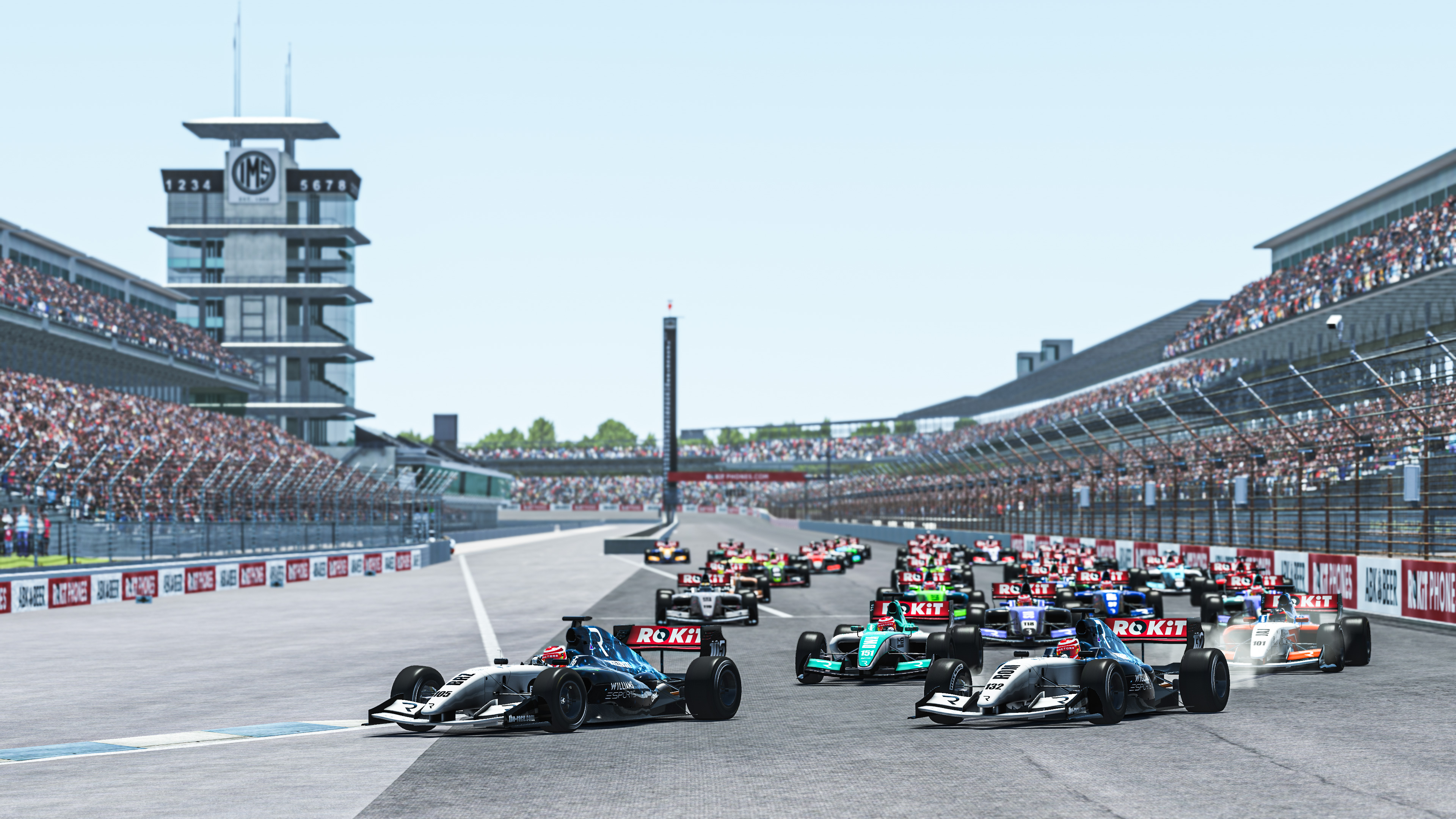 Liam de Waal overtook Romanidis for second place around Turn 4, but a few laps later Romanidis took the position back using slipstream on the run to the first corner.

The race thus ended with a Williams 1-2 of sorts, as Williams Esports driver Brzezinski claimed the win and Romanidis – who represents the Grove-based team in F1 Esports – scured the runner-up spot.

De Waal completed the podium, ahead of Yuri Kasdorp – who had started in seventh – and Zbigniew Siara.

A number of drivers who tried to priortise the reversed-grid race weren’t able to fully capitalise from it.

Jajovski started in fourth but lost control of the rear of his car just before coming onto the banking on the second lap, meaning he skidded into the barrier, rolled and retired from the race.

Kevin Siggy, who entered the fourth round of the Sim Masters championship in second place largely due to his reverse grid exploits, wasn’t able to replicate that success at Indianapolis.

He qualified, once the grids were reversed, in eighth place but fell down to be outside of the top 10 before the end of the first lap.

With only one round in the Sim Masters’ championship left to run, Huis still leads the drivers’ standings with 236 points, five more than Brzezinski in second.

Simoncic is third in the standings and 23 points behind Huis, while Van Buren’s race win moved him up from seventh to fourth.