Mitchell deJong, who is second in the championship, was fifth in qualifying, with the next nearest title rival Sebastian Job down in 12th. 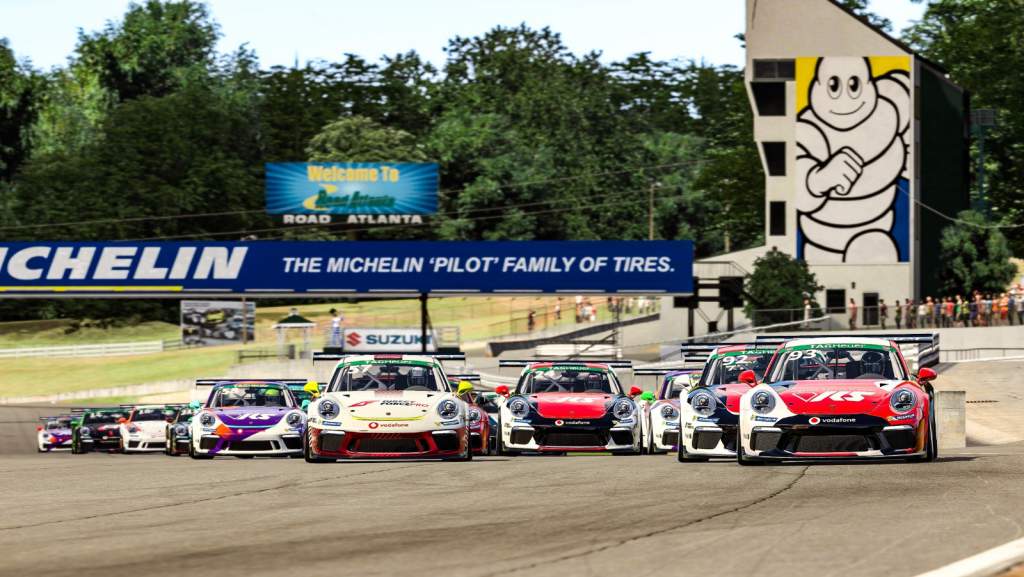 Before the end of the first lap Rogers had already made his way past Collins and taken the lead of the race, and he went on to take his fourth victory so far this season.

Dayne Warren was the other driver to overtake Collins to finish just behind his fellow countryman Rogers and be a part of the all-Coanda top five.

Kevin Ellis Jr was best of the rest in sixth, while Job and Maximilian Benecke failed to make up any positions from where they started and so ended the sprint race in 12th and 13th respectively.

The reversal of the top eight finishers in the sprint race meant Tommy Ostgaard started the double-length feature race from the head of the pack. 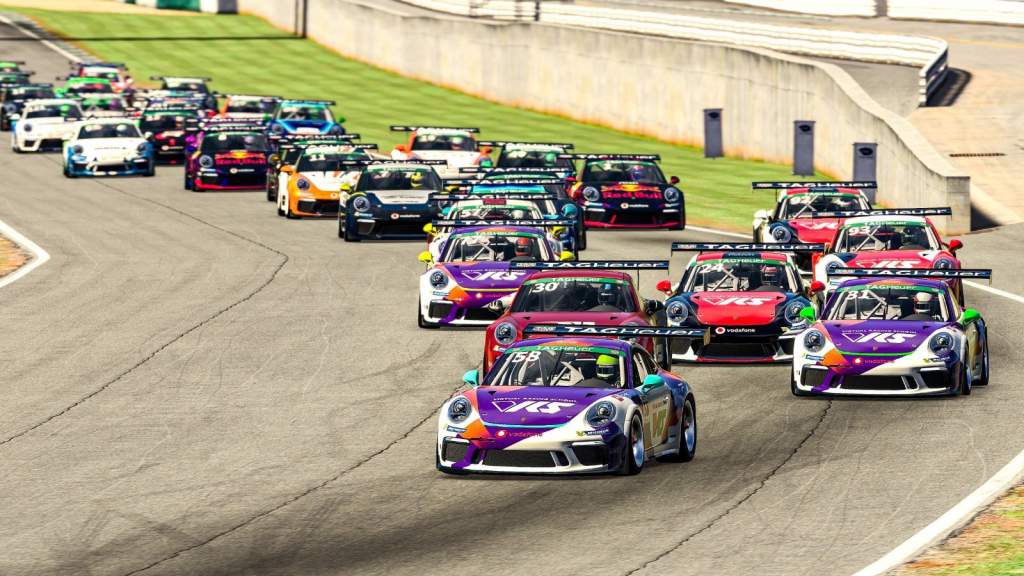 Race winner Ellis Jr worked his way up to second on the opening lap and started a battle for first with Ostgaard that lasted for most of the race, with the drivers trading places a total of five times.

With Ellis Jr in first, deJong and Rogers were able to overtake Ostgaard for the next two positions and chase after the RLL Esports driver.

On the penultimate lap deJong took first place away from Ellis Jr as he went to the inside of Turn 10A.

In a bid to keep track position and take his second win this season, deJong defended the inside line on entry to the chicane while Ellis Jr held the outside line, which became the inside on exit.

With both drivers vying for the apex at the exit, they touched – which resulted in deJong spinning and dropping to 14th.

#PESC – An opportunistic Josh Rogers seizes his moment through the final corner!

The contact also harmed Ellis Jr’s run out of the corner and gave Rogers the opportunity to pull alongside and take the inside line for the final two corners, before Ellis Jr hit the side of Rogers when turning into the final corner.

As a result the Scotsman went straight on at the final corner and hit the barrier to crash across the finish line, only dropping a position to Ostgaard.

Last year’s champion Job spun on the second lap of the race when he cut across the front of Jeff Giassi’s car just before Turn 3, dropping to 29th before recovering to 18th place at the end of the race.

A double race win for Rogers at Road Atlanta means his championship lead has been stretched to 89 points, with deJong still second in the championship despite his spin at the end of the feature race. 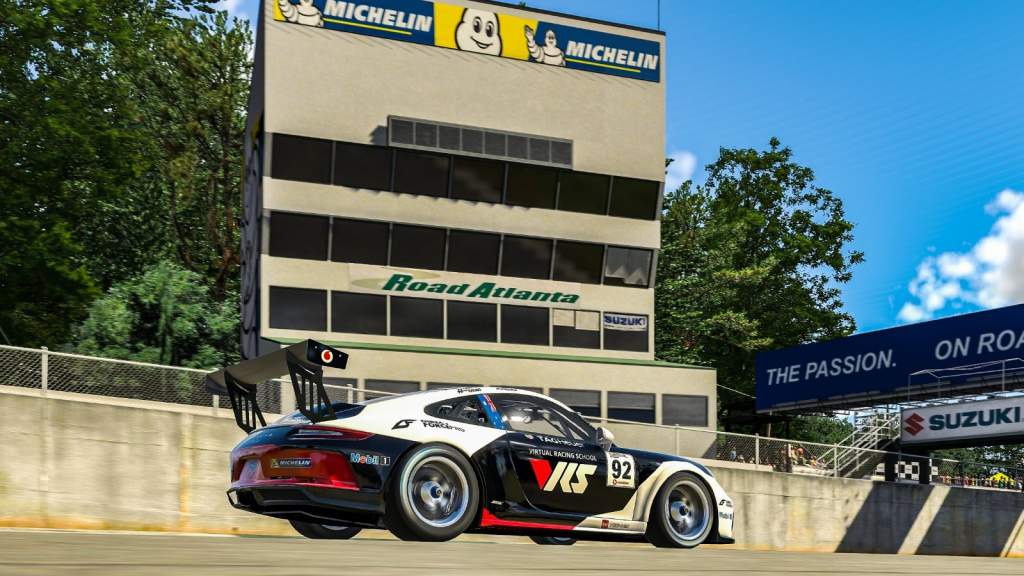 Defending champion Job has dropped from third to sixth in the standings as Collins, Ellis Jr and Dayne Warren all outscored him.

With five rounds to go, Job is trailing Rogers by 148 points, with the maximum that can be scored in a single round being 85 points.