The Coanda Simsport pairing of Ayhancan Guven and Josh Rogers took the lead in their respective championships after taking their third championship race win in the VCO ProSIM Series.

The series has attractive a number of high-profile drivers including Red Bull Formula 1 driver Max Verstappen, and in its main 40-minute race of the night fans vote on the track the driver pairings will race on in a relay, in Dallara F317 cars.

With the real-world pros given the duty of qualifying in the fifth round of the series held at Snetterton, Guven lined up third on the grid and behind championship rival Sage Karam.

However Karam didn’t load onto the grid at Snetterton and instead started the race from the pitlane, handing second place to Guven.

Phil Denes started from pole position and held onto the lead of the race until the mandatory driver-change pit stop to his team-mate Simone Maria Marceno halfway through the race. 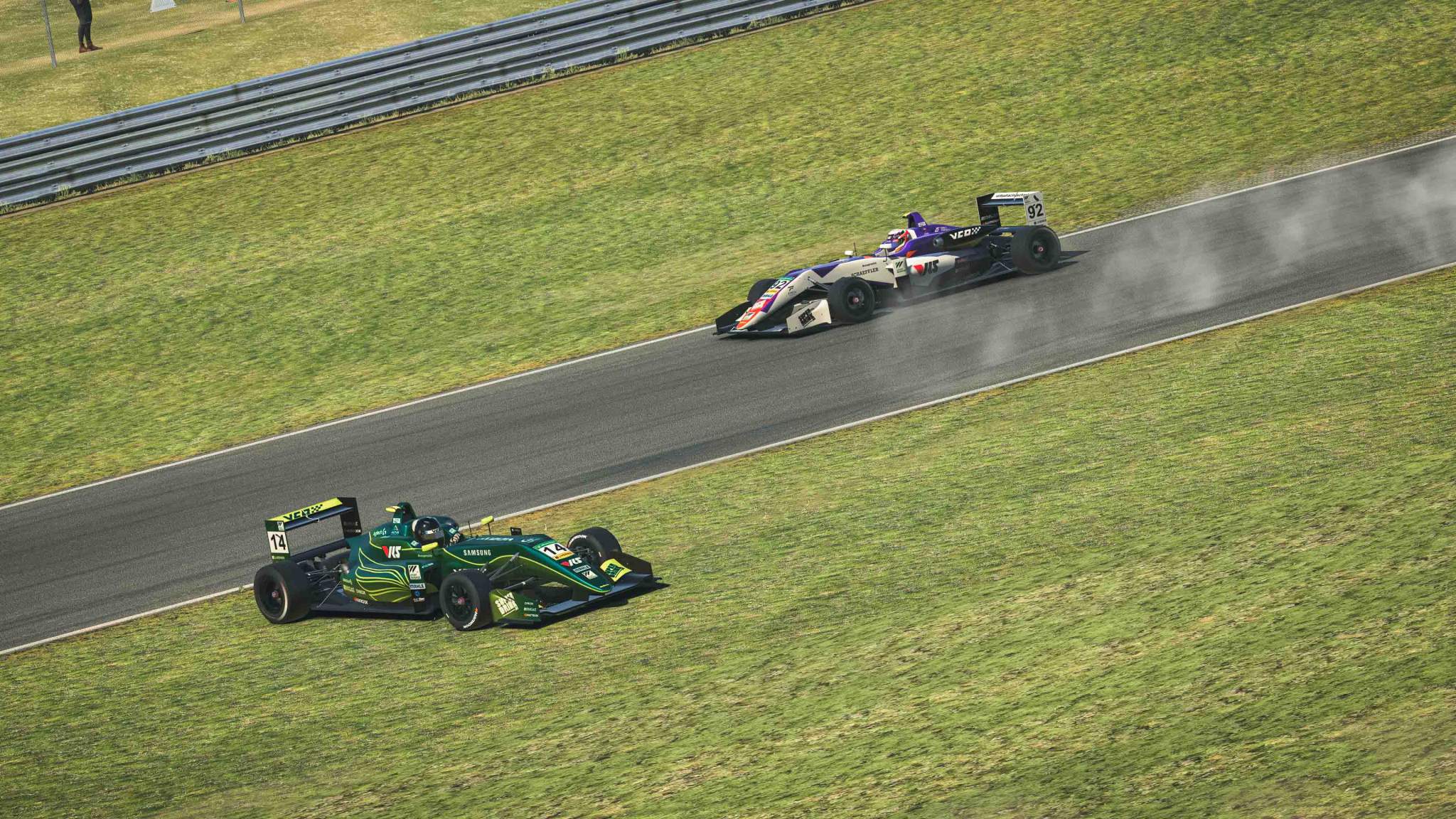 Marceno was running in first place with a margin of little over a second over Rogers until Marceno ran wide on the entry to the final corner, ran onto the grass and spun the car around.

Marceno only lost one position but that costly mistake gave the race win to Rogers, giving himself and Guven the full 35 points each as well as $1000 to split between them.

Mark your calendars for Round 6 on 10 Feb. already.#vcoesports #vcoprosim @iRacing

Guven now leads the real world drivers’ standings, while Rogers is now the top sim racer in the adjacent category. It is their third win after victories at Bathurst in round two and Interlagos in round four. Verstappen and Maximilian Benecke won round one, while Lorenzo Colombo replaced Verstappen to win with Benecke in round three.

In third place behind Marceno at the end of the Snetterton race was the reigning Porsche Esports Supercup champion Sebastian Job (below) who left the pits for his stint in seventh place. 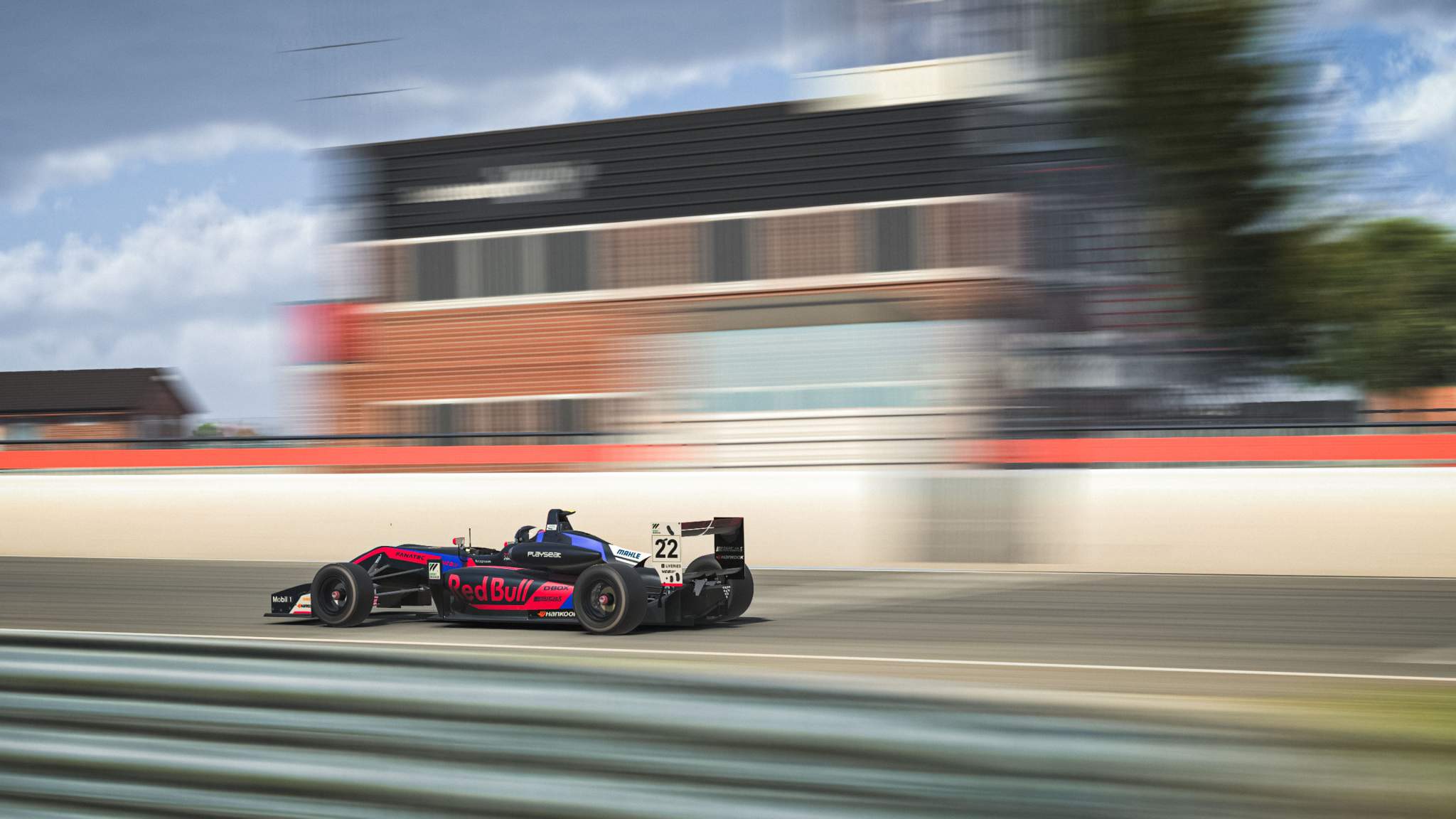 That’s an exceptional result given that his real-world team-mate for this round, Jonny Edgar, qualified in 20th.

Job’s usual team-mate, Philipp Eng, was unable to take part in this round due to his real-world racing commitments.

The podium finish for Job was helped in large part due to Benecke, who was in a net third place when the car was handed over to him, unnecessarily changing tyres and refuelling during the pits. 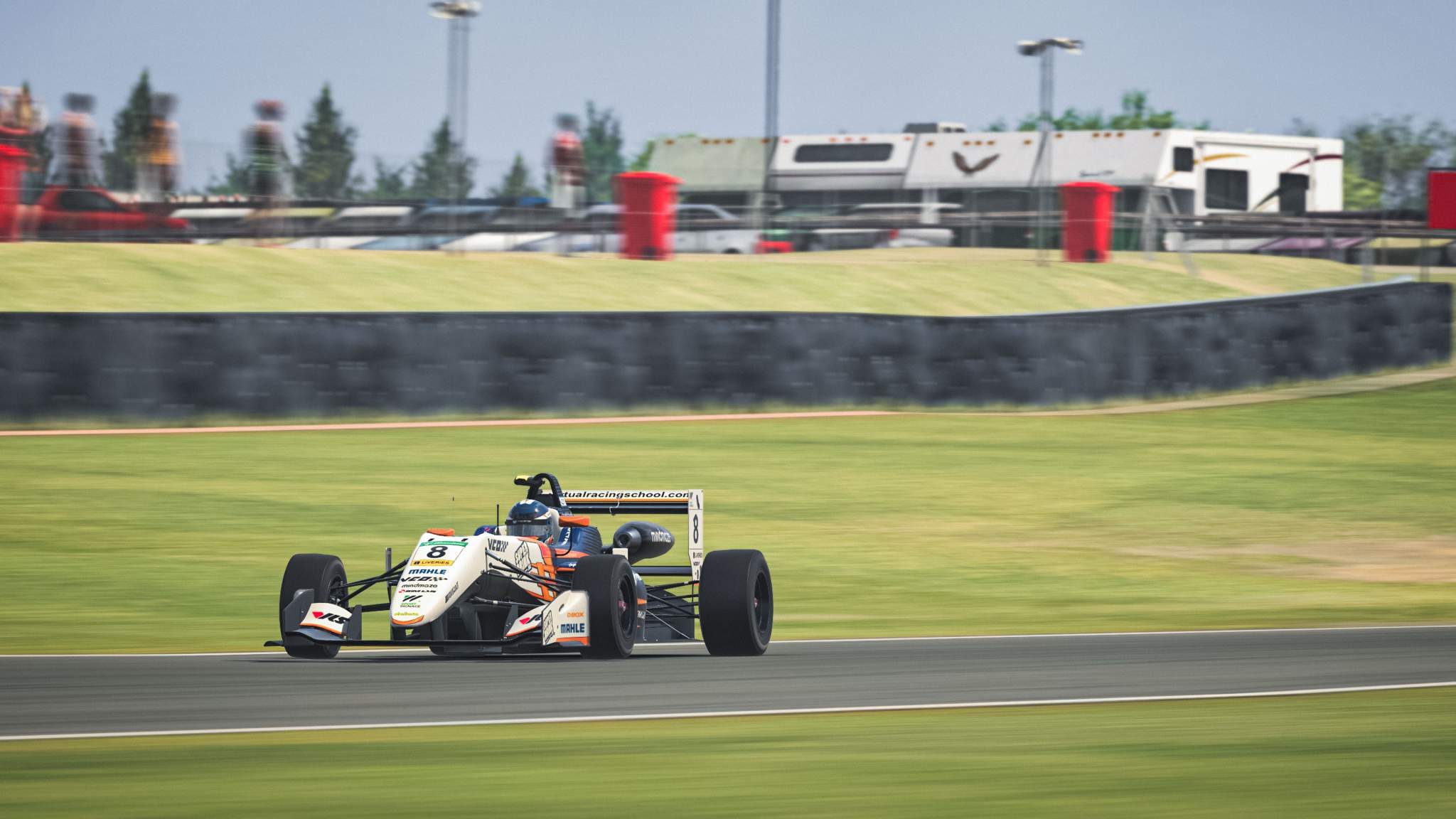 That mistake visibly cost the Team Redline driver time on track and he later ended his race early by crashing into the pit wall when entering the pits for a second time. 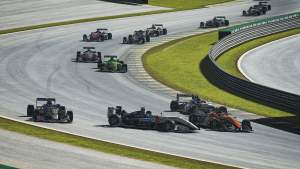 Ex-Haas Formula 1 driver Romain Grosjean (above) had his best result yet in a championship race as he and his R8G Esports team-mate Thomas Petitjean were ninth across the line.

Karam’s pitlane start cost him and his esports team-mate Mack Bakkum deerly as they ended the race in 14th, dropping down the championship orders respectively.

Laurin Heinrich and Graham Carroll, who were first in both championships before this round, ended the race in 10th after Heinrich spun on the opening lap after hitting the back of a slow moving car.

There are three rounds remaining in the series that concludes on March 31. 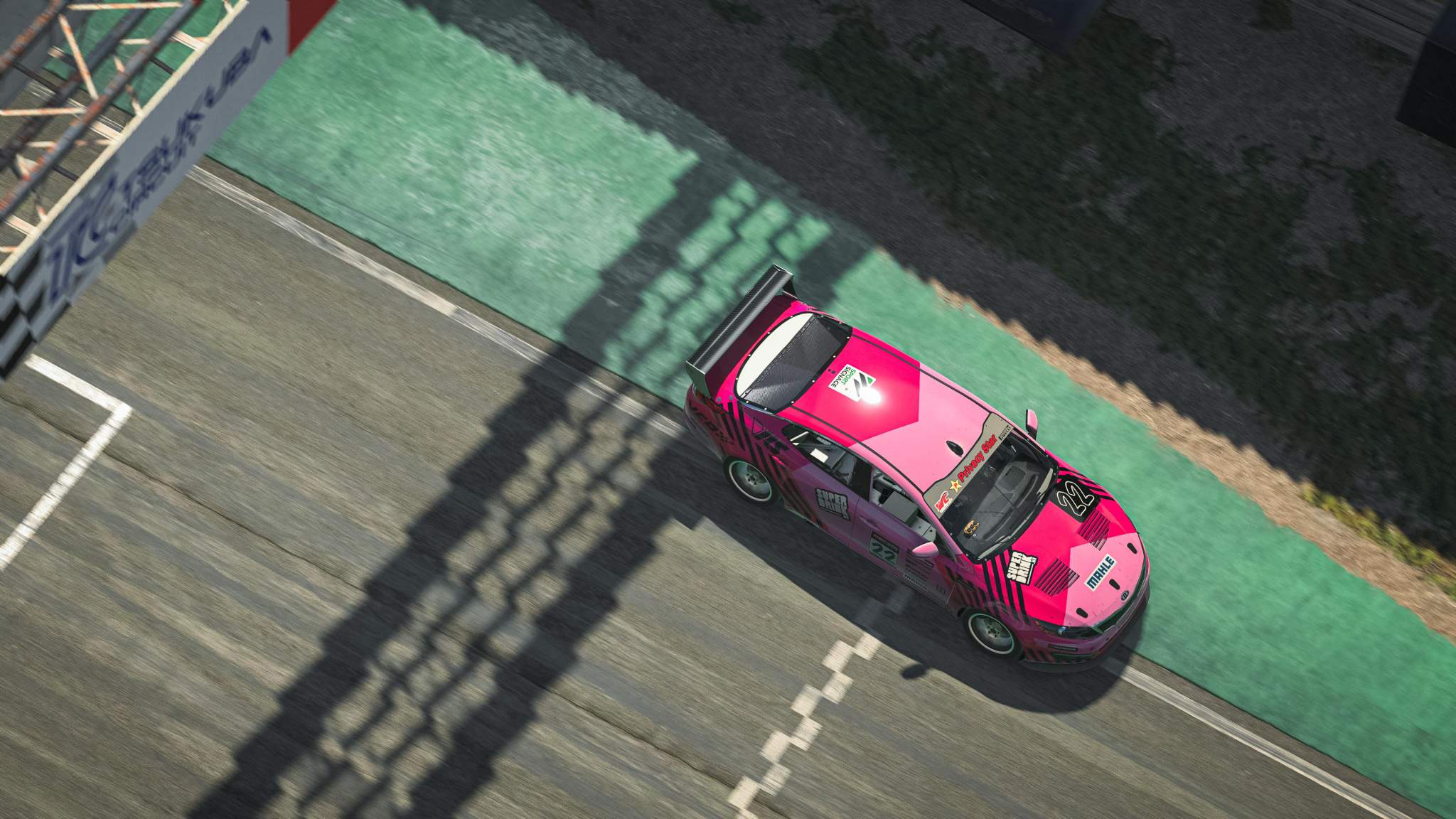 Before the night’s championship race, VCO holds a 20-minute fun race on a different track with a different car.

This time it was the esports racers who took part in the fun race with the challenge of racing each other around the Tsukuba circuit in Kia Optima GT race cars.

Josh Rogers was the fastest in qualifying with Red Bull Esports’ Graham Carroll in second ahead of Thomas Petitjean and Sebastian Job.

The tight and twisty nature of the track meant contact free overtakes were rare, although Job passed his long-time Porsche Esports Supercup rival Rogers for first place less than halfway into the race. 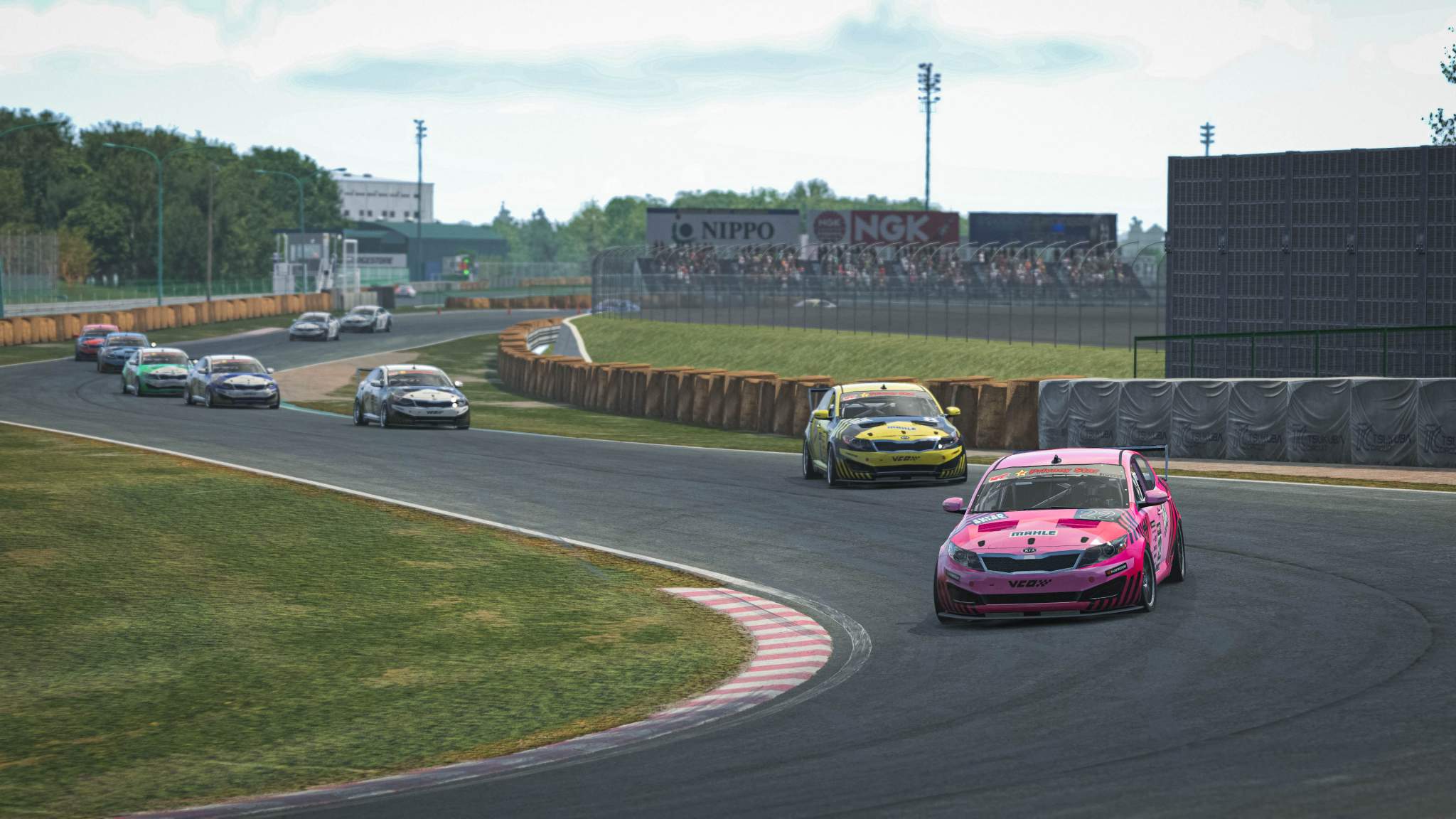 Carroll tried to follow his Red Bull team-mate Job through but side-on contact with Rogers caused Carroll to spin and drop down to 29th, before a second similar incident later in the race caused the Scottish driver to retire.

Maximilian Benecke was the only other driver to successfully pass Rogers, finishing the race in second.

Job’s victory means he’s the fifth different driver to have won a fun race with his best result before today’s being second place in the previous esport racer’s fun race. 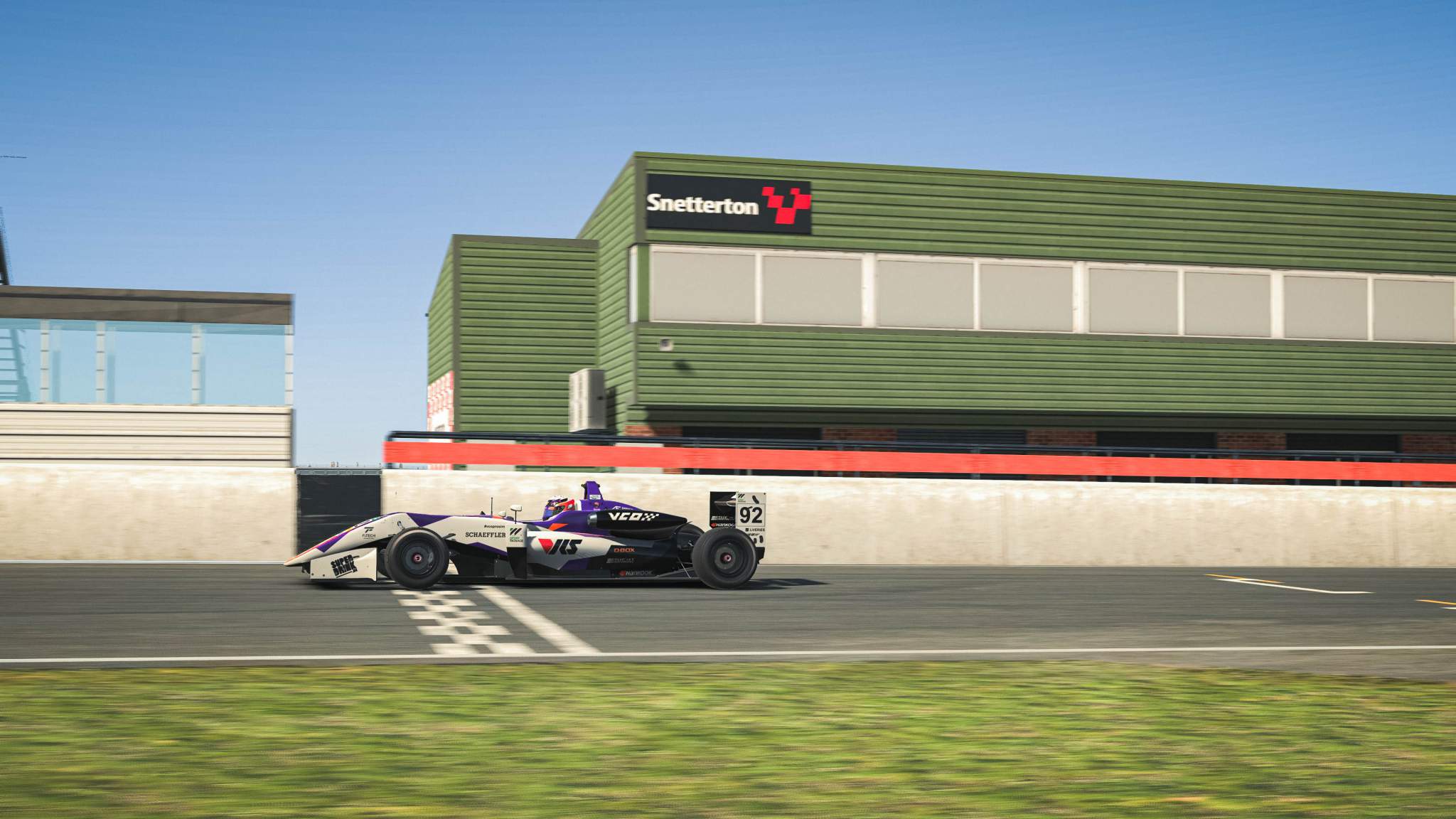