Despite finishing behind last year’s champion Sebastian Job in Saturday’s Montreal feature race, Josh Rogers still sits comfortably at the top of the championship standings in the Porsche Esports Supercup.

Zac Campbell, who previously only had one podium to his name this season, became the fifth different driver to take pole position, beating Rogers around the Canadian Grand Prix venue. 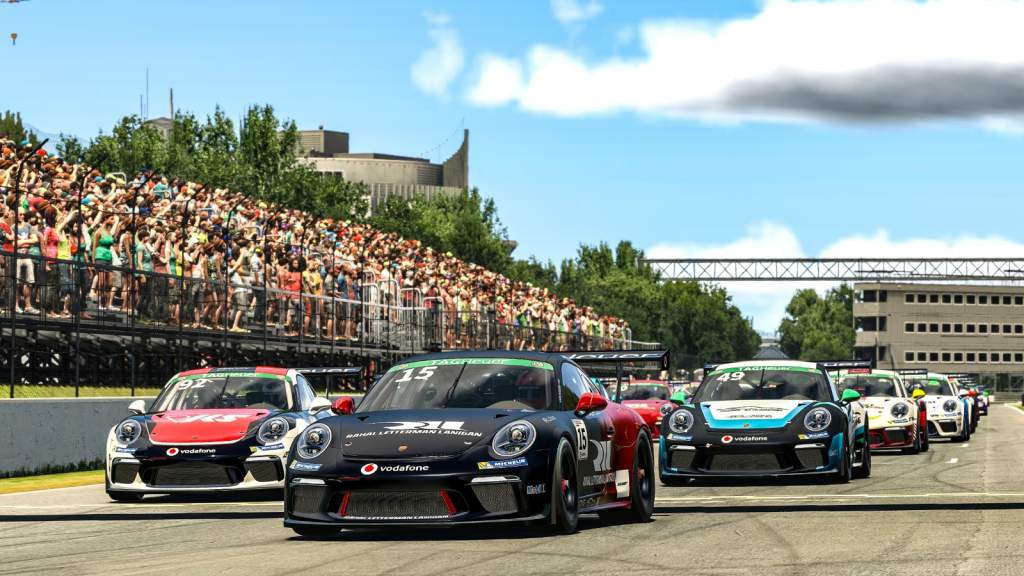 Job started the sprint race from fourth, already dropping a further four points back from Rogers after qualifying.

Jamie Fluke started in between the two previous champions but dropped behind Job at the exit of Turn 2 and then braked too late for the following chicane and was tagged from behind by Dayne Warren, meaning he spun and dropped to the back of the pack.

#PESC – Bad luck for @JamieFluke in the @iracing main race of the Porsche @TAGHeuer Esports Supercup: Starting from 3rd position, he lost a lot of ground after this incident and ended up in 28th place with his #Porsche #911GT3Cup pic.twitter.com/9Hxl3Z1opN

Both Rogers and Job passed polesitter Campbell on the second lap to take the leading positions.

In an attempt to catch up to Coanda Simsport driver Rogers on the final lap, Job attacked the kerbs at the final chicane and lifted his car onto two wheels before lightly touching the ‘Wall of Champions’.

That gave Rogers a comfortable margin of over a second as he won the sprint race, while Red Bull Esports man Job kept hold of second despite dropping back into the clutches of Campbell. 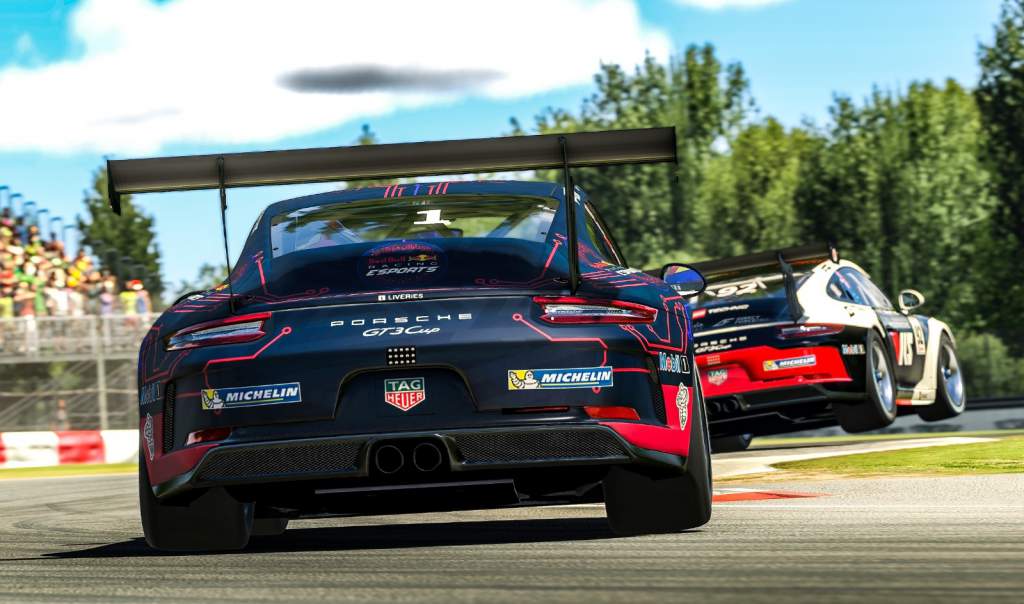 Alejandro Sanchez cleared Warren for fourth place across the line while Mitchell deJong, who is second in the championship, finished in eighth.

The reversal of the top eight finishers gave deJong pole position for the feature race and he went on to take his second win of the season despite some attempted passes by Kevin Ellis Jr over the final couple of laps. 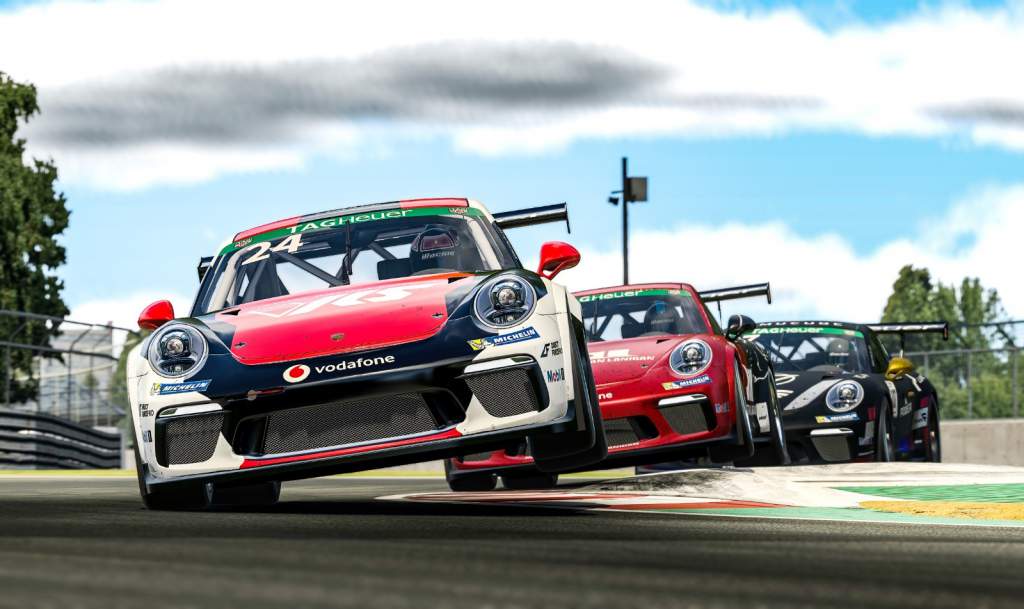 Neither of the two previous champions had a contact free second race as Job hit Warren’s car into a roll on the opening lap at the Turns 7 and 8 as they both tried to clear Sanchez, who went deep into the entry of the chicane.

For 2019 champion Rogers it was a less than ideal start as he fell to ninth place before hitting Maximilian Benecke at the Turn 10 hairpin, which dropped the Australian to 12th.

Graham Carroll gained several places at the start to be ahead of Red Bull team-mate Job, a position which he used to Job’s advantage as Carroll tactically slowed down Sanchez to let Job pass the Spaniard for sixth place.

Rogers caught up to the back of Job in the final few laps and took advantage of a mistake by the 2020 champion to take sixth place away from him, before Job reclaimed the position later in the lap.

With Job completing the race in sixth and Rogers seventh, there was only a three point swing in favour of Job.

However the better performance in qualifying as well as the sprint race victory means Rogers still extended his points advantage over Job by four.

Fellow Coanda driver deJong outscored Rogers, largely down to his feature race win, but is still trailing him by 87 points with a maximum of 85 available from a single round.

There are only four rounds of the championship left to go before the $200,000 prize pot gets distributed, with the next race taking place at Spa-Francorchamps where Job won both races last year.