Reigning champion Josh Rogers trimmed rival Sebastian Job’s lead in Porsche Esports Supercup in the Road Atlanta round that marks the halfway point in the championship.

Alejandro Sanchez asserted his championship challenge as he won the sprint race, making it two wins in two races for Sanchez following his win in the main race at Silverstone.

Rogers maintained his 100% record of fastest laps in qualifying, but the reversal of the top eight put fellow Aussie Joshua Anderson on pole for the sprint race.

Sanchez started in third place but was able to overtake Martin Kronke for second on the opening lap. 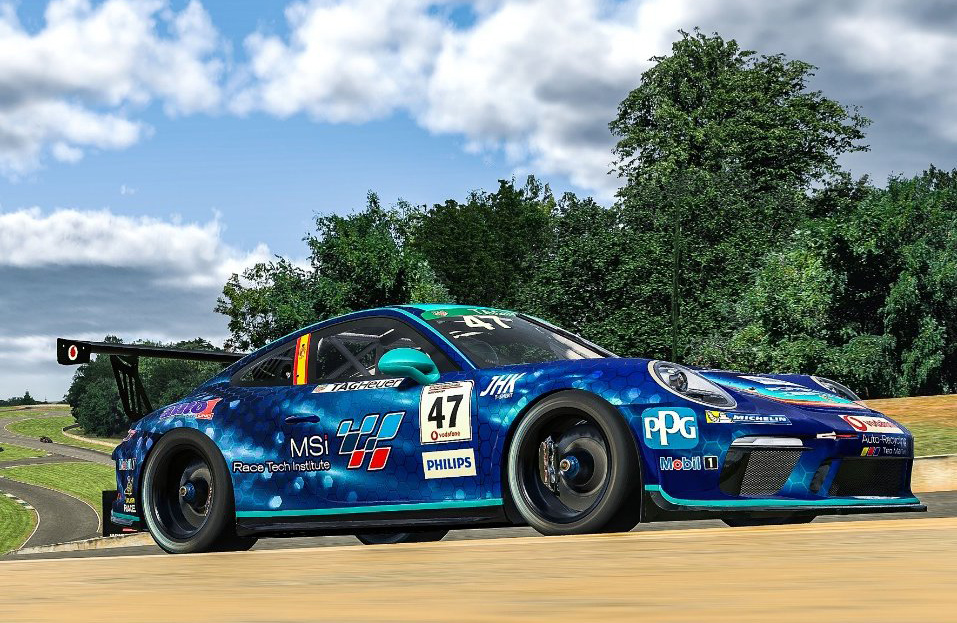 It was on the penultimate lap when Sanchez made the inevitable overtake on Anderson on the run between Turns 9 and 10A.

Job and Rogers cut their way through the pack to finish the sprint race in third and fourth.

Maximilian Benecke, who entered the round second in the championship, had a miserable qualifying performance as he started the sprint race in 28th.

He gained 12 places during the 15 minute race to finish in 16th but still far behind the other title challengers.

Sanchez’s victory in the sprint race gave him pole position for the 30 minute main race.

Job and Rogers started on the second row of the grid but quickly passed Anderson to fight for first place with Sanchez.

Red Bull driver Job ran side by side with Sanchez for several corners before getting the move made, with the relentless battling between them allowing Rogers to catch back up.

A switchback move made by Rogers at the exit of Turn 10B gave him the momentum needed to overtake Sanchez.

A pass that started at the end of one lap and ended just before the Esses on the next lap then put Rogers ahead of Job for what was his first victory of the season. 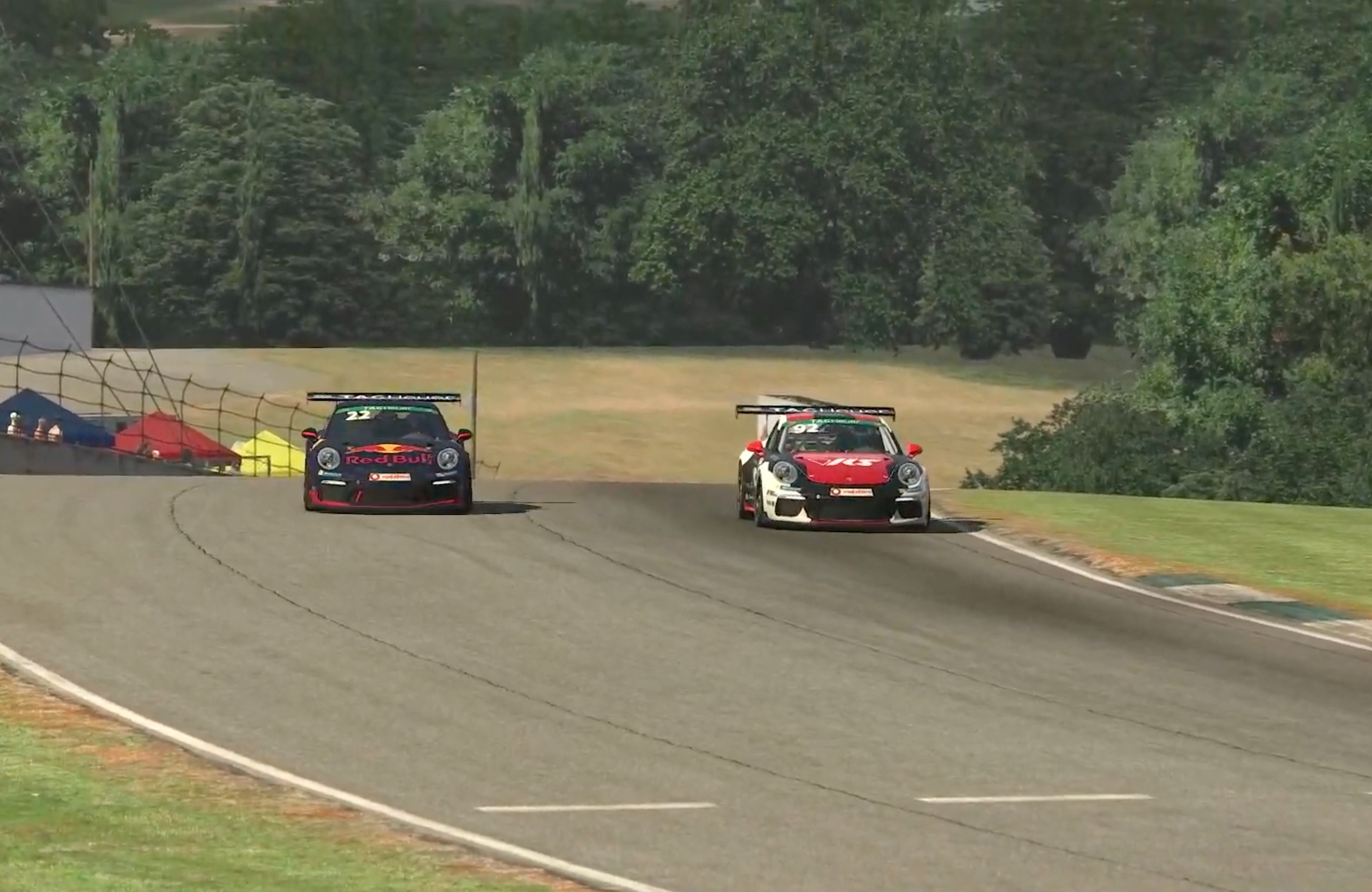 The top two pulled out a five second lead over Sanchez in third, who was just able to maintain track position ahead of Dayne Warren despite repeated overtaking attempts at the end of the race.

Warren therefore crossed the finish line in fourth, although not without incident as halfway into the race he went into the back of Anderson’s car, lifting up the rear of it and sending it straight on and off the track.

Anderson continued but with an end result of 19th.

Benecke’s recovery from his poor qualifying continued as he finished sixth in the main race, gaining a total of 22 positions over the course of both races.

Despite the German’s phenomenal charge up the order, his lack of points scored put him fourth in the championship as both Sanchez and Rogers outscored him.

Job still leads the championship, but with Rogers now in second and trailing him by only 18 points.

The next round is on August 15 with a pair of races at Brands Hatch. 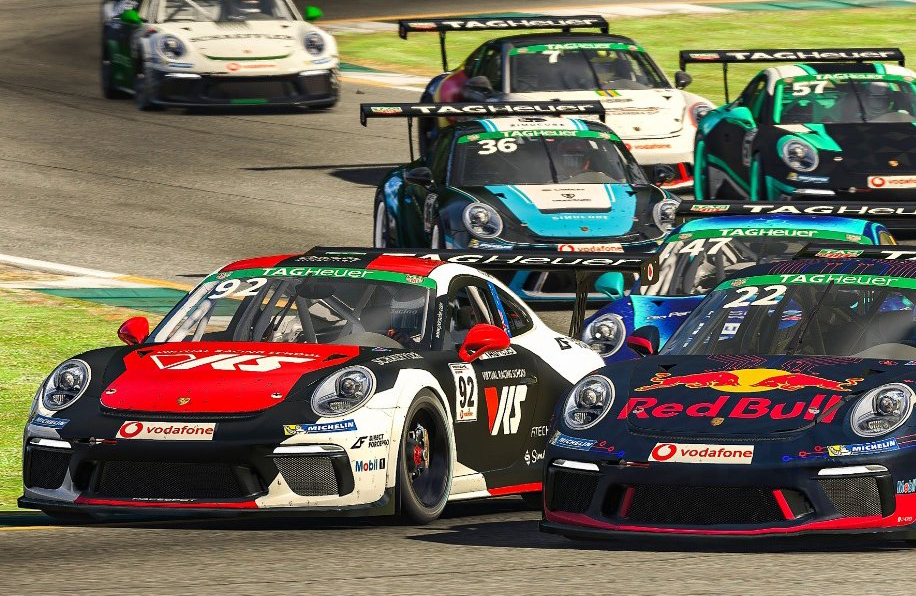 In the first round of BMW’s SIM GT Cup on iRacing, Team Redline scored a 1-2 at Daytona with Gianni Vecchio and Jonas Wallmeier narrowly beating the real-life driver pairing of Max Verstappen and Dani Juncadella.

Formula E launches new Accelerate esports championship, with a €100k prize fund and real-world test on offer, and a promise of a closer-to-real experience than its 2020 series