Red Bull Esports’ Sebastian Job wins the 2020 Porsche Esports Supercup in the final round of the championship after significantly outscoring his championship rival Josh Rogers.

Heading into the two races at Monza, Job had a 71-point championship lead with a maximum of 85 points up for grabs.

Defending champion Rogers reduced his deficit by two points after qualifying as he took his eighth pole position in 10 races, with Job second-fastest.

The reversal of the top-eight qualifiers for the sprint race meant Job had track position on the Australian until the start of the second lap when Rogers went up the inside of Job into the Rettifilo chicane for seventh.

But disaster struck Rogers a few minutes later when the concertina effect meant he got caught up in a collision started by two cars ahead of him.

At the exit of the della Roggia chicane, Dayne Warren tagged the back of Mack Bakkum’s car, which caused Bakkum to spin and then roll over. 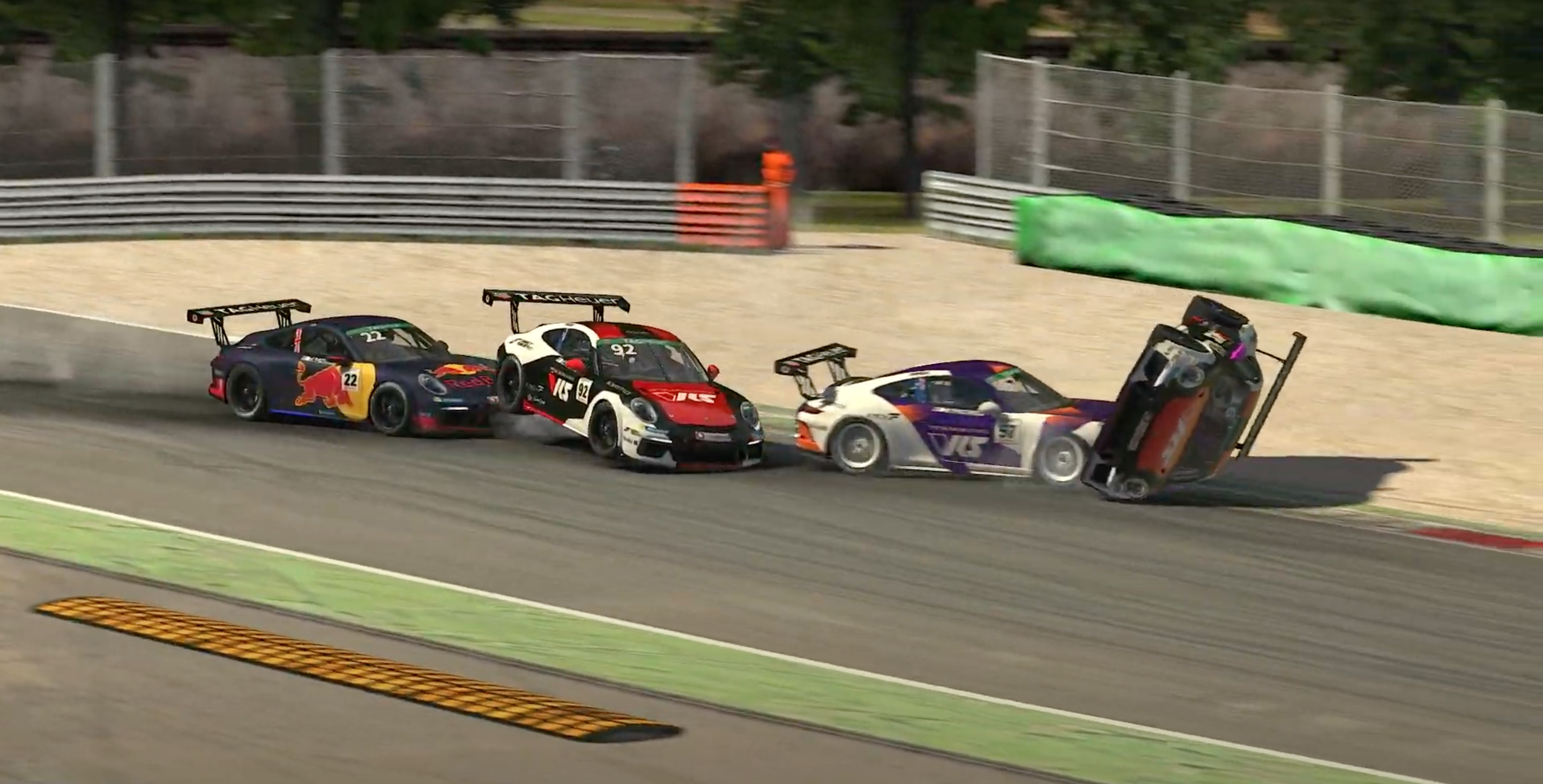 Rogers slowed to avoid hitting Warren, but Job was unable to react in time and hit Rogers into a spin.

The British driver fell to 11th after the crash, far ahead of Rogers, who dropped to near the back of the field.

Job recovered and quickly fought his way back through the field to cross the line in fifth, the last overtake coming courtesy of side-on contact between Tommy Ostgaard and Alejandro Sanchez.

Those two were in the fight for third at the della Roggia chicane but a poor exit by Sanchez dropped him to fifth place and just ahead of Job, before the Red Bull driver overtook him for fifth at the start of the final lap.

Graham Carroll took his second race win of the season, having got ahead of Jamie Fluke at the Rettifilo chicane to ensure Red Bull grabbed a race win and the championship at the same race. 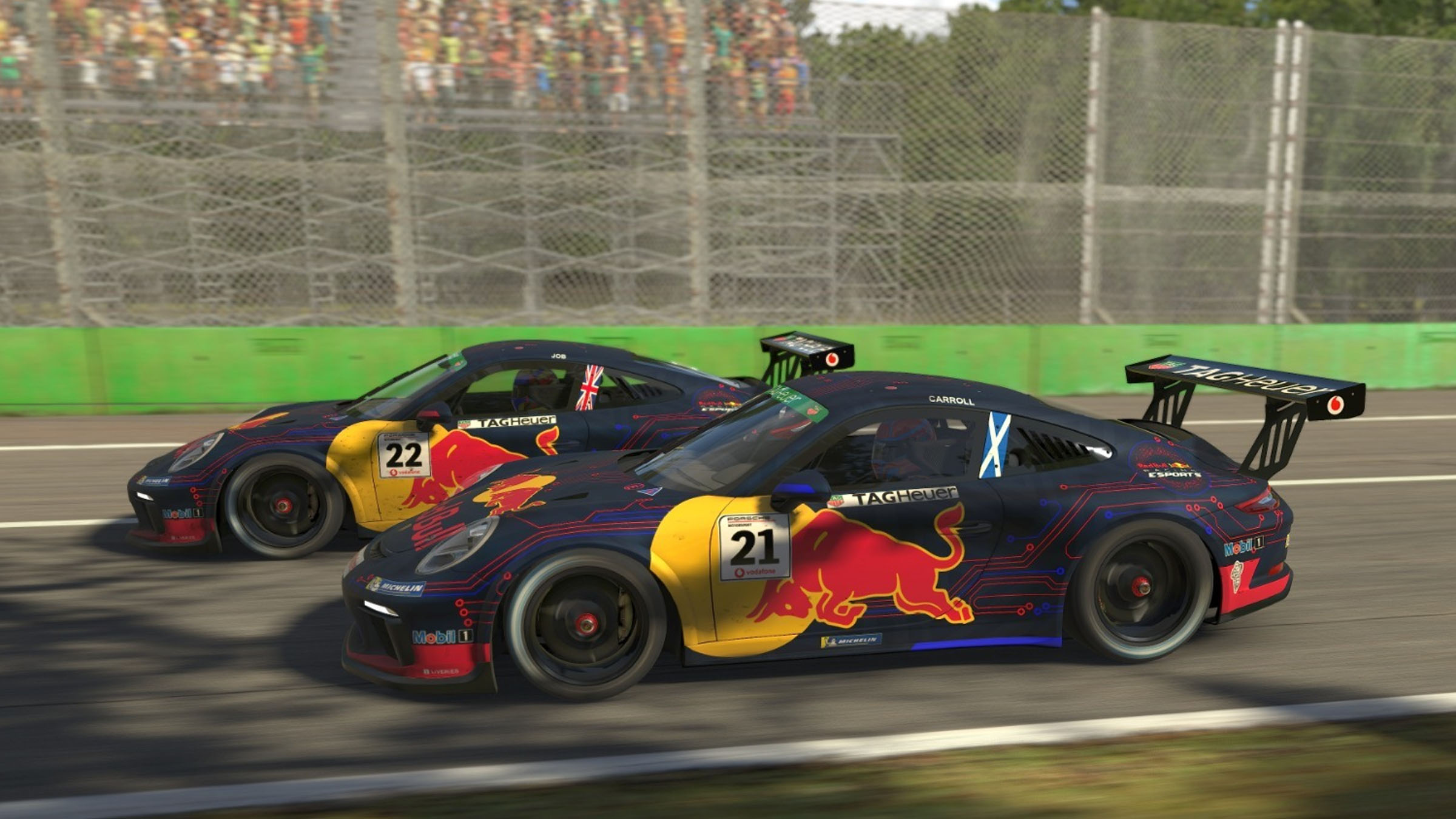 Rogers finished in 24th after sustaining significant damage in the earlier crash, the result ruling him out of championship contention.

In the 30-minute long feature race, Carroll took his second race win in a row after a long battle with Ostgaard, in which the two kept trading the lead.

Ultimately the race win was decided when Ostgaard, in first place, locked his rear wheels under braking for the first chicane and cut the corner.

He had to slow down and give up the time he gained, putting himself behind Carroll and Job.

It was therefore a Red Bull 1-2 with Carroll leading Job and then three Coanda Simsport drivers – Ostgaard, Mitchell DeJong and Rogers – completing the top five.

Rogers’ performance in the feature race was exceptional as he quietly fought his way up through the field, avoiding the many crashes ahead of him.

His top-five result is made even more impressive given that not only did he start in 24th but he spun on the opening lap when braking for the della Roggia chicane. 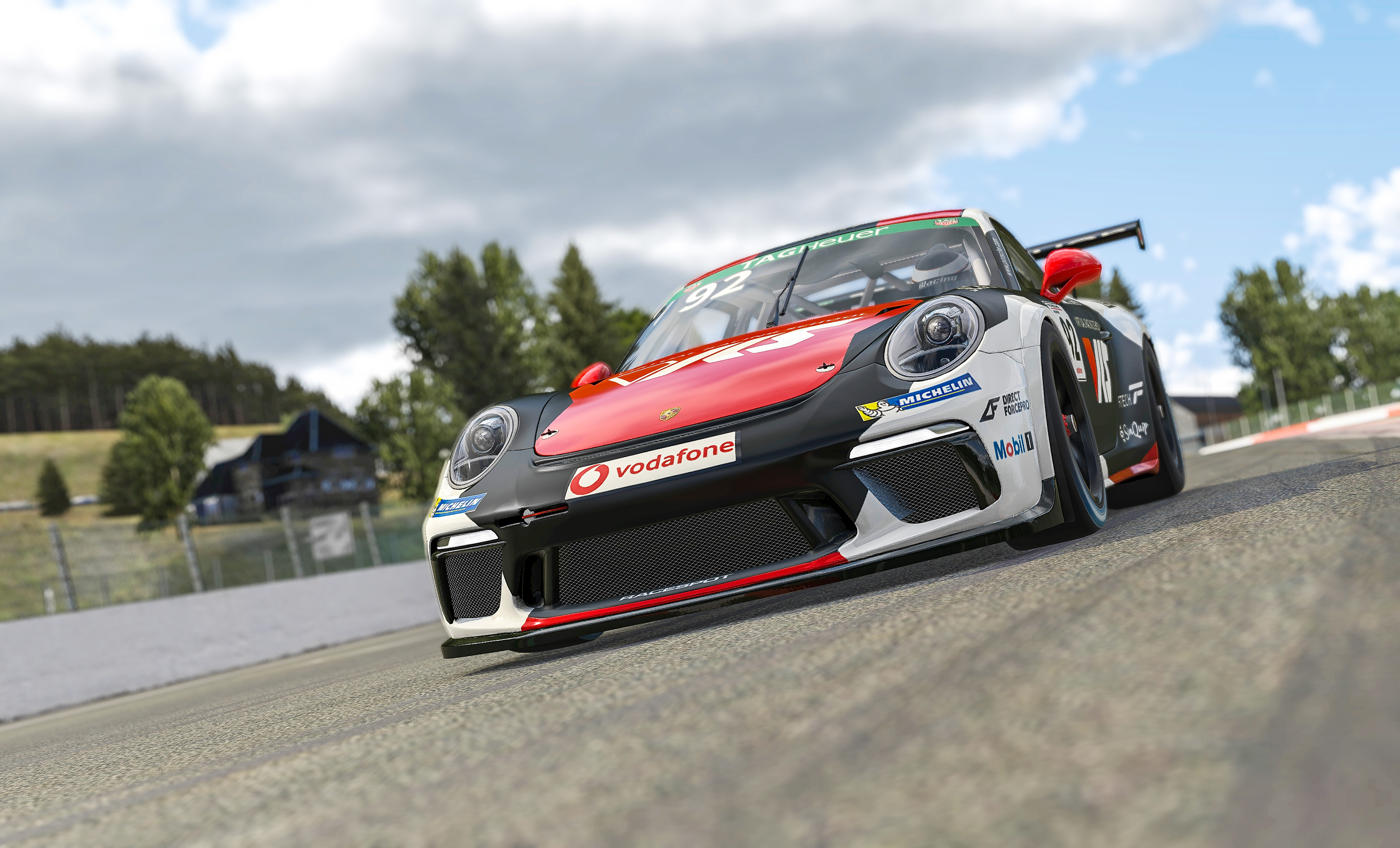 Job ends the 2020 Porsche Esports Supercup with 659 points versus Rogers’ 563, which were still enough for the latter to claim the runner-up spot.

The top 20 in the championship automatically qualify for a place in the 2021 Porsche Esports Supercup, scheduled to start on January 9. 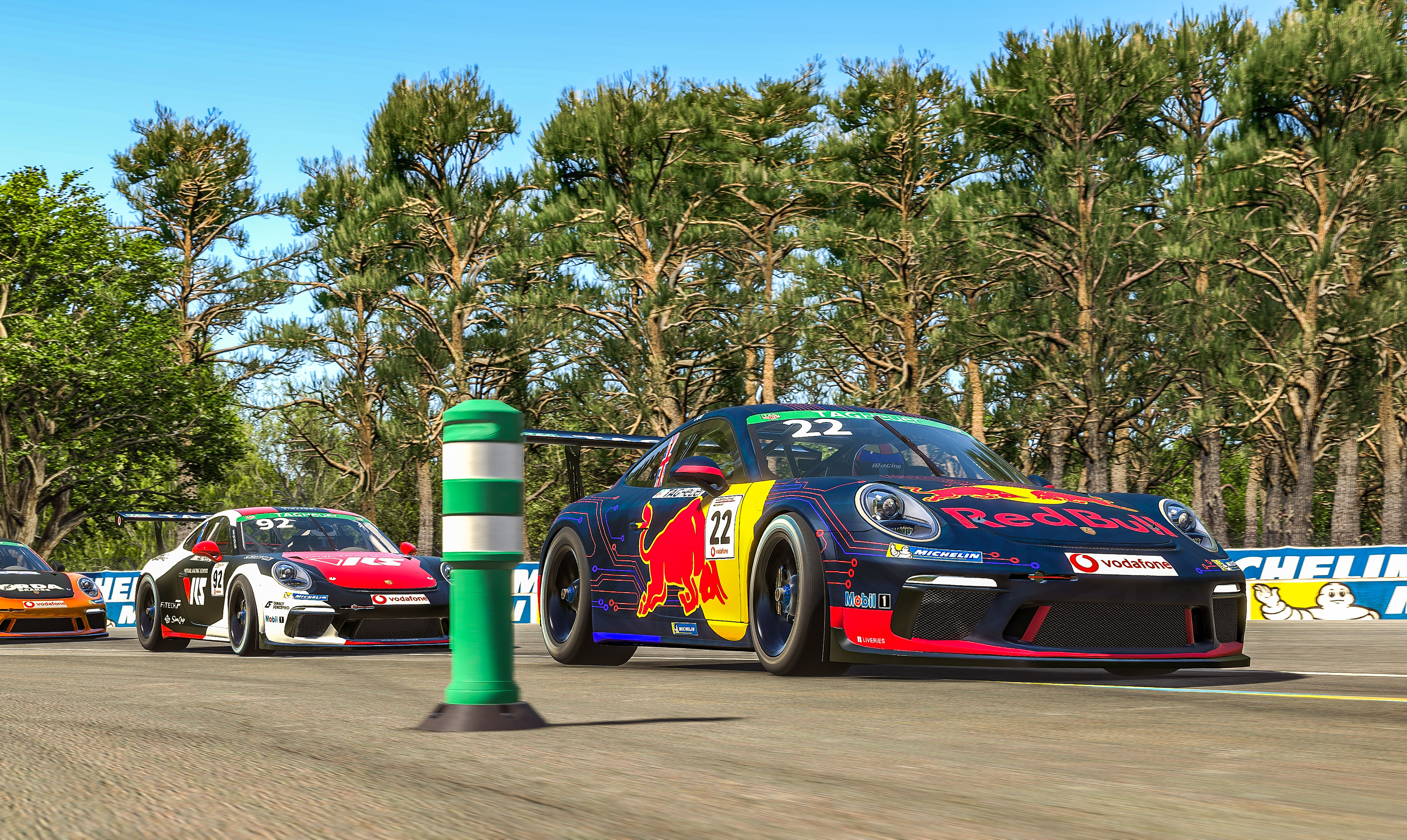