Romain Grosjean’s R8G esports team won both races at the Virginia International Raceway despite a last-lap crash between two of the teams’ drivers in the feature race.

For the earlier sprint race, R8G esports secured the top three starting positions with Risto Kappet taking pole position by nine-thousandths of a second over season one champion Erhan Jajovski.

Yuri Kasdorp started the sprint race in third and just ahead of Williams Esports’ Nikodem Wisniewski.

Kappet held onto first place for two-thirds of the 15-minute long race before being overtaken by his teammate Jajovski on the long run to the Turn 14 chicane.

Jajovski led an R8G esports 1-2 but contact between Wisniewski and Kasdorp on the opening lap prevented a podium lockout for the team. 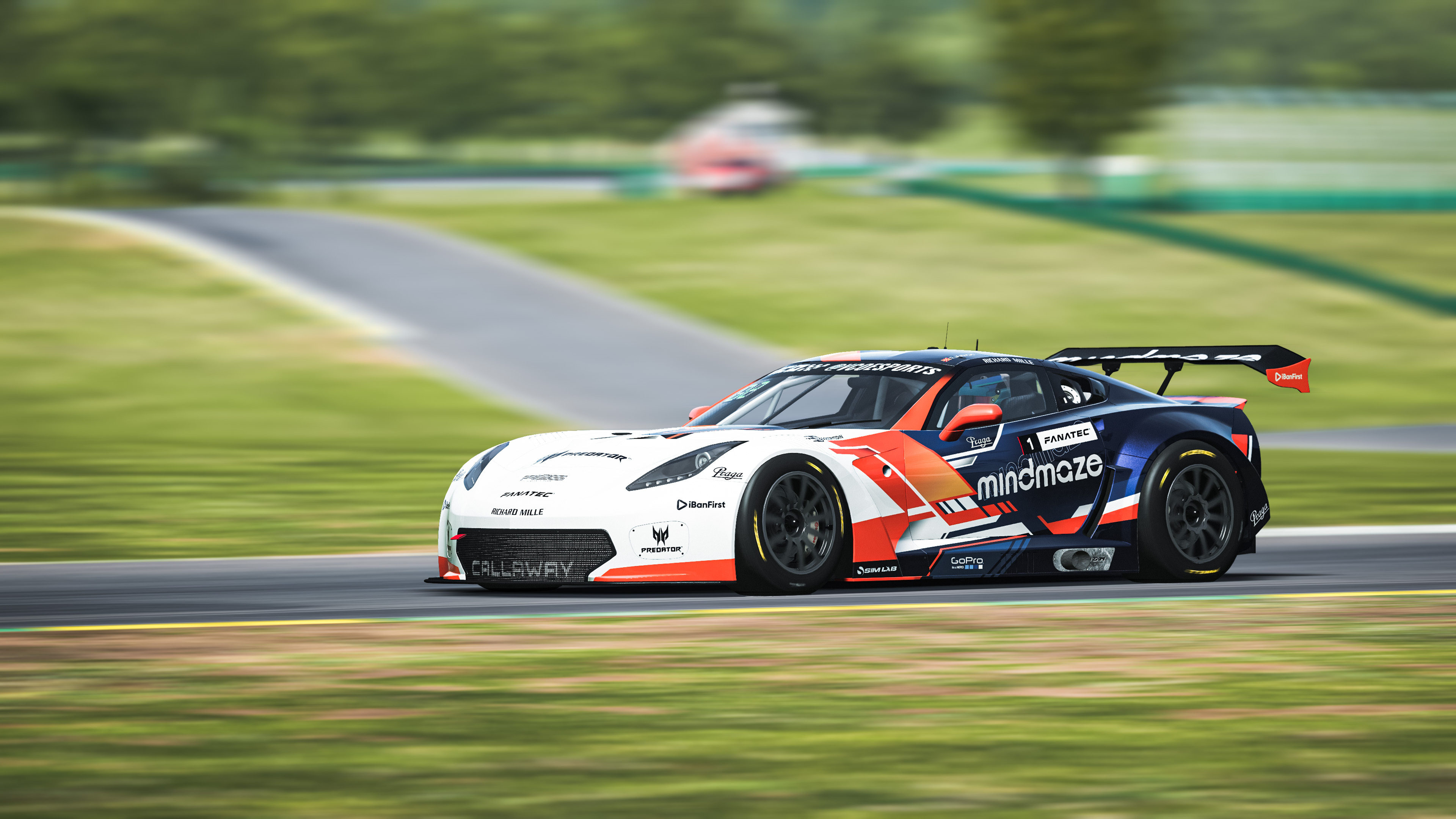 Wisniewski went for an overtake on Kasdorp on the outside of Turn 14, on entry though Kasdorp turned into Wisniewski which sent the Williams Esports’ driver spinning around and rolling down the track to his Kasdorp with the rear of his car.

The Polish driver fell to the back of the field, ending the race in 27th and as the final finisher.

Kasdorp dropped to 12th place but an overtake on Ferris Stabley and then a mistake by Lorenzo Arisi who broke too late into the first corner, meant Kasdorp ended the race in 10th.

With Hany Alsabti ending the sprint race in ninth, it meant R8G esports had two cars on the front row for the feature race as the top 10 finishers from the sprint race are reversed for the second event. 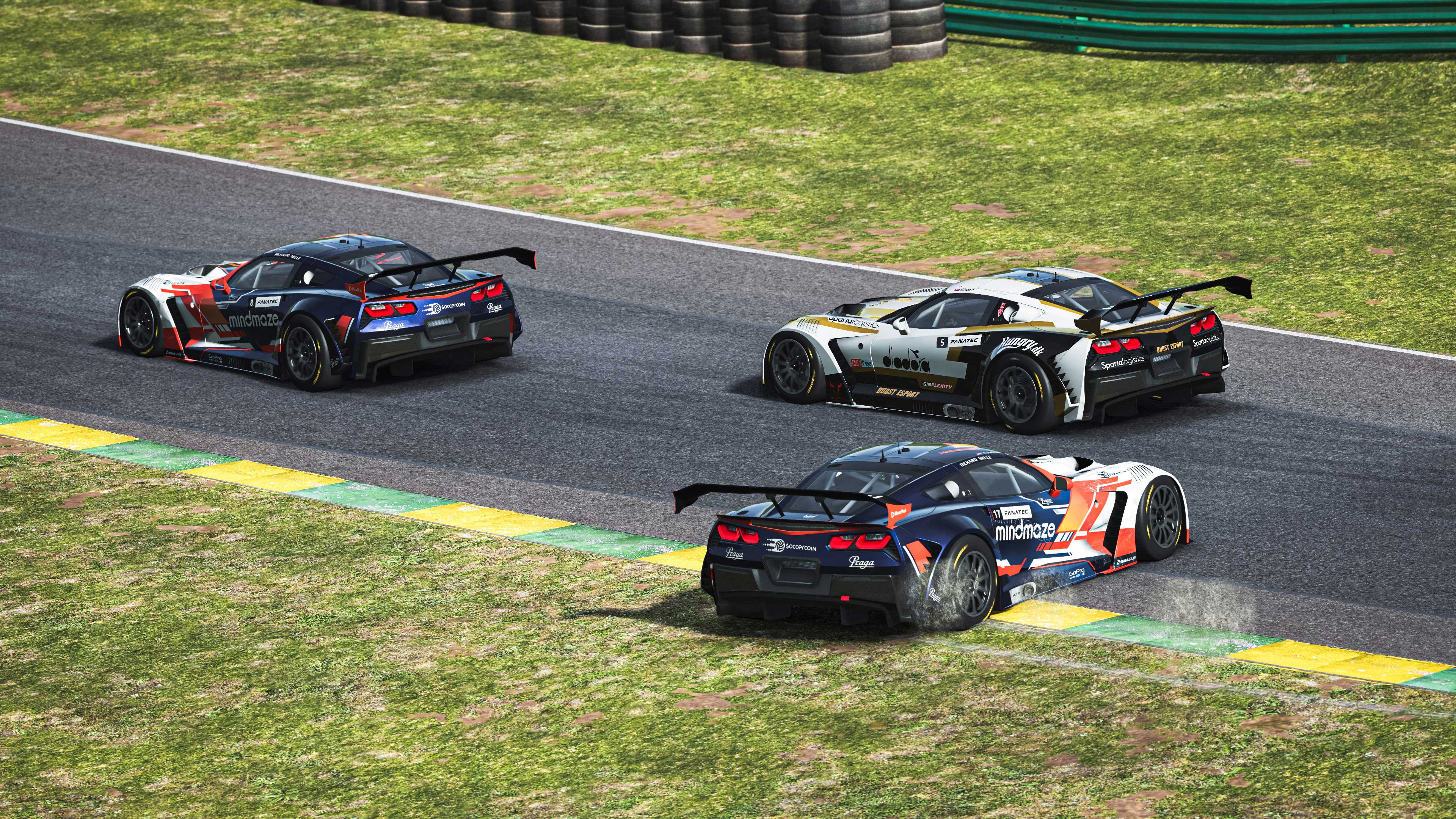 In the course of the 45-minute long feature race, Alsabti and Kasdorp kept trading the top two positions, with Alsabti overtaking Kasdorp on five separate occasions.

The racing between the two teammates was clean until the final lap when Kasdorp went to pass Alsabti at the Turn 14 chicane.

They went side by side with Kasdorp on the outside on entry to the corner, but Alsabti hit the side of Kasdorp’s car to send him spinning.

Jernej Simoncic, who fought his way up from eighth on the starting grid and was within a second of the pair ahead of him, inherited the second place from the crash between the R8G esports drivers.

Kevin Siggy was the highest placed driver not in a Corvette as he crossed the line in third and just ahead of championship leader Erhan Jajovski who got ahead of Joonas Raivio on the second to last lap.

Kasdorp recovered from his spin to finish in sixth place.

The second half of the six round championship starts in two weeks time and at the first non-US based circuit as the fourth round in the GT Pro Series will be held at the Nurburgring. 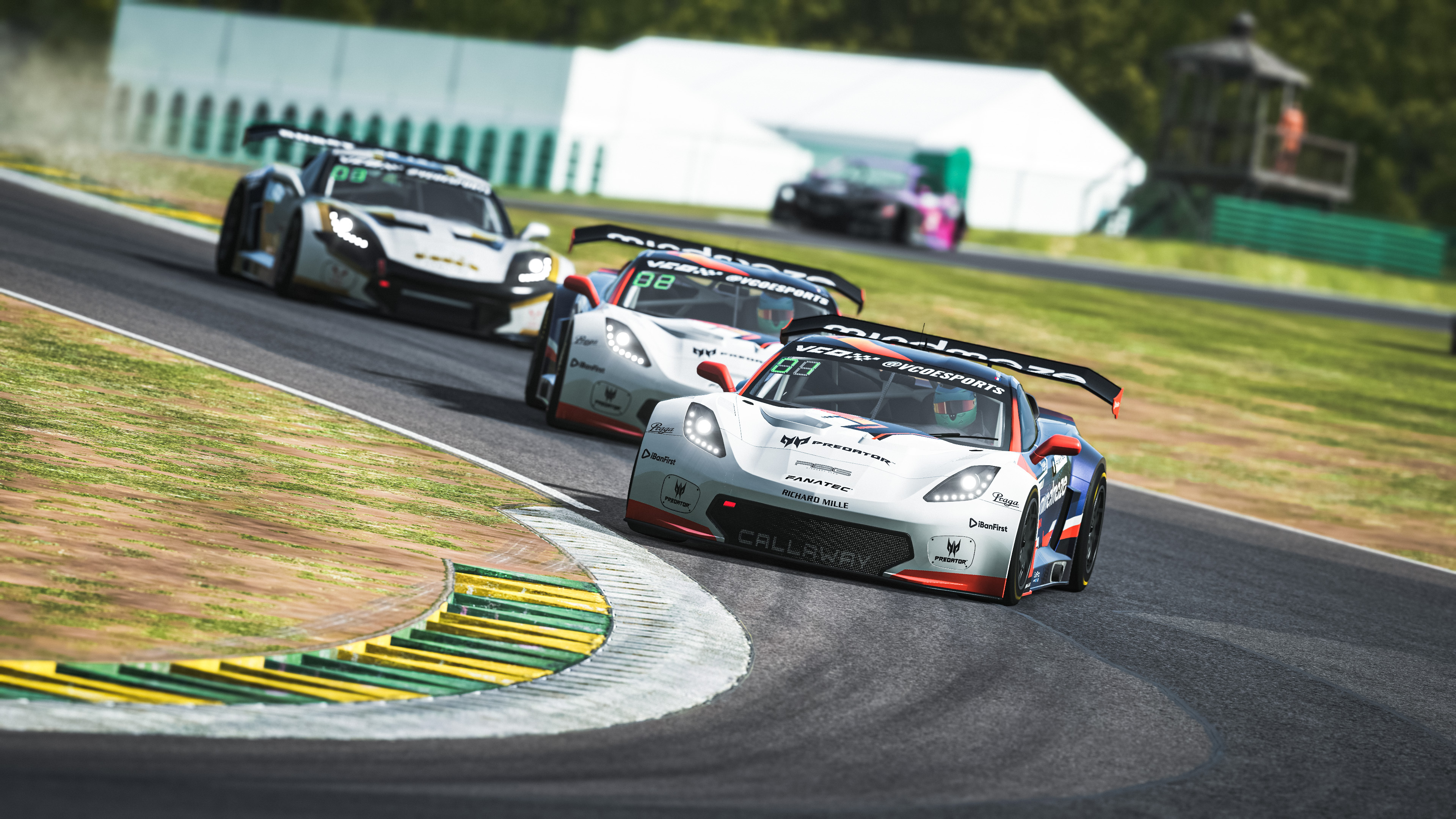