The two drivers had a best of three contest made up of single lap races around Spa-Francorchamps.

In the first race, Norris took the race lead as Daly went wide on the exit of the first corner.

That switch of positions played out to the YouTuber’s benefit as he overtook Norris on the Kemmel straight to take first place back.

The two then ran side by side for the remainder of the second sector, but Norris ended up in the tyre barrier on the exit of Stavelot which meant it was first blood to Daly.

In the second race, Norris started on pole position but seemed to deliberately go slowly around La Source so he could fall behind Daly and get the tow from him.

Norris fell too far back to make a move at the end of the Kemmel straight but he caught up throughout the lap.

A desperate move from Norris in the middle of the bus stop chicane sent both drivers spinning, but Daly let Norris take the victory so it could go to a final, winner-takes-all race.

For the final race, Daly started on pole but Norris got the better launch and lead up through Eau Rouge.

Daly used the slipstream effect to overtake Norris and lead into Les Combes.

The McLaren driver refused to let the position go for good and the two ended up running side by side around the high-speed Blanchimont turn.

Norris had the inside line for the entry to the bus stop chicane and used that to get in front of Daly and take the overall win of the first Veloce Versus contest. 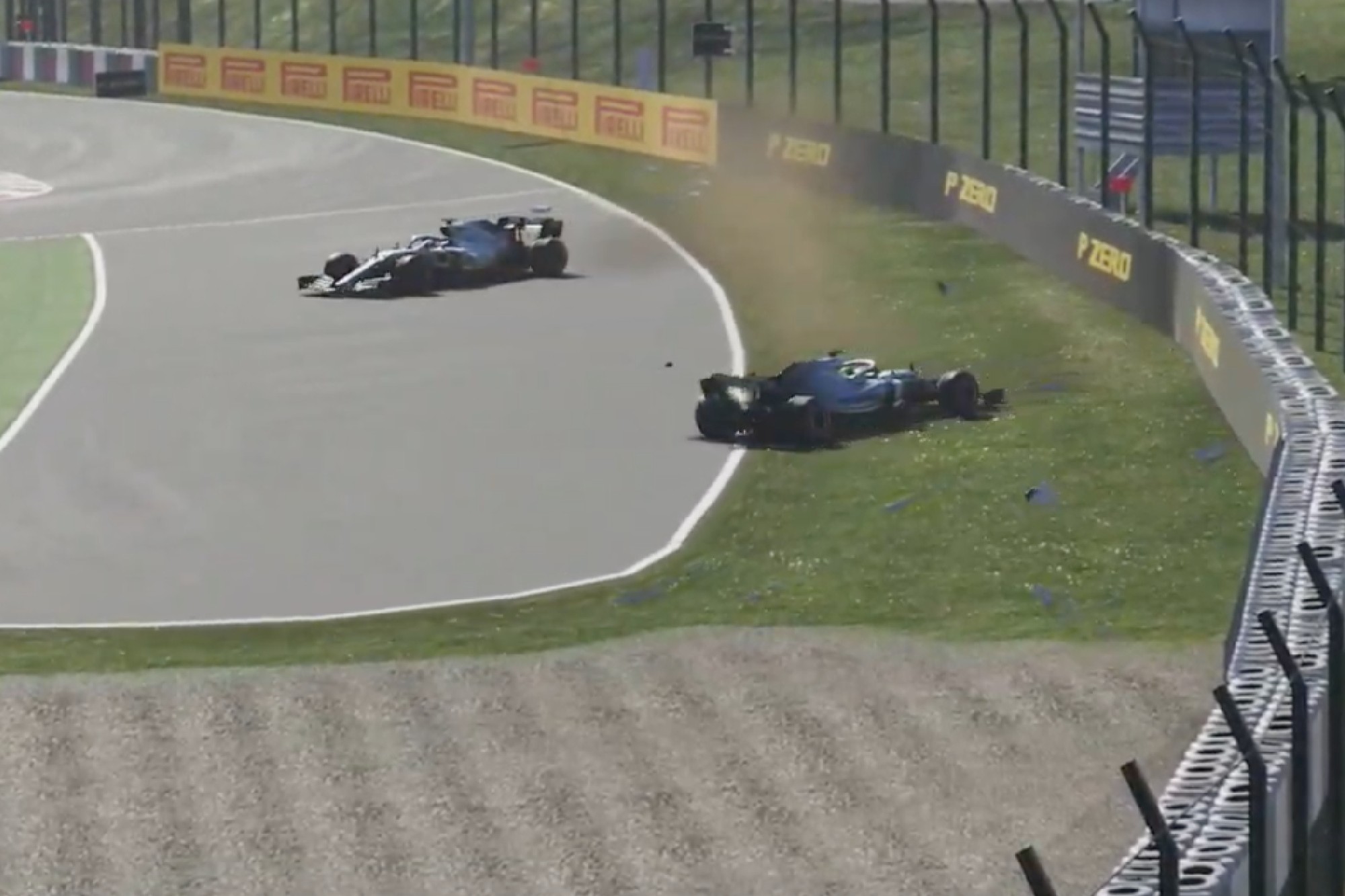 On his way to the final Norris had to beat Japanese Formula 3 champion Sacha Fenestraz in the round of 16, and popular YouTuber Willne who had been ahead of Norris for the majority of that quarter-final showdown.

In the final of three races between them around Suzuka, Norris led into the final chicane but Gutierrez shunted Norris’ car and sent him skidding away from the track.

Gutierrez crossed the line in first but the stewards handed the victory to Norris who decided to reverse across the finish line.

That wasn’t the first time Gutierrez got involved in some contact heavy action, although the earlier incident wasn’t solely his fault.

Gutierrez and Stoffel Vandoorne – also a reserve driver for the Mercedes F1 team and one of its Formula E drivers – went head to head in a quarter-final heat at Monza. 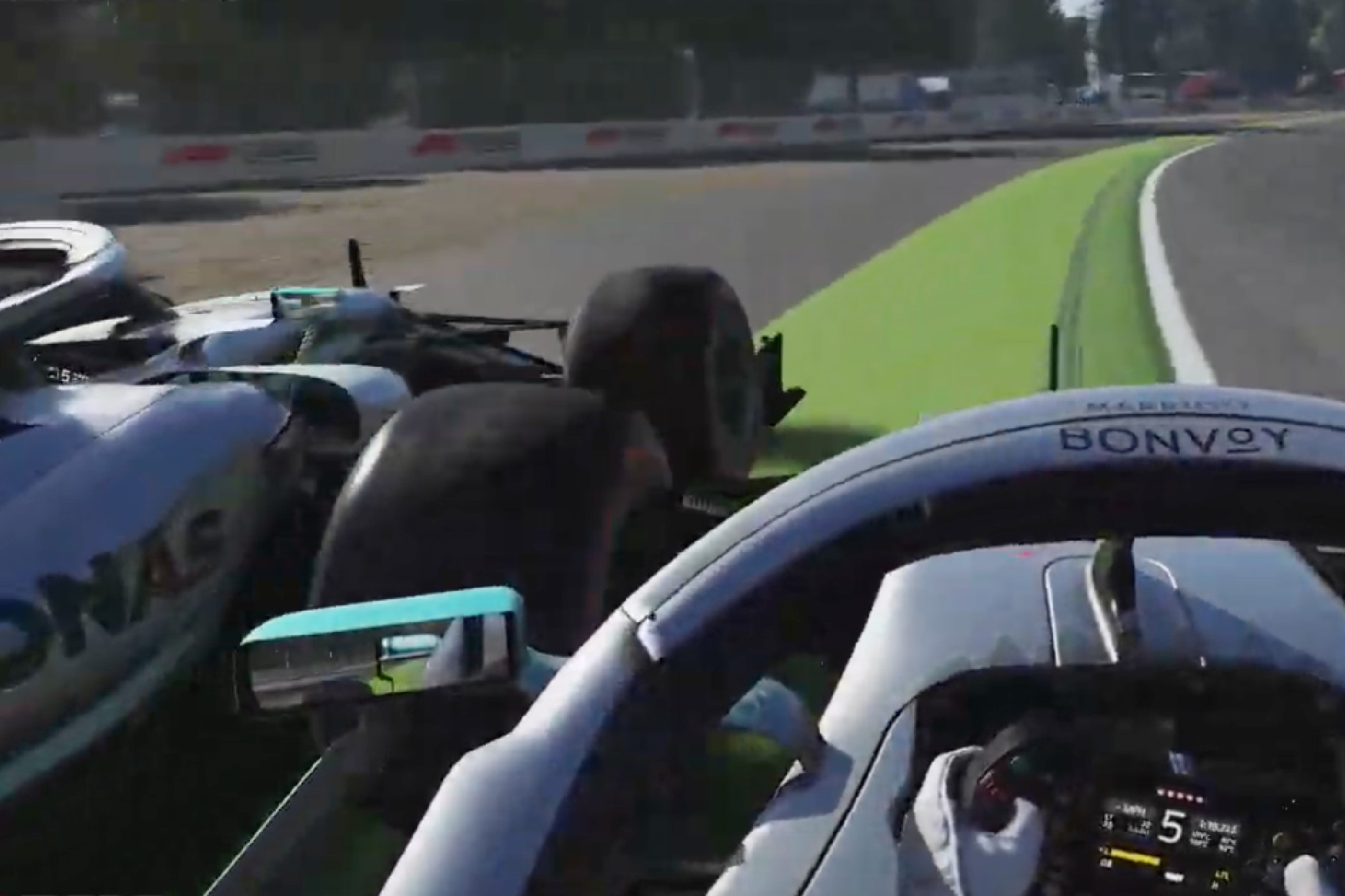 Gutierrez was ahead of Vandoorne on the run to the final turn but Vandoorne went for a gap down the inside.

Vandoorne tried to force his way through but in doing so he pushed Gutierrez off and into the gravel on the outside of the Parabolica corner.

On that occasion, Vandoorne was disqualified and so the race win was given to Gutierrez.

“Congrats to Ben because he was fast,” Norris said.

“We had a good race, especially race one I think it was when we were side by side for literally the whole lap until… I was going to say Ben put me in the wall but he didn’t

“It was close and it was fair and Ben was the team player.

“Ben’s fast, especially when you go to the tracks I haven’t driven so much in this game.

“But Ben seems to be pretty good in all of them so I think when we both but the practice in we’re fairly equal.”