The two Montenegro brothers, who represent Suzuki and KTM, shared the race victories in the second Global Series round of the MotoGP eSport Championship.

Williams Esports’ Adrian Montenegro took pole position for the first of the two races, which was held at the Red Bull Ring, beating reigning champion AndrewZH, real name Andrea Saveri, to pole by almost three tenths of a second.

Montenegro got a clean getaway and didn’t get caught in the opening lap battles to pull away from the other riders and take his third win of the 2020 series. 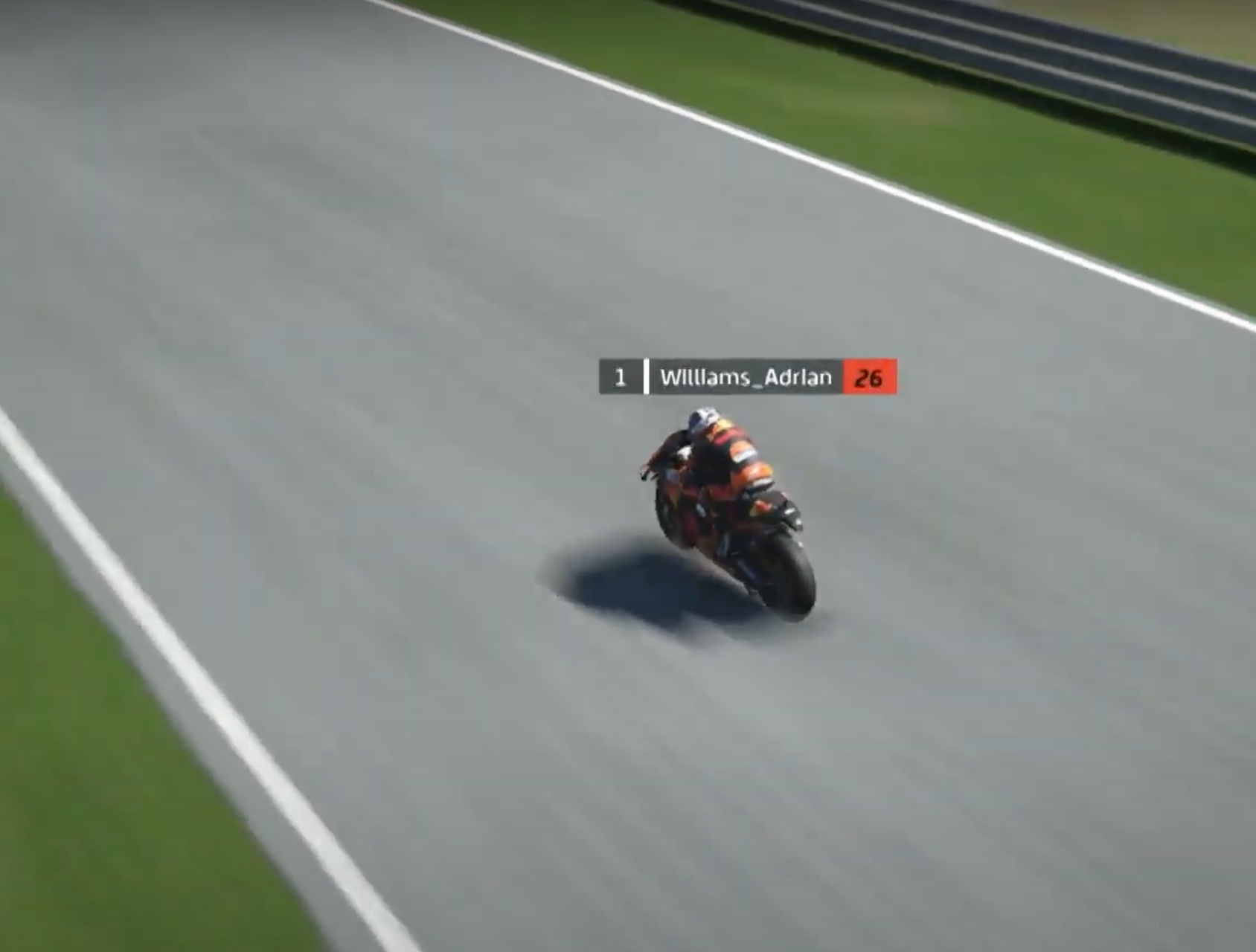 His brother, and fellow Williams’ Esports MotoGP player, Cristian Montenegro qualified in third and despite passing the reigning champion Saveri, who was pushed wide at Turn 3, he exited that corner still in third place.

Juan Antonio Nunez, known as Juan_nh16, stuck to the apex of Turn 3 and missed out on the melee to get a clean run out of the corner for second.

At the very next corner though he outbraked himself and gave Cristian Montenegro the space to get ahead to make it a Montenegro brother 1-2 once the chequered flag was waved.

The top three maintained their positions after the first few corners, but behind them there was a three-way battle for fourth place featuring the two previous MotoGP eSport champions, Saveri and Lorenzo Daretti, along with EleGhosT555, real name Francisco Javier Santiago.

Lap five proved to be the pivotal moment in that fight for Saveri as he ran wide at Turn 3 so dropped from fourth to sixth.

At the same corner on the following lap, Santiago tried to go up the inside of Daretti and in doing so bumped the two-time champion out wide.

That contact gave Santiago his eventual finishing position of fourth, but it also demoted Daretti to sixth as Saveri got the better run from the exit of Turn 3 and passed him on the run to Turn 4.

The fourth race of the championship and the second in this Global Series round was held at the Sepang International Circuit and Adrian Montenegro took pole position again with his brother Cristian in second on the starting grid. 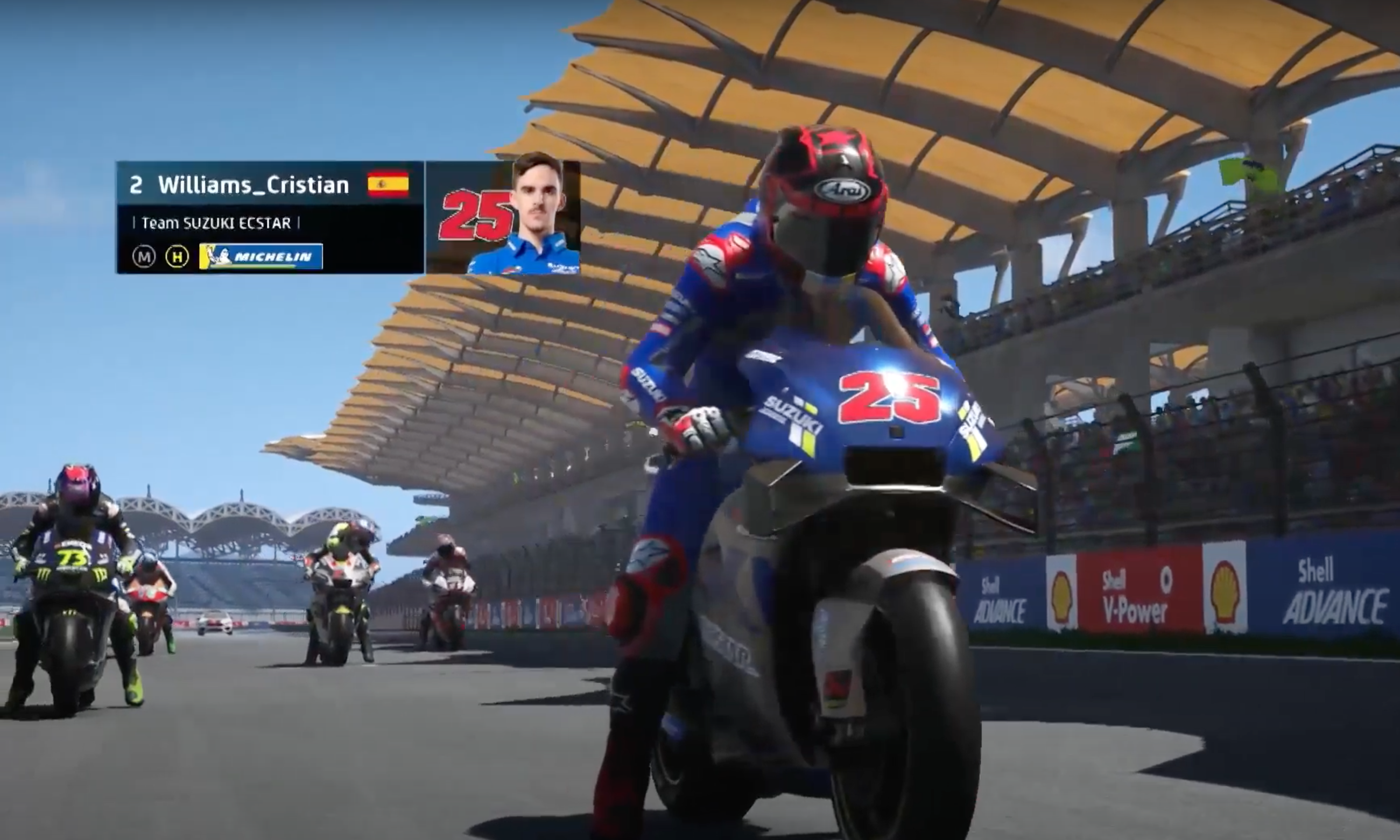 It proved to be Cristian who had the underlying pace as he capitalised on his brother running deep into Turn 1 and compromising his run into Turn 2, allowing Cristian to swoop around the outside for the race lead and an unchallenged win.

For the two previous MotoGP eSport champions it proved to be a tough race as 2017 and 2018 champion Daretti fell off his bike after making contact with Nunez when attempting to overtake at Turn 6.

The 2019 champion fell off twice in the eight lap long race, the first crash being at the start of the race when he hit the rear of Nunez’s bike under braking for the first corner. 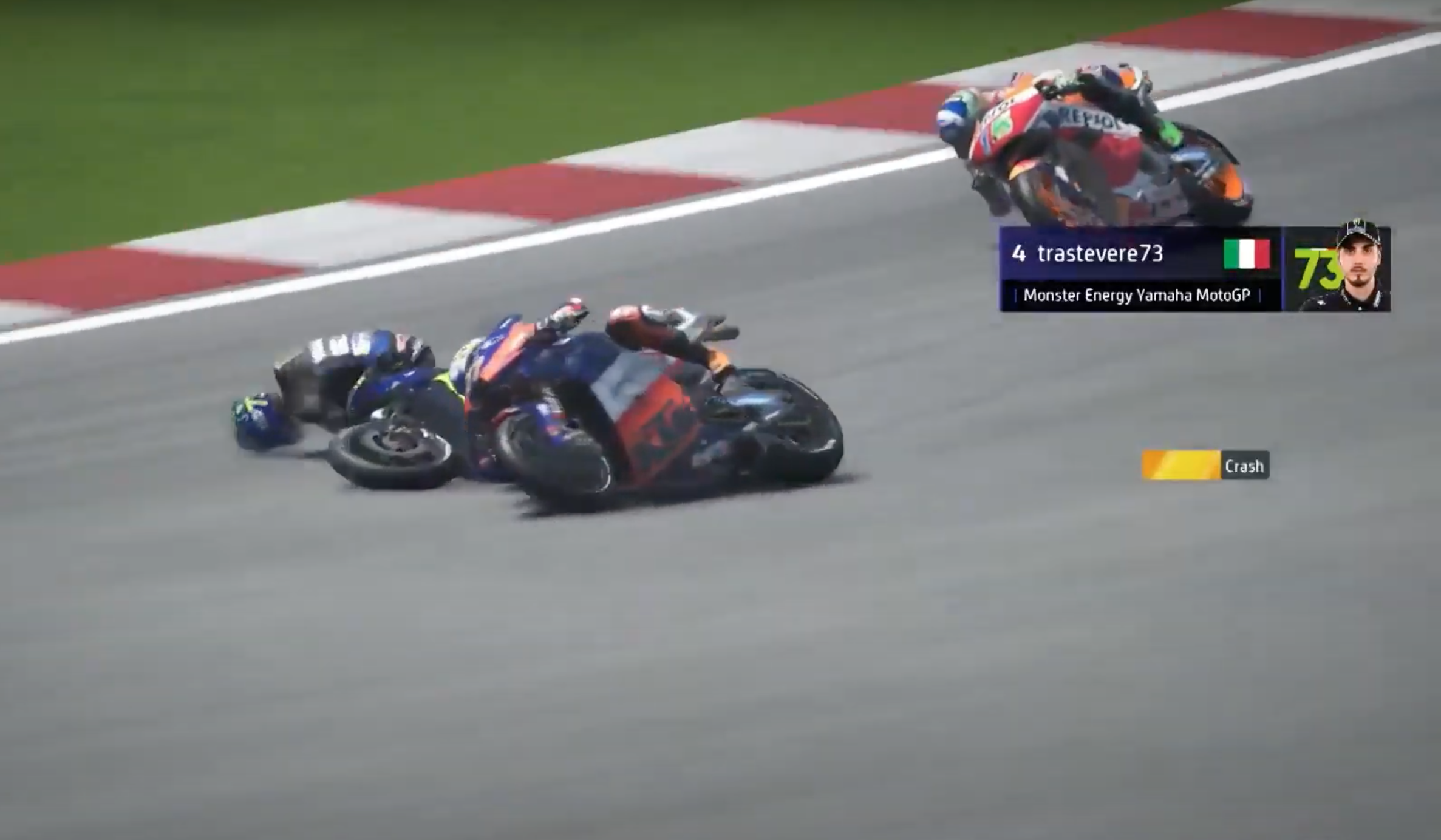 He recovered up to fifth but fell off again when Sanshoqueen, real name Mulkanarizky Kane, braked far too late for the final corner and T-boned him.

Daretti finished the race in fifth with Saveri coming across the line in ninth despite falling off twice.

Nunez finished in third place in both races, both times losing out to the Montenegro brothers.

With three race wins and a second place to his name Adrian Montenegro has scored 95 points, 29 more than his brother who is second in the standings.

Two-time champion Daretti is third in the championship with 61 points, while defending champion Saveri is fifth with 44 points. 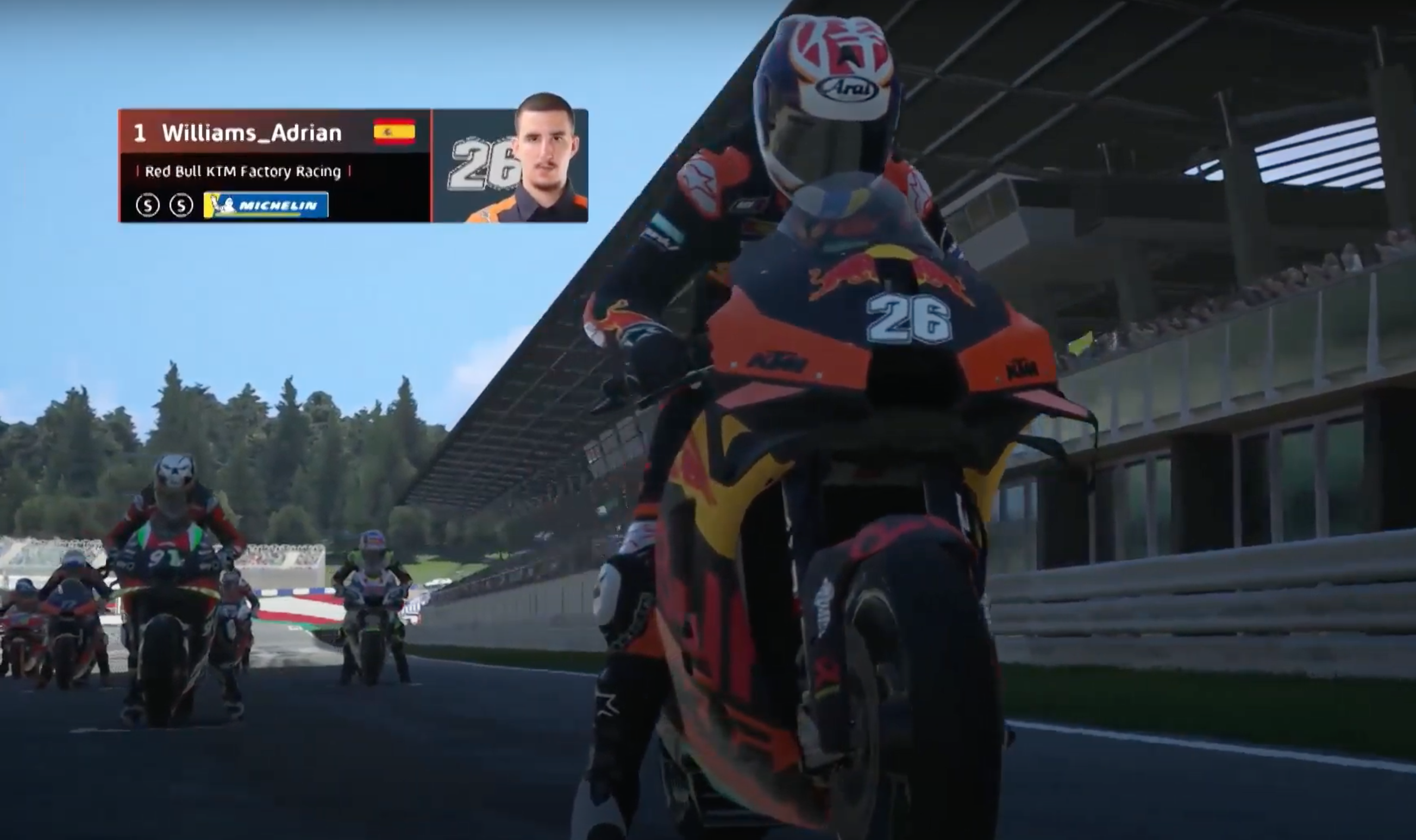