He ends the season one point ahead of title rival and 2019 champion Jannick Bock, although the final race was marred by dirty and dangerous driving as both Evolution Motorsports and Edonis Engineering looked to get their lead driver into a championship-winning position.

Edonis’ Maguire entered the final round of the season, held at Interlagos, two points behind Evolution’s Bock.

In qualifying, Maguire took pole position by a quarter of a second over Jernej Simoncic in second with Bock starting the race from third.

An ideal launch from the grid put Simoncic into the lead of the race with the two title rivals next to each other on the circuit.

Into Turn 4 Maguire had to go defensive and take the tighter line into the corner, but he and Bock banged tyres which compromised Bock’s exit from the corner and put him down to fourth place. 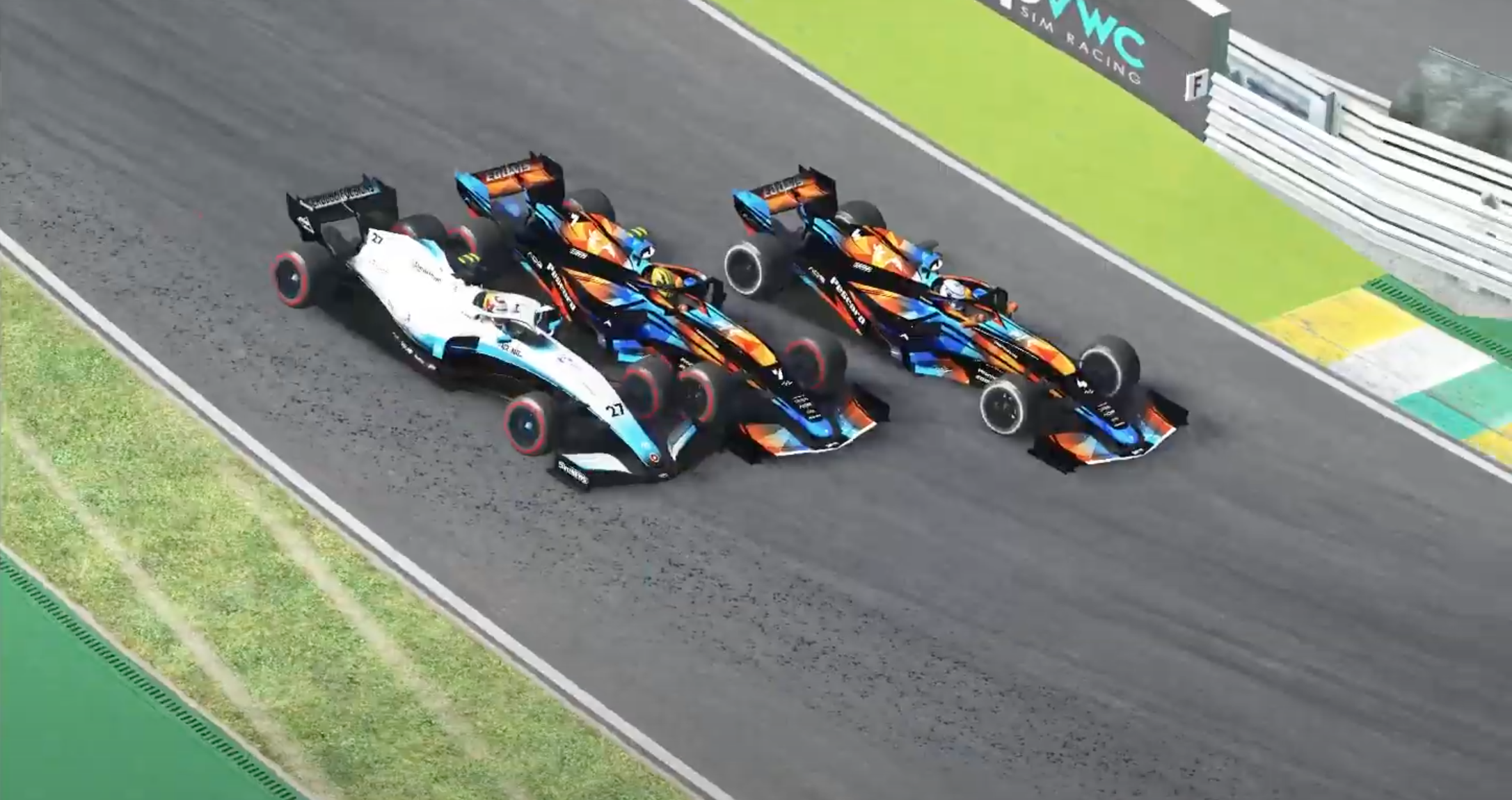 Bock moved back into third as he pulled alongside Maguire’s teammate Liam de Waal on the run to the first corner and took the inside line to pull off the move.

On the fourth lap, de Waal tried to retake the final podium position with a late diving move up the inside of Turn 11, but he hit the rear of Bock’s car and spun him around 180 degrees in what was a racing incident.

As he tried to turn his car around, Bock pulled out in front of Adriano Oppecini with the two making contact, losing their front wing’s and being forced to pit for new ones.

The other Evolution Motorsports’ driver of Dennis Jordan stopped for a second set of softs during the pit stop phase which he used to cut his way through the rest of the front runners who stopped for hards.

Once Jordan got ahead of Maguire he blocked the Edonis driver and slowed him down by backing off the throttle down the straights.

This bunched the pack up and once anyone passed Maguire, Jordan would let them pass him easily as he attempted to back Maguire up to outside of the points positions. 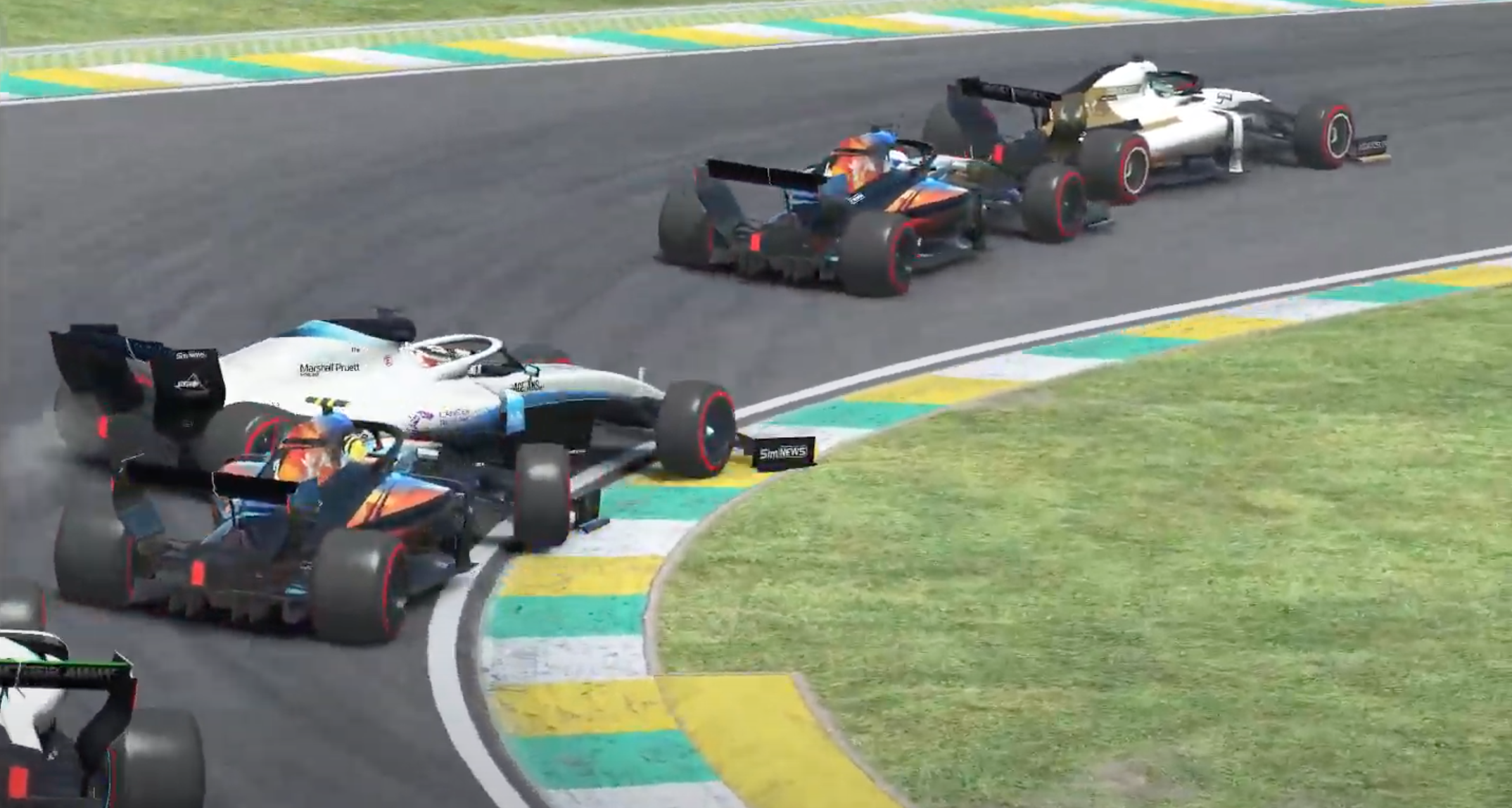 De Waal was in the lead of the race but sacrificed his race to help his teammate Maguire’s chances of winning the championship.

The two Edonis drivers ended up teaming together as de Waal deliberately slowed to fall behind his Jordan.

With Jordan unable to prevent Maguire from overtaking him he then cut across the Senna S to get back ahead of Maguire and de Waal, before definitively ceding both positions a few corners later.

At the end of the race, Maguire finished in 11th, scoring five points, despite being in contention to win the race after the first round of pit stops.

Meanwhile defending champion Bock only recovered to 14th place which meant he scored two points, ending the season one point behind Maguire. 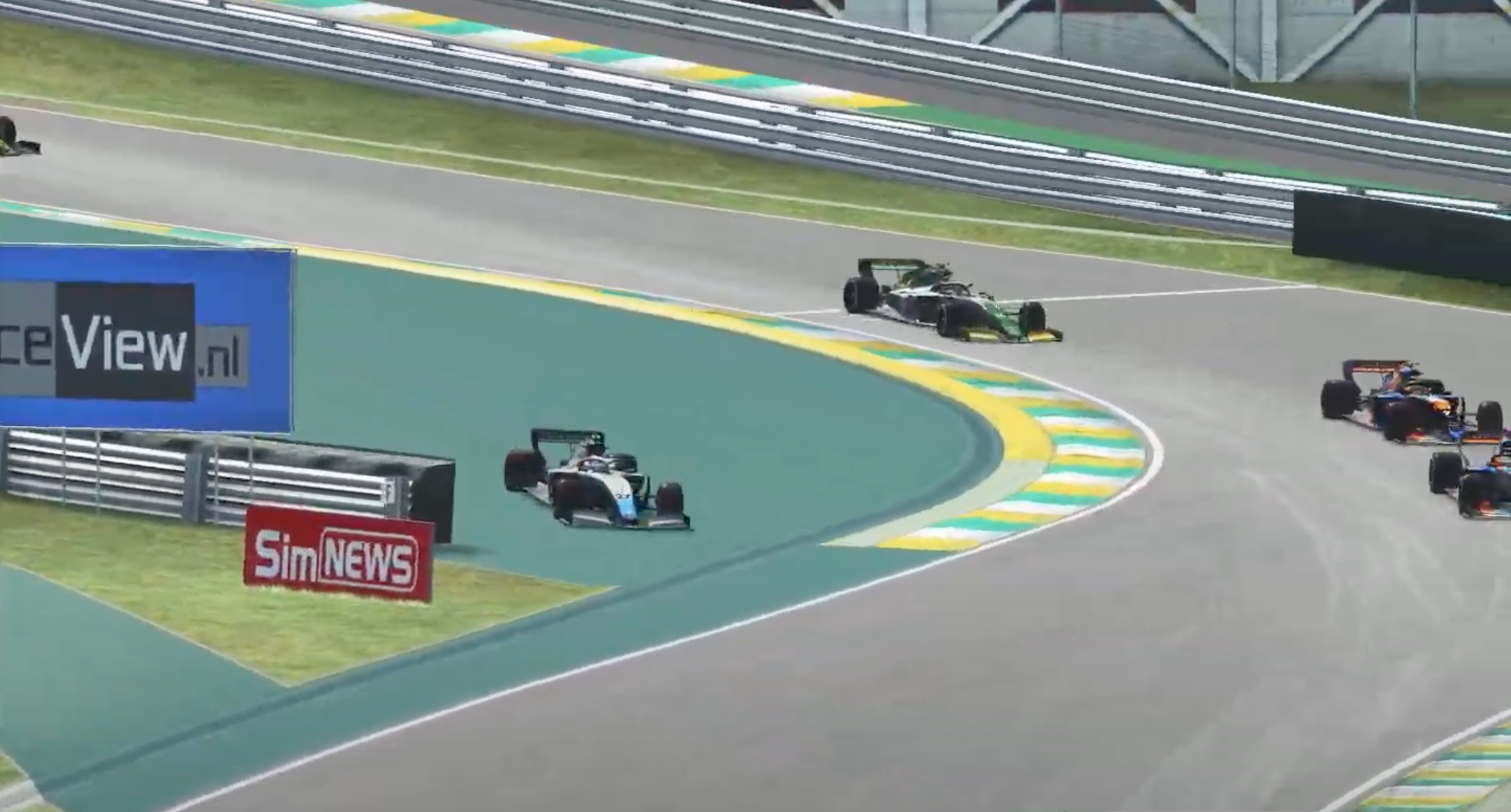 The lack of points scored by both of the top two teams also means Edonis Engineering maintained the lead of the constructors’ championship as they had a 30 point advantage over Evolution Motorsports’ before the final round of the season.

Up at the front, Germano Zappala won after adopting a different tyre strategy, starting the race on the hard compound tyres and ending on the mediums.

Jernej Simoncic crossed the line in second with Eros Masciulli in third and Collin Spork, in his debut Superleague race, in fourth. 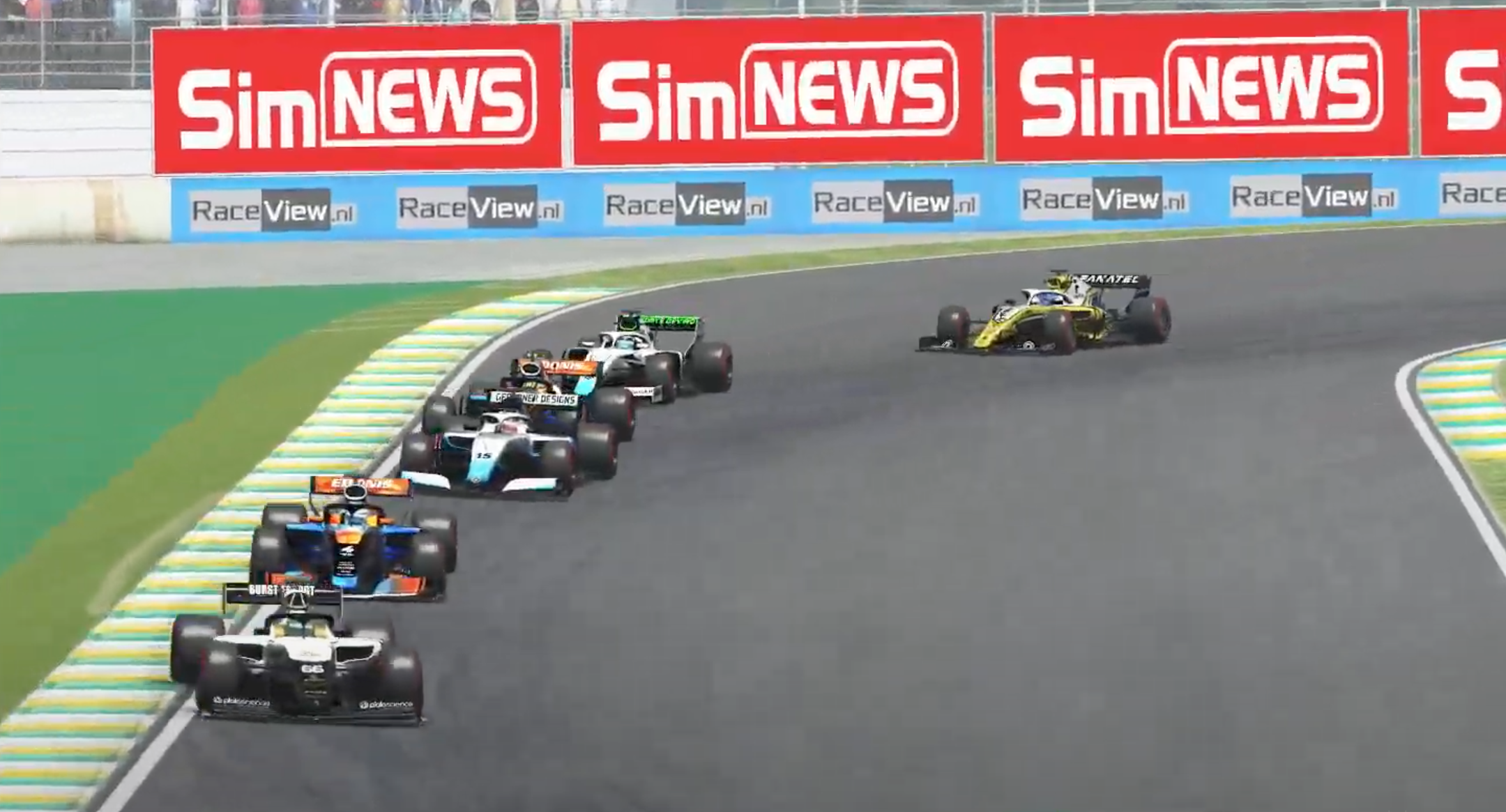