Dennis Jordan took his second race win of the 2020 GPVWC Superleague season in the series’ Singapore Grand Prix after polesitter Jernej Simoncic made an error.

Simoncic held first until lap 17 of 61 when he ran wide at the exit of the tight Turn 14 right-hander, allowing Jordan to pass him on the inside for first place.

Jordan went on to win with an eight second margin over Simoncic with Jordan’s championship-leading Evolution Motorsports team-mate Jannick Bock in third.

A good launch from the starting grid had initially moved Fabio Sixta from fourth to the final podium place as he passed championship leader Bock.

Unfortunately though Sixta disconnected from the race just one lap after the change in leader.

The front two opted for one stop strategies and pitted for hard tyres during the first pit phase, which took them to the end of the race.

Meanwhile Bock and Liam de Waal pitted a few laps earlier and went onto the medium compound tyres to pull off a two stop strategy.

De Waal’s one lap undercut on Bock meant he caught up to the reigning champion, closing down the two second gap that existed before either stopped.

The Edonis Engineering driver first went to the inside of Turns 7 and 8 but was unable to pull off the overtake as he had the outside line for Turn 9.

The pair went side by side into Turn 10 and made contact, forcing de Waal to cut Turn 11 and get ahead of Bock before ceding the position.

When Bock and de Waal pitted for a second time they rejoined the field one place further down as Robin Pansar rose to third by pitting once.

On fresh soft compound tyres Bock was initially two seconds per lap quicker than leader Jordan, although he started his charge 21 seconds down on his team-mate. 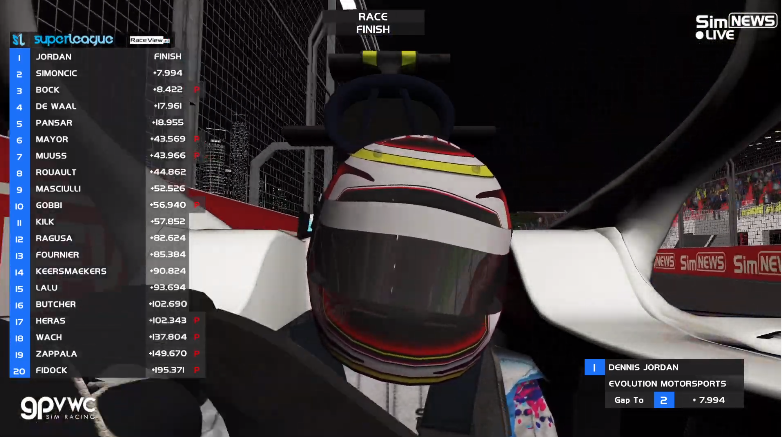 With six laps of the race left Bock overtook Pansar with a move that started by lunging down the inside of Turn 7 and ended by getting a better exit than Pansar from Turn 9 by running on the inside.

Bock caught up to Simoncic on the final lap but ran out of time to pass him, finishing the race half a second down on the Scuderia Basilea driver.

The driver who’s second in the championship, Adam Maguire, didn’t take part in the Singapore Grand Prix and so the Edonis Engineering team’s emergency driver Geoffrey Fournier stepped into his car.

Fournier qualified in 11th and ended the race two spots further down the order in 13th, scoring three points for Edonis.

The Irishman still sits second in the standings and 30 points clear of Simoncic in third.

Round 13 of the championship will take place at the Sochi Autodrom on September 10. 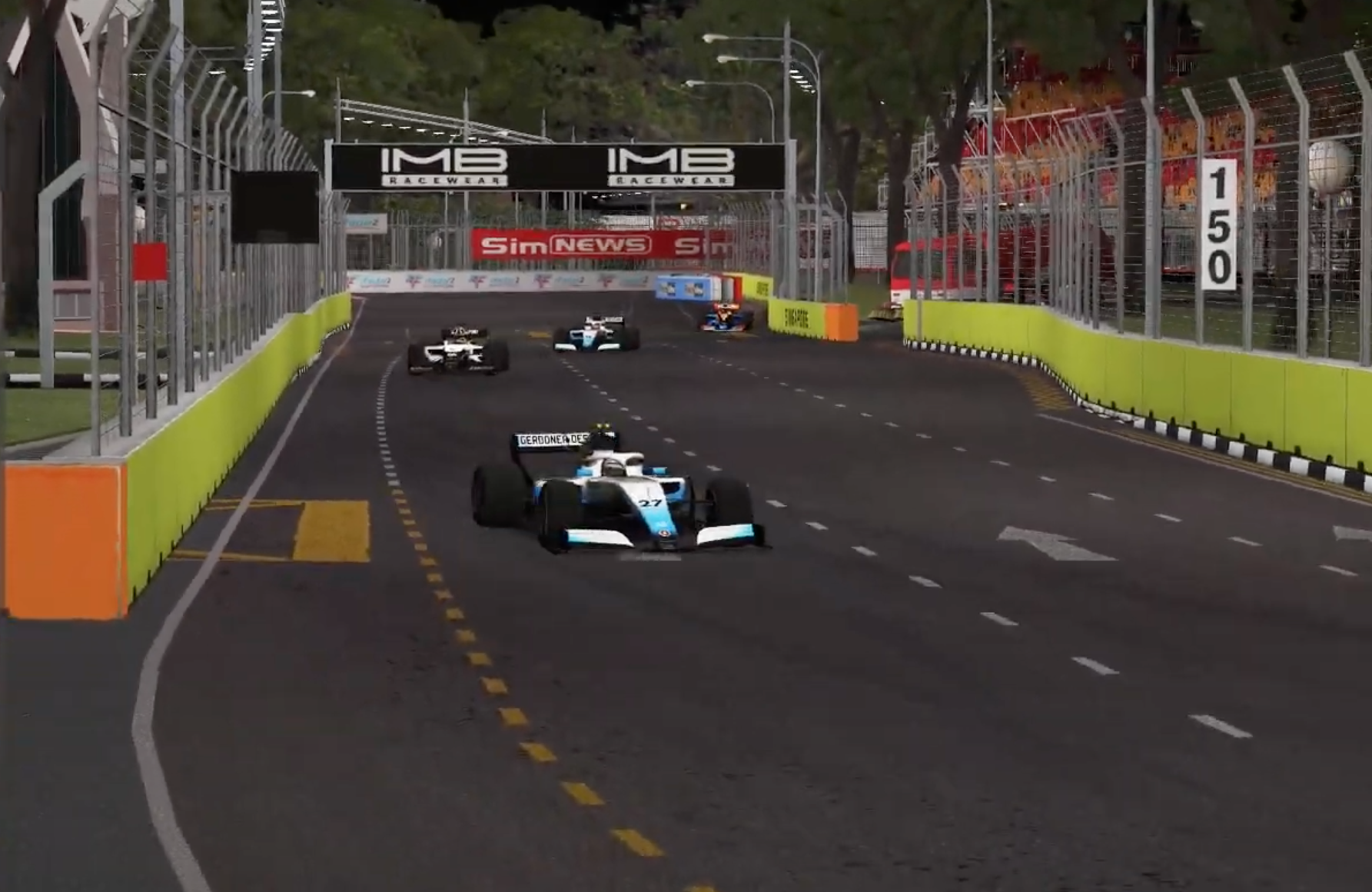