Dennis Jordan took his first race win of the Superleague season in the GPVWC’s Belgian Grand Prix as greater straightline speed and softer tyres helped him get ahead of the two Edonis Engineering cars.

Jordan started eighth on the grid and gained three positions on the opening lap.

Before he pitted he overtook Jernej Simoncic for fourth and fitted the medium tyres whereas the two Edonis Engineering drivers of Adam Maguire and Liam de Waal, who locked out the front row in qualifying, opted for the hard tyres.

After the pit phase Jordan caught up to and overtook polesitter Maguire, who had a slow pitstop and minor car damage.

Jordan then made his way past his Evolution Motorsports team-mate Jannick Bock and de Waal, both via DRS aided passes down the Kemmel straight. 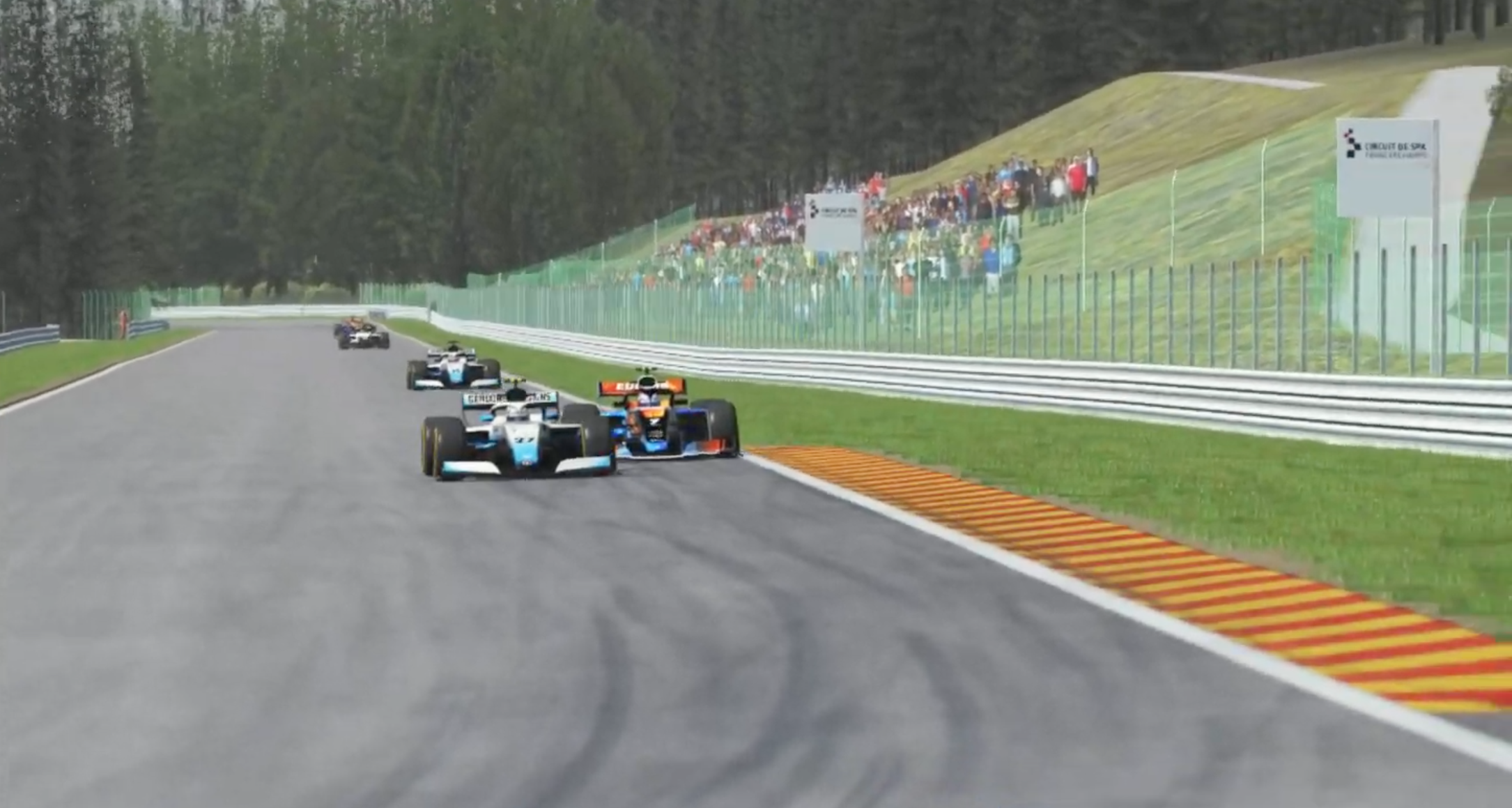 Bock later got ahead of de Waal for second as the Edonis cars lacked straightline speed compared to Evolution Motorsports.

Jordan and Bock pulled away from the rest of the pack, and didn’t swap positions despite Bock being in championship contention whereas Jordan is not.

In the final few laps Simoncic caught up to de Waal with the two drivers trading places in the fight for third, allowing Maguire to catch back up.

With four laps to go de Waal was left defenceless as the two drivers behind had DRS and demoted him to fifth.

It was Simoncic who moved into the final podium position, but Maguire hit the rear of Simoncic’s car and sent the Burst Esport driver skidding into the gravel and the tyre barrier.

Maguire stayed ahead of team-mate de Waal to finish third with Simoncic’s team-mate Robin Pansar a further four seconds down the road in fifth.

Simoncic sustained heavy damage but was able to carry on, albeit falling to ninth place.

Simoncic is still third in the drivers’ standings despite his crash.

De Waal isn’t in contention for the Superleague title as he took over the second race seat at Edonis Engineering midway through this season.

However, since he won yesterday’s Superleague Lights Belgian Grand Prix and took his 10th consecutive race win in the process, he’s already secured the drivers’ title in the lower series.

The next Superleague race will be on August 13 with the Italian Grand Prix at Monza. 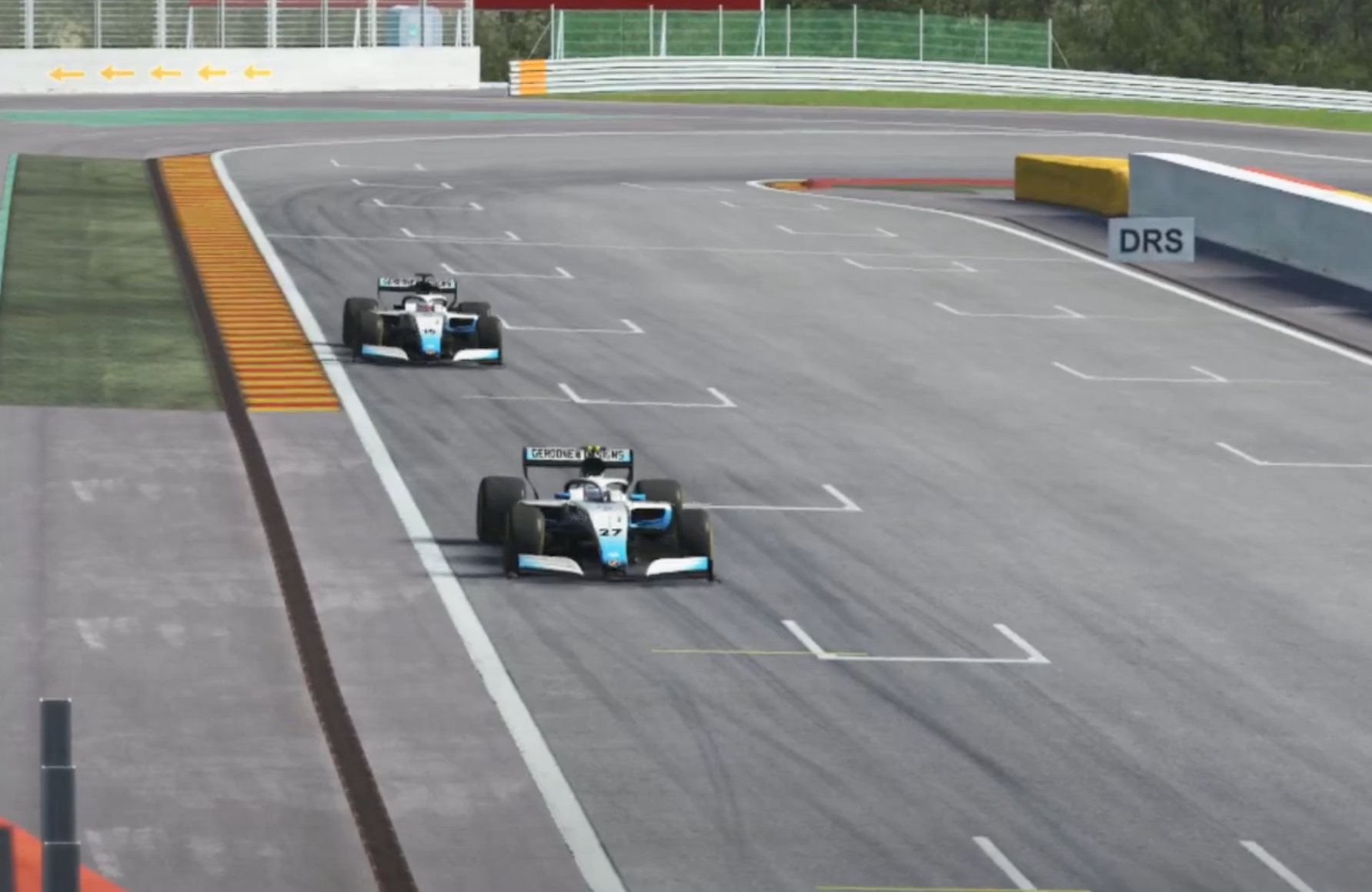