Sebastian Job retained the Porsche Esports Supercup championship lead but has had his points advantage closed after losing to Josh Rogers in both the sprint and feature races at Le Mans.

The Porsche Esports Supercup visited Le Mans earlier in the year for what was meant to be the fourth round of the season, but the race results were discounted due to a technical issue that meant the sprint race ran for one lap longer than intended and resulted in drivers running out of fuel.

In today’s re-run, Rogers reduced his points deficit marginally in qualifying as he took pole position for the seventh time this season, scoring 10 points compared to Job who was the third fastest and netted six points.

Alejandro Sanchez was unable to set a time in qualifying and so started the race at the back, which effectively ruled him out of the championship contention.

Another title challenger who was ruled out of contention was Maximillian Benecke who was suspended for this round after causing an avoidable collision with Rogers in the previous event at the Nurburgring. 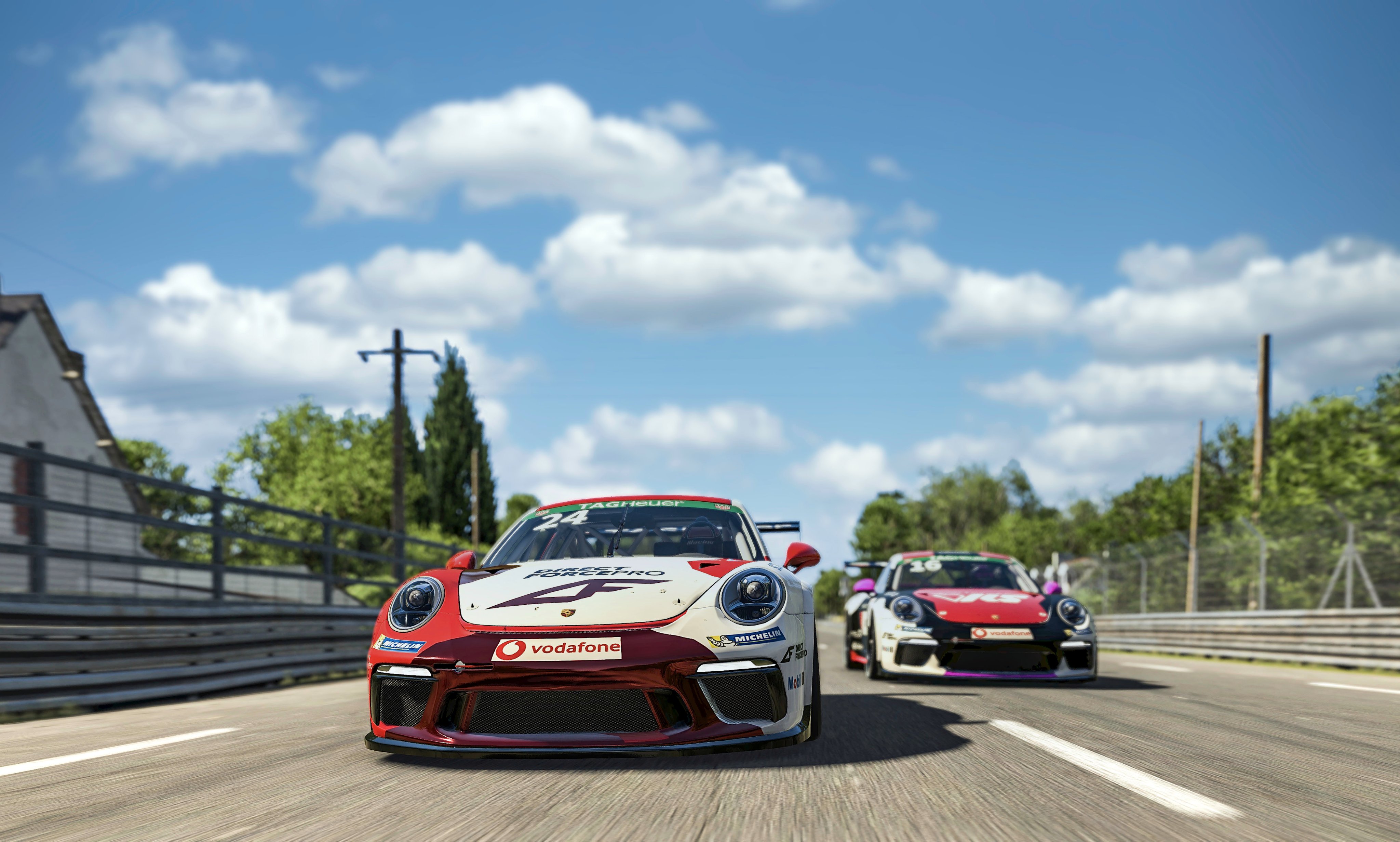 Carroll overtook deJong at the end of the Mulsanne straight on the opening lap to take the lead of the race, but deJong returned the favour a lap later with a slipstream aided move into the second Mulsanne chicane.

From then deJong was able to pull away from the rest of the field to claim first place in the sprint race, but behind him there was a lot more action.

A mistake for Dayne Warren allowed Rogers up to seventh and directly behind championship rival Job.

Job had track position over the defending champion until he tried to go around the outside of Coanda Simsport driver Tommy Ostgaard at Mulsanne corner, but failed and had his exit from the turn compromised and lost a position to Rogers on the run to Indianapolis.

On the final lap Rogers passed his team-mate Ostgaard for fifth and joined the tail end of a four way fight for second place.

Three cars ran side by side on the run to Indianapolis with Jamie Fluke in the middle, Carroll to his right and Tuomas Tahtela to his left, Rogers was sitting just behind that group.

At the right hand kink before Indianapolis Fluke was squeezed by the drivers either side of him which caused him to spin out and go straight into the barrier on the exit of the corner. That took him out of the race.

Tahtela was pushed wide as a result of that contact, allowing both Rogers and Job past and into the top five.

Rogers gained yet another position later in the lap as he took the inside line at Porsche Curve to pass Carroll for second.

Job too made another place although under more controversial circumstances, as he dived to the inside of Ostgaard at the Ford chicane, but clipped the back of his rival and spun Ostgaard around.

Red Bull had two of its drivers finish in third and fourth, with Ostgaard in 20th.

For the feature race Rogers and Job moved into the top two positions by the second lap, with neither driver struggling to get past deJong. 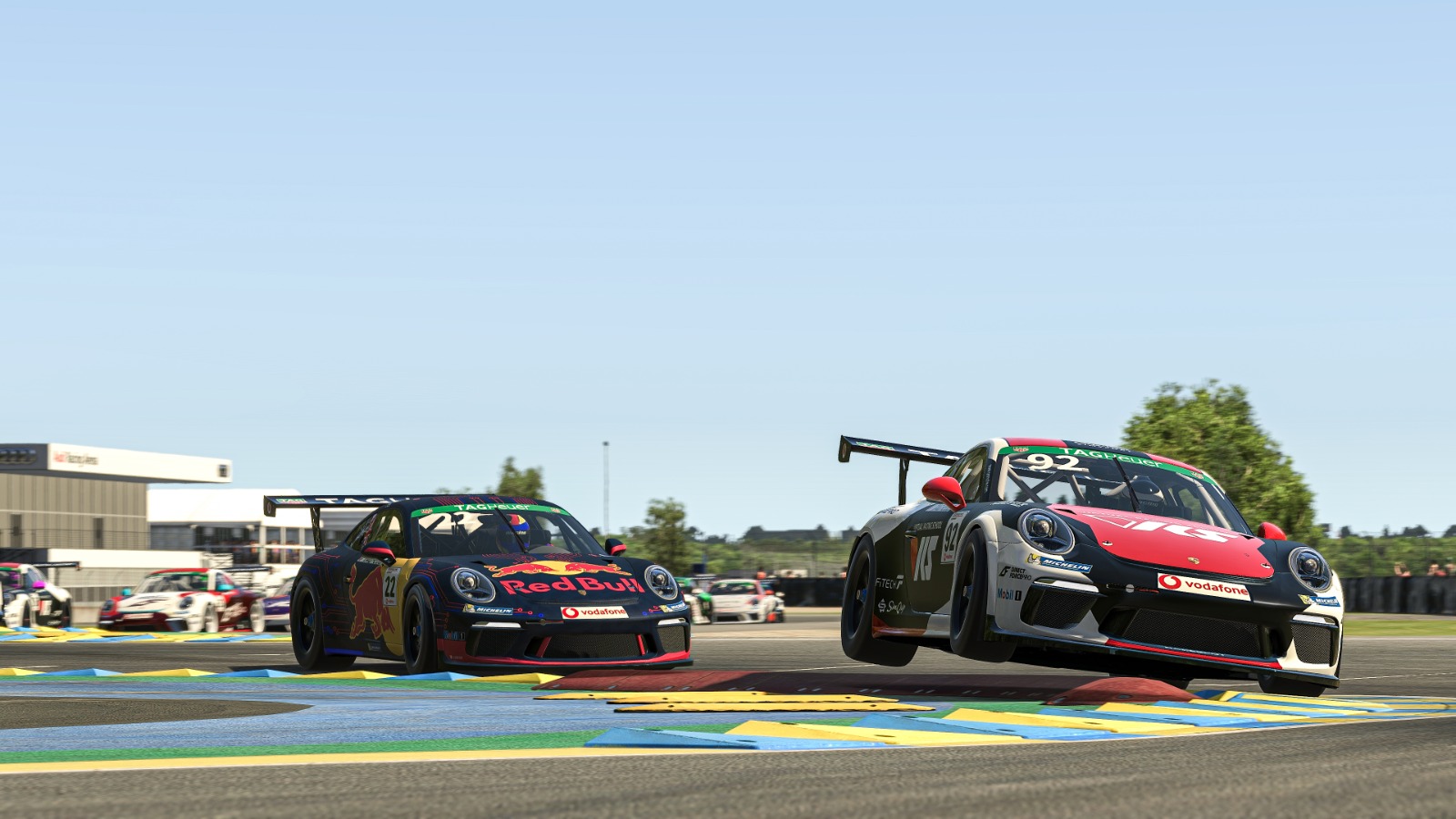 Job took first place temporarily as he slipstreamed past Rogers between the Mulsanne and Indianapolis corners, but Rogers took the position back again just two turns later at Arnage.

From there it was a quiet race for the top three with Rogers in first and outscoring Job by a further five points, deJong in third and five seconds ahead of fourth placed Warren.

Warren took the position away from Carroll, who lost touch with the top three and formed a big train of cars behind him.

Mack Bakkum also passed Carroll but fell far down the order after braking too late for Mulsanne, dropping him to 17th with Carroll holding onto fifth.

The 2019 champion Rogers is the only driver who can take the championship lead away from Job as he’s 71 points behind with one round of the season left to go.

Monza plays host to that final round on October 10. 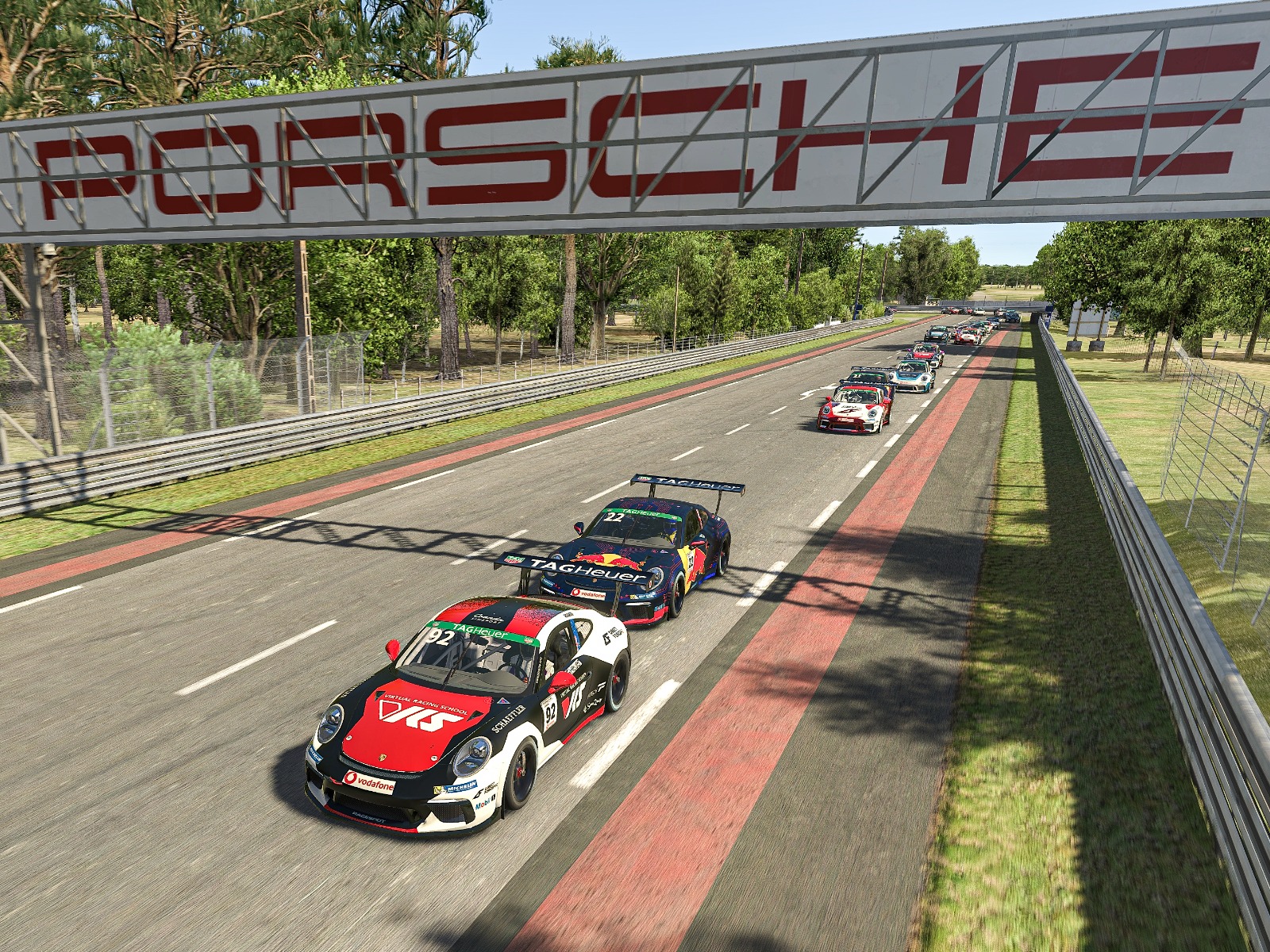